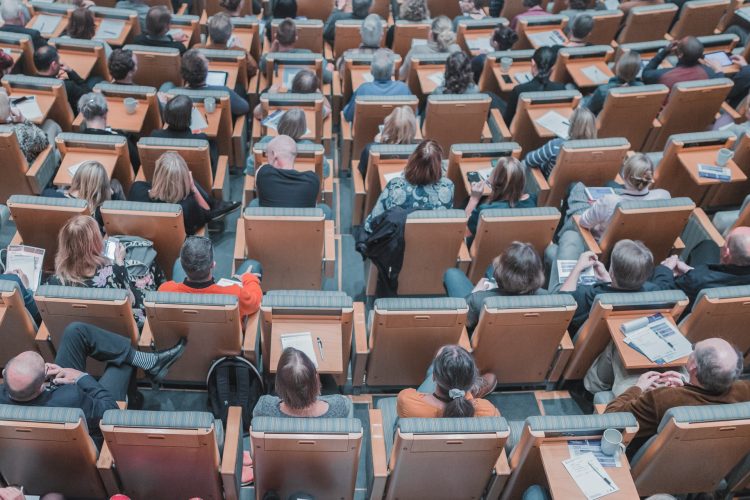 Antiracism should be a compulsory subject across all areas and levels of education. Photo by Mikael Kristenson on Unsplash

Improving racial literacy: what will it take?

Leading scholars have called for wide-ranging efforts to address low levels of racial literacy in Australia, including investment in race as an area of study within disciplines such as education, sociology, law and politics, as well as the sciences, technology and medicine.

Dr Debbie Bargallie, a Postdoctoral Senior Research Fellow with the Griffith Institute for Educational Research at Griffith University in Queensland, and Dr Alana Lentin, Associate Professor of Cultural & Social Analysis at Western Sydney University, have also called for antiracism to be made a compulsory subject across all areas and levels of education.

And they urge universities and schools to commit to promoting Indigenous scholars and scholars of colour to do race work safely and without obstruction across Australia.

Against the backdrop of a relentless pandemic and Black protest around the Global North, racial literacy is urgent. Bestseller lists and bookshop display tables are stacked high with volumes promising answers to questions about race.

While many, such as How to be an Antiracist or Me and my White Supremacy, are by Black authors, their intended readership is white. This audience perceives race as a mysterious topic despite the fact that its logics ground the political, social and economic systems of the settler colonies and the European nations that birthed them. White people are to be gently inducted into this knowledge so as not to pierce their fragile egos and turn them away from their job of being good antiracist allies.

Writing as long-time race critical educators and researchers, we are concerned about this dominant framing of racial literacy, and its translation in the Australian context. Misconceptions about the history and politics of race are not surprising given the lack of will in Australian education to invest in teaching and research on race and racism.

Looking at the universities, there is an almost complete dearth of units that tackle race as any more than an item on a laundry list of inequalities. There has also been a failure to recruit Indigenous and other racialised specialists to teach on it. Rather, as Distinguished Professor Aileen Moreton-Robinson has noted, Indigenous scholars in particular are cloistered outside of the disciplines in Indigenous Studies where a culturalist approach is more accepted by institutions.

This poses a problem for the attempt to provide education about ongoing racism. While the problem is systemic, it is incumbent on the educators who are currently putting themselves forward to do racial literacy not to replicate the problems that Moreton-Robinson or Professor Lester Irabinna-Rigney have warned against.

A proper examination of the history and sociology of race instructs us that it is not in the interests of institutions founded in structural whiteness to promote critical thinking on race. While it is commonplace to think about racism as founded on ignorant, prejudicial or outdated ideas that merely need dispelling, the race critical literature demonstrates that race is primarily a political project; a technology of rule that is necessary to maintain and reproduce the status quo.

That is not to say that race is conspiratorial and that any effort to educate about it or challenge its principles is a lost cause; but we cannot go about doing so with misinformed ideas about what race is, why it still matters, and how to dismantle its effects.

In a recent article, Carly Jia of the Australian Institute for Teaching and School Leadership (AITSL) promotes cultural competence in the classroom as a means of educating on ‘race and equity’. As Dr Debbie Bargallie and Professor Bronwyn Fredericks have written, most cultural competence training is apolitical and does not confront race and racism ‘in the colonising project of Australia.’

Aileen Moreton-Robinson has taught us that applying a cultural lens can be dangerous because the cloistering of issues of colonisation and racial domination in the language of culture has been used against Indigenous people to assess their authenticity and, on this basis, to grant or take away rights.

The possessive of whiteness as a political project integral to Australian colonialism does not stop at the classroom door. The AITSL’s framing of racism as ignorance and ‘unconscious bias’ that can be remedied by ‘truth, reconciliation and cultural competence’ forgets that ‘white ignorance’, according to philosopher Charles Mills, is not actual ignorance, but a will not to know.

It is akin to what the Afro-Surinamese Dutch scholar, Gloria Wekker, calls ‘white innocence’ which leaves racism untouched while white people debate its existence or deny its severity. There is nothing unconscious about this. One of the things reported by Indigenous people and people of colour who teach on race is the backlash they and their racialised students often face. As Associate Professor Chelsea Bond has written, Indigenous educators often have to navigate ‘environments which can be as culturally unsafe for us as they are [for] the student.’

How can a cultural competence approach that purports to teach the racism away by framing racism as ‘unconscious bias’ and celebrating Aboriginal and Torres Strait Islander people as part of ‘our national identity’ deal with such a situation? Suggesting that Indigenous educators front classrooms within an education system that has not tackled the myriad ways in which it produces and reproduces racial knowledge and racist violences is potentially dangerous.

From another angle, placing a ‘culturally competent’ curriculum that emphasises the ‘pain and trauma’ suffered by Indigenous people in the hands of white teachers runs the risk of reproducing the white saviourism that has been so detrimental for colonised and racialised peoples. The combination of unconscious bias, trauma discourse, and national identity does very little to equip students to understand how race works, let alone see a clear path to what needs to be done to challenge it.

Framed in this way, cultural competence education, like best-selling ‘antiracist’ books, runs the risk of being little more than self-help for those who do not live with daily racism, neglecting the pedagogical needs of those who do.

We too wish for more and better teaching on race and racism in Australian schools and universities. But we must be clear on what it is that we are calling for. Racial literacy, as one of its initiators, Lani Guinier has stated, is concerned with the relationship between race and power.

Any education that seeks to undo the effects of race and challenge racism must unveil the operations of power within institutions in age appropriate ways. Just as young Black and Indigenous children know about police racism, white children too can understand how power works in discriminatory and exploitative ways, not only in the shadowy past, but in the here and now.

Empowering them to come to their own understandings of how race works by showing them real-life examples from the world today is one way to build racial literacy and create, not only empathy, but warriors for the battle ahead.

For this, we urgently need:

Debbie Bargallie (pictured below, left) is a Postdoctoral Senior Research Fellow with the Griffith Institute for Educational Research at Griffith University. Debbie is a descendent of the Kamilaroi and Wonnarua peoples of New South Wales. Her new book is titled Unmasking the Racial Contract: Indigenous voices on racism in the Australian Public Service (Aboriginal Studies Press 2020). www.debbiebargallie.net

Alana Lentin (pictured below, right) is Associate Professor of Cultural & Social Analysis at Western Sydney University. She is a Jewish woman who is a settler on Gadigal land. Her latest book is Why Race Still Matters (Polity 2020). www.alanalentin.net