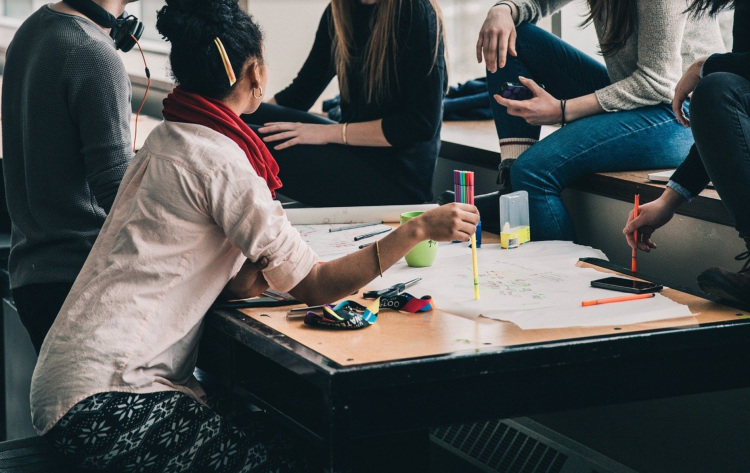 Introduction by Croakey: If Minister for Health Greg Hunt is serious about improving women’s health and wellbeing, he should aim to work closely with the new Minister for Women’s Economic Security, Senator Jane Hume.

A joint approach between these two Ministers could help address the ‘social gradient of health’ – the relationship between socioeconomic and health status which research has demonstrated occurs in Australia (and many other countries).

For example, the Australian Institute for Health and Welfare has found that people in the lowest socioeconomic areas, compared with people in the highest areas, are:

Women are not the only group experiencing economic disadvantage but a number of recent reports have highlighted the many ways in which women are disproportionately impacted by economic insecurity and disadvantage across the socio-economic spectrum. For example:

As a starting point for joint action by Ministers Hunt and Hume, a former senior public servant, Charles Maskell-Knight, outlines five key strategies to address these issues and reverse the negative impact of economic disadvantage on women’s health and wellbeing.

A few days before Senator Jane Hume was appointed as the Minister for Women’s Economic Security, the Government dropped its proposal to allow women to draw $10,000 from their superannuation for assistance in escaping domestic violence.

I thought the Minister might need assistance in thinking of some new policies to fill the policy vacuum, so I raised the question on my social media channels. I got the ball rolling by suggesting an increase to Jobseeker and an increase in wages for aged care workers.

Within a few days I had received dozens of other suggestions, which I have summarised below.  These should be the basis of Minister Hume’s policy agenda if the Government is serious about the issue.

The first and obvious measure is to increase the rate of Jobseeker so that women receiving it can live with dignity and maintain their health and social networks. At the end of February, 649,000 women were trying to survive on Jobseeker.

While among younger age groups there are more male than female Jobseeker recipients, women are in the majority in all age groups over 45. There were 157,000 women aged 55 years and over. Many of these women will not find another job before they become eligible for the aged pension, but they will have exhausted their savings and been forced into precarious housing.

The second measure should be to improve women’s pay.

The Government will immediately argue that this is too hard and inappropriate,  and pay negotiations should be left to the market.

However, the Government plays a crucial role in funding and regulating large parts of the education and training and healthcare and social assistance sectors of the economy, which employ about 2.25 million women and 700,000 men.

It is open to the Government to use these levers to increase wages, particularly in the aged care and child care sectors.

Is providing care to the most vulnerable members of society really “worth” less than stacking supermarket shelves or hauling bricks and mortar around a building site?

The next measure should be to reform child care subsidy arrangements so that families do not face large effective marginal tax rates as women return to work after having children.

“Secondary earners” – usually women – can lose as much as 90 cents in the dollar of the additional income they receive from working four days instead of three.

The fourth area for Minister Hume to fix is superannuation. The current system has failed women.

Their median superannuation balance on retirement is less than a third that of men, and 40 percent of single retired women live in poverty.

Analysis by the Australia Institute concludes that less than a third of the large and rapidly growing cost of superannuation tax concessions benefits women. Improving women’s pay and work force participation will ultimately improve superannuation outcomes.

In the short term, the system could be improved by measures such as a moratorium on fees while people are not contributing, whether because of unemployment, study, or parental leave.

The final significant area for Government action is housing for low-income groups.

The rate of rent allowance paid in addition to pensions is derisory, meaning older women who are not home-owners must pay a large proportion of their income as rent if they are renting privately.

At the same time, AIHW data show that the stock of social housing is not growing in line with the population, and is diminishing as a proportion of the total housing stock.

About a quarter of people assessed as being in greatest need waited more than a year for access to public housing.

A Government committed to improving women’s economic security should consider redirecting the assistance it provides to landlords through negative gearing to women seeking accommodation.

There are many other areas the Minister could consider, including:

Many of the items in this agenda will have a substantial gross cost to Government in the short term.

However, the net cost in the short term will be less. People living on or below the poverty line will spend any increase in their income, expanding economic activity and the tax base. Supporting more mothers to return to the workforce sooner and for more hours will also increase income tax collections.

This agenda also involves an investment in the future economic security of 50.2 percent of the population.

Successive governments have debased the word “invest” by conflating it with “spend”, but the measures suggested here are genuine investments in that they will return a long-term benefit.

Economically secure people are able to make a fuller contribution to society during their working life and in retirement, and are less likely to draw on Government social services.

The events of the past few months have created an opportunity for the Morrison Government to reshape the settings that have created economic insecurity for many Australian women. Will Minister Hume be able to convince her colleagues to seize the moment?

Charles Maskell-Knight PSM was a senior public servant in the Department of Health for over 25 years before retiring in early 2021. Follow on Twitter: @CharlesAndrewMK

See Croakey’s archive of stories about poverty and health.

PrevPreviousNew COVID variants have changed the game, and vaccines will not be enough. We need global ‘maximum suppression’
NextAddress poverty, violence and inequities – health leaders tell the Women’s Cabinet TaskforceNext