“In general we are going backwards”: setting the scene for the Population Health Congress

Four of Australasia’s leading health professional organisations will next week host the 3rd Population Health Congress from 6–9 September in Hobart. 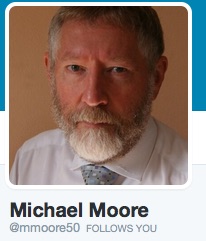 Journalist Marie McInerney will cover the event for the Croakey Conference News Service, while Alexa Wilkins and Melinda Edmunds will live tweet at @WePublicHealth. Also follow the discussions on Twitter at #pophlth2015.

In the Q&A below with Marie McInerney, the CEO of the PHAA, Michael Moore, outlines the context and objectives of the Congress, to be run under the theme of ‘One Vision Many Voices’.

Q: Public health has been gutted around the country, not least in a lack of action on the biggest public health challenge of all: climate change. What’s your assessment of the political landscape?

We have seen some sensible moves, including the Federal Government standing firm on plain packaging of tobacco products. Although there was a bumpy ride to begin with, Assistant Health Minister Senator Fiona Nash has been strongly supportive of the health star ratings scheme and just recently she came out with a vigorous statement opposing efforts by British American Tobacco to access VicHealth data on young people and smoking.

But in general we are going backwards and, sadly, lack of action on public health is not confined to a conservative government in Canberra. We have seen it also in Queensland, where the former Newman Government cut health promotion and public health significantly in the hope of doing a cost shift across to the then Medicare Locals. Then we saw a similar move, albeit not so dramatic, in South Australia under Labor.

Again from Canberra, we saw the Abbott Government attempt to cost shift back to the states and territories by pulling out of the National Partnership Agreement on Preventive Health and completely changing the way Medicare Locals operated by moving to Primary Health Networks. The very process left a gap for 18 months at a time when we had begun to see some fantastic work on good population health planning as illustrated with the release of vaccination data by postcodes from the National Health Performance Authority. Much of that data came from Medicare Locals.

Governments are cutting back on health promotion and the focus on public and population health at a time when concern is growing around obesity, the increase in harm associated with alcohol, issues around our international treaties such as the Trans-Pacific Partnership Agreement (TPPA), and the impact of climate change on health. Ironically, governments seem to think they’re doing the right thing on economic sustainability when they’re actually putting long-term health and the cost of health care at risk.

It’s being driven by a combination of fiscal intent and views of ‘personal responsibility’ – the latter has been illustrated by the launch of the so-called ‘nanny state’ Senate Inquiry.

Another illustration is the establishment of the Medical Research Future Fund – it’s significant that it is not described as Health and Medical Research. Leaving the health out really shows the agenda of this government looking to financial return on investment on research like the Cochlear ear implant as opposed to saving money by preventing people from getting sick and making their return on investment in terms of savings.

Q: Do public health advocates therefore need to change the way they work, as Michael Thorn suggested in this recent article?

I think we can do much better. The trouble is that when we use the word ‘advocacy’, for many it conjures up a sense of ‘manning the barriers’ and writing masses of letters of protest, whereas I believe we really need people engaging closely with government – applauding when government gets it right and being helpful by highlighting evidence and using supporting anecdotes to get the message through.

We have seen significant gains through the remarkable work of Deb Gleeson, lecturer in public health at La Trobe University, on the Trans-Pacific Partnership Agreement (TPPA), for example when the Australian Government insisted on carve-outs for health and environmental public policy decisions from investor-state dispute settlement (ISDS) clauses, and protection of data for a longer period. It’s apppropriate for us to recognise what Trade Minister Andrew Robb has achieved, even if it may not go quite as far as we would want. We would certainly favour no ISDS at all.

Q: Minister Fiona Nash will be opening the conference (by video) – what commitments will you be looking for?

We have seen a real contribution from Senator Nash as I described earlier. However, as assistant minister she does not hold the purse strings. We hope that she will use her influence to reduce the impact and the level of cuts that have been highlighted in the health flexible funds. These can have a very significant impact on the ability of non-government organisations to deliver on-the-ground services. The States and Territories do this sort of thing through their own arrangements but the way the Federal Government delivers services is through funding NGOs. This is really at risk and will have a long-term impact on the capacity to deliver effective services.

Q: You’ve invited Dr Ruth Hussey from the Welsh Government Assembly to speak on ‘putting the “public” back in public health’ – what is her message and what other broad issues will keynote speakers raise?

It is always an interesting exercise choosing outstanding international speakers for this sort of Congress. Ruth Hussey qualified as a medical doctor, worked in a variety of public health leadership roles before eventually winding up as the Chief Health Officer of Wales. The role of a chief public health officer is really challenging: being prepared to handle outbreaks of H1N1 flu for example, or being ready in case Ebola arrives in the jurisdiction.

On the other hand, understanding the social determinants of health and how to implement programs to minimise their impact is critical to improving community health. In this case Congress will be able to understand how she has championed integrated approaches to improving health and delivering high quality health and social care as well as supporting effective clinical leadership to ensure the development of innovative approaches to meet 21st century health challenges.

I am also really looking forward to hearing Rob Sturrock will deliver the Congress Oration. He is a co-author of The Longest Conflict: Australia’s Climate Security Challenge and will speak on Climate change and its health impacts at home and abroad. Many of the attendees at the Congress are well aware of the importance of climate change to mental health or vector borne disease, for example. However, Rob Sturrock will also talk about the security impacts of climate change and how they might impact on health. I am keen to hear about the implications of tensions over food security and in countries that are adversely impacted upon by climate change and the resultant impacts on health.

It will then be interesting to listen to keynote speaker for day three, Trevor Hancock, as he wrestles with Population health in the Anthropocence: The grandest challenge, the wickedest problem, including whether we have become so fixated on the social determinants of health that we have become “ecologically blind”.

Q: Where is the hope for the future? What are the outstanding examples – nationally and internationally – of public health practice making a real difference?

I could start with Dr John Snow and the Broad Street pump during the deadly 1854 cholera outbreak in London as the introduction of clean water and sanitation. However, this might be embarrassing for some Australian governments when we do not have clean water and appropriate sanitation available in some of our Aboriginal and Torres Strait Islander communities.

At least as embarrassing are the changes to Australian foreign aid where, even before completing clean water and sanitation projects, we have re-prioritised to making contributions that will build economic capacity to suit Australian trade and in the long term build Australian productivity.

There is no doubt that Australia has many population health advances that should make us proud. Our levels of vaccination are amongst the highest in the world (although some countries are doing better – Cuba claims 100 per cent). Our use of tobacco is amongst the lowest in the world – although when a social determinants lens is placed on the 12 per cent of people who smoke we can see the high levels amongst Aboriginal and Torres Strait Islander peoples, those who are incarcerated and refugees.

We have around the same levels of motorcar related injury and death as we had in the 1930s despite a huge increase in population, in the number of cars on the roads and the number of drivers. But once again this is not fairly shared in the community as is illustrated by examining figures in remote communities in the Northern Territory.

• The Congress follows earlier Population Health conferences in Brisbane in 2008 and in Adelaide in 2012, and comes ahead of the 5th World Congress on Public Health in Melbourne in April 2017.