In remote Indigenous communities, housing can support or undermine health

Introduction by Croakey: Earlier this year residents of Santa Teresa, a remote Indigenous community near Alice Springs, were awarded compensation, after bringing an action against the NT government for the poor state of their housing.

The case was won on the evidence that tenants’ homes had been uninhabitable for long periods while waiting (sometimes months) for for emergency attention to issues such as “blocked sewerage, leaking taps, exposed power points, broken tiles, faulty windows and doors and broken air conditioners.”

The tribunal found that the faults were a ‘threat to the tenant’s safety, going to both structural and health issues, ‘ and two of the tenants are now taking the case to the supreme court to hold the NT Government to a higher standard.

The post below relates to one important impact of deficient housing – the development and spread of infectious diseases.

The authors’ research has joined the dots between housing deficits and specific infections, and revealed the parts of Australia in which overcrowding and lack of healthy infrastructure are at their worst.

But when public housing authorities don’t fix the blocked toilet for months, there’s insufficient housing for the growing community, or there’s no functioning washing machine, there is an increased risk that preventable infectious diseases will spread.

With plans underway to reset the Closing the Gap strategy, to include real Indigenous involvement in decision-making, housing and crowding are coming into the sights of leaders.

Drawing the links between housing and health – as well as the need for Indigenous control, she said,

Public housing and public utilities have largely been taken out of Aboriginal control… This is nowhere more manifest than in Aboriginal housing … [there are] known causal links between the home environment and health … Because of the state of our environmental conditions, Aboriginal people are denied the health outcomes that non-Indigenous people now enjoy’

One key aspect that influences the health of householders is the level of crowding. This was the focus of September’s Australian Housing and Urban Research Institute (AHURI) Housing Conference.

Croakey’s coverage of that conference reported, ‘overcrowding in housing in remote Aboriginal communities and in NT’s towns and regional centres is shocking … the Federal Government committed to re-fund remote Indigenous Housing in the NT [in April 2019], but allocated only a fraction of the money needed …  Overcrowded housing directly contributes to chronic illnesses like rheumatic fever, respiratory infections, skin infections, and eye and ear disease’

This has been a long-term conversation. Back in 2009, the Australian National Indigenous Reform Agreement stated that ‘children need to live in accommodation with adequate infrastructure conducive to good hygiene and study, and free of overcrowding’.

Despite this vision, Indigenous Australians living in remote areas experience considerably higher levels of preventable hygiene-related infections than their non-Indigenous and urban counterparts, in part due to crowded and poorly maintained houses. .

Quantifying the relationship between housing and health

Responding to these problems, our published research has sought to clarify this relationship between housing, crowding and infectious disease, to collate the evidence base required to advocate for more housing, and for dedicated housing repair and maintenance budgets.

We analysed publications examining the contribution of housing and infectious disease transmission for Indigenous Australians in urban, rural and remote settings.

Our findings are illustrated in Figure 1. At the top level are structural aspects that contribute to health, including social, behavioural, and economic factors.

In turn, these contribute to specific residential factors, including the presence of functioning health hardware, infrastructure for sewage removal and management, household population size, and pests and vermin.

Each of the residential factors can create the conditions for infectious disease transmission.

For example, gastrointestinal infections are associated with crowding, lack of infrastructure to wash people, clothes and bedding, and safe removal of faecal matter.

Housing repair and maintenance can prevent these residential factors from exacerbating or contributing to infection. In turn, functioning ‘health hardware’ (such as toilets, taps, hot water and washing machines) enable the secondary barrier of healthy behaviours.

Figure 1: This systems diagram visually displays the links between housing and infectious diseases (adapted from Ali, Foster and Hall 2018

Despite the documented relationships between housing functionality and crowding on infectious disease transmission, the functionality of health hardware is not currently maintained in all public housing.

The proportion of the Indigenous population without functioning health hardware remains highest in the NT and in remote areas more generally, with the greatest shortfalls relating to facilities for washing clothes and for preparing food. 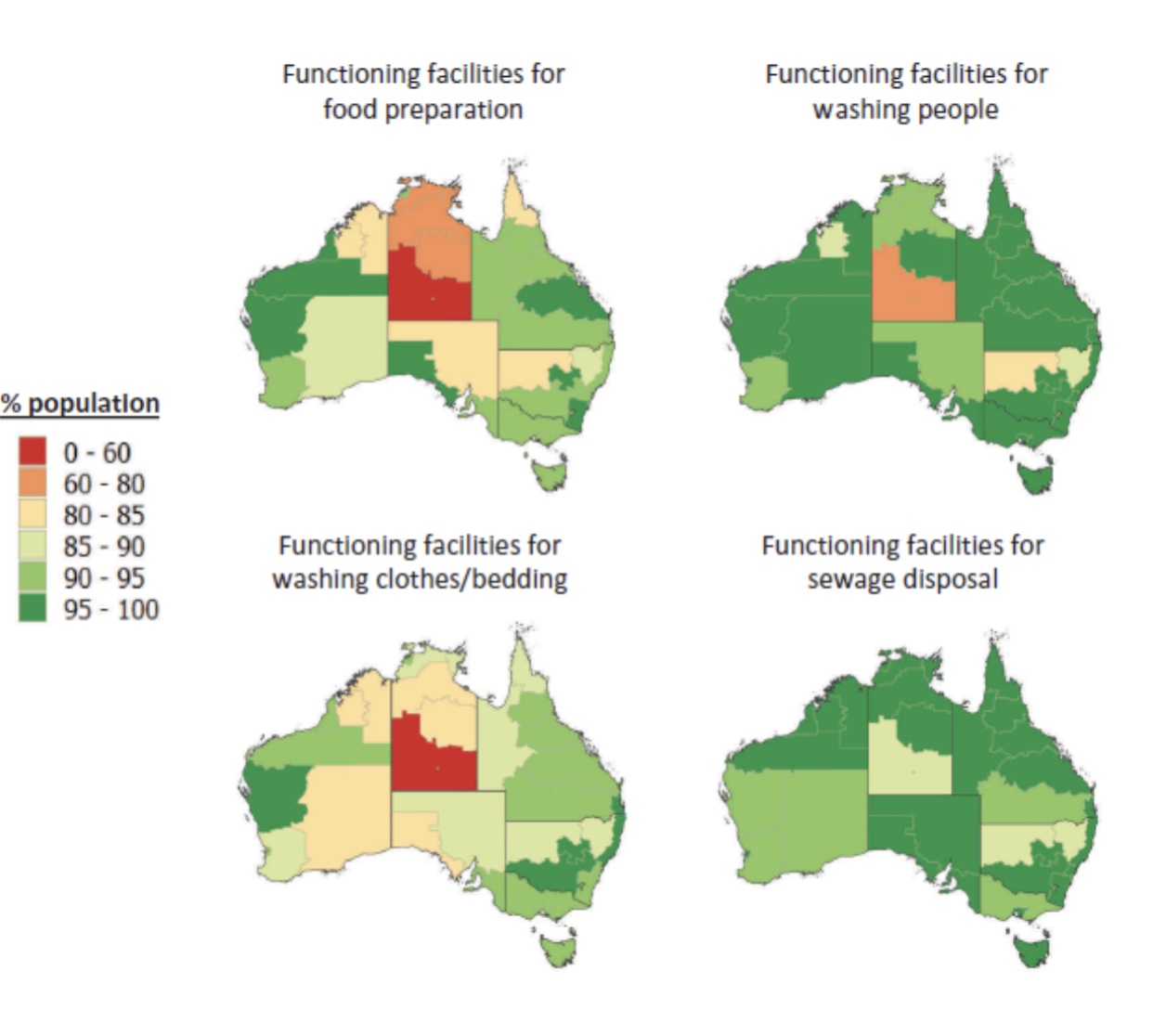 Figure 2: Percentage of Indigenous population in households with functioning health hardware, 2014–15 (from ABS 2015, in Foster and Hall 2019 )

Housing maintenance activities in remote communities are costlier than in urban public housing; at most, repair activities can cost up to 47 times more.

Spending has occurred, including with a ‘remoteness calculator,’ and over the past decade, approximately A$5.4 billion of government funding has been invested in Indigenous housing.

However, our recently published analysis showed no major improvement in the proportion of households receiving maintenance and repairs or having access to functioning facilities for washing people and clothes.

Yet, our research provides evidence that the burden of infectious disease among Indigenous Australians continues in part due to housing conditions and crowding.

These findings reiterate the importance of a proactive approach to prevent disease transmission rather than relying on later medical interventions to contribute to closing the health gap between Indigenous and non-Indigenous Australians.

This will require a step change in the level of investment required, and learning from policy mistakes of the past.

Dr Nina Lansbury Hall is a researcher on environmental and Indigenous health within The University of Queensland’s School of Public Health. She conducts research and teaching on responses to complex issues around the sustainable and integrated development, management and use of water resources with social, environmental and economic considerations, and sustainable drinking water and housing in Australia’s remote Indigenous communities. She currently works in collaboration on Indigenous health projects with the National Aboriginal and Torres Strait Islander Women’s Alliance (NATSIWA), Women on Country (Western Cape York), and Anyinginyi Health Aboriginal Corporation (Tennant Creek). Previously, Nina was a senior research scientist at CSIRO.

Tim Foster is a Research Principal at the Institute for Sustainable Futures at the University of Technology, Sydney. His research focuses on water, sanitation and hygiene (WASH) and its associated health implications across the Asia-Pacific Region. In addition to his research activities, Tim has previous experience implementing public health programs to combat neglected tropical diseases, including guinea worm eradication in South Sudan and scabies control in remote Indigenous communities in Australia.

Shahmir Ali is a PhD candidate focused on public health, in the Department of Social and Behavioural Sciences at the New York University College of Global Public Health.

Dr Andrew Redmond is an Infectious Diseases Physician at the Royal Brisbane and Women’s Hospital and with the School of Medicine at The University of Queensland. He has experience working in the Northern Territory and has interests in immunisation, antibiotic allergy, HIV and sexual health.