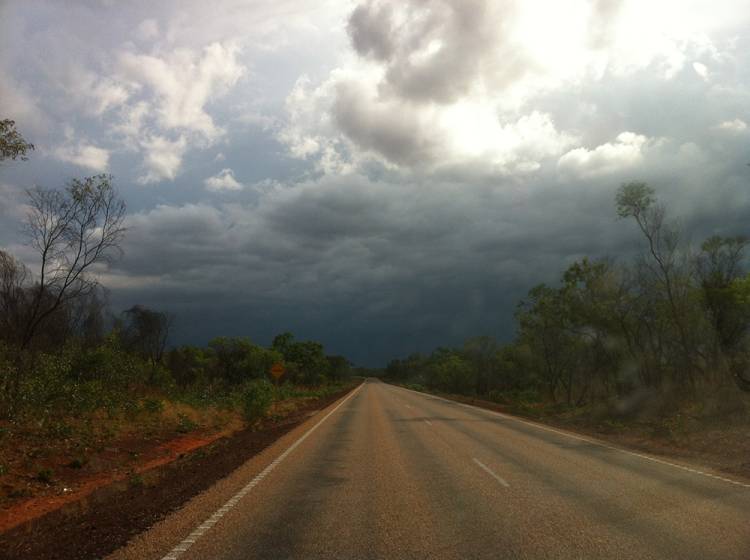 Stormy times ahead for healthcare systems. Photo by Mitchell Ward

In the eye of the COVID storm, with grave dangers ahead

Introduction by Croakey: Record rainfall is bringing warnings of flash flooding across Australia as communities brace for wild weather lashing almost every state and territory.

The aftermath of other recent storms prompted some reflections about threats ahead as we clean up from “the COVID storm” – from Dr Simon Judkins, an emergency medicine specialist and former president of the Australasian College for Emergency Medicine (ACEM).

Driving home from Echuca, on the River Murray in northern Victoria on a stormy Thursday, lightning flashed across the yellow and green fields to the west. A spectacular, ominous, damaging storm rolled destructively through South Australia and into Victoria.

I was watching the dark clouds roll in, shaking with the threatening thunder, the thousands of lightning strikes lighting the road ahead.

On the other side of that storm, a path of destruction was being left behind. That night, October 28, the storm barraged over Melbourne, ripping trees out of the ground, de-roofing houses, causing major blackouts, ruining crops in the surrounding communities and impacting many lives. Fortunately no lives were lost.

And then the morning came, the big clean up. Chainsaws and trucks, builders, insurance companies, electricians, and others working up to clean up the aftermath, to get people back in their homes, back to work. This event was clearly nothing compared with the 2019 bushfires, with communities still affected, as they will be for years.

Yet the common theme of these major, climate events are the ongoing impacts, felt by many, some for a very long time.

These destructive events draw strong parallels to what we are seeing with COVID-19. We saw the storm front, or the fire front, coming and tried to brace for the impacts. We thought our systems were prepared, that we were ready. We thought we had capacity and resources to deal with the impacts and the ongoing consequences.

But we hadn’t seen anything like this before. We have been left wanting and the impacts will be with us for years.

Everyone in Australia has been impacted in some way, directly or indirectly. Infected, or know someone infected , furloughed, unable to work, unable to travel, schooling  visit family, missing birthdays, losing a job…..everyone affected. The most affected will be those who need the most supports, and they never receive enough.

We are in the eye of the COVID storm right now but starting to emerge into the aftermath. It has been destructive and will continue that way, but it’s the cleaning up after the COVID storm that will take years.

Our health systems have been on life support over recent weeks and will be for some time yet. All energies are on the critical parts of the system…emergency departments, intensive care units and COVID wards, to prepare for the fight and survive the storm.

But the impacts on other parts of the systems – such as elective surgery, access to allied health – have been profound. Staff worked to the bone, redeployed, put on the frontline to fight an invisible, deadly enemy. Many have fallen by the wayside along the way, some taking a less stressful, less risky path.

But there is a pulse still and we will recover. But how long will it take for that to happen? How long will the rehab be?  Given the huge blow, will our health system ever return to what it was?

It is gravely concerning. There are still many months ahead to get COVID “under control”. But then we will also need to play catch up; all that surgery people haven’t been able to access needs to be managed while we continue to deal with increasing demands on our hospitals and other parts of the health systems.

As an example, on the night of the stormy trip home, I was listening to an ophthalmologist being interviewed on the radio,  discussing the enormous delays for patients who require cataract surgery.

Prior to the pandemic, public waiting lists for cataract surgery had blown out to unacceptable levels. There were concerns raised in relation to funding, access to specialist clinics and care.

Clearly this needed urgent solutions. But now, with that poor historical baseline, there is at least a two- year delay from referral to procedure. Two years, for a sight-saving 45-minute procedure done under local anaesthetic.

It reminded me of June, who I’d seen in the ED a week or so prior. An independent and proud 70-ish woman who had a fall and a fractured hip. She’d missed a step, didn’t see it. She fell and broke her hip. “I didn’t see the step…I’ve been waiting to get my eyes fixed for ages. My sight is no good….”

So, a 45-minute procedure, so far delayed for months and months, resulted in worsening sight, a serious injury and a long, expensive hospital stay. And rehab is a tricky thing when you can’t see properly.

Orthopaedic surgery is another example. Pre-COVID, waiting lists were huge with median times to surgery increasing. “Post-COVID,” this situation will be even more dire.

Peter reminded me of the impacts. In 2019, he had been booked to get a shoulder repair after recurrent dislocations of his shoulder.

His employer was very patient. Although not under Workcover or a work injury, his boss said he would hold his labouring job until he was able to get back. But, as any financial supports dried up, things became very stressful.

I saw Peter after another dislocation, suffered when he was just playing with one of his kids. He couldn’t get back to work with his damaged shoulder, but he couldn’t get an operation.

And now he didn’t have any money for rent. His young family won’t have a home in a few weeks. He started sobbing. We managed to put together enough to keep the rental payments up for a few more months, but who knows when his operation will be.

There are so many more stories like this. Chronic back pain getting worse, but no pain specialist available; just increasing doses of opioids to ineffectively dull the pain.

Delayed diagnoses for many people with undetected cancers unable to access a colonoscopy; they then become very detectable as patients become acutely unwell.

A standard listing for a gall bladder operation becoming an ICU stay after infection set in. The delay to a planned mental health admission turns into a crisis and a long inpatient stay after the consequences of an overdose. A tumour growing while the wait times for MRIs grow.

In the meantime, we are seeing sneaky cutbacks to Medicare. We see governments squabbling over “who pays”, while bed numbers per capita are falling, ambulances wait longer than ever, patients spending days in Emergency Departments

And the same governments focusing all its resuscitation efforts to keep a destructive, dying industry alive, despite many calling for a palliative care approach to the coal and carbon industries in Australia .

COVID has impacted enormously and will continue to do so. But we must remind ourselves that, before the pandemic, wait times for elective surgery, overcrowding in EDs, poor access to mental health care had all been getting  worse. And the response from governments was blunted at best.

Add in that over the last two years, the wealth gap has widened to a chasm we haven’t seen before with a well-recognised association with a deterioration in population health.

These graphs, taken from the Wilkinson and Pickett book “The Spirit Level“, demonstrate the impacts on income inequality on infant deaths and aging. Those countries with higher income inequality clearly do not serve their populations well when it comes to healthcare outcomes.

Things are not rosy in the Australian healthcare system. Starved of funds prior to 2019, all the indicators are that, unless there is an enormous rethink about healthcare delivery, about how we fund our health systems, we will not get back to where we were pre-pandemic. And “where we were” was tenuous.

The “new normal” may well be longer wait lists, longer ambulance delays, less disease prevention, and a poorer health outcomes for those most vulnerable Australians. In fact, probably all Australians except those who can afford access.

But – and this is my biggest concern – I’m not convinced that there is the political will to do anything to turn this ship around. I could say it’s like watching the Titanic heading for an iceberg with inevitable consequences.

But, given the Australian Government’s view on climate change, that analogy no longer seems relevant; the icebergs are disappearing fast.

Maybe it’s a like watching a small Pacific nation with waves lapping higher and higher; without dramatic intervention, it will be at risk of destruction.

Our world standard public healthcare system is facing a very uncertain future if we, healthcare workers, health organisations and the public who rely on a robust and effective public health system, don’t demand life-saving interventions ensure its survival.