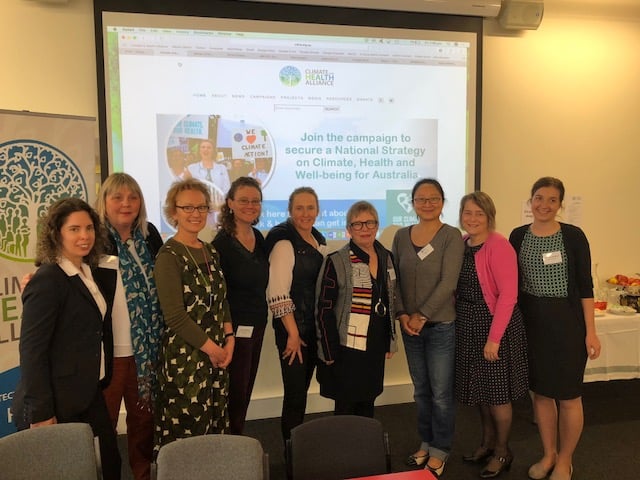 In the face of catastrophic policy failure on climate change, what are the political options?

Introduction by Croakey: The imminent release of the Intergovernmental Panel on Climate Change (IPCC) report on limiting global warming to 1.5°C is expected to highlight a chasm: between the action that is being taken and what is needed.

How can individuals make a difference in the face of this seemingly insurmountable gap?

This question was on the minds of participants at two recent health events: the Climate and Health Symposium in Melbourne, and the Public Health Association of Australia conference in Cairns.

At both conferences, Professor Peter Sainsbury offered a suggestion along the lines: vote for climate action. In the article below, he argues that this means not voting for the LNP.

Meanwhile, see this overview of wider discussions at the Climate Health Symposium,  where Sainsbury retired as president of the Climate and Health Alliance, and Amanda Adrian was elected to the role.

See also this FAQs document prepared by CAHA and others ahead of the IPCC release. It   includes the table below examining the implications for Australia of a 1.5°C rise versus a 2°C rise. 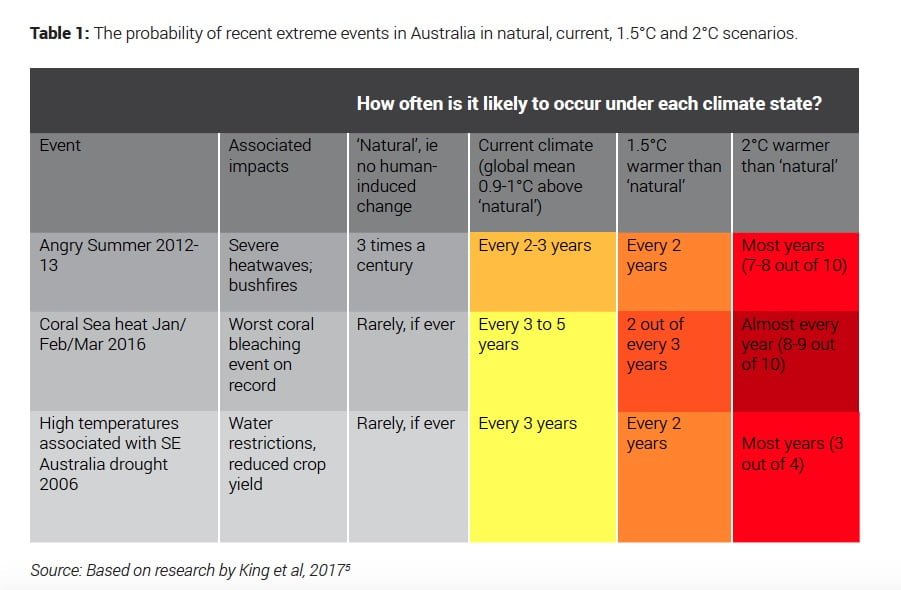 Greenhouse gas emissions, global warming and the devastating consequences of climate change for the environment and humanity march on. The Morrison Government is set to continue Australia’s disgraceful inactivity in combating climate change.

The election of a Labor government and a climate action pact between Labor and the Greens provides some hope but no reassurance that this might change.

And intergovernmental processes that are charged with tackling these issues grind along, with developing countries and small island states becoming increasingly concerned and vocal about their plight, and many developed countries continuing to block real progress on their own emissions reductions and to deny adequate funding for poorer countries for mitigation, adaptation, and loss and damage.

The existential threat to humanity that climate change poses and the overwhelming urgency of the need to peak carbon emissions (by 2020) and then reduce (at 10 percent per year for the next 20-30 years) do not seem to figure in the politicians’ and climate diplomats’ calculations.

They remain focused on maintaining economic growth at all costs and avoiding disruptive change to the international order, the capitalist system and their own nation’s economy. As has been observed before, it seems easier to contemplate the end of humanity than the end of capitalism.

Notwithstanding our brief experiment with a ‘carbon tax’, Australian governments have actively avoided or at best delayed meaningful climate action both internationally and within Australia for the last two decades.

But this has not stopped ministers and others misleadingly claiming firstly that Australia has a record of achieving its domestic climate change commitments and is on track to meet its emission reductions under the Kyoto and Paris Agreements, and secondly that it behaves responsibly and constructively on the international stage (ask the Pacific and African nations about that one!).

Scott Morrison’s past behaviours and his government’s actions since his becoming PM have clearly indicated that climate change policies will not change, not for the better anyway, on his watch.

There was always the forlorn hope that Turnbull would eventually make a stand for what he truly believes about climate change. But Morrison is already acting according to his true beliefs. His government is no more popular at its very beginning than the Abbott and Turnbull governments were at their respective ends, so it seems likely that he’ll delay the election as long as possible.

What hope is there?

Against this very broadly sketched background, I want to tackle two questions: why is it so difficult to get Australian politicians to act on climate change, and what hope is there that Australia will begin to take its responsibilities seriously?

Why so difficult? … particularly when Australia is so vulnerable to the effects of climate change and is already experiencing the consequences with droughts, bushfires, coral bleaching, etc.

Benign ignorance might have been a factor 20, or even 10, years ago but most MPs are not stupid and there is no lack of information readily available about climate change so we can discount that explanation now. Some MPs may have a fundamentalist belief that a supernatural being is responsible for the current situation and will sort it all out but they are probably very few.

A few more may put all their faith in the ingenuity of human beings and believe that technology will solve all the problems. Unfortunately I don’t think this group has been paying enough attention to the science about either the urgent need to reduce greenhouse gas emissions to avoid disaster on a global scale or the timeframe and economic feasibility for rolling out the mooted technologies at sufficient scale.

Without any suggestion that what I have to say is novel, I think the most reasonable explanation for Australia’s long term poor performance on tackling climate change relates to the political process, principally the short life of Australian parliaments combined with the (understandable) desire of MPs and parties to be re-elected; the inappropriate influence (for a healthy democracy) of corporations, particularly those associated with the fossil fuel industry, through political donations and the revolving door of employment for politicians and bureaucrats between government and business; and the inappropriate influence of certain elements of the media, particularly one or two media moguls and the radio shock-jocks.

And while I have no objection whatsoever to minor parties in parliament, I think our current electoral process allows some MPs to be elected who represent a miniscule portion of the electorate – this doesn’t promote good government, in my view.

None of this is going to change in the foreseeable future so… what hope for Australia taking action?

The two most likely outcomes of the next election are a Coalition government without control of the Senate and a Labor government without control of the Senate. If the former eventuates, Australia will continue to have no comprehensive climate change policy, will take no meaningful action to reduce our own greenhouse gas emissions, and will continue to play an unhelpful role on the world stage, encouraged by Trump’s America First approach.

One or more coal-fired power stations may be commissioned – although it’s difficult to see any private company investing in these unless they are bribed with bucket loads of taxpayers’ money. Wind turbines will continue to be built, albeit slowly, and solar panels and batteries will continue to be installed around buildings.

The trumpet-call for the government and climate activists will be the Adani mine. If development goes ahead, look out for demonstrations and civil disobedience on an unprecedented scale in Australia.

The best hope for action on climate change lies with a Labor government and a Labor-Green pact for control of the Senate.

The factors identified above that make government action on climate change difficult will not have gone away (although if some of the far-right climate deniers lose their seats there might be a less obstructionist opposition) and so the great unknown is how determined Labor will be to crash or crash through.

If they do intend to tackle climate change they might start with:

Being realistic though, Labor’s past record and current policies do not provide any confidence that they will take such bold action if returned to government.

• Peter Sainsbury is a past president of the Public Health Association of Australia and the Climate and Health Alliance, and is a member of the Greens. This article was first published by John Menadue’s site, Pearls and Irritations.