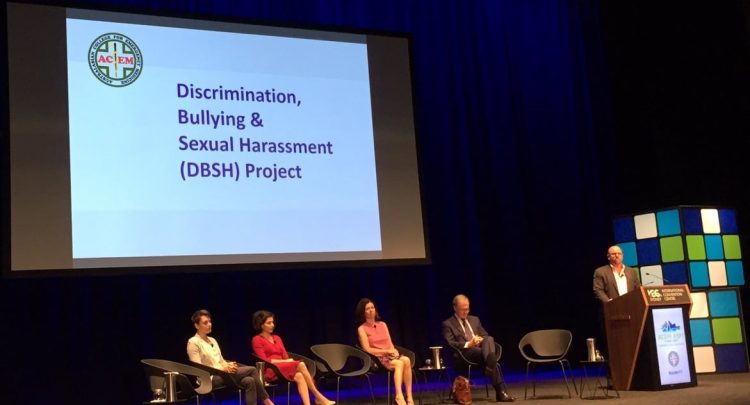 In the hospital system, efforts to address bullying and discrimination must start at the top – #ACEM17

Hospital executives need to be held to account for “hostile” work environments and cultures of bullying and discrimination that affect the wellbeing of staff, according to the new president of the Australasian College for Emergency Medicine (ACEM).

The hospital system needed to “change significantly”, and executives should shift their focus to supporting and caring for people, Dr Simon Judkins said in an interview with Croakey at the ACEM Annual Scientific Meeting in Sydney.

His comments followed the presentation of an ACEM survey showing that about half of the respondents (55.7 per cent of women and 45 per cent of men) reported experiencing bullying, discrimination, harassment and sexual harassment in the workplace.

Judkins, who is also the Deputy Director of Emergency Medicine at Austin Health, said:

I’ve had multiple examples from visiting various health networks that there is a problem out there, about bullying and discrimination and not supporting their staff.

Some of these environments that our emergency physicians and trainees are working in would be described as being hostile… that’s a really sad thing to see when you’re meant to be working in an industry that cares about people. It’s called a healthcare industry for a reason, and we certainly don’t see that.

So part of my work as president will be standing up and calling out that behaviour and going beyond the incidences of bullying in the emergency department or within the surgical unit, but actually holding the administration to account – because that’s where the rot starts and that’s where we need to change the culture.

If we’re only addressing it at the coal face but we still have an executive that… doesn’t understand how to treat people, then you are never going to get that change.”

However, Judkins acknowledged that the College also had its own work to do, as demonstrated by a presentation highlighting that all ten members of its board are men (women account for 32 percent of the emergency medicine workforce).

Judkins, who described himself as a privileged white guy, admitted it was “very hard to look in the mirror” when the new all-male board posed for photos, and change was certainly needed. One of his first conversations as president was “how will we make sure the next president is female?”

He said “having the dialogue” was where this would begin, and recognising that if ED teams led by women had better outcomes, so too would the College.

“It’s not just a gender equity issue that we need to address but it’s also racial diversity and racial equity, we need to look at all of those issues,” he told Croakey.

In a plenary presentation on Tuesday, registrar Dr Jenny Jamieson said it was “nothing short of disgraceful” that ACEM’s newly-elected board was 100% men.

Her presentation – described by colleagues as “brave and fearless” – pointed to macro and microinequalities perpetuating a problematic culture in emergency medicine.

These came from colleagues (questioning the judgment of a female doctor when they wouldn’t do the same to a male counterpart), from patients (assuming any female in scrubs is a nurse), and indeed from female doctors-in-training themselves, she said.

As a result of social conditioning and unconscious bias, Jamieson said women were more polite, apologetic, hesitant and less likely to interrupt. They were also less likely, as the result of “deeply-held beliefs and norms” about work-life balance and family, to be seen as suitable for leadership, she said.

Jamieson busted what she described as the meritocracy myth – held time and again as justification for preferencing a man over a woman for a role – arguing that the metrics of ‘merit’ did not exist in a vacuum but were largely predetermined by men.

Often used as a “proxy for being objective”, meritocracy was only as good as the values, cultures and leaders it espoused, she added, arguing that it was actually standing in the way of addressing the real impediments to gender equity in medicine.

“Everyone hates this topic because women fear being marked with an asterix, and men fear being overlooked for jobs,” Jamieson told delegates.

She called for a culture change at ACEM to attract, retain, and foster female leaders, describing one-year contracts as a major contributor and noting that, even though it was illegal, asking female trainees about their family intentions was still a feature of job interviews in the speciality. 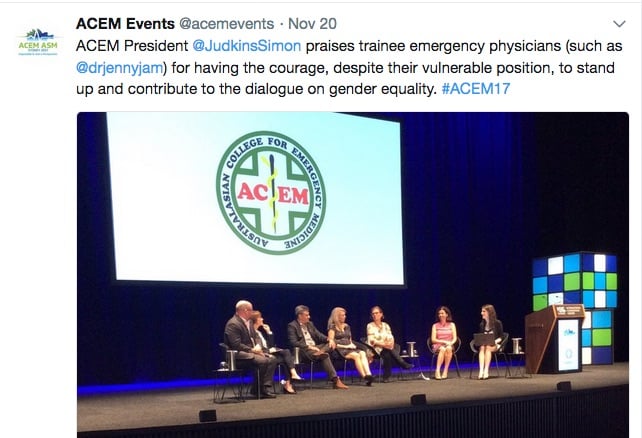 Judkins and board member Didier Palmer both related anecdotes of female colleagues being afraid to reveal their pregnancy because of the perceived repercussions, and Judkins said it was everyone’s responsibility to shift this culture.

“People are much more important than rosters or any other thing,” he said. “This is your life; that’s work.”

When hiring, he said CVs were now burnished to such a degree that “what you’re looking for is the X factor – and for most people that’s just you in a mirror.”

Palmer described things as “palpably not” equal on gender at ACEM, with just 35% of College Fellows being female, and also noting that a 2016 review conducted after the Royal Australasian College of Surgeons sexism furore had revealed that 50% of ED docs had experienced bullying, discrimination or sexual harassment.

The headline findings of the ACEM review were presented at a conference session chaired by Judkins and other members of the College’s working group on discrimination, bullying and sexual or other harassment, or DBSH.

The survey, which had a 44% response rate from across the membership (some 2,121 people), found 49.8% of ACEM respondents had been subject to DBSH in the workplace, with the breakdown as following:

Levels overall were much higher among female fellows and trainees, at 55.7% overall vs 45% for men, and by subgroup (with males for comparison):

Of note, Judkins said more than 70% of DBSH incidents happened within the ED, and males and fellows were overwhelmingly the perpetrators. Half of all respondents said they believed reporting these behaviours would have negative consequences for them, and majority felt there were improper reporting mechanisms and that the incident, if reported, was not resolved to their satisfaction.

Rates of DBSH were particularly higher among respondents born in non-English speaking countries, with a marked gap on discrimination.

This issue was highlighted in a presentation of a separate review convened to examine accusations of racial bias in the College’s 2016 exams, where a group of 30 unsuccessful ‘non-Caucasian’ candidates alleged a pass rate of 6.8% versus 88% in the broader cohort as evidence of discrimination.

Though the review ultimately rejected that claim (all findings and reports available here), the chair Professor Ron Paterson and other members of the expert advisory group did recommend that ACEM issue an apology for “unintended systemic racial discrimination” and improve support for failed candidates, expressing concern for their health and wellbeing.

That apology was delivered by outgoing College President Tony Lawler in his valedictory address on Tuesday.

Shahina Braganza, one of the working group’s members, said she had been “incredibly confronted by the data from this survey”, though ACEM past president Sally McCarthy said she hadn’t been surprised, describing medicine as a mirror on the society in which it operates.

Coleen MacKinnon, a corporate consultant on gender equity and the Male Champions of Change movement, offered some fascinating insights into the drivers and determinants of gender disparity.

Children internalised gender biases from a young age, she said, with girls beginning to question their worth compared with boys when they were just six and 50% losing interest in STEM subjects by eight.

A ‘confidence gap’ existed where fewer women presented for promotions because their self-imposed threshold for meeting the position criteria was 80%, compared with 40% for men. Women would start an interview declaring their shortcomings, while men emphasised their strengths, MacKinnon said.

Assertive behaviour was seen as a strength for men (increasing their score on performance evaluations by 14%), while the same behaviour in a woman was viewed as a drawback, resulting in 10% lower scores.

On DBSH, McCarthy said the group would move forward with a draft action plan to be put to the membership, examining potential remedies across five target areas: culture change and leadership; governance; education and training; complaint management and advocacy.

Quotas and targets would be among ideas considered, as well as an interactive online complaints portal and increased advocacy on workplace issues contributing to cultural problems, including access block and ED overcrowding.

Judkins said tackling cultural issues in emergency medicine had the potential to send waves through the whole health system, with the ED at the epicentre of not only the hospital but also connected to many other parts of the health system, as well as being at its public-facing frontlines.

“We can be leaders not only in our hospitals, but in our communities as well.”

Judkins stressed that a concern for social justice was at the heart of emergency medicine, as “our doors never close… we treat whoever needs our help”, and many of those presenting to emergency departments struggled to access healthcare in any other way. 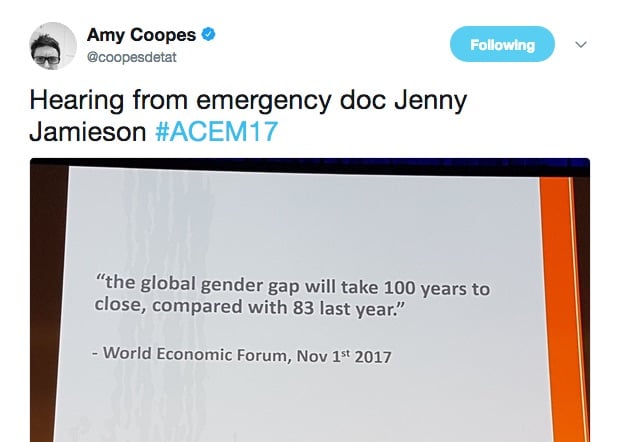 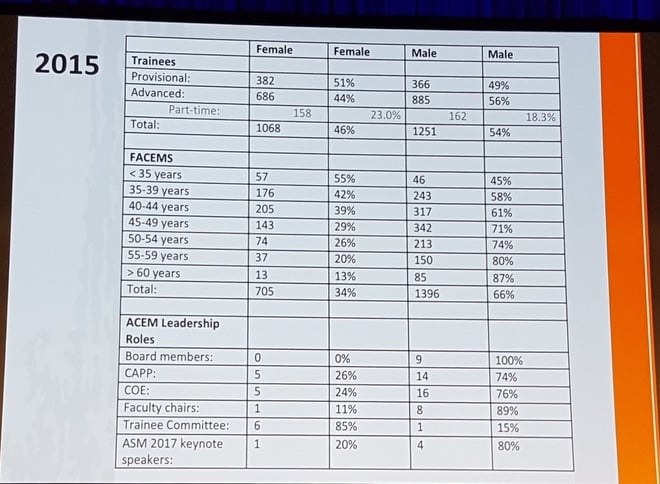 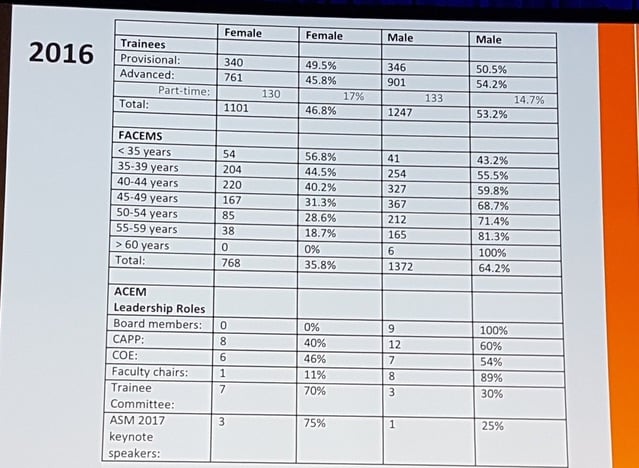 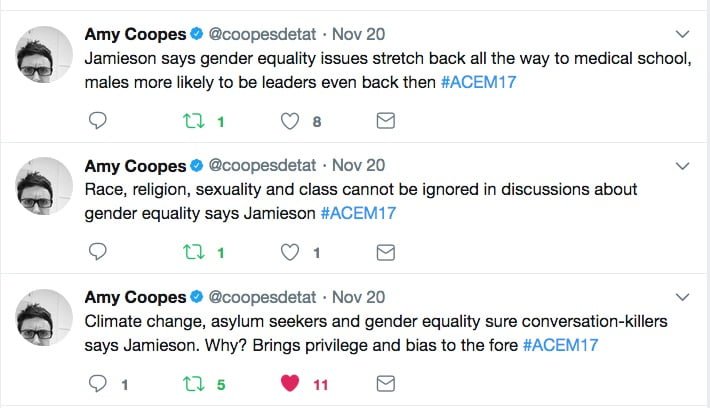 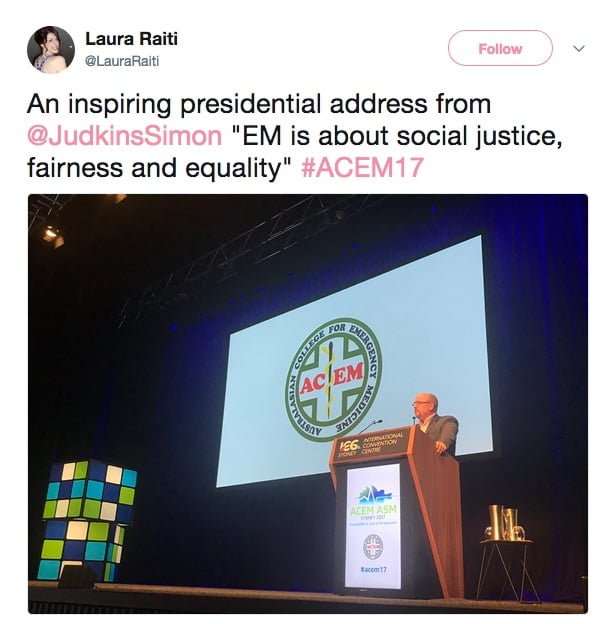 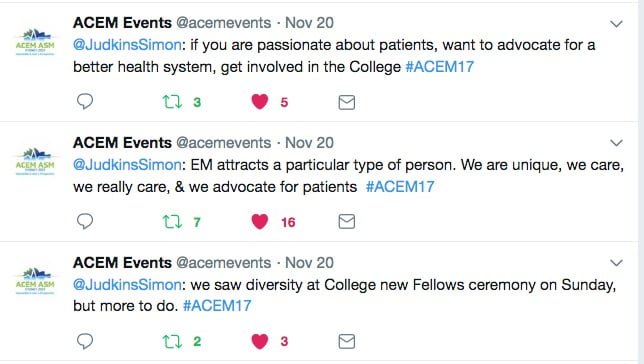 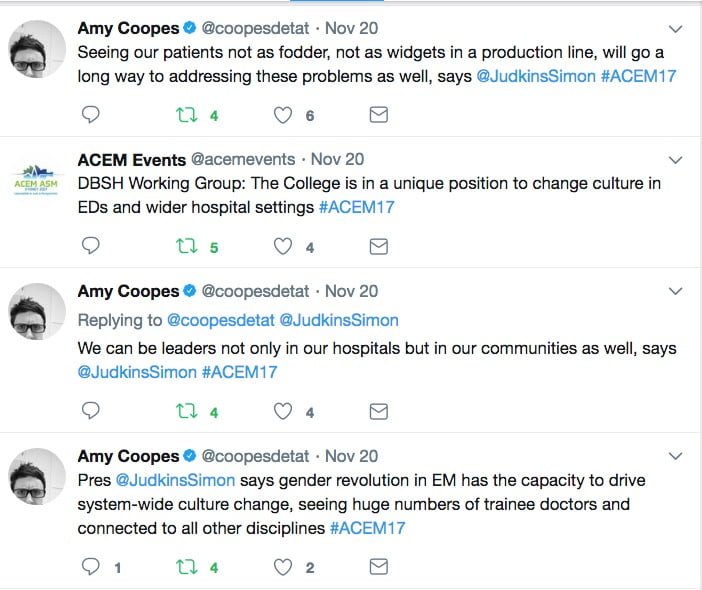 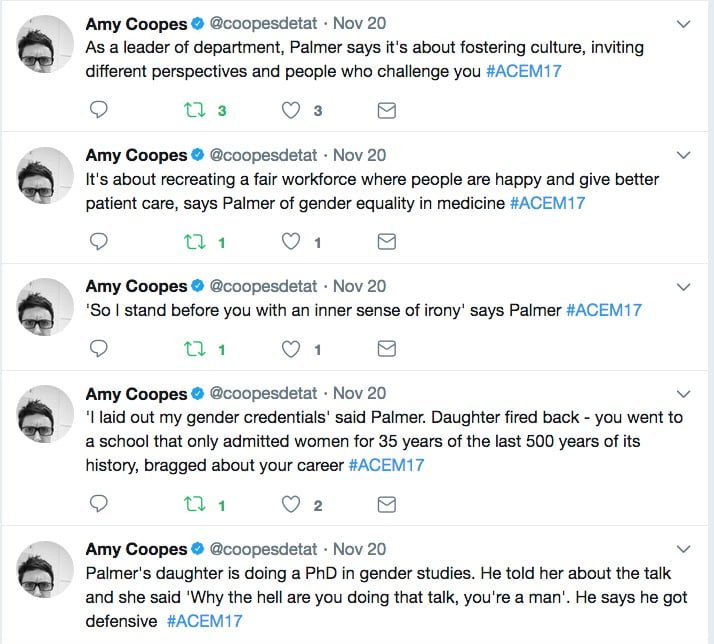 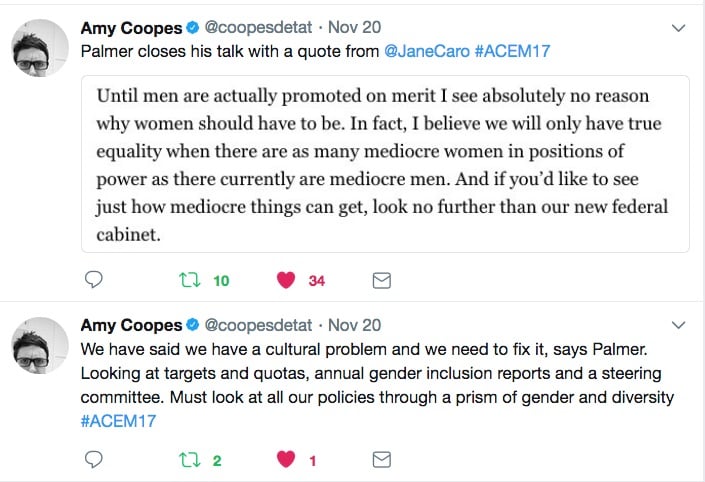 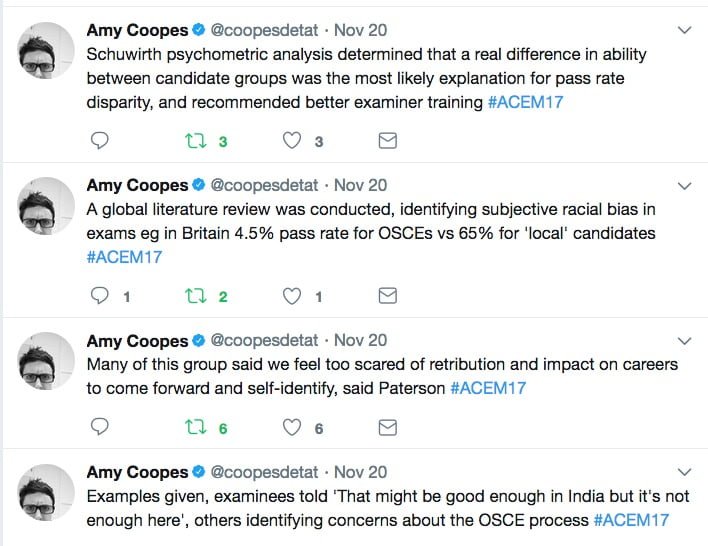 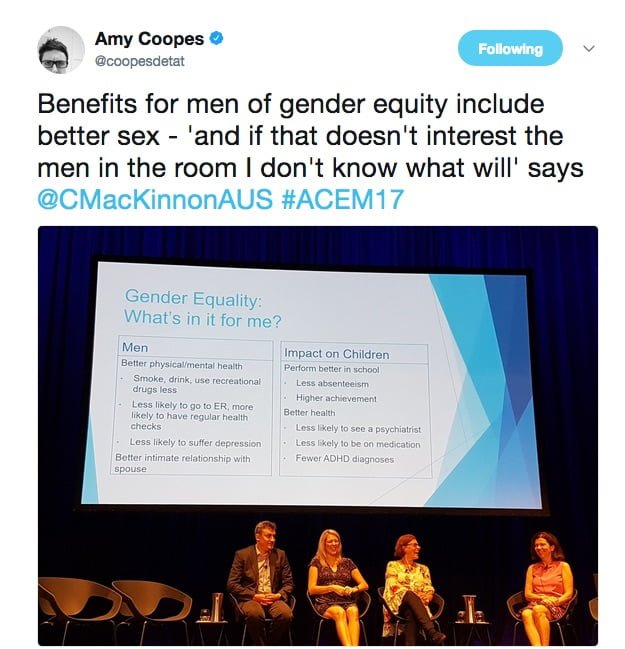 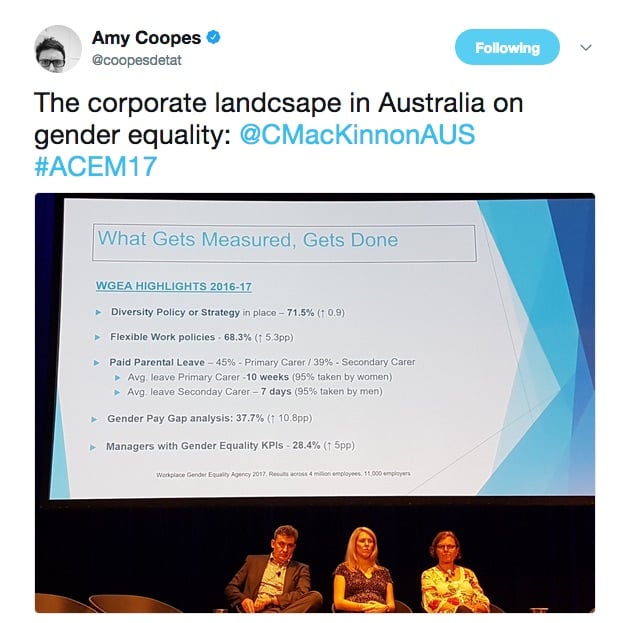 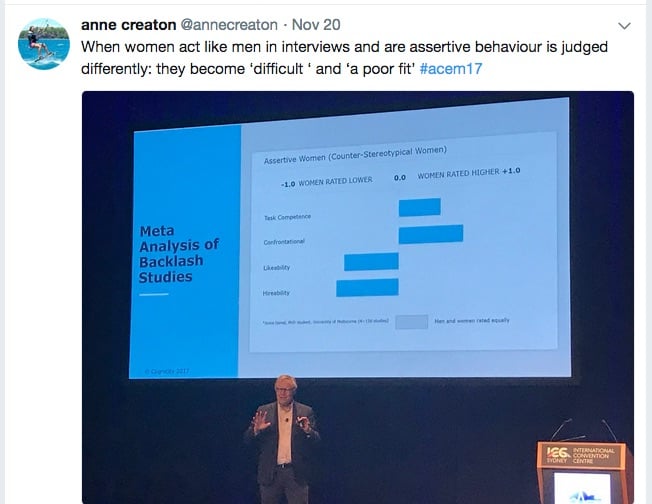 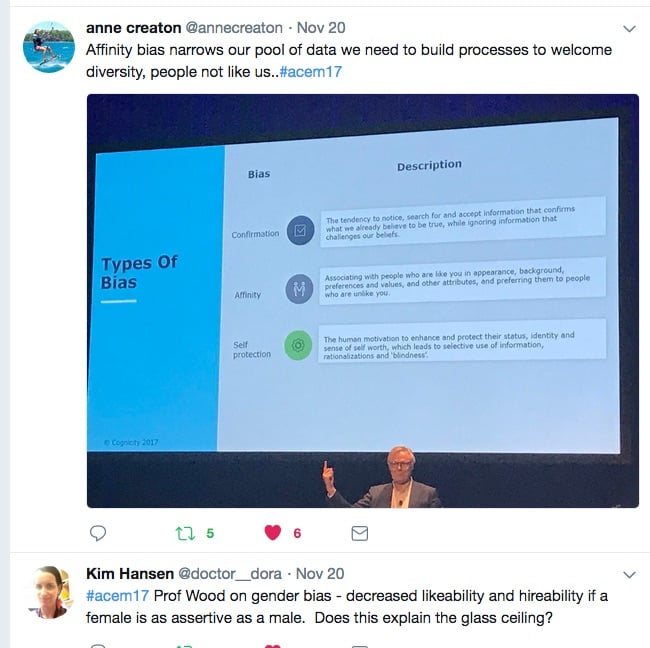 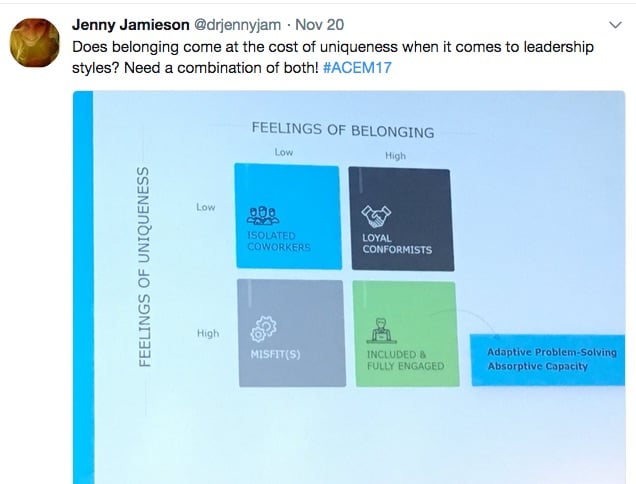 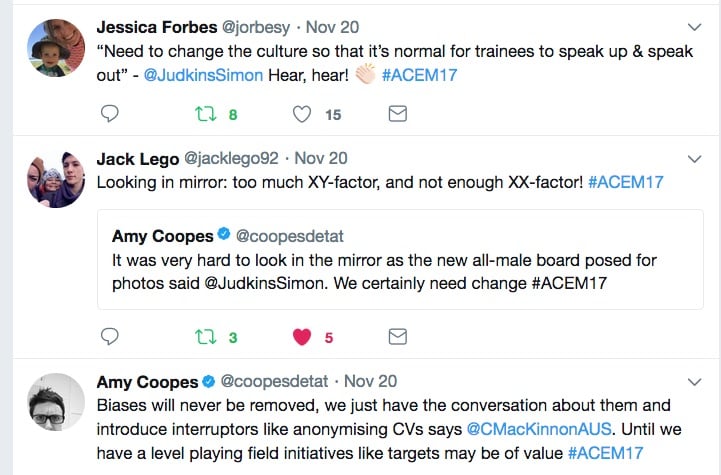 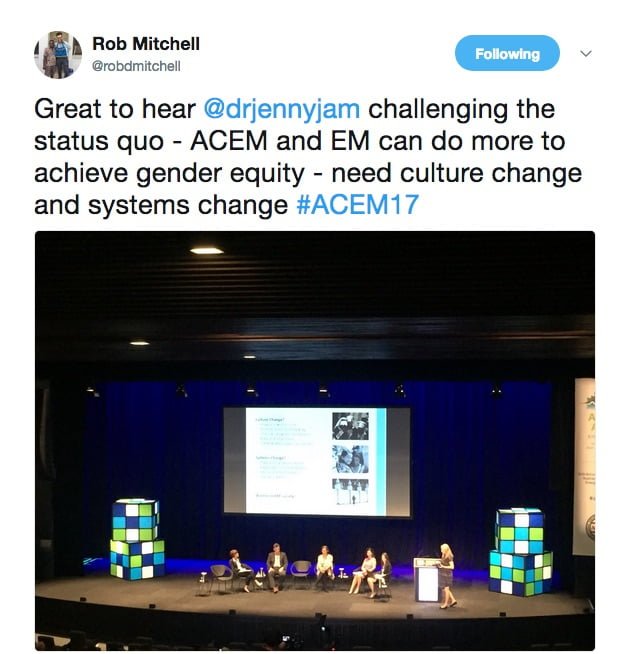 PrevPreviousDo you have the PM’s phone number? #Manus
Next“Whitefellas have to step up”: a challenge to politicians, health services & professionals to focus on cultural safetyNext