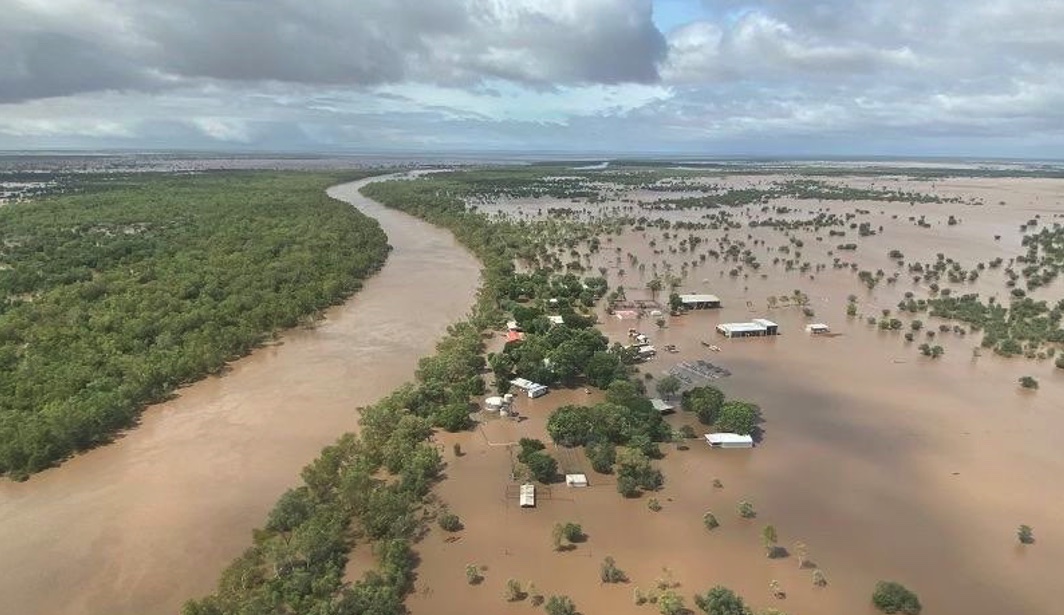 During flooding in the Fitzroy Valley, the only way in to save cattle was by chopper. Credit: Foundation for Indigenous Sustainable Health (FISH)

Political leaders have been urged to consult with Traditional Owners and community leaders to ensure local leadership for recovery efforts from flooding in the Kimberley in Western Australia.

In the article below, Croakey editor Jade Bradford also investigates the wide-ranging impacts of the floods, and the urgent need to step up climate adaptation efforts.

The floods in the Kimberley region of Western Australia have destroyed nearly 77 homes and businesses, displaced hundreds of community members and cut off supply routes, leaving people stressed and frustrated.

Most people evacuated to Derby where they continued to encounter challenges when trying to apply for support payments and purchase food and fuel.

Flood relief packages were announced on January 9, but many community members struggled to complete applications due to issues such as a lack of internet and mobile phone access.

There were also problems when trying to send crucial supplies, like medicines and food, into cut off areas due to the damaged roads and bridges.

The impacts of the floods have highlighted the need for community input when planning for future extreme weather, as first reported by Alison Barrett for Croakey.

Kimberley Aboriginal Law and Cultural Centre (KALACC) Coordinator, Wesley Morris, told Croakey that while the WA Government was good at some things in relation to the disaster response, its engagement and communication with local Aboriginal communities needed improvement.

“You’ve got all these worried and anxious people,” he said.

“[If you look at] a town like Derby for instance, the supermarket in Derby, the IGA, has been shut from the get-go. So, one of the two supermarkets hasn’t been open since this event happened.

“Derby is quite a large community, probably the third biggest after Kununurra. It used to have artisan markets, food markets and now all that’s open is the Woolworths, and the stock is falling low.”

The CEO of the Foundation for Indigenous Sustainable Health (FISH), Mark Anderson, and his team have been helping to get flood relief packages to impacted community members.

Anderson said at one point a barge loaded with food was sent to Derby from Broome but it had to be turned back because of the amount of debris in the water.

“I think there’s a long road ahead. The road network on both north and south of the town is going to be really challenged and to fix that is a long-term strategy,” he said.

The ABC has reported 38 homes have been declared destroyed by the floods out of 390 flood damaged homes inspected, along with 39 businesses that have been destroyed. WA Premier Mark McGowan told Perth radio station 6PR that the repairs to the Fitzroy bridge and the roads could take years to finish.

Professor Anne Poelina, a Traditional Custodian of the Matuwarra/ Fitzroy River, said her community Balginjirr had been described as a ‘disaster zone’ and that nothing within the community was insured.

Poelina said there needed to be a ‘total reset’ and that more Commonwealth support was needed to empower local governments to focus on a bioregional framework.

Bioregional frameworks map areas of land, dividing them up according to characteristics such as land formation and climate. These frameworks can help with conservation management, including protecting ecosystems and implementing fire management plans.

“This investment is critical to local planning and development strategies to assist communities to become more climate resilient and adapt to these predictions forecasted by the Bureau of Meteorology,” she said.

Bioregional frameworks are current Commonwealth Government Policy until 2030 and Poelina said they map out watersheds in every part of Australia.

“[From] an Indigenous perspective, we know that the geography, the living waters and the ecology is what determines a governance model that we should be following,” she said.

“Indigenous wisdom which has shaped this country for millennia needs to be factored into planning and development, particularly when it comes to disaster relief because we know our communities.”

Environmental scientist and Gamilaraay woman Toni Hay wrote an article in The Conversation recently with similar calls to Poelina’s around the need for culturally embedded disaster planning.

Hay is the founder of Indigenous Climate Change (ICC), which assists Indigenous communities to develop climate adaptation strategies and plans.

Speaking to Croakey, Hay said through her work at ICC she was shocked to find there were no climate adaptation plans in many communities within Australia.

“There are quite a few worries with that. But one of the main ones is your climate adaptation planning goes across all of your programs and all of your organisation and all of the community,” she said.

Hay said while there was a lot of focus on climate mitigation, which was important, there was an absence of adaptation plans. She stressed that without these critical plans in place, the community was being left to wait for a disaster before taking action.

“It’s not just a government thing, and I think we need to, highlight that it’s not just sitting back and waiting. [Community] have to be included, otherwise, you just don’t have the infrastructure and resources,” she said.

“It’s a combination, it has to be done all together, and the Indigenous organisations definitely can lead this.” 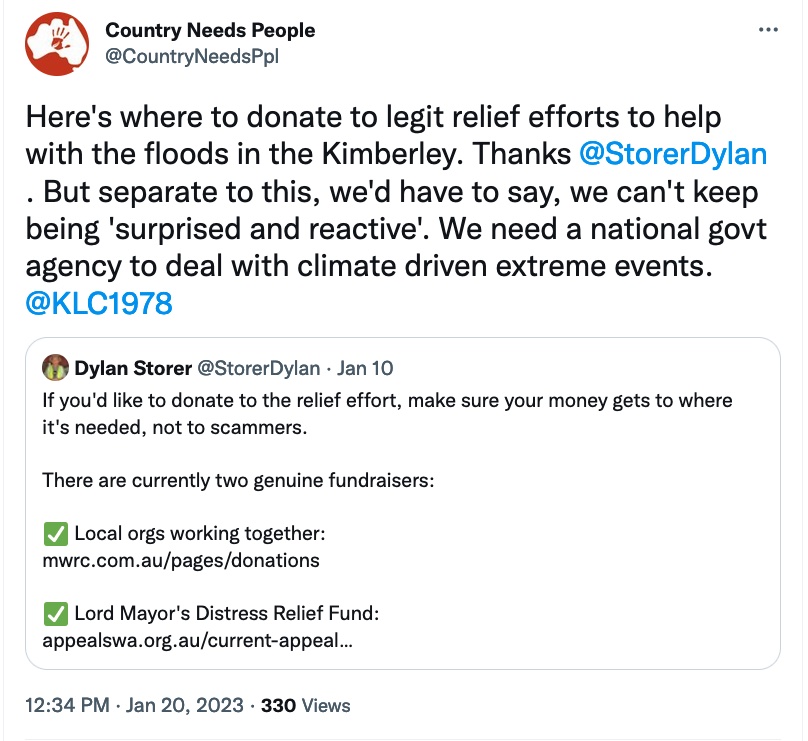 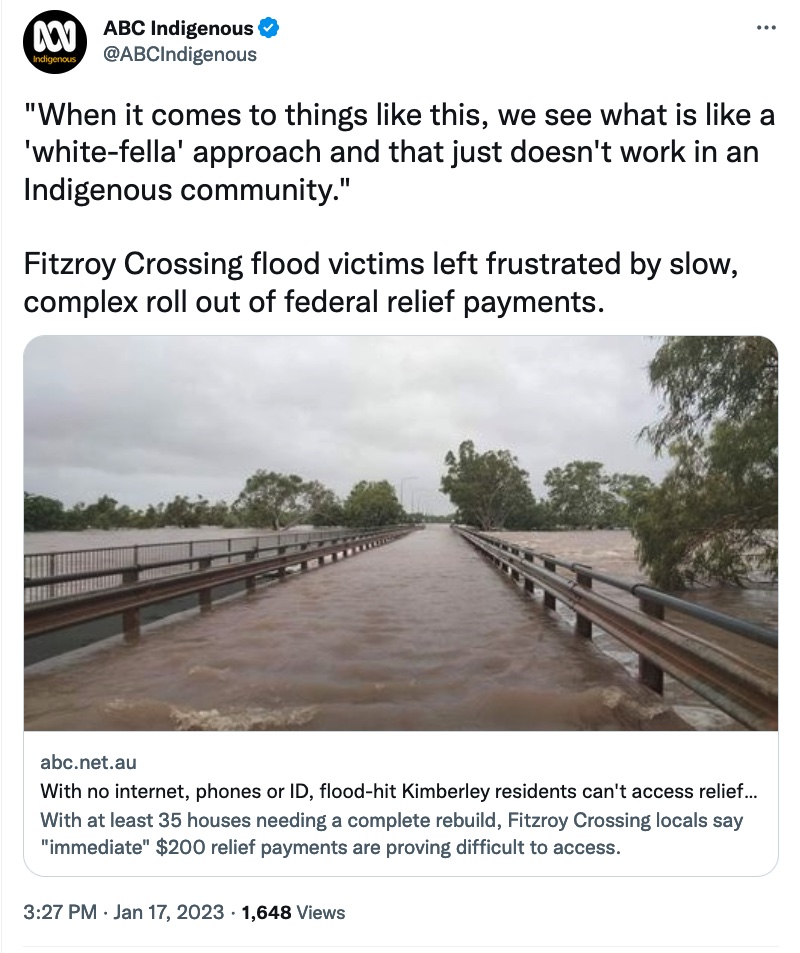 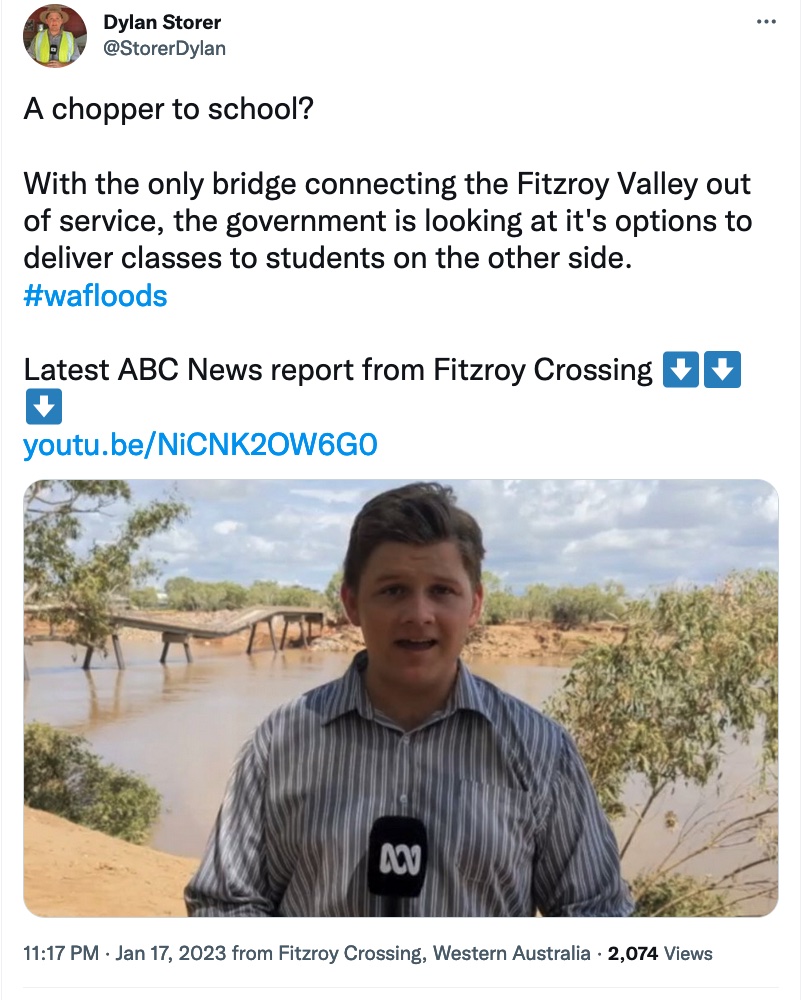 The WA Government is yet to release its Climate Adaptation strategy but released the framework Climate Resilient WA in December 2022.

The framework details a need for the impending strategy to include Indigenous voices and knowledge and consultation findings with Aboriginal people.

However, having only a standard overarching strategy is something that Hay says will not be enough to meet the needs of Indigenous communities, especially remote communities.

“Standard mainstream climate adaptation plans don’t meet us. They don’t reach the most vulnerable, they don’t meet our communities. They just meet people who are living in mainstream suburban sort of communities,” she said.

According to Hay, standard strategies and plans can help form a baseline for developing climate adaptation plans alongside community engagement.

GetUp CEO and Widjabul Wia-bul woman Larissa Baldwin-Roberts said in a submitted statement to Croakey that climate disasters are exacerbating inequalities already faced by communities like the Kimberley.

“For decades communities have been asking for better roads, climate safe housing, and an end to fossil fuel extraction on their Country which is directly driving these disasters,” her statement read.

“We are calling for the Prime Minister and National Cabinet to urgently meet so we can understand what their priorities are and pull together a plan for recovery in direct consultation with Traditional Owners and local leaders, who know their communities better than anyone else.”

You can donate to the Fitzroy Crossing Flood Appeal to support those affected.

• Jade Bradford is a proud descendent of the Ballardong Noongar people in Western Australia and an editor at Croakey.

PrevPreviousGlobal health leaders urged to learn from recent history in Afghanistan – and to work for peace, for health
NextHow readers can help contribute to an important consultation on sustainable healthcareNext