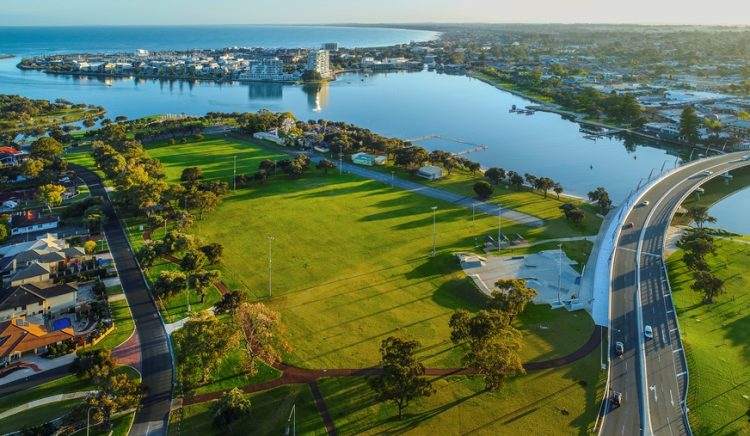 In Western Australia, a case study of local government leading on public health

As Western Australia heads to a state election on 13 March, a local government in a regional area is showing leadership in public health, banning outdoor advertising for unhealthy products in the areas it controls, reports Associate Professor Mel Stoneham. 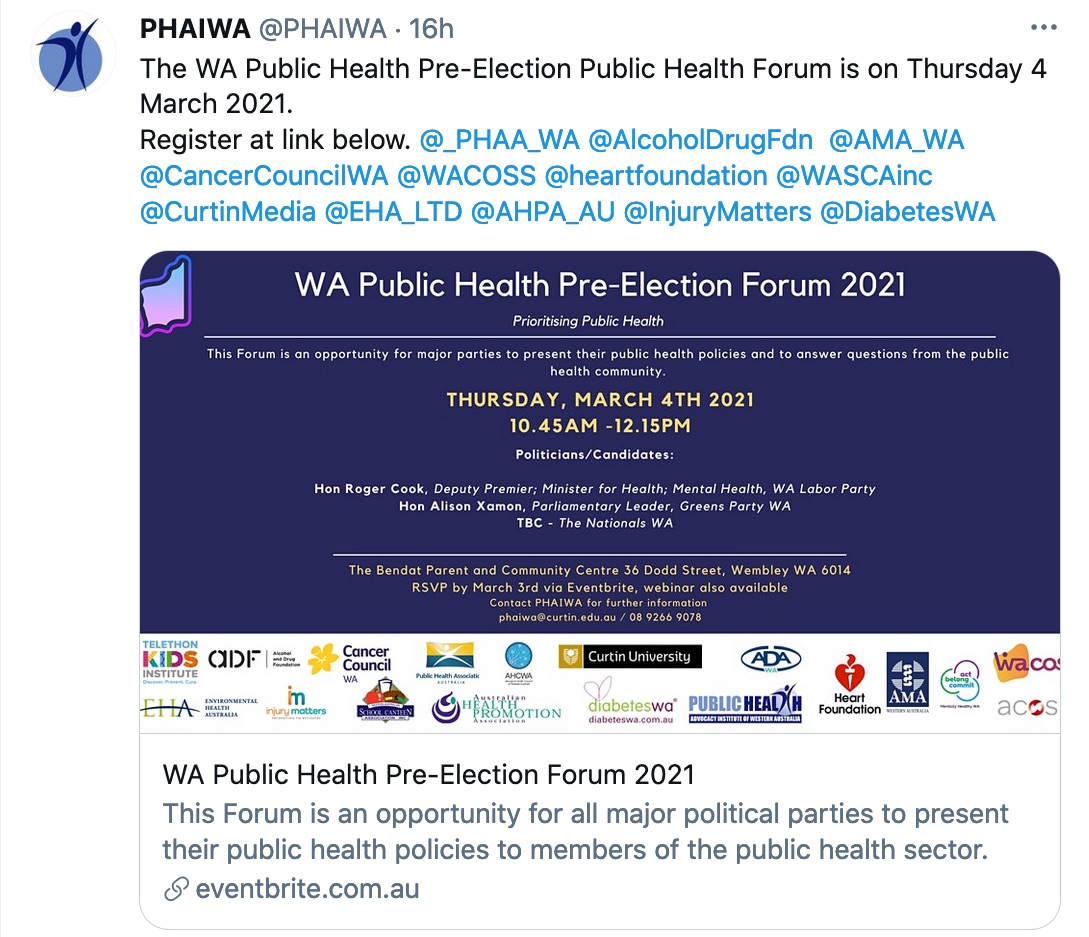 Outdoor advertising is a rapidly growing form of marketing in Australia, with its messages able to reach a large, unrestricted audience as it is highly visible and continuously ‘on’. As the Outdoor Media Association website states “roadside out of home advertisements liven up our time on the road. They point us in the direction of the next food stop on family road trips, and give us something to consider while waiting at traffic lights.”

But this constant exposure to advertising for products including unhealthy food and alcohol has been shown to influence children and adolescents’ behaviours and attitudes. Exposure to outdoor advertising for unhealthy food and sugary drinks has been positively associated with an increased likelihood of obesity and exposure to outdoor alcohol marketing near schools has been associated with intentions to consume alcohol among young people.

A 2018 WA study found that of 293 advertisements recorded at bus stops within 500 meters of a school in metropolitan local governments, 31 percent featured unhealthy products. Over half of these unhealthy advertisements were for fast food.

So it is with some excitement that we can now report that a large regional local government south of Perth has decided to ban all advertising of imagery of unhealthy food, alcohol and tobacco.

The City of Mandurah is Western Australia’s largest regional city. It is 70 km south of Perth and is home to around 86,000 people, with children aged 0 – 14 years making up 18 percent of the population.

At the February Council meeting, this innovative local government showed true leadership by ratifying a policy to prohibit unhealthy advertising on City managed lands and road reserves under the control of Main Roads. The forms of advertising the following clauses relate to include illuminated street signs, bench seats, banner poles, bins, billboards and bus shelters.

The Policy that links to the City’s Public Health and Wellbeing Plan states the following advertising is prohibited:

When proposing this Policy to the Elected Members, the Council Officers called upon the evidence in their Public Health and Wellbeing Plan to influence a positive decision. The Officers stated that three out of four adults in Mandurah are obese or overweight and that Australian adults are getting more than a third of their daily energy intake from junk food.

The City Officers reported they had considered several options in relation to unhealthy or junk food and alcohol advertising in the past but that unlike smoking or tobacco advertising, regulation had not been established to prohibit the advertising of junk food or alcohol in Australia.

They stated it is challenging to govern or create an effective policy position; however, they recommended to the Elected Members that until such regulation is introduced to ban unhealthy or junk food or alcohol advertising, the proposed Policy would provide for a healthier community by prohibiting images of unhealthy food or images that promote alcohol or the consumption of alcohol products on bench seats and illuminated signs.

In making a decision whether an advertisement specifically showcases an unhealthy food, the Officers stated they would access information from the Australian Dietary Guidelines, WA Healthy Options Policy and the Live Lighter© public education program to seek a determination whether the food product is categorised as unhealthy/junk food.

The assessment process will consider permitting an image of the product if the business can demonstrate it is a true representation of the product they sell and provides nutritional information, and that the image is linked to a health message.

As an organisation that wholeheartedly supports local governments to develop Public Health Plans, the Public Health Advocacy Institute of WA (@PHAIWA) tweeted this Policy decision last week and the response was overwhelming positive. (See some of the responses below this article).

Local government is often overlooked when considering how to influence health and wellbeing of communities.

Yet it plays a critical role in maintaining and developing the social and economic fabric of regions, bringing communities together and producing local solutions to local problems.

This Policy, which aligns with the City’s community-driven and evidence-informed Public Health and Wellbeing Plan is a clear example of the influence that local governments can have as place shapers and demonstrates that this level of government does matter and should be valued.

The vision of the City of Mandurah’s Public Health and Wellbeing Plan states that it aspires to create a place where the community is proud, inspired, inclusive and innovative where the City respects our connections to the past and creates a positive future. It goes on to state that will be achieved through delivering on the City’s values of being connected, using integrity, excellence, innovation and by being courageous.

The adoption of this policy which prohibits unhealthy advertising, and is one of the first decisions of its type in the local government sector in Australia, certainly amplifies the City’s values, with a particular focus on courage and demonstrates that local governments can, and are, leading the way.

Now that one local government has taken this step, it is up to others to follow. This intervention is cost neutral yet benefits many and demonstrates excellent civic responsibility.

Well done to the City of Mandurah and we look forward to other local governments following their lead. 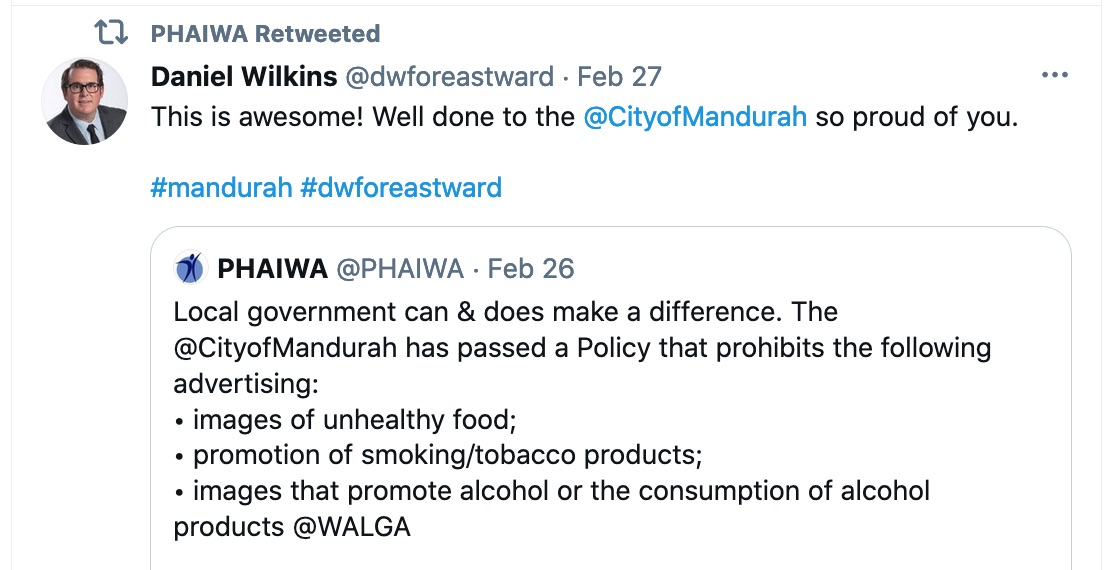 PrevPreviousCalling for culturally safe aged care for Aboriginal and Torres Strait Islander people
NextLook at all these health and medical experts: what do they know about climate change?Next