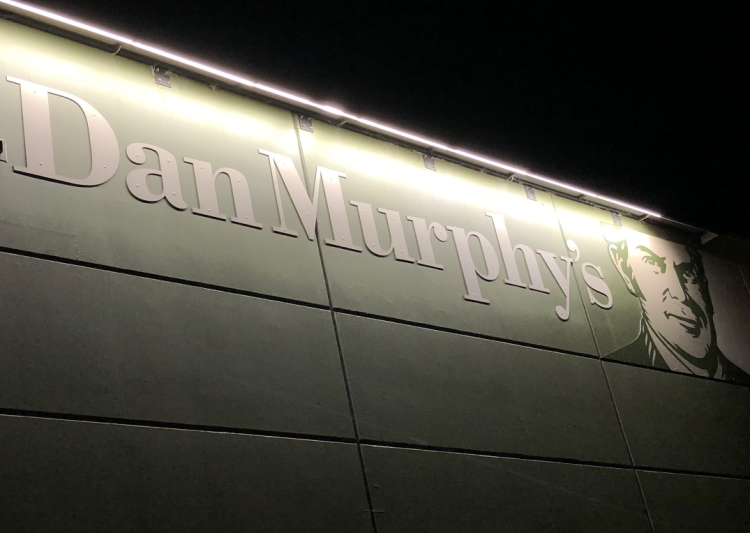 Introduction by Croakey: News that Woolworths has scrapped its long-term plans to open a mega Dan Murphy’s outlet near Darwin’s airport has been welcomed by Aboriginal and Torres Strait Islander communities and leaders, and public health groups.

However, as Marie McInerney reports below, they have called on the retail giant to rule out a development at another location and said it was time for more socially responsible decision making from commercial entities about the impacts of alcohol-related harm in the communities they serve.

Aboriginal and Torres Strait Islander community and health leaders, and their allies have welcomed Woolworths’ announcement it has halted plans for a mega Dan Murphy’s store in Darwin, hoping the decision now brings to an end five years of advocacy against a “disastrous” proposal.

However, the groups say they remain “cautious”, and urged Woolworths to guarantee it will not pass the liquor licence for the proposed store over to its subsidiary, the Endeavour Group, to “leave the back door open” on another application in the months or years ahead.

“Until Woolworths confirms they will retain the liquor license, a megastore being built near dry Aboriginal communities will hang over Darwin,” said a statement by Danila Dilba Health Service, Aboriginal Medical Services Alliance Northern Territory (AMSANT), NT Council of Social Services (NTCOSS) and Foundation for Alcohol Research and Education (FARE).

“This is a huge community victory after years of poor consultation and lack of empathy for its concerns from one of the nation’s biggest corporations,” they said.

Alongside local community leaders, the groups have campaigned for years against the proposed megastore. They have been joined by other health and social justice leaders, including journalist Jeff McMullen and Lowitja Institute chairperson Pat Anderson, who said the proposed mega store would have put Aboriginal health and wellbeing at grave risk and undermined the NT’s commitments on self-determination and addressing alcohol harm.

Health and community leaders had warned that, with the existing high density of bottle shops in Darwin, the addition of a megastore would have a disastrous impact on the city, noting that the Northern Territory experiences some of the worst alcohol-related harm in the country.

“As a long-term advocate against this Dan Murphy’s store, it’s really great to see that the concerns of health professionals and community leaders are finally being heard after five long years,” said AMSANT CEO John Paterson.

Danila Dilba CEO Olga Havnen commended Woolworths on the decision, saying it provided the retail giant “with an opportunity to become a national leader in corporate responsibility and influence the business sector in its engagement with Aboriginal and Torres Strait Islander people”.

After having previously lost bids to build the store, Woolworths was late last year suddenly granted approval to go ahead with the proposal, after enabling legislation was rushed through Parliament by the Northern Territory Government, shocking community and health groups back into action.

However, in response to their outcries and sustained campaigning, Woolworths said last year it would not begin to build the store until it received the findings of an Independent Panel Review that it commissioned about its community engagement, headed by Gilbert + Tobin managing partner, lawyer Danny Gilbert.

Woolworths issued a statement today (see image of statement at the bottom of the post), saying Gilbert had yesterday briefed the Woolworths Group board and management on the findings and recommendations of the Review, “including that the development should not go ahead”.

“The Board has supported Management’s recommendation not to proceeed with the development of the Dan Murphy’s at Darwin Airport,” it said.

Aboriginal and Torres Strait Islander groups had put Woolworths under significant pressure, including asking Reconciliation Australia to revoke its endorsement of Woolworths’ Reconciliation Action Plan (RAP), saying Woolworths’ words in the RAP “sound hollow” in the context of its behaviour pursuing the Dan Murphy’s proposal.

AMSANT, Danila Dilba, FARE and NTCOSS are asking the retail giant to release the Gilbert Review immediately, “in the interests of transparency”.

“This is an important opportunity for Woolworths and other big alcohol retailers to re-assess their community consultation processes and acknowledge the harms their stores do to so many communities across Australia,” they said.

“Communities should not need to fight so hard for so long ever again – this a unique opportunity for a re-set of liquor store approval processes in the NT and indeed across the country.”

The Public Health Association of Australia (PHAA) sent a similar message by Twitter, welcoming the news that Woolworths had cancelled its plans for the store and saying it was good that the retail corporate had listened to the concerns of Indigenous groups.

But it also sounded a warning, saying it was “disappointing to hear from the CEO Brad Banducci that Woolworths may search for a new location for the store”.

“These stores will cause serious alcohol harms wherever they are, and it’s time major retailers listened to the expert public health advice on these issues,” the PHAA tweeted.

The Royal Australasian College of Physicians (RACP) also welcomed Woolworths’ decision, saying the news “comes as a relief to specialist physicians who have been seriously concerned about the impacts of building a liquor megastore and the harms that it would bring to the community”.

“When we increase the access to alcohol in the community, we see a direct increase in alcohol related harms,” said RACP President John Wilson.

“After all progress that’s been made in reducing alcohol related harm in the Northern Territory, building a liquor megastore would have been a disappointing and an unnecessary step backward.

“We hope that this will herald the start of a process where more socially responsible decision making is made by commercial entities about the impacts of alcohol-related harm in the communities they serve.”

PrevPreviousFourth Australian Atlas of Healthcare Variation raises equity and quality questions
NextBack to the Fire in Adelaide, putting the spotlight on racism in healthcareNext