Indigenous professionals working in the alcohol and drug field have to deal with many challenges, including funding threats and insecure employment.

They deserve better, says Professor Kate Conigrave, an addiction medicine specialist and one of the editors of a new handbook for the field.

Last week more than 400 people gathered in Fremantle for the second National Indigenous Drug and Alcohol Conference to share their experience in working to tackle substance misuse.  Most were Aboriginal or Torres Strait Islander.

The alcohol and drug field is not easy.  Many clients have had extraordinarily difficult lives.  And workers must accept that not everyone can be cured, or indeed wants to be cured. But there is great satisfaction in being able to help, and evidence confirms the difference that treatment makes in people’s lives.

Aboriginal communities face far too many of the risk factors for alcohol dependence, including childhood separation or trauma, lack of connectedness to society or control over life, unemployment and major ongoing stress.  And although Aboriginal people are less likely to drink than other Australians, some families or communities have severe alcohol problems. Affected individuals typically have both physical and mental comorbidities, so Aboriginal health professionals face daunting challenges.

At the conference, a Handbook for Aboriginal Alcohol and Drug Work was launched. This plain English, evidence-based guide was written with and for Aboriginal people.  It resulted from a partnership between the University of Sydney and Aboriginal and mainstream agencies. 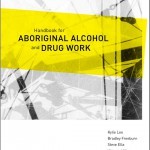 The four Aboriginal editors (out of a total of six) collectively have more than 60 years of professional experience in health, spanning treatment and prevention in urban and remote settings.  Bradley Freeburn and Steve Ella have been inducted into NSW and National Halls of Fame respectively for their work. Jimmy Perry and Warren Miller are regularly asked to teach others about their work in remote communities.

The very week the book was being printed in early May, we were stunned to learn that the Commonwealth had decided to withdraw funding from the agencies of three out of our four Aboriginal editors.

Warren and Jimmy would be unemployed within three months. And this was despite the latest independent evaluation of their program recommending its expansion.  Bradley, who heads the respected Drug and Alcohol Unit at the Redfern Aboriginal Medical Service, would have to close his doors three days out of every five.

If your aim was to remove talented individuals with real capacity to make a difference, these three would have been high on your list.  And collectively these programs have unique capacity to reach the most disadvantaged Australians.

They were not alone: an estimated 90% of federally funded Aboriginal controlled alcohol and drug programs around the country that applied in that round lost their funding.  This seemed to be a nation-wide kick in the guts for Aboriginal professionals who were striving to make a difference.  Several highly skilled professionals said they felt like throwing in the towel.

Aboriginal workers were all agreed that any lazy and corrupt agencies should be fixed or closed.  But, except for a small minority of services (four were mentioned by the Minister for Indigenous Health, Warren Snowdon), no such accusation was made.

Widespread uproar followed and, to the Government’s credit, many of these decisions have since been reversed. But for some individuals there was a lag of over a month before they knew they would have a job in July. The emotional toll on them, their families and communities was immense.

The decision-making processes on these issues, which are key to ensuring the health of Aboriginal families and communities, need careful review.  Many workers in the field were also led to question the Government’s stated respect for Aboriginal people’s right to have a say in their affairs.

At the conference, Minister Snowdon, defending the Department of Health and Ageing’s decision to remove funding from services, cited a story about an Aboriginal man who had relapsed to drinking after completing a period of rehabilitation.

So while we are pleased to have produced our Handbook for Aboriginal Alcohol and Drug Work, and hope that it will support the impressive professionals in the field, we know it is not enough.

While so many Aboriginal staff in drug and alcohol programs still have three year’s job security and minimal career advancement opportunities, there is a major barrier to workforce development.

One would question why these individuals should persevere.  Luckily they do so because of a deep commitment to their communities.

• Kate Conigrave is an Addiction Medicine Specialist, Public Health Physician, and Professor, School of Medicine, University of Sydney;  a Director of the Foundation for Alcohol Research and Education, and one of the six handbook editors.

The handbook is freely available online.