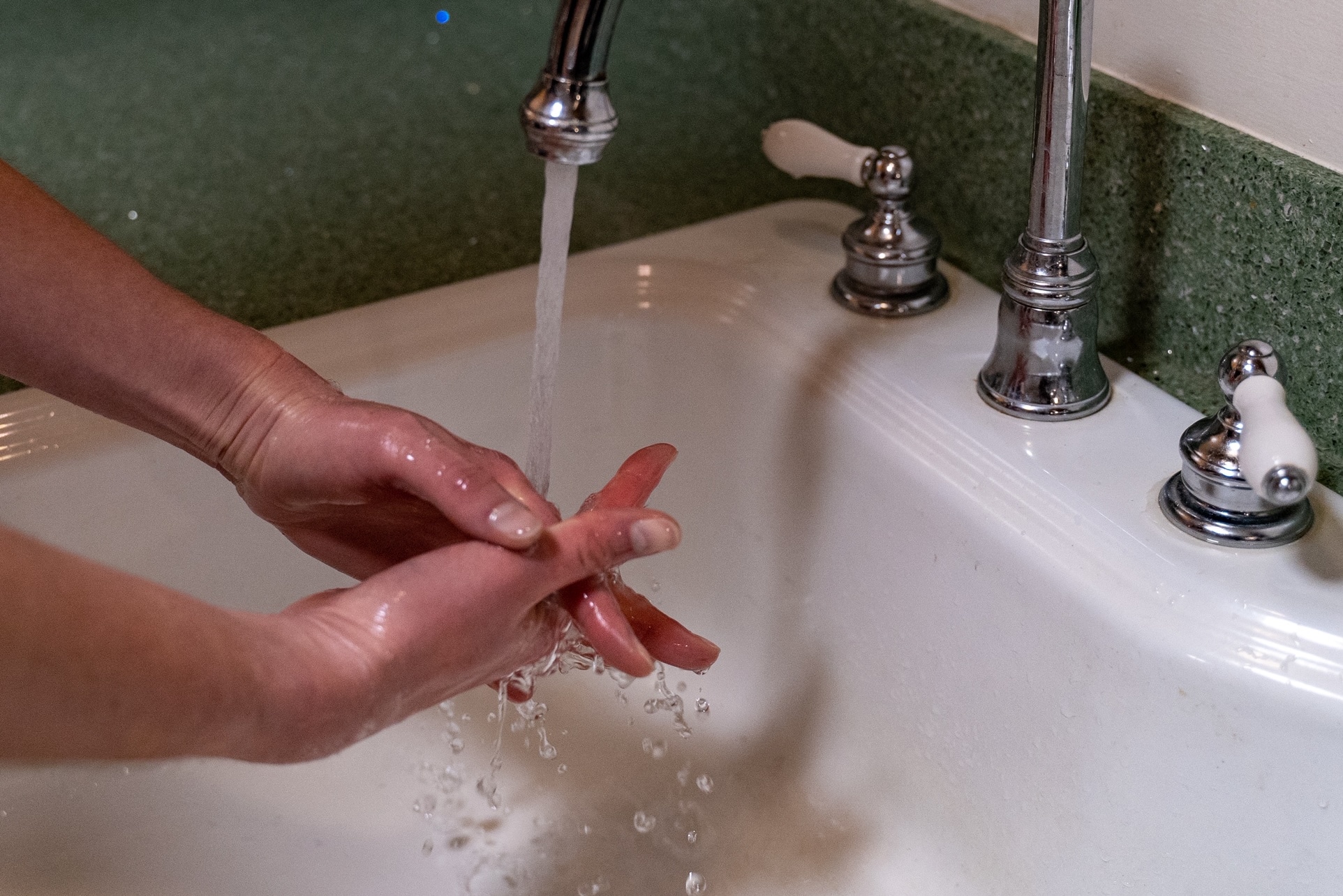 As reported earlier at Croakey, the circumstances surrounding a coronavirus outbreak have thrown North West Regional Hospital in Burnie, Tasmania, and its staff into the spotlight this week.

Malicious criticism of staff caused Tasmanian Premier Gutwein to take the unusual step of instructing critics to hold their fire, while the outbreak is formally investigated.

In the meantime, what can we tell from publicly available data about infection control at North West Regional Hospital?

In the post below, health health policy analyst, Martyn Goddard, points to one measure that provides some insight. While viral outbreaks behave somewhat differently to the spread of bacterial infections, handwashing is a key strategy in preventing the spread of any disease in hospitals.

And routinely collected data on in-hospital Staphylococcus aureus bloodstream infection are a very good surrogate for whole-of-staff compliance with this simple but life-saving hygiene practice.

There have been claims that the outbreak of COVID-19 cases at the North-West Regional Hospital in Burnie has been at least partly due to poor observance by some staff of social-distancing rules.

There are no objective data on how behaviour by staff and patients outside the hospital compares with other hospitals. However, the main measure of infection control within hospitals – incidence rates of Staphylococcus aureus (golden staph) bloodstream infection – is well-recognised and well-documented.

As these figures can be volatile from year to year, the averages of the eight years may be more reliable. In either case, the NWRH has the lowest rate in the state. 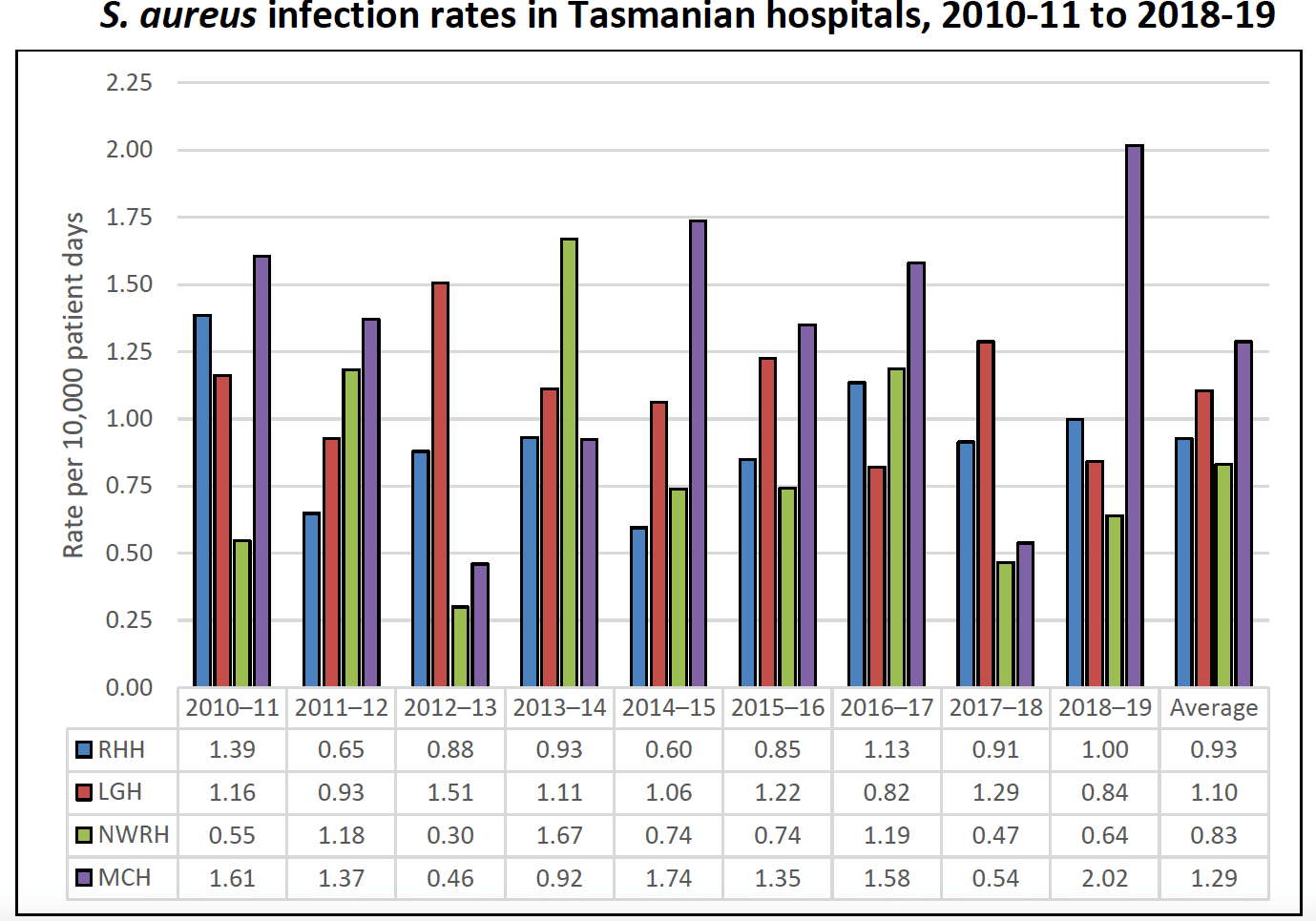 Interestingly, S. aureus rates at the NWRH have consistently been the lowest of any of Tasmania’s four major hospitals and in 2018-19 were well below the national average (0.64 cases per 10,000 patient days against a national figure of 0.75).

This indicates that staff at this hospital have routinely and consistently observed hand-washing and other infection control procedures. It therefore seems unlikely that reckless staff behaviour is implicated in this outbreak.

The second figure (below)  shows how the four main Tasmanian public hospitals compare with their national peer-average counterparts.

The national averages show how much each hospital’s rate of S. aureus per 10,000 patient days differs, up or down, from its peers. Smaller hospitals tend to have lower rates than major hospitals; in any case, the NWRH performs as well as similar-sized hospitals across the country. 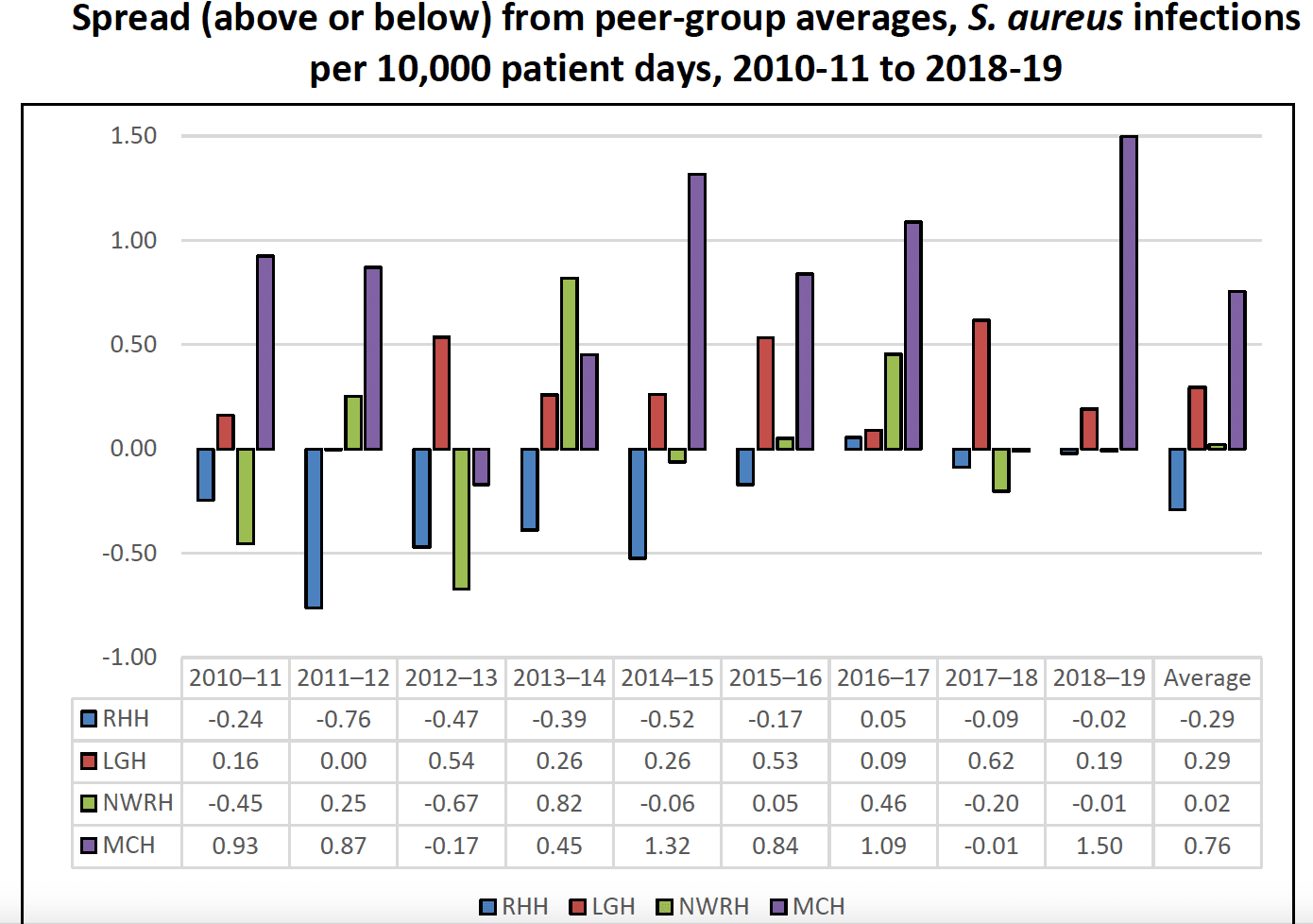 The table below is a state-by state comparison for all public hospital combined, of rates of S. aureus infection in the most recent year for which data are available, 2018/19.

In 2018/19, Tasmania as a whole had Australia’s second-worst result in controlling S. aureus in its public hospitals. If the NWRH result had been repeated in the other three hospitals, Tasmania would have had the third-best result.