Regular readers will know that Croakey takes a keen interest in innovation in health media and journalism, but most of the examples we’ve come across have been from the US. It makes a welcome change to be able to report some local news on this front.

The Health Reporter, an online publication dedicated to covering Australia’s health system, was launched this week. Thanks to one of the founders, Michael Riley (more of his bio details are at the bottom of the post), for answering a few questions about the new publication.

Q: How did the concept develop and who was involved?

The Health Reporter was born of the belief by its owners that Australia’s health system is important and large enough to have its own daily online news site producing original news content and opinion.

Secondly, while visiting my Dad in Royal North Shore hospital before he passed away in 2010, I saw the best and the worst of the health system. In one visit over two days, I noted 45 issues I knew would make great stories and heard another 100 from patients, families and staff. It was 50/50 between the good and the bad. And I knew that the dailies, electronic media and trade publications couldn’t cover them all.

I’m a great admirer of the stories being produced by the various health and medical reporters on the daily newspapers and in the many trade journals, blogs, industry websites and sector specific publications. But they can only cover so many stories or are restricted to a particular health industry or professional group. We also have some different approaches and ideas on news that will develop over coming months.

I was introduced to my business partners by chance. I was looking for a digital advertising agency to help with the advertising strategy and sales.

Jamie and Lori Silver, from Melbourne agency Pixel Light, liked the concept and the potential of the business so became part shareholders.  Having worked with Seek, realestate.com and LookSmart, they know the digital and online space and have some great ideas for the site that will be revealed soon. It’s a great mix of skills and we work well together.

If I’m ever in doubt about a story, I revert to the MEAA Code of Ethics, which our team is well versed in. A hard copy of the MEAA code sits on my desk and an electronic copy is on our website. I also like the code that appears on the West Australian’s website.

Q: Your goals – both editorially and from business point of view?

Our first priority is to make ourselves known to as many health industry people as possible. Our first week has given us a chance to iron out the cobwebs and post some solid news stories and opinion that give us a starting point.

I was pleased we broke the story on calls for a new National Poison Antidote inventory before news.com.au wrote about it on Thursday claiming it as their ‘exclusive.’ Already, we want to make changes and improvements to the site.

We will be adding an RSS feed asap, our daily newsletter will start shortly, we have a number of news and feature specials planned and we are going to introduce a new section to the website focussed on innovation news.

For the next few weeks, my first priority is to produce some strong news content so people can see we have a great team of writers with a well-developed news sense. We’ll slowly increase our output of stories and then hit full stride in early February.

Our long-term goal is to break news, provide challenging and thought provoking opinion pieces and help set the health news agenda rather than follow it. We know that will take some time and we don’t expect to be beating everyone to every ‘exclusive’. We are working on the premise that there are a number of issues, stories and opinions that can be reported more broadly and some important stories and issues that warrant further coverage or follow up.

We are really excited about the Health Innovation News section and it won’t be a rehash of press releases. It will be news on innovation and reported properly. We’re open to ideas or tips from now.

We are keeping our longer-term business strategy to ourselves for now, but we’ve mapped out our plan and goals. Jamie, Lori and I come from backgrounds and companies where a business plan and strategy is mandatory.

Q: Who is involved, both on the editorial team, and who is funding the venture?

We’ve hired experienced freelance journalists with newspaper backgrounds and are adding more to be able to cover all of Australia. The core team are serious news journalists who produce news angles and file quickly and thoroughly. Already we’ve uncovered some great stories, many more are set to appear in coming weeks and I’ve got no shortage of well-known journalists that want to write for us so that is a good sign.  I’ve worked in journalism and on the ‘dark side’ in the public and private health sectors and the pharmaceutical industry. This gives me a unique insight into the health industry and many contacts at a range of levels.

The business is funded by the three shareholders and is a very low cost business model. We will provide all news content for free and generate revenue via advertising. We have other initiatives planned that will generate revenue but we will outline those a bit further down the track.

Q: Who you see as your readership?

The broader health industry, policy makers, influencers, health innovators and those that work in and around the health system. We all know it is a broad sector and we believe we can produce stories that interest a variety of health stakeholders. As word spreads and the content is seen as interesting to a wider readership, we want health consumers and the general public to know that the Health Reporter is the place to go to view what is news in the health industry. Again, we aren’t promising miracles but that is the long-term goal.

Q: Your ambitions – eg where would you like to be in five years?

Business-wise we have a one-year business and marketing plan and we are just starting to develop our plans out to three years. We have a solid and low cost model and the forecasts look great. I’ll leave it at that.

Editorially, we want to be a trusted and consistent source of original and breaking news and opinion and the market leader in health reporting and news.

We will always be open to feedback, ideas and suggestions as well as editorial contributions, news tips and strong thought provoking opinion pieces.

More details about The Health Reporter team are here and below are brief bios of Michael Riley, Jamie Silver and Lori Silver.

The Health Reporter management team is:

Michael Riley – Managing Editor. Began his career with a journalism cadetship at News Limited in Sydney, followed by stints in regional newspapers, Queensland Newspapers and Brisbane’s Sunday Sun before spending the past twenty-five years in corporate and public affairs including functional leadership roles for some of Australia’s largest companies. This includes senior management roles in the pharmaceutical industry as well as the public and private health sector thus giving him a unique insider’s perspective on Australia’s health system.

Jamie Silver – Jamie started his career as a journalist, studying at RMIT before working for several years at The Melbourne Times. He moved across to the Internet in its early days, taking a role at LookSmart, an Australian search engine. This was followed by a role at online employment classifieds leader SEEK, where he managed the online marketing activity and key alliance partnerships. Jamie moved on to Zenith Optimedia where he established the agency’s search marketing offering and worked on clients such as NAB, Telstra, Sensis, Qantas and the Victorian Government. He left Optimedia to become one of the founders of Clear Light Digital, a digital agency that merged with Pixel Group in August 2011. Jamie has over ten years experience in digital advertising and business development from key roles at some of Australia’s leading online players. Jamie is Managing Director at Pixel Light.

Lori Silver – Lori’s passion for the online community and her commitment to the advancement of the digital space has kept her in love with technology since the early days of bulletin boards and soldering things onto mother boards. That early adoption of the internet has seen Lori take quite a ride, working on one of the early search engines, LookSmart, where she worked on the team that developed the first sponsored links product in Australia. She then moved on to the role of Ad Product Manager at real.estate.com.au, before co-founding Clear Light Digital and later Pixel Light. Lori’s expertise includes strategic digital marketing, advertising product development and revenue generation strategies for online businesses and the technologies that underpin the targeting and serving of digital advertising. Lori is Strategy Director at Pixel Light. 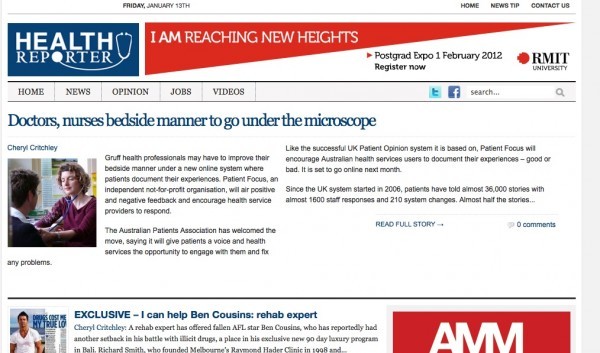 With media diversity now on policy agenda, an investigation of community radio’s importance in times of “polycrisis”