Home Croakey projects @WePublicHealth2021 Invasion Day 2021: No more about us, without us 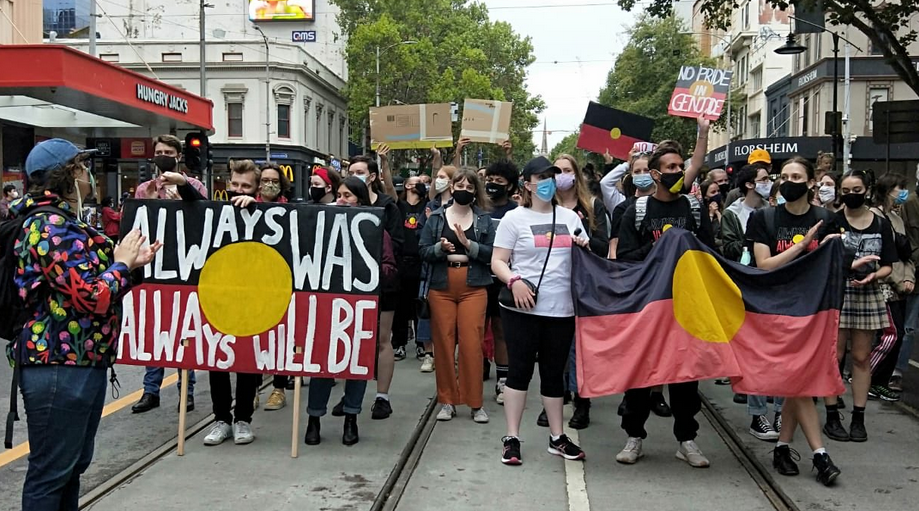 Invasion Day 2021: No more about us, without us

Introduction by Croakey: Big crowds, including record numbers in some places, gathered across Australia on Tuesday for COVID-safe #InvasionDay #SurvivalDay rallies, calling for non-Indigenous Australia to acknowledge the ongoing harms and trauma of colonisation, exacerbated for many by Australia Day events.

In the article below, James Blackwell, a proud Wiradjuri man and Centre for Social Impact research fellow, writes that growing numbers give him some hope, even if it comes amid “absolute trauma and exhaustion”.

See below his article for a selection of tweets compiled by Croakey from rallies across Australia.

Invasion Day is one of serious pain and trauma for First Nations people right across the continent. It is not a day we wish to celebrate. It is a day of resistance, and a day of community. Frankly, it’s not a day I want to spend with non-Indigenous people. It’s also something I deeply hate writing about.

However, in some weird ironic tension, I always find it awe-inspiring and pleasing to see the large turnouts at the various rallies and marches across the country.

We should always be trying to prioritise and amplify First Nations Voices.

It’s why for the week beginning on January 26 I have taken over the @WePublicHealth account, tweeting about Invasion Day, as well as many other issues of First Nations policy.

The act of showing up

This is the importance of attending the marches and rallies on Invasion Day. It centres us in the debate about us, foregrounding our perspectives on issues of colonialism, racism, and genocide. We do not need another white man telling us what Invasion Day is and should mean.

What we need for you is to walk with us, sit with us, and listen to us. When we speak on these issues we are offering ourselves and our pain up to you. Offering you a path to walk together on, but led by us. This is painful for us. It is trauma. But we want you to listen. We want you to show up.

I have said often in this last week that if we have to suffer through 233 years of genocide and oppression, the very least we expect from non-Indigenous Australia is for you to show up, and to listen. Yes it’s often the hottest day of the year, but it’s a small price. And if you’re smart, like my friend’s dog Mabel, there is always an opportunity for a swim!

It is the act of showing up, and that of listening to our leadership, that is most important. It is the fundamental premise behind the Uluru Statement From the Heart. That poetic document is an invitation to all Australians to walk together with us, and realise a better future for our people. It is about respecting us and our place in this society.

The idea of a First Nations Voice to Parliament, enshrined in the Constitution, is to give us autonomy and a voice over our own affairs (pun intended).

It is meant to place us in the centre of decision-making around First Nations issues, and give as an unshakable presence in the halls of power; all things which have been denied to us for the last 233 years.

A constitutionally-enshrined Voice too will also hopefully depoliticise a lot of the tension which comes around First Nations policy, as it should remove the incentive for partisan games that have so come to define our affairs.

Need to step back

But what does this have to do with Invasion Day? Well they possess a lot of similarities. They are both moments where white Australia needs to take a step back, and allow us to step into the light.

With Invasion Day it is about recognising the two centuries of trauma and oppression that we have suffered, and recognising that it is not something we wish to celebrate as a people.

Nor should any settler really be comfortable with celebrating Invasion Day. Should you be having a party to commemorate the slaughter and theft of your fellow citizens (not that we were citizens until very recently)?

With the Uluru Statement and a Voice to Parliament, it is about stepping back, and letting us manage our own affairs. Giving us a say over how we are treated, and how best to right the centuries of wrongs inflicted upon us. Voice, then Treaty, then Truth. Should we really be ok with a system that denies us such fundamental rights and voice?

Herein though lies the fundamental problem, and brings us back to the dilemma at the start. The tension and irony of Invasion Day.

For non-Indigenous Australia to recognise the violence and oppression of the colonial system, they have to address their own complicity in that system, and how their participation it in damages and harms us.

For many, that is too much. This is why I would much rather spend January 26 with mob. Much like I do all of NAIDOC Week. It is easier, and better, and the community spirit is strengthening.

No one said the resistance would be easy.

James Blackwell is a proud Wiradjuri man, and a Research Fellow in Indigenous Policy at the Centre for Social Impact at the University of New South Wales. He attended the Invasion Day protests on Tuesday in Canberra. 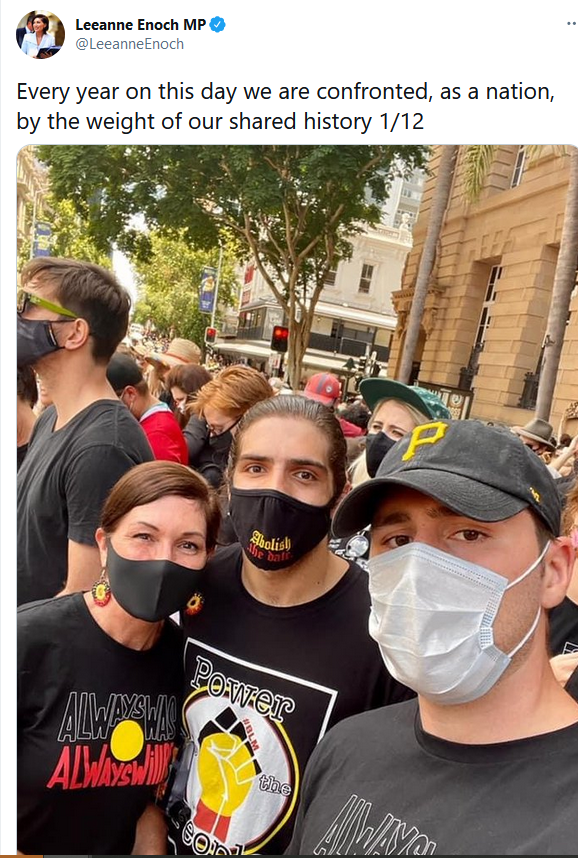 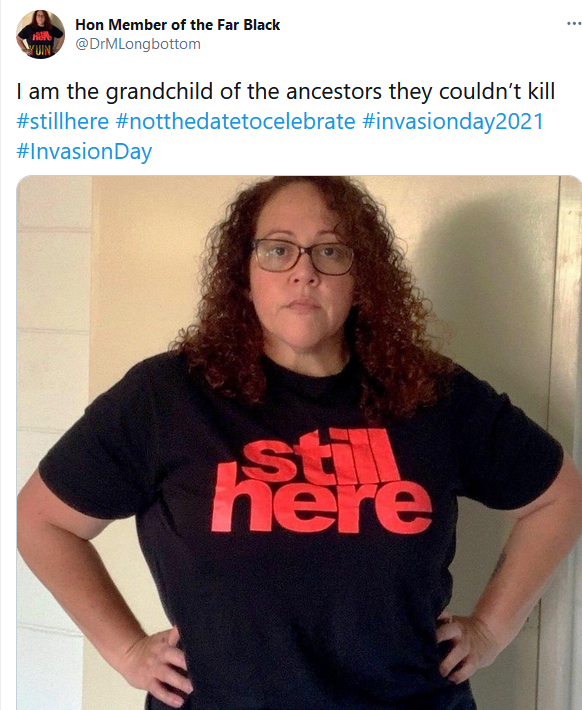 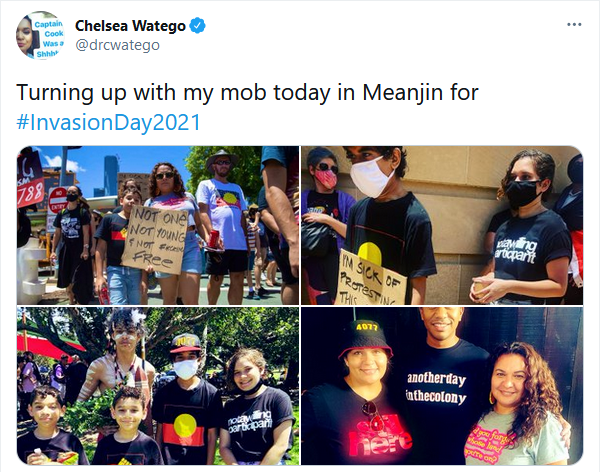 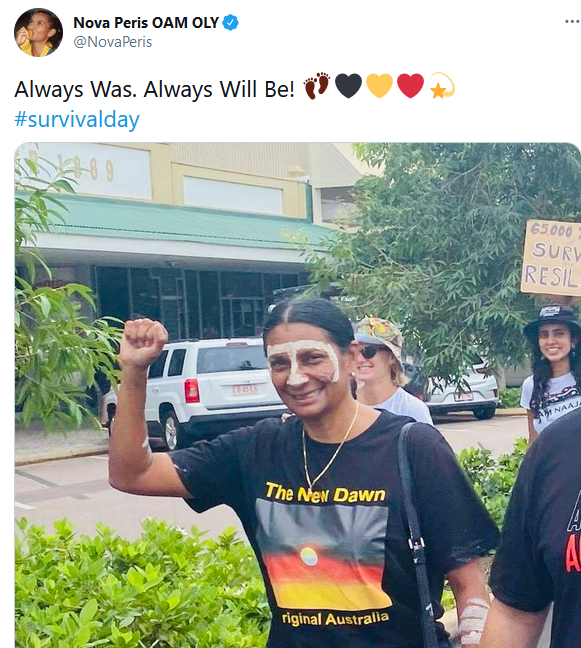 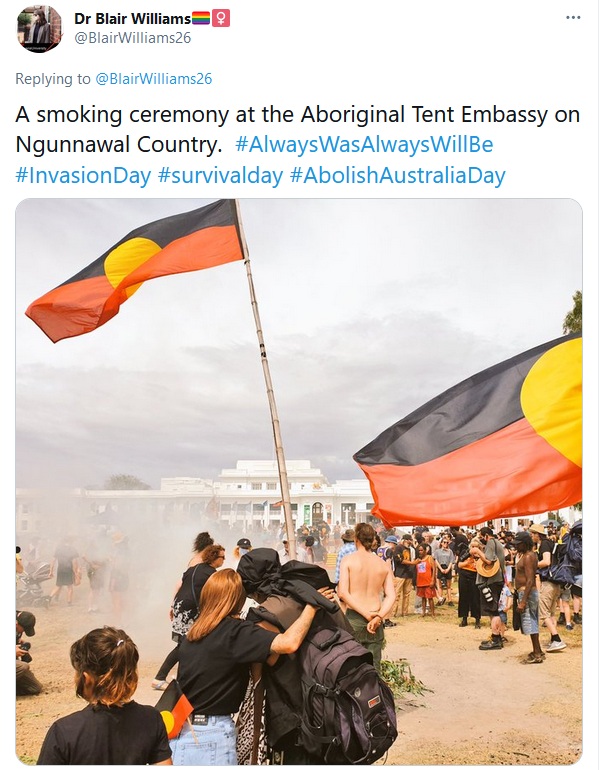 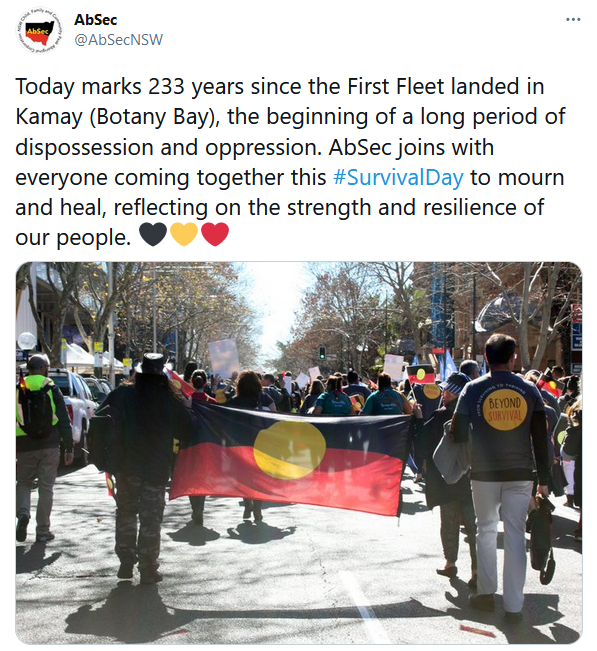 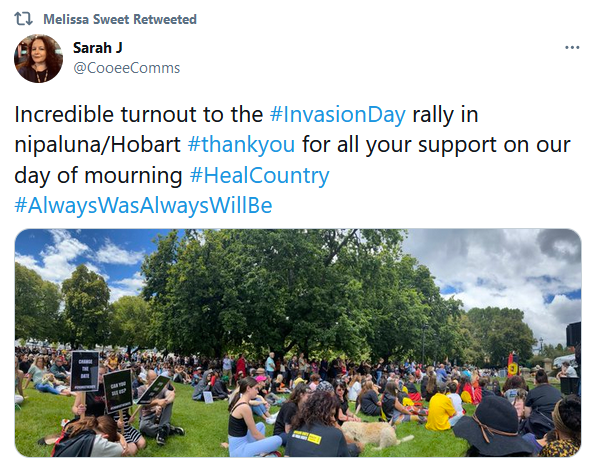 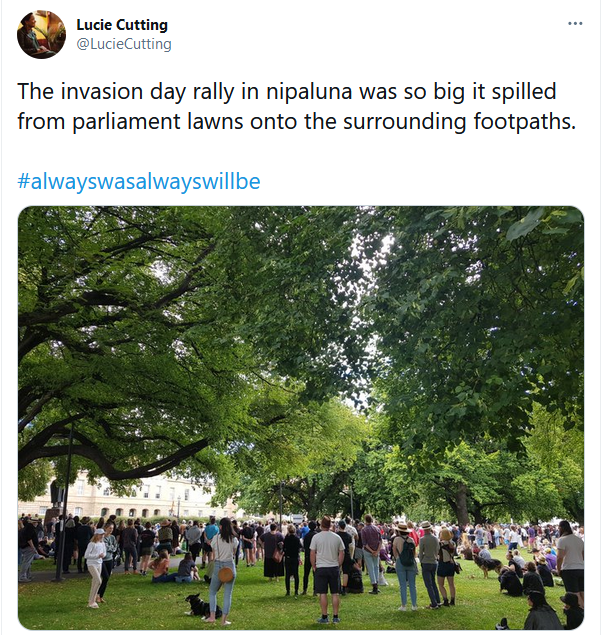 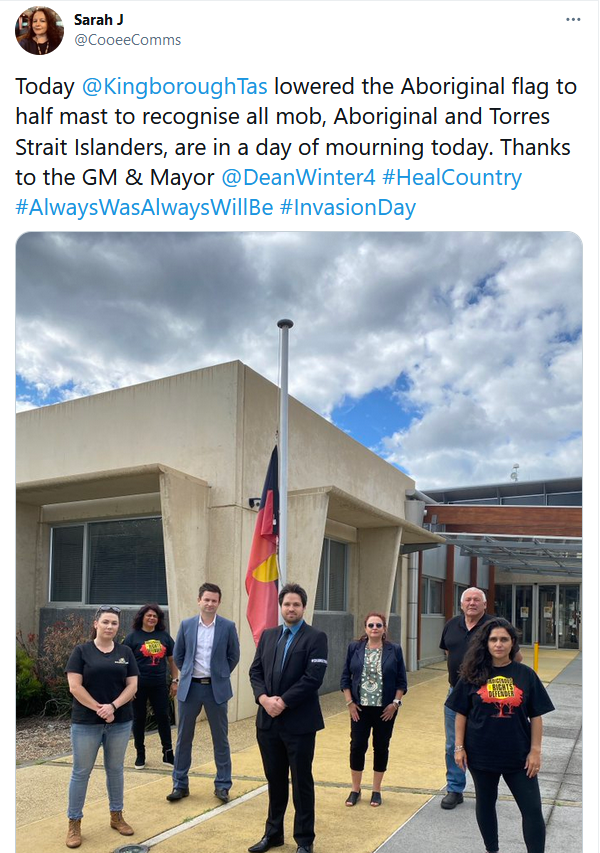 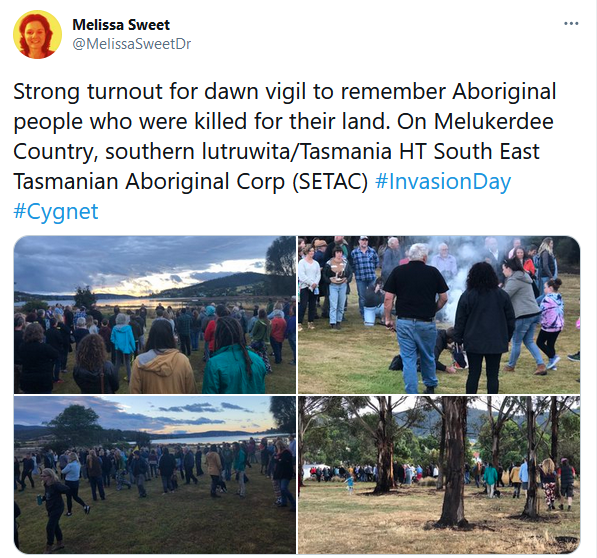 Read the rest of the Cygnet thread here. 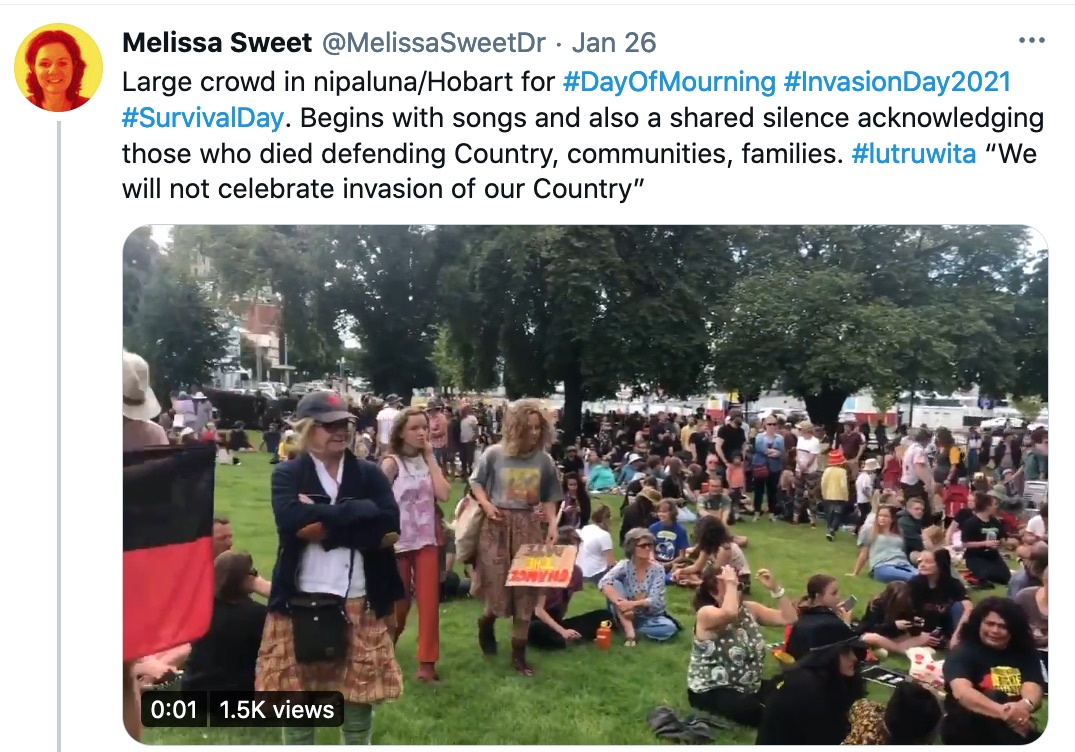 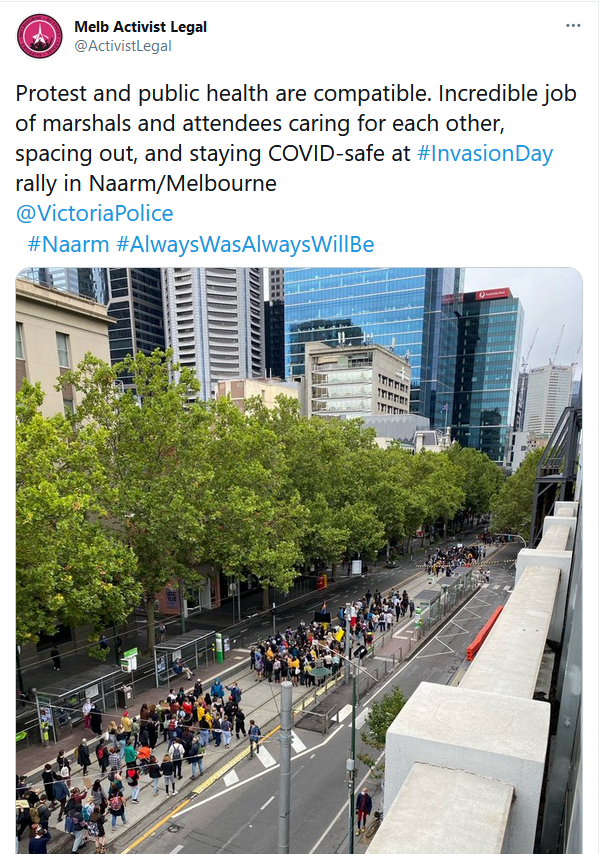 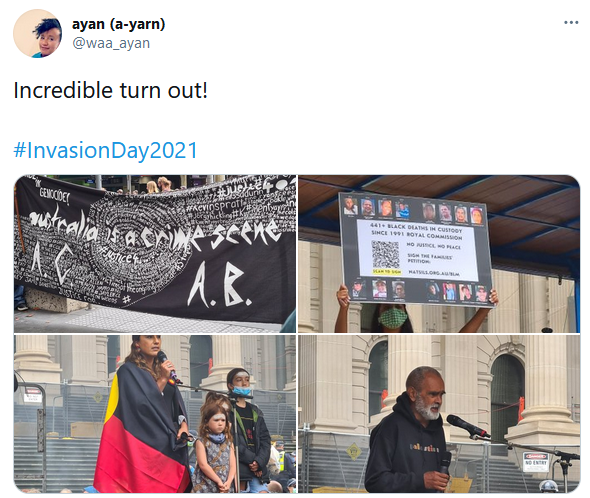 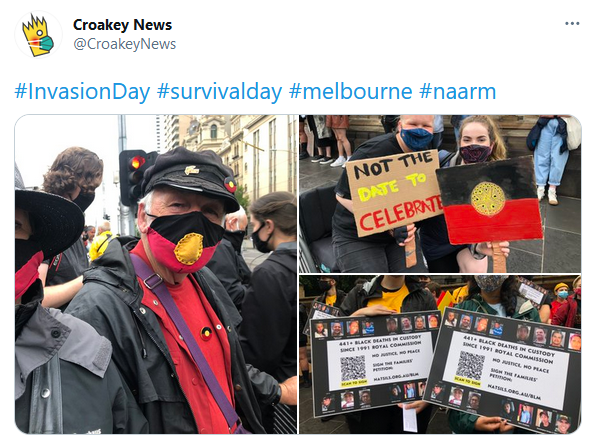 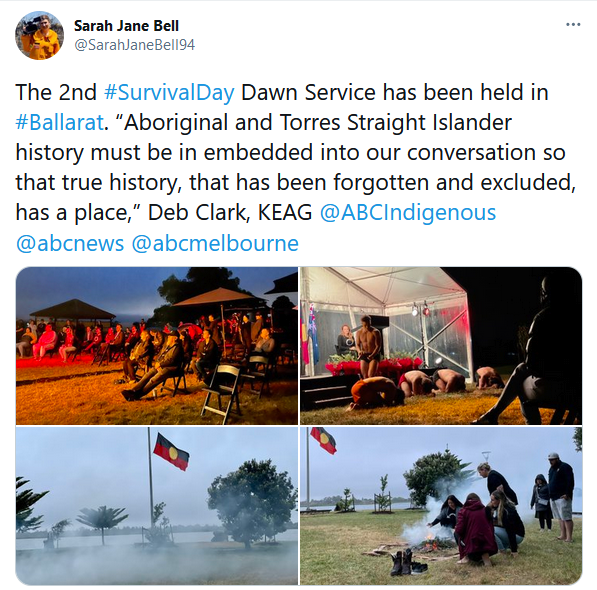 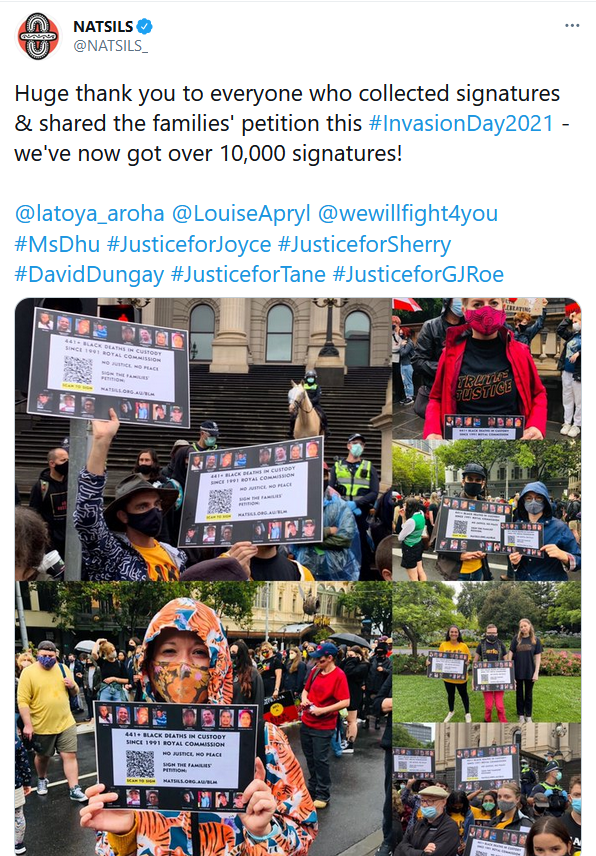 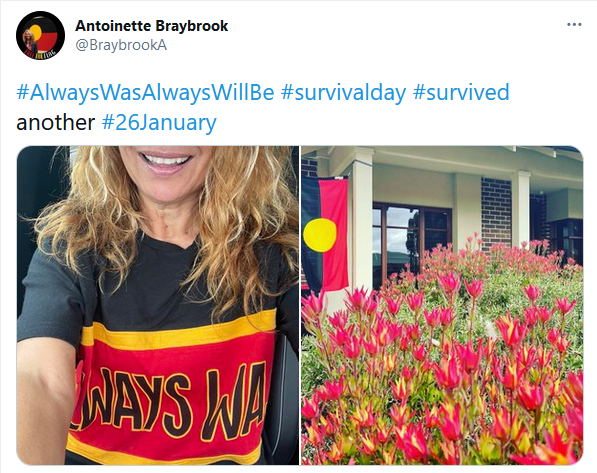