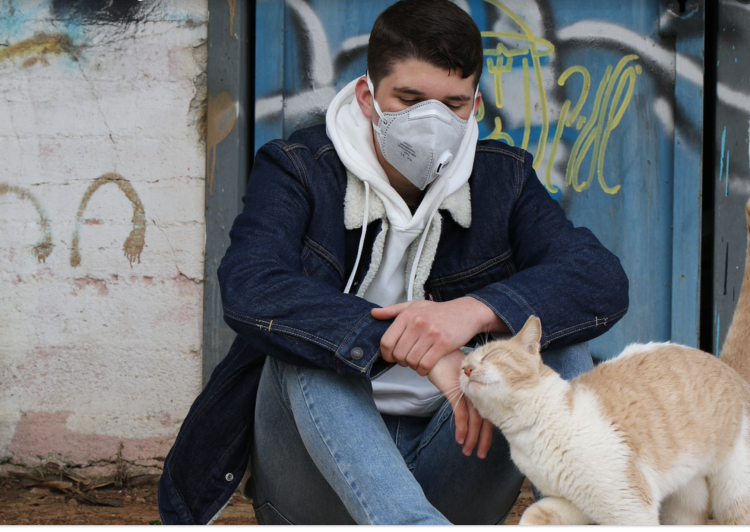 In the post below, a group of experts in this area question some more fundamental aspects of our response to addressing the mental health toll of COVID-19 on the Australian community.

They question the individualistic focus of this response, arguing that evidence suggests the most effective responses to crises avoid pathologizing responses to adversity and instead address the structural and practical issues underlying people’s experiences, such as financial stress, housing insecurity and social marginalistion.

With the prospect of infections and death, job losses, social isolation, increased care responsibilities and a fracturing of our community life, it is no wonder many of us report increased distress during the COVID-19 pandemic. Places like Victoria have been hardest hit, where strict and prolonged lockdowns tend to be accompanied by rising signs of distress.

The Commonwealth Government has responded in its 2020 Budget by announcing an increase to Medicare-subsidised psychology sessions from 10 to 20 sessions nationally. This follows the Victorian State government announcing more funding for the expansion of specialist mental health services.

For many prominent mental health advocates, these measures are seen as needed to help ‘flatten the curve’ of mental ill-health and help prevent a ‘tsunami’ of mental illness and suicide. However, these investments have been criticised by some mental health advocates for taking a narrow clinical focus that will not, by themselves, make a difference to the vast majority of Australians.

In response, we would suggest governments and mental health advocates place a far greater focus on the social underpinnings of distress.

Moving beyond the individual

The most successful public health strategies for past pandemics have been highly practical in nature. They focus on housing and financial security, basic information to assist in problem solving and everyday tasks, and normalising reactions by helping people reflect on what they are experiencing.

These efforts – importantly – move beyond an individualistic focus on personal needs and are generally directed to informal networks, community-building and fostering a sense of belonging. These factors seem to be key to other disaster recovery success stories, including for bush-fire affected communities.

In Australia, there is a risk that discussions about mental health and COVID-19 will focus on highly individualised and medical approaches to distress. Yet, pathologising normal responses to adversity carries serious risks.

The former UN Special Rapporteur for the Right to Health, Dainius Pūras, for example, warned that such an approach ‘results in interventions that focus on immediate, individual behavioural factors, rather than adequately addressing the structural conditions, which are the root causes.’ In most cases, he argues, this individualist and expert-centric approach is neither necessary nor helpful in understanding and responding to crisis in most cases.

Instead, a more productive approach is to ask about when and how the framing of distress as mental ill-health is helpful or unhelpful. This seems particularly crucial in the era of COVID-19, which, perhaps more than any other event in recent decades, shows the impact of social and economic determinants of mental distress.

Let us be completely clear: some individuals will require specialized mental health support. Community mental health services, and some acute services, have been underfunded and that underfunding must be reversed.

But it’s also true that the unequal impact of COVID-19 on disadvantaged populations was entirely predictable. As the psychologist, Lucy Johnstone, has written:

Not a single new research study is needed to confirm that being poor, jobless, isolated, ill and bereaved makes people unhappy, or to work out the appropriate remedies.

She calls for a reframing of how we talk about distress in a time of COVID-19.

We need the courage to stay connected with our feelings, and the feelings of those around us, not file them away in boxes marked “anxiety disorders and depression”.

The economic recession that will follow the pandemic may lead to [higher rates of suicide]… but we don’t have to say that “mental illness” caused these deaths. The COVID-19 pandemic is an opportunity to implement what we already know about universal human needs for social contact, financial security and sufficient material resources, protection from trauma, abuse and neglect especially in early years, decent healthcare, and a sense of purpose and belonging.

While the virus does not discriminate, its consequences are felt disproportionately by those already marginalised and disadvantaged.

Working outside the healthcare system

Communities across Australia have shown solidarity and leadership in supporting and protecting one another. Now is the time for the politics of mental health to follow-suit. Achieving health and dignity for communities requires a focus on relationships and social connection by addressing structural factors in and outside the healthcare system.

Young people, for example, appear harder hit by the pandemic compared to other age groups, with reports of rising rates of children and young people being diagnosed with mental illness. During the pandemic, young people seeking mental health support in emergency departments increased by 33%, compared with 10% for the total population.

This is an ongoing issue which needs to be placed in its socio-economic context. Young people are the only group to have real wages decline since 2008. This downward trend has accelerated since Covid-19 hit, with April labour force data showing that an estimated 213,000 young people aged 15-24 lost their jobs.

These are signs of a long term youth unemployment crisis. Unsurprisingly, young people are now turning to debt – over300,000 young Australians have taken out payday loans or consumer leases to make ends meet, and there is alarm at the long-term implications for them reaching into their superannuation.

These disproportionate impacts will be even more pronounced for young people in lower socio-economic categories, and young Aboriginal and Torres Strait Islander people and other racialised minorities. Yet these facts are rarely mentioned in reports of the high rates of distress experienced by young people, though some advocates dodraw these points out.

Downplaying the impact of disadvantage

But on the whole, major surveys of youth mental health by prominent advocacy organisations tend to ignore or downplay the rising economic disadvantage facing young people. Instead, headline grabbing statistics lead the story – for example, that “one in four young people are at risk of serious mental illness” – with resulting calls to expand capacities to “screen and intervene”.

Where employment issues are mentioned at all, it is often framed as resulting from rather than causing mental distress (e.g. “mental ill-health is a major driver of youth disengagement from work and study”). From this view, solutions logically turn to treatment and vocational support – both of which frame the problem in terms of the individual, and the solution in the hands of intervening mental health experts.

Australia already appears to medicalise distress more than other countries. In a 2015 study by the OECD,Australians were the second largest (per-capita) users of antidepressants of the 30 countries for which data was available. These rates appear to have risen since the COVID-19 crisis began, with reports in July that anti-anxiety drugs have “soared by up to 31%” and antidepressant prescriptions having risen steadily by double-figure percentages 13–22%.

When seeking advice, politicians and policy makers turn to doctors, who, unsurprisingly, recommend more doctors. This tendency is by no means unique to medical professionals, but with a scarcity of social scientists in prominent mental health advocacy organisations, thinktanks and governmental advisory panels, the picture becomes skewed.

There are many problems with developing health responses to social and economic issues, but the key one is that they simply do not work. It is striking, for example, that the countries with the most developed mental health policies, program and legislation, are the countries that appear to have the highest suicide rates.

We would hope to see the opposite correlation. Conversely, efforts that tackle social inequalities to reduce mental health problems have a robust and expanding evidence base.

‘Mental health’ as a category can become tyrannous when it is used as a blanket term for distress, and in ways that downplay the contributing economic, social and cultural factors. In the era of COVID-19 this could be disastrous, drawing scarce resources away from where they are needed most.

Rather than treat the symptoms of the crisis, we must target the malady itself. What would it mean to centre the social underpinnings of distress in the era of Covid-19?

There are many alternatives to medicalisation. A starting point is to acknowledge that most forms of mental distress are tied to problems of precarity, violence, poverty, exclusion and other forms of adversity in people’s personal and social experiences. Addressing inequality and discrimination becomes key.

Universal health,housing and welfare are essential, and can be complemented by targeted services in ways that avoid highly conditional forms of social security. Targeted initiatives are most effective when they harness the goodwill in communities, including people’s informal or ‘natural’ supports, peer supports, voluntary organisations, and so on, as distinct to health-dominated interventions.

It is critical therefore, that those who have experience of profound distress, supporting one another and using services are involved the next phase of policy development and implementation. The Royal Commission into Victoria’s Mental Health System has canvassed in its Interim Report that our future lay in new democratised models of care, delivered with, or led by, people with lived experience.

Social scientists are critical to this future. As a group of leading figures in UK mental health policy have stated, ‘we must harness resources from sociology, anthropology, geography, politics, and economics to inform rapid policy innovation, alongside legal changes, which will, on the one hand, address the fundamental social causes of mental ill health, and, on the other, create the social conditions that maximize human well-being’.

This virus has taken us as individuals and communities to the brink. With solidarity and leadership, we can build something better together.