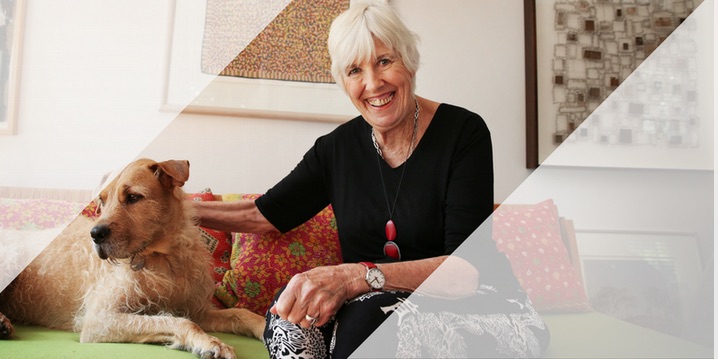 Invitation to a public memorial service for Anne Deveson, “a national treasure”

*** This article was updated on 10 February to include links to comments by the Prime Minister and Opposition Leader.***

A public memorial service will be held in Sydney on Monday, February 13 to honour the life and work of Anne Deveson AO.

As Professor Alan Rosen AO, a psychiatrist and a longstanding friend and colleague of Anne Deveson, writes below, there are many reasons to pay tribute to her extraordinary contribution, particularly in advocacy for better services and treatment for people with mental illness.

Anne Deveson died in December 2016, aged 86, three days after the tragic death of her daughter, Georgia Blain, a novelist who continues posthumously to win major awards for her latest published novel Between a Wolf and a Dog.

Anne was a national treasure, a household name as a broadcaster, TV personality, documentary filmmaker, chair of the SA Film Corporation and director of the Australian Film & Television School.

She was a fearless advocate, a nationally itinerant Commissioner of the Federal Royal Commission on Human Relations 1974-77, together with Rev Felix Arnott & Justice Elizabeth Evatt, and the author of the book detailing the pioneering work of that commission, associated with many reforms of our national social fabric.

Vast changes have flowed from their recommendations in laws and initiatives affecting the rights of women (for example, to abortion, to freedom and protection from domestic violence, leading to women’s refuges being established across Australia), gay and lesbian people, people with disabilities and many minorities in our communities. 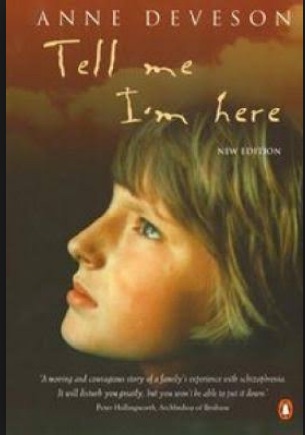 We in the mental health services community, both nationally and internationally, have particular reason to honour her memory, due to her generosity of spirit and openness in sharing her own both harrowing and uplifting experiences of the struggle for the life of and loss of her son Jonathan to Schizophrenia.

Her most famous book on this episode of her life, Tell Me I’m Here, is still in print, and has been translated into many languages.

She was the co-founder of SANE Australia with Margaret Leggatt, and they became leaders, with the late Barbara Hocking, of the now burgeoning Australian mental health family carer movement, and beacons of the international movement.

Anne inspired many, working alongside Simon Champ, one of our most pioneering advocates as a person with lived experience of schizophrenia, in their strong advocacy for people and families living with severe mental illnesses.

She was recognised for her major contributions in many ways, from becoming an Officer of the Order of Australia to The Mental Health Service (Themhs) Conference of Australia & New Zealand Personal Achievement Award.

She offered comfort and encouragement  to families, and courageously role modeled living on with resilience for many families everywhere. Her own buffeting life became her anchoring case study for her remarkable book Resilience. 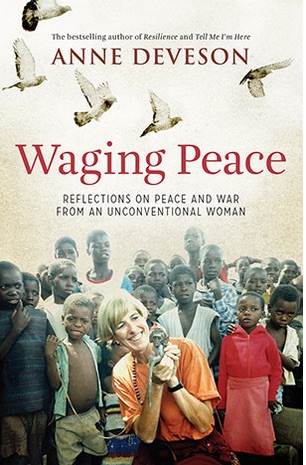 Anne was always warm, compassionate, engaging, beautiful, earnest, reflective, fun-loving and spontaneous. She was so interested in and caring for the lives of others, as well as being a riveting raconteur of her life’s poignant adventures, tragedies and tough lessons, for the benefit of others, even as it often rekindled her own pain.

Her last book, Waging Peace: Reflections on Peace and War from an Unconventional Woman, could just be the playbook we need most to survive and emerge intact from this Trumpestuous era.

Throughout her life, and even into her last chapter, contending with and railing against the ravages of dementia, she continued to look out for everyone in her orbit, family, friends and neighbours, and her SANE Australia network, as we all cared for her.

Our hearts go out to Anne’s son Joshua and her grand-daughter Odessa, Anne’s step-daughter Virginia, and their families, for their recent dual losses, and to Anne’s many close friends.

The family of Anne Deveson in conjunction with SANE Australia invite you to a public memorial service to honour and celebrate Anne’s extraordinary contribution to Australia.

*PLEASE NOTE THERE HAS BEEN A VENUE CHANGE. THE NEW VENUE IS:

We invite anyone who knew Anne or her work to pay their respects at this public event.

Attendance is free.   If you would like to attend, please contact SANE Australia and register your attendance. Please go to https://www.eventbrite.com.au/e/celebrating-the-life-of-anne-deveson-tickets-31404822670

If you have trouble registering, please contact Danielle Bombardieri at SANE Australia.