Home Healthcare and health reform oral health Is it time Australia had Medicare for the mouth? 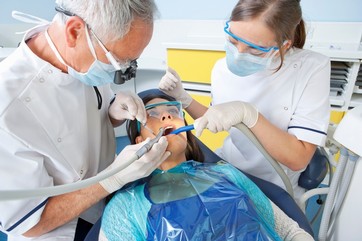 Is it time Australia had Medicare for the mouth?

If the entire population of Perth could not access a dentist it would be considered a major health crisis. Yet new research from the Australian Bureau of Statistics (ABS) has found that in 2018-19 an equivalent number of Australians delayed or avoided going to the dentist, due to cost.

This startling finding has prompted Matt Cowgill, from the Grattan Institute, to ask whether it’s time to get serious about funding Medicare for the mouth.

Another year, another set of figures showing that millions of Australians skip needed dental care because of the cost.

New ABS figures show that in 2018-19, more than two million Australians – 17.6 per cent –delayed or skipped care entirely due to cost.

This is far higher than the proportion of people who were dissuaded by the cost from getting care from a GP (3.4 per cent) or medical specialist (7.7 per cent).

The figures aren’t a surprise. For nearly a decade now, the ABS has been conducting annual surveys asking people whether they got health care when they needed it, and if not why not. The results have been depressingly consistent – year in, year out, about 18 per cent of people who needed to go to the dentist didn’t get care when they needed it because of the cost.

The figures are worse outside our major cities: nearly a quarter of people in outer-regional and remote Australia skipped dental care due to the cost, compared to just 16.4 per cent in the major cities. Of course, people in the regions and beyond also face other barriers to care, like the fact that they often have to travel long distances to see a dentist.

Working-age people are the most likely to face cost-related barriers to dental care. More than a fifth of people aged 25 to 54 who needed dental care in 2018-19 didn’t get it, or delayed getting it, due to cost. The figures are lower for young adults and for older people – both groups that are more likely to be eligible for publicly-funded dental care. 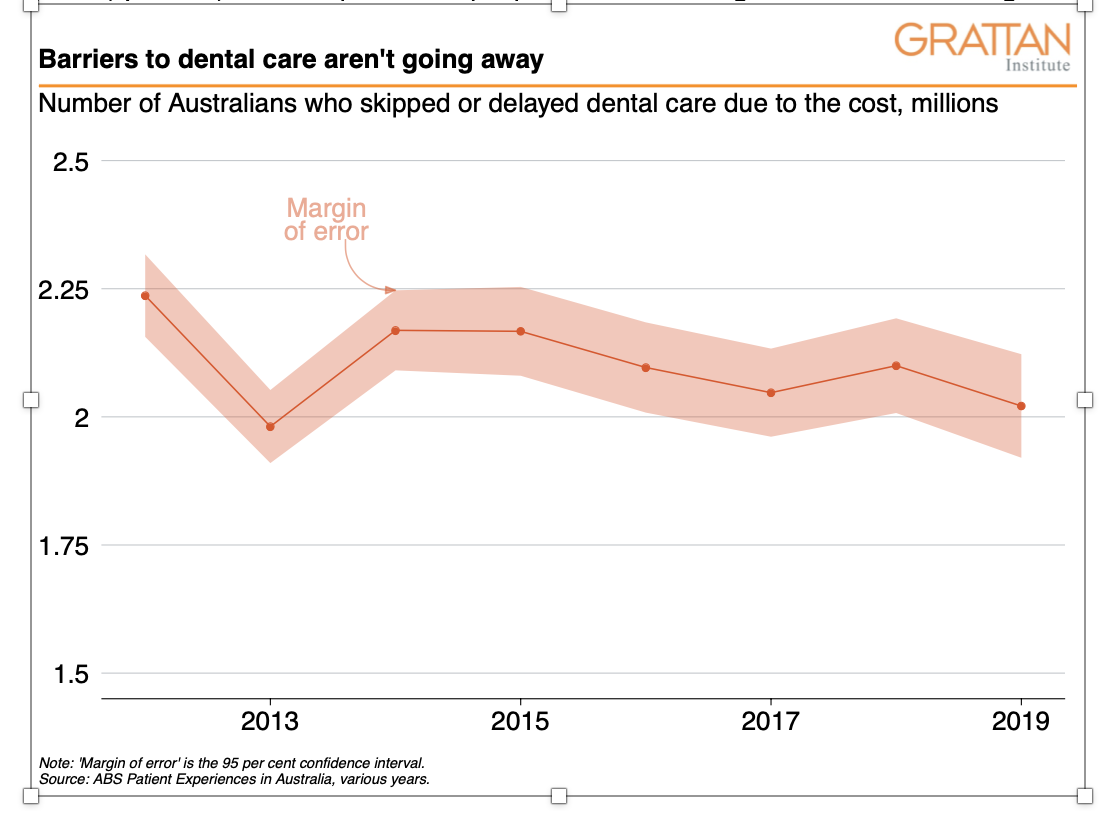 It’s no mystery why people skip needed dental care much more than other types of health care. If you need to see a GP, the Federal Government picks up all or most of the bill via Medicare. Patients’ out-of-pocket costs represent only 6 per cent of spending on primary medical care.

Governments play only a minor role in funding dental care in Australia. The Federal Government has a means-tested program to subsidise childrens’ dental care – the Child Dental Benefits Schedule – and the states and territories have limited public schemes. But these public schemes are overwhelmed by demand, with waiting lists of two years or more in some states.

These barriers to dental care have painful consequences. A recent Grattan Institute report, Filling the Gap, showed that too many Australians suffer bad oral health. More than a fifth of adults have periodontal disease and about a quarter have untreated tooth decay.

Medicare for the mouth

Australians are rightly proud of Medicare. But Medicare doesn’t cover the mouth. There’s no compelling reason why the mouth should be treated so differently from the rest of the body. Our report called for a new, universal, Medicare-style, Commonwealth-funded dental care scheme, to ensure that no Australian would have to skip important dental care because of the cost.

The scheme would cost a lot – an extra $5.6 billion a year in government spending. It would also require the training of new dentists and other oral health professionals. For these reasons, we recommend phasing in the universal scheme over 10 years or so, starting with the Commonwealth taking responsibility for adequately funding the existing public dental schemes.

It’s a national disgrace in a prosperous country like Australia that cost prevents one in five people getting dental care when they need it. The new ABS figures underscore the urgent need for reform. It’s time Australia had Medicare for the mouth.

Matt Cowgill is a Senior Associate at the Grattan Institute