Is this Australia’s first political campaign on the back of a social determinants of health agenda?

Local governments are recognised for having an important influence upon our health, whether through the services they provide or how they regulate the environmental shapers of our health.

(You can read more on the subject in this 2009 paper – PDF alert – from the ANU’s Dr Sharon Friel, Health equity in Australia: A policy framework based on action on the social determinants of obesity, alcohol and tobacco.)

With local government elections approaching in NSW and Victoria, it will be interesting to see if public health concerns receive much scrutiny.

If my own local government area is any indication, this seems unlikely.

Of 18 people standing for election in my area, only a few include mention of even vaguely health-related matters in their official candidate statements – perhaps more worryingly, several candidates didn’t even bother to fill in the section of the form where they could state their “policies and beliefs”.

(Perhaps this is another argument for the Health@Watch proposal floated in a recent Croakey post, aimed at providing systematic scrutiny of the factors influencing a population’s health).

Bo Li, (who will be known to some Croakey readers for his work with the Australian Health Care Reform Alliance), lives in the City of Darebin, and is standing as an independent candidate for the Cazaly Ward for the 27 October election.

He explains more in the Q and A below. 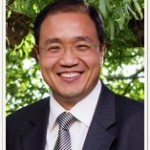 Q: Is it unusual for a local government candidate to campaign on social determinants of health?

A: It certainly is unusual to the casual observer, as most people tend to think councils are mainly about roads, rates and rubbish. However, when you talk to people in local communities, they quickly tell you that their local roads are full of pot holes which prevents their children riding their bikes, paths to parks are not well serviced so they end up staying at home or drive to another park further away. Therefore social and community infrastructure are what people are concerned about, one significant aspect of the social determinants of health.

Q: Do you know of other candidates who are running on a similar platform?

A: I cannot speak on other councils, but certainly in the City of Darebin, we do have local candidates who are very concerned about their local communities. While they may not be talking about social determinants of health, they are certainly aware of the impact of the social, economic and environmental factors on the health and wellbeing of individuals and therefore their communities.

Q: Why have you chosen this as your campaign focus?

A: A critical missing element in the current health reform debate is its integration with local government. Certainly, recent initiatives such as Medicare Locals have highlighted the role of community consultation and engagement and some have invited local council representatives on their working groups and so on, but Medicare Locals cannot achieve their population health objectives on their own, they need active partnerships with others like councils and community health centres to address health inequities. Local governments have a direct responsibility to ensure the health and wellbeing of their residents and therefore must identify and address their underlying social determinants.

Q: Given the low level of understanding of the importance of SDOH in the community and even amongst health sector, do you see this as a drawback?

A: Not at all; the key is to highlight social determinants of health with everyday situations that people can relate to. For example, I was asked to talk to a group of parents at a local AusKick (AFL for children) game. The game was actually cancelled because overnight rain has turned the oval into a giant puddle. So I highlighted the fact that childhood obesity is an issue, and open spaces such as ovals are important for the wellbeing of communities. However, due to lack of council attention and maintenance on the oval’s drainage, kids cannot play their game and families cannot enjoy their open space. Everyone in the room immediately saw the connection between council services and health and wellbeing of individuals and communities.

Q: So the key is to view council services through the perspective of health?

A: That’s right. There are many examples of how this approach can be used to “demystify” social determinants of health. Take planning and development, which is a hot issue for the City of Darebin; most residents want some form of development on former sites of factories, but they object to large concrete towers of eight levels of more that dominates the local skyline. One way of addressing this issue is to consider the health impact such as large development would have, not only on local residents but also to their intended residents. Impact on local infrastructure such as access to open space and pedestrian safety can also be considered using the same approach.

Q: What is your vision for how local government could improve health and wellbeing the community and reduce health inequity?

A: That is a big challenge, but not an impossible one. My first initiative is “health in all council policies”, inspired by the WHO Commission on Social Determinants of Health Final Report. Currently, the council considers the financial, environmental and social inclusion impact of its policies, but health impact should be there as well, particularly in light of assessing the merits of policies from a community health and wellbeing perspective. If I am elected, I will work with the council to implement it and it is my hope that Darebin will be the leader in addressing the social determinants of health at a local government level and other councils will follow.

PrevPreviousHow can architects, plumbers, builders and the unemployed contribute to a healthier society? A new Tasmanian group has some suggestions…
NextIs AHPRA on the right track re social media use by health professionals? A chance to let them know your views…Next