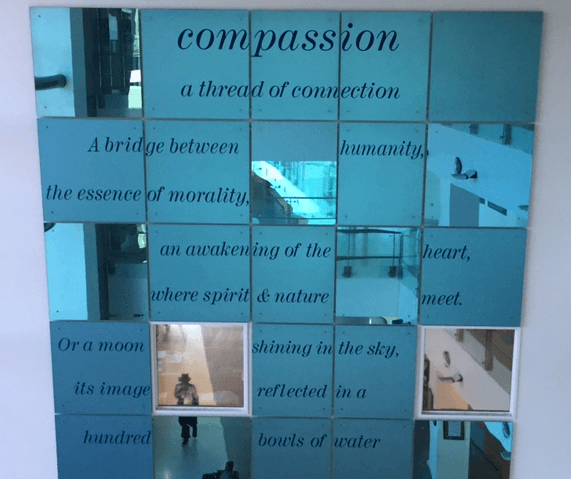 Art work at the Austin Hospital in Melbourne

Croakey recently reported on analysis by Dr Kerry Breen, published by the Australian Health Review, that the national registration scheme for health professionals should be regarded as an expensive experiment that has partially failed and his call for the Australian Health Practitioners Registration Authority (AHPRA) should be pared back. See also the response from the AHPRA.

Both Breen, a physician and past President of both the Australian Medical Council and the Medical Practitioners Board of Victoria, and AHPRA CEO Martin Fletcher, discussed some of the issues in these interviews on Radio National’s Health Report.

In the program, Breen raised his fears for the future of the Victorian Doctors Health Program (VDHP) for doctors and medical students with stress and anxiety, substance use issues, and mental and physical health concerns. He details those concerns for the program and the issues involved in the post below. Croakey has invited the AHPRA to respond.

The future of Australia’s most comprehensive health service for distressed doctors and medical students is in jeopardy. The Victorian Doctors Health Program (VDHP) was established jointly in 2000 by the then Medical Practitioners Board of Victoria  and the Australian Medical Association Victorian Branch in response to repeated observations  that doctors coming to the attention of the Board with health problems including drug or alcohol dependence were often referred late in the evolution of those problems and that the Board had no means of ensuring that these doctors accessed the best available care, rehabilitation and support to re-enter the workforce.

VDHP aims to support the wellbeing of medical practitioners and medical students, through education and prevention, early intervention for those who are ill and/or at risk of becoming impaired, triage to best treatment and to high quality rehabilitation and, if needed, retraining to re-enter the workforce. It provides support for participants and their families and seeks to foster research into doctors’ health. The model chosen was partly based on similar organisations long established in most US states and Canadian provinces. Until the advent of national registration of health professionals in 2010, funding was provided from the fees raised through annual renewal of medical registration; in current figures the service costs 6.5 cents per day for every doctor in Victoria.

In its 15 years of existence, VDHP has become an essential support agency for medical students and medical practitioners. In 2015, there were 250 telephone enquiries and over 150 new face to face assessments (approximately 25 per cent medical students, 50 per cent doctors in training and 25 per cent more senior doctors).  Another 87 doctors and medical students were the recipients of ongoing support and/or monitoring, which may include workplace monitoring. In the difficult situation of doctors with substance use disorders, VDHP has published five year outcomes of 80 per cent return to work and freedom from drug use.  Other core work has included extensive educational initiatives, preventive work with groups of medical students and doctors, “doctors for doctors” workshops, and liaison with a wide range of agencies. Although there are other avenues of support for distressed students and doctors in training provided by medical schools and hospitals, the independence of the VDHP is particularly attractive.

Since 2010, the VDHP has lived through a long period of uncertainty as to its future.  The Health Practitioner Regulation National Law Act 2009 empowered the new Medical Board of Australia to fund VDHP and other state based health programs, but a decision to actually do this was not made for four years.  In 2014 the Medical Board announced  that it “will fund health programs to deliver a nationally consistent set of services to medical practitioners and students in all states and territories, to be run at arm’s length from the Board”. The Board stated that these services would include “case management”. However, the funding now being offered to VDHP is limited to $369,000, against a very tight annual budget of $575,000. Thus it is clear that only selected aspects of the comprehensive Victorian program will be funded.  This diminished funding is contrary to recommendations of the independent expert engaged by the Medical Board to consult widely and advise the Board on these issues.

The figure of $369,000 is understood to be based on a pro rata share of $2 million allocated by the Medical Board for this purpose. As Victorian doctors represent just under 25 per cent of all registrants, the pro rata share should be closer to $480,000.  If the difference of approximately $100,000 relates to the additional overheads of creating a subsidiary company of the Federal AMA to “dole” out the funds, this seems an extraordinary waste of resources as, adjusting for the other 75 per cent of registrants, this adds up to a cost of $400,000 for little or no benefit.

The Medical Board has not provided detailed reasons for this inadequate funding for the Victorian program so one can only surmise why this approach has been taken. Is the Board concerned that the support and monitoring of distressed and/or unwell but not impaired medical students and doctors (sometimes called case management) is usurping its regulatory role?

There clearly is a grey zone wherein it can be difficult to decide whether a doctor at risk of impairment should be oversighted by the Medical Board or by a health program. This grey zone is well-recognised and has been addressed by clear guidelines in Canadian and US jurisdictions, and in Victoria was acknowledged in a memorandum of understanding between VDHP and the previous state Medical Practitioners Board.

My concern is that the Board’s  approach will turn the clock back 20 years and result in delayed attendance and help for many unwell doctors.

Medical practice is inherently stressful.  It has been long realised that the most conscientious and altruistic doctors are at the greatest risk of stress related health problems. Early access to support for doctors in training, as is now provided by VDHP, is likely to obviate more serious problems later. Keeping the medical workforce healthy is in the best interest of the community.  It is deeply disappointing that a full service for which Victoria’s doctors have been willing to collectively pay may be denied by the new national registration system.  Without a change in attitude on the part of the Medical Board of Australia, it seems that the long term future of VDHP will remain very insecure.  Victoria’s doctors are being short-changed by the national registration scheme. These doctors, doctors in training and medical students deserve a better deal than this. And so do Victorian patients who rely on medical care from healthy doctors.

Kerry Breen is a past chair of the Board of the Victorian Doctors Health Program and a past president of the Medical Practitioners Board of Victoria.