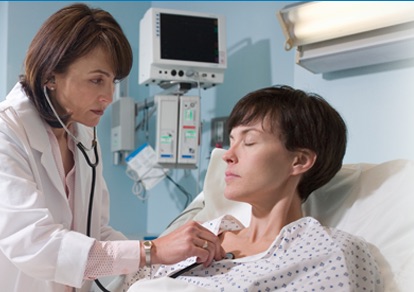 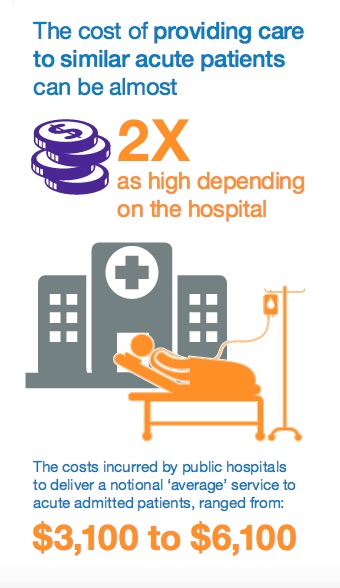 The past week has been a bumper one for revelation of the huge variation in hospital costs and medical specialists fees.

This came as The Australian and The Age published separate reports based on health fund figures showing the eye-watering level of and great variation in surgeons’ fees (see this report,  for example).

These illuminating reports ahead of a Federal budget that will once again seek to juggle the multi-billion competition for health resources as health consumers face the prospect of rising out of pocket costs flowing from the squeeze and freeze on Medicare benefits.

The consumer is caught in the squeeze between the Government and doctors over who should pay for health cost inflation.

The Medicare freeze hits GPs hardest because of their high rate of bulk billing, while the yawning chasm between specialists’ charges and the Medicare rebate is putting their expertise out of reach of those on low incomes and many chronically ill patients.

The Government is showing persistent signs of seeking to divest itself of obligation to cover rising health costs, as witness its current plans to cut its public hospital contributions, to end bulk billing incentives for pathology and diagnostic imaging and the plan  to reduce spending on dental care and shift responsibility for dental services to the states.

Given the great cost of health care and persistent suggestions of waste and unnecessary expenditure across the system, what we need is the light of transparency – so governments, and not least taxpayers and consumers, can make rational judgements on where the health dollar should go.

The good news out of the NHPA report was that while it displayed vast variations in hospital costs, it also pointed to an apparent efficiency improvement overall in the years between 2011 and 2014.

Victoria, with its long-established activity-based funding regime clearly won the frugality stakes and that may explain cost improvements elsewhere.  The benefits of transparency flowing from the earlier reports by the NHPA may also be a factor in the stabilising of hospital costs.

The spotlight on the egregious level of some surgeons’ fees and the inexplicable variation in fees is a welcome step towards a more transparent approach to cost and performance of surgeons.  The Royal Australasian College of Surgeons has been critical of sky high fees charges by some of its members and urged patients to ask surgeons about their fees.

Consumers need better information on performance as well as costs

What consumers need to see is the routine disclosure not only of surgeons’ fees and gap costs but also data on surgeons and health system performance generally on measures such as success/failure rate, avoidable hospital readmissions and the like.

The potential of digital technology to facilitate the collection and assessment of myriad medical performance records and health cost data that once seemed so confounding is now  a reality.

Health Minister, Sussan Ley, who is under fiscal requirements to match any fresh spending with expenditure cuts in her portfolio, has embarked on ambitious initiatives to renovate Medicare by cutting reimbursements for low value procedures and to trial coordinated primary care schemes that move away from the AMA’s prized fee-for-service arrangements and ensure care is consumer-focused.

These are positive steps.

Universal health care is under threat

What is becoming ever clearer, though, is that aspirations for the Australian health system to provide for universal access to health care are under increasing strain, and will not be met without big changes that embrace the advances in consumer-centred health care and the power of modern technology.

Recently The George Institute for Global Health and the Consumers Health Forum convened a roundtable conference of 35 health leaders to discuss innovations for a consumer-centred health system (see the short clip featured at the bottom of this post).

The report from those proceedings made key recommendations, which included a call for consumer experience to drive the health system by routinely measuring and benchmarking patient experiences and outcomes and for this information to be published to allow informed decision-making.

Experience shows us that a better-informed community is likely to be a healthier community.

• Mark Metherell is communications director of the Consumers Health Forum

PrevPreviousMourners farewell Gayle Woodford on a “very sad and sobering day”
NextNever mind the Budget, what is the TPP going to mean for health?Next