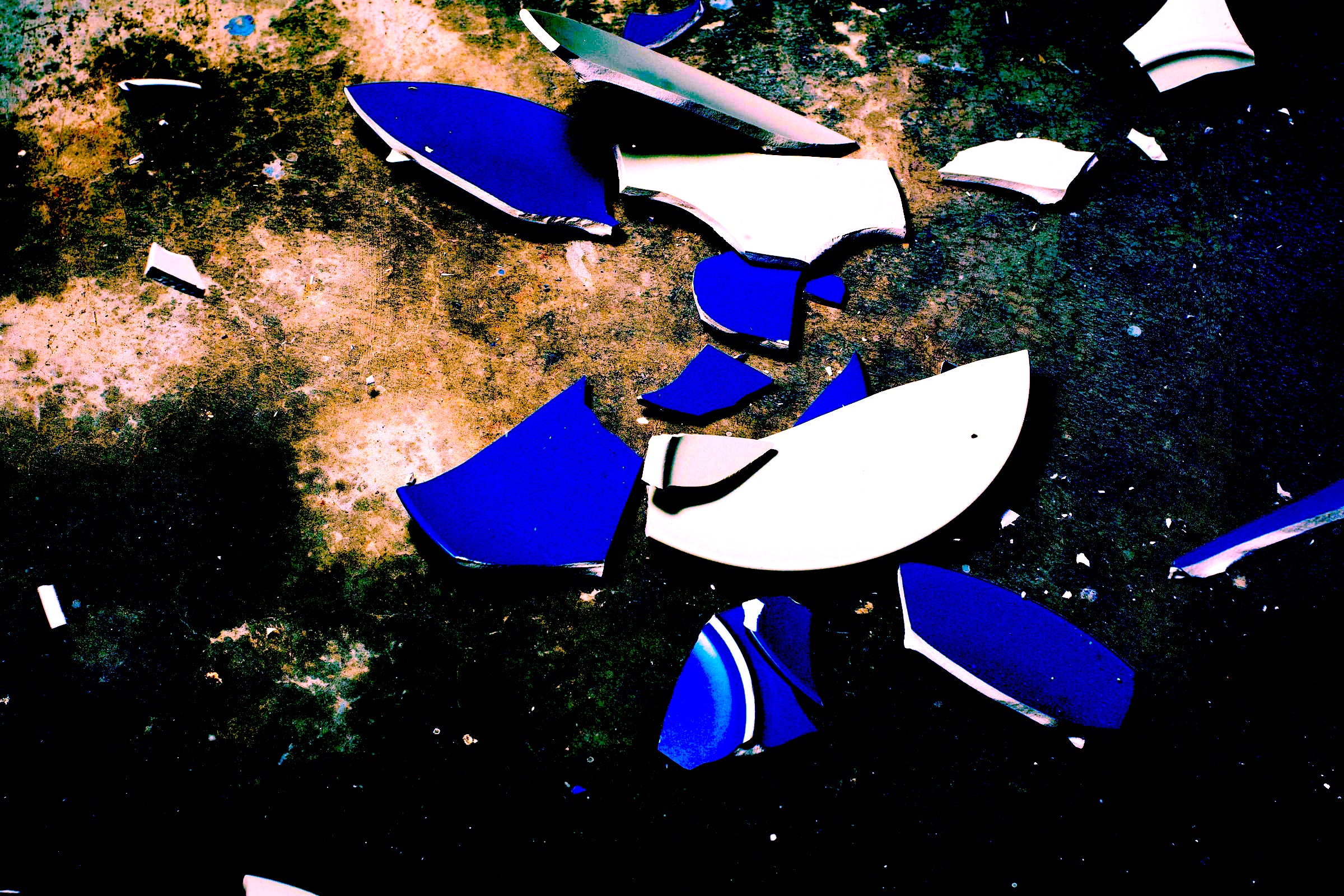 The model is broken. Photo by CHUTTERSNAP on Unsplash; digitally edited by Croakey.

It’s not just Twitter. The whole Internet is broken and we’d better fix it soon

As online worlds become increasingly toxic and damaging, with very real implications for the safety of people and planetary health, where are the world’s regulators?

These concerns and questions are at the heart of two articles below.

On 11 December, Elon Musk, owner of Twitter and one of the world’s richest people, sent out a tweet: “My pronouns are Prosecute/Fauci”.

The Atlantic later reported: “In five words, Musk manages to mock transgender and nonbinary people, signal his disdain for public-health officials, and send up a flare to far-right shitposters and trolls.

“The tweet is a cruel and senseless play on pronouns that also invokes the right’s fury toward Anthony Fauci, the chief medical adviser to President Joe Biden, for what they believe is a government overreach in public-health policy throughout the pandemic and an obfuscation of the coronavirus’s origins.”

The Atlantic article stated that Musk is actively aiding the far right’s political project, and noted that under his management Twitter has let back on organisers of the Unite the Right rally in Charlottesville, Virginia, neo-Nazis and others of concern.

Meanwhile, Coda Media, a non-profit media organisation in the US that investigates disinformation, authoritarian technologies and the war on science (Croakey readers may be interested in signing up for its regular newsletters) reports that Musk has cemented his position “as the crown prince of disinformation” this week with the summary dismissal of Twitter’s advisory Trust and Safety Council.

Since Musk’s takeover, researchers have documented a measurable rise in violent speech on Twitter, and the president of the Committee to Protect Journalists, one of the organisations on the now disbanded Trust and Safety Council, said: “Safety online can mean survival offline.”

In a wide-ranging interview with Nature, Fauci was asked if he felt his safety was at risk, given Musk’s enormous reach on Twitter (that particular tweet was retweeted more than 187,000 times).

“Of course it’s at risk,” replied Fauci. “That’s why I have armed federal agents with me all the time. That stirs up a lot of hate in people who have no idea why they’re hating – they’re hating because somebody like that is tweeting about it.”

Meanwhile, Coda also reported recently that an Australian lobby group has conducted an anti-environmentalism blitz on Facebook during COP27. Advance Australia, which describes itself as a group fighting “stupid laws and woke ideologies like ‘net zero,’” has paid for at least a dozen Facebook adverts attacking climate policy, reaching an audience of millions.

“The group’s Facebook page has nearly 100,000 followers and pumps out a concoction of anti-woke talking points alongside anti-environmentalism rhetoric,” reported Coda.

“The group sees itself as promoting Australia’s Judeo-Christian heritage and opposes the teaching of Critical Race Theory in schools. In one recent article posted on its website it described Swedish climate activist Greta Thunberg as a “nutjob” and told her to “go back to Sweden”.”

Advance Australia, which has a well-resourced website dominated by images of the Australian flag, claims to represent the voices of “mainstream Australia”. Amongst other things, it is campaigning against the Indigenous Voice to Parliament and for increased defence spending and nuclear power. The organisation has been scrutinised over its attacks on Senator David Pocock and other activities during the federal election campaign.

Now we come to the shocking events in Queensland, where six people, including two police officers, were shot dead this week. Early reports suggest that at least one of the perpetrators “had become deeply entangled in an online conspiracy community”.

While there will be plenty more to understand about the backstory to these shootings, it does seem that some of the threads linking these disparate incidents include the culpability of online platforms and the failure of governments to regulate to protect both public safety and also important news and information infrastructure.

All of which underscores the importance of the key messages in the article below, which was first published at The Conversation on 6 December.

Markus Luczak-Roesch, an Associate Professor within the School of Information Management at Victoria University of Wellington in Aotearoa/New Zealand, writes that privately owned social media platforms now house a significant portion of important public debates essential to democracy. They have become core to the modern public sphere, and as such they have to be considered a critical part of public infrastructure.

This raises the question: “Is it appropriate that the infrastructure to host citizen discourse and engagement is in the private and profit-oriented hands of multinational data monopolies?”

If the debate about Elon Musk’s acquisition of Twitter tells us anything, it’s that people – including those in governments – don’t understand how the World Wide Web works.

We know that the algorithms Twitter uses to recommend content can guide people to develop more extreme views, but what is considered extreme has changed since Musk’s takeover. Many things he considers free speech would previously have been thought to be derogatory, misogynistic, violent or harmful in many other ways.

Many countries, including Aotearoa New Zealand as the co-initiator of the Christchurch Call, are looking to Twitter and other platform providers to allow analysis of their algorithms and more transparency about their effects on individuals and the social fabric. 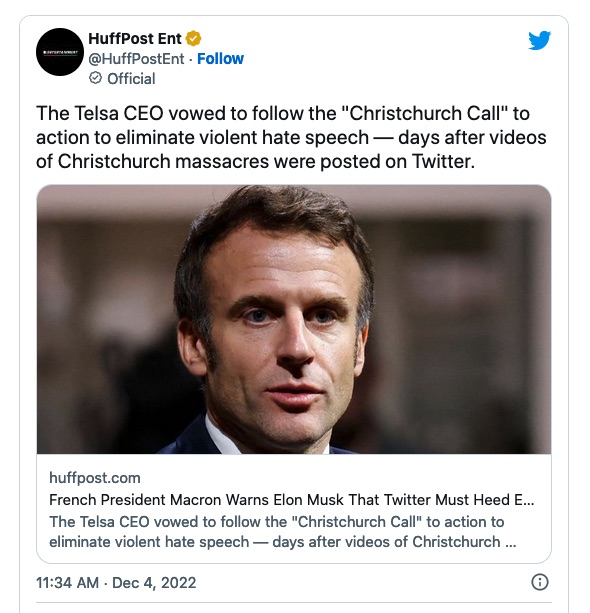 But what the Christchurch Call doesn’t address is a much more fundamental question that governments should think about with urgency. Is it appropriate that the infrastructure to host citizen discourse and engagement is in the private and profit-oriented hands of multinational data monopolies?

Privately owned social media platforms now house a significant portion of important public debates essential to democracy. They have become core to the modern public sphere, and as such they have to be considered a critical part of public infrastructure.

But they are set up to collect and monetise people’s data. It is time for governments to help their citizens take back control of that data.

The Web is broken

The World Wide Web started out as a global network with a set of open technical standards to make it easy to give someone from a remote computer (also known as the client) access to information on a computer under someone else’s control (also known as the server).

Embedded into the Web standards is a principle called hypertext, which means the reader can choose to follow hyperlinks, browsing the global network of information in a self-directed fashion.

In the late 1980s and 1990s, people created their own websites, manually authoring HTML pages and linking to content other people had published. This was superseded by content management systems and – maybe more importantly – blog software.

Blogs unlocked content publishing for the masses, but it was only when social media platforms emerged – commonly also known as Web 2.0 – that literally everyone with access to the Internet could become a producer of content.

And this is when the Web broke, more than 15 years ago. It has been broken ever since.

Social media platforms not only put content beyond the control of those who created it, they also sit as a monolithic interface between a whole generation and the actual Web. Gen Z has never experienced the decentralised nature of the technologies that make the apps they use work.

Each social media platform instead tries to make the entire World Wide Web just one application on one big server. This principle is true for Facebook, Twitter, TikTok and all the other social media applications.

The outcome is that platforms collect interactions in order to profile users and guide them to content through “recommender” algorithms. This means people can be directed to products they can purchase, or their data and behavioral insights can be sold to other businesses.

How to fix the Internet

In response to the disruption from Musk’s Twitter acquisition we have seen governments and institutions set up their own servers to join the decentralised microblogging system Mastodon. These institutions can now validate the identity of users they host and ensure their content lies within their own terms and potentially legal requirements.

However, taking back control of microposts is not enough to fix the broken Web. Social media platforms have made attempts in the past to entrench more fundamental functions such as payments and banking. And people have been arbitrarily locked out of platforms, without a legal way to regain access.

Considering wide-ranging regulation on its own won’t solve the problem in the long term and at a global scale.

Instead, governments will need to assess which digital services and data currently hosted on social media platforms are critical parts of modern democratic societies. Then, they’ll have to build national data infrastructures that allow citizens to stay in control of their data, protected by their government.We can expect a new ecosystem of digital services to develop around those data infrastructures, but one that doesn’t disenfranchise individuals or make them the product of surveillance capitalism.

This is not a Utopian vision. The Flemish government in Belgium has announced the establishment of a data-utility company to facilitate a digital ecosystem based on personal data vaults. Citizens control these vaults and any digital services that need the data interact with them if given permission (for example, public transport payment systems or content-sharing systems like Twitter).

Various blockchain businesses want to make people believe their technology allows a “Web3”, but the technologies to achieve this vision are already available and they leverage the original standards of the World Wide Web. Web technologies for decentralisation and openness have been called Web 3.0 for about 20 years now. They have matured into robust market-ready products for personal data vaults.

Governments now have to build the technical back end with regulatory oversight to ensure algorithmic transparency and trusted digital transactions. We need rich data infrastructures, run by data-utility companies.

The technologies and expertise are readily available, but we need greater awareness of what real technical decentralisation means, and why it will protect citizens and democracy in the long run.

Markus Luczak-Roesch is an Associate Professor within the School of Information Management at Victoria University of Wellington and an Associate Investigator at Te Pūnaha Matatini—New Zealand’s centre for research excellence (CoRE) on complex systems. 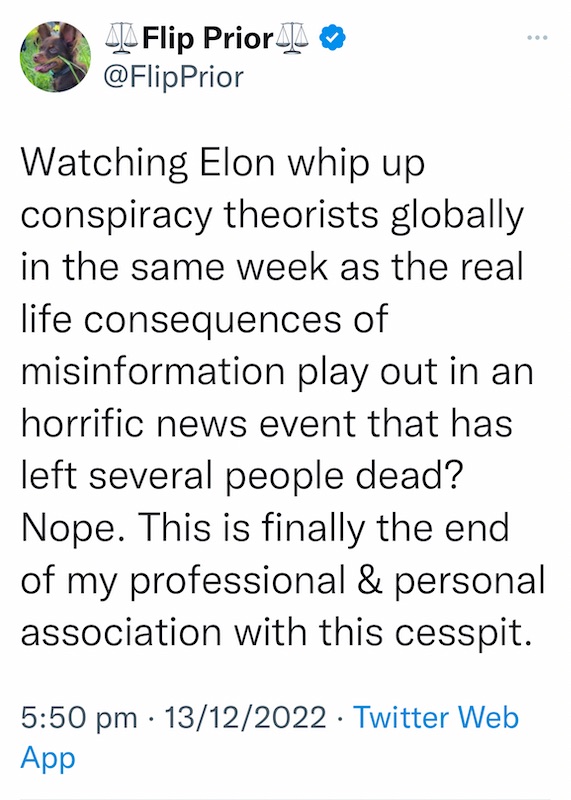 PrevPreviousIn the face of cascading disasters, we must think differently about climate adaptation
NextCalling for a Justice Treaty, to enable transformational change in the legal systemNext