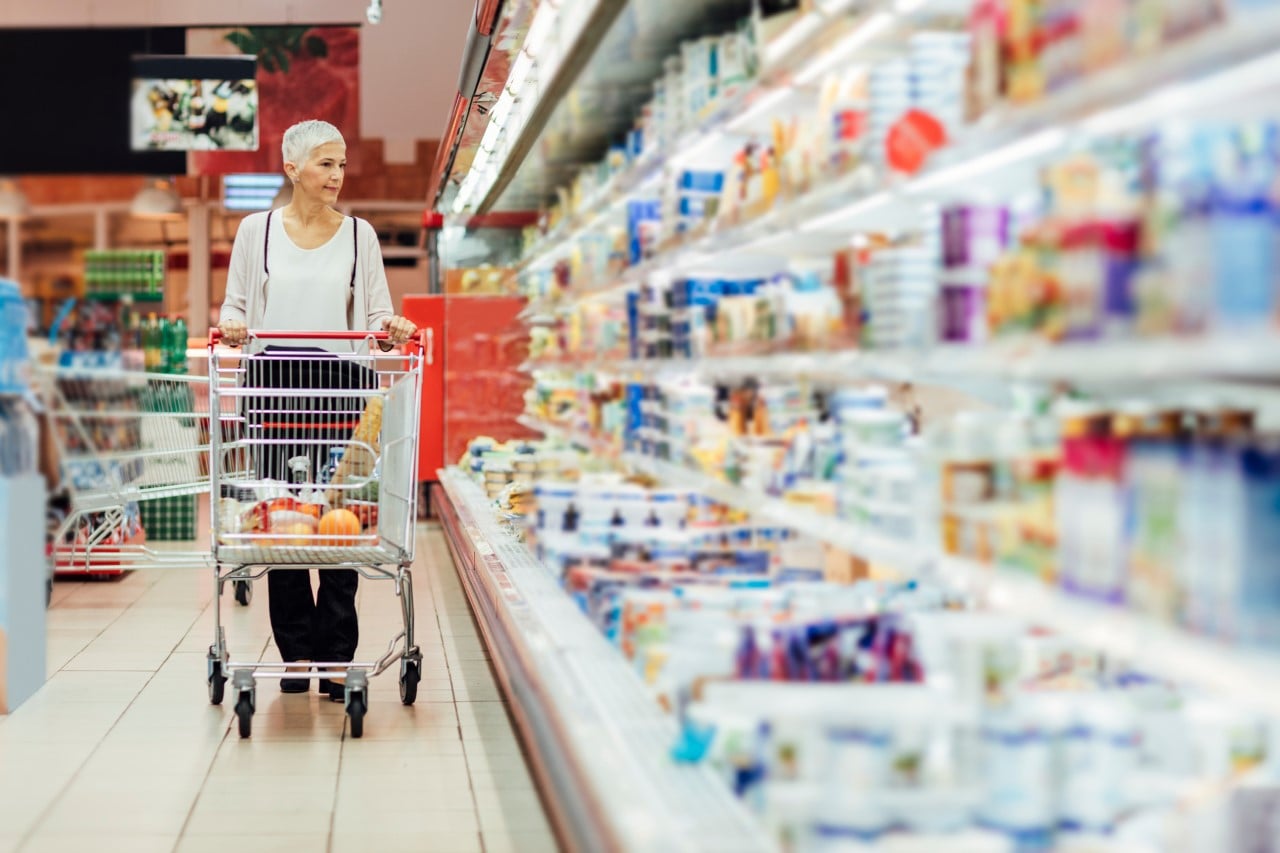 It’s time for supermarkets to step up to the plate

The weekly supermarket grocery shop is a cornerstone of family life and an important determining factor in the health of the community.  Most people want the best for their families and start off with good intentions when they set out to go shopping. But it’s hard to resist the onslaught of advertising, promotional material and marketing wiles that populate supermarkets today.

With recent research showing that over a quarter of all children and adolescents in Australia are overweight or obese, it’s clear that we are running out of time to reverse this growing health crisis.

In the following piece, Jerril Rechter, the CEO of VicHealth, argues that supermarkets have a responsibility to contribute to the fight against obesity and outlines some simple changes they can make to support efforts to turn the tide on this epidemic.

It’s no secret that as a nation we’re getting fatter and unhealthier. And if you look inside our shopping trolleys it’s no wonder.

Chips, chocolate bars, sugary drinks and bickies are no longer occasional treats but everyday purchases for far too many of us. And it’s pretty hard to resist when they’re being aggressively marketed to us by the food industry including our supermarkets.

Want a bottle of soft drink? It’s cheaper to buy two. Trying to avoid chocolate? Better not go through the checkout then. Think own brand cereals are a healthy choice? Better check for the hidden sugar, and salt.

New research from Deakin University released this week has ranked Australian supermarkets in terms of their nutrition policies and marketing tactics and it’s not good news.

Woolworth ‘tops’ the list with a score of 46 out of 100 and IGA is on the bottom of the table with a score of just eight. The report highlights the need for change – our supermarkets must do better.

We’re in the middle of an obesity crisis with two-thirds of us overweight or obese and VicHealth wants supermarkets to be part of the solution. The research shows there is some progress – there is much better food labelling across the major chains and there’s some great healthy eating programs like free fruit for kids and home-cooked recipe ideas.

Yet we still have a long way to go.

There are simple changes supermarkets can make that will make a big difference to our health.

Checkouts are a trap for impulse purchases and too often these purchases are unhealthy ones. Our supermarkets line their checkouts with junk food like chocolate bars and sugary drinks, which often end up in trolleys due to kids’ pester power.

VicHealth wants supermarkets to give their customers the option of a healthy checkout without junk. The argument opposing this change is often that supermarkets will lose profits but international evidence shows this isn’t the case.

Big supermarket chains in the UK, US and Canada have responded to their customers’ demands and implemented healthy checkout options.

Why can’t our supermarkets give shoppers the choice of a junk-free checkout? I know many parents who would love this option and organisations like Parents Voice have been calling for #HealthyCheckouts for years.

VicHealth and other health groups want to see nutrition targets set at a national level across key processed food products and we are supporting companies to reformulate their salt products through the Victorian Salt Reduction Initiative. Supermarket chains can lead the change by making their own brand products healthier.

We also want to see better labelling of these products as well – you shouldn’t need a nutrition degree to know if a food is healthy or not.

It’s great that Woolworths and Coles have adopted the Health Star Rating system for its own brand lines – this is a change we want to see all supermarket chains introduce.

It’s no big secret that supermarkets use marketing and advertising to get us to buy more products. It’s why multi-buy discounts, end of aisle displays and catalogues are so popular and used across all chains. Overwhelmingly these techniques are used to influence us to buy unhealthy food we don’t need.

Wouldn’t it be great to see supermarkets use their highly sophisticated shop floor design analysis to help influence their customers to make healthier choices? It would be great if end of aisle displays contained healthy products and multi-buys were less frequently on junk food and more often on fresh food.

Committing to promoting healthy food over junk doesn’t have to signal an end to profits. VicHealth recently partnered with Deakin University and IGA stores in Bendigo on a healthy supermarket trial. Stores made small changes so that healthy products were promoted and more prominent – importantly this hasn’t impacted their bottom line which shows it can be done!

This research is certainly a wake-up call for supermarkets but it’s going to take sustained pressure from the community to create meaningful change.

As customers we can make a difference – write to your local supermarket or contact them on social media about what you’d like them to do to make their stores healthier. If you’re a parent concerned about what your kids are being exposed to at the supermarket jump on board the Parents Voice campaign.

Ultimately supermarkets sell what their customers buy – avoid getting sucked in to multi-buy specials on junk food and ask your local stores about their fresh food specials instead.

Supermarkets are a big business – it’s time they became a healthy one as well.