During the last four years of health reform debate, how many mainstream media articles did you see about the “social determinants of health”?

Admittedly, no headline writer in their right minds would use such jargon but even so, we hear very little in mainstream debate about the powerful influence of social, economic, environmental and cultural forces upon the community’s health.

One of the reasons I love the Twitterverse is that scarcely a day passes without some interesting and insightful discussion of such issues.

In the last few days, for example, Twitter has led me to these two articles:

Social change is the best investment for better health

Josh Freeman, a physician educator in Kansas City who blogs at Medicine and Social Justice, argues that increasing a population’s education levels would do far more for health than any high-tech, expensive medical intervention. He cites the work of Steven Woolf, a professor in the Department of Family Medicine at the Virginia Commonwealth University College of Medicine, and colleagues, who have developed a visual tool for looking at the impact of disparities on health in the US. Called the “County Health Calculator”, it allows you to pick a state or a county and compare its income and educational level to that of the entire country (for states) or the entire state (for counties), or one state or county to another. It also lets you find out how changing the educational or income levels up or down would affect mortality. It shows, for example, that if education levels in one poorer county were to rise to the same level of a wealthier country, this would likely be associated with a 38 per cent reduction in the annual death rate.

Freeman says no drug or treatment comes close to having such an impact, yet we are “in thrall” to a “scientific” perspective that sees new discoveries as the true goal of research rather than “moving the bar” and changing the actual outcomes for actual people. He concludes: “There is no contest to the value of a dollar spent on changing social conditions as opposed to finding “more effective” treatments.  There is also no contest in where we actually spend our money…”

WHO ill-equipped to push the social determinants of health agenda

Ted Schrecker, a political scientist and Associate Professor in the University of Ottawa’s Department of Epidemiology and Community Medicine, writes that the international social determinants of health agenda is in peril, and examines some of the reasons for this. He is previewing the World Conference on Social Determinants of Health, to be held in Brazil in October.

I am pleased to report that Catholic Health Australia has seized the initiative in trying to propel the social determinants of health into mainstream debate and thinking about health issues.

Yesterday in Canberra, CHA launched a book, Determining the Future: A Fair Go and Health for All, which outlines how the recommendations of a 2008 report of the WHO Commission on Social Determinants of Health should be adopted in Australia.

It includes articles from 40 health and social policy experts (declaration: I was one of the contributors, providing a journalist’s perspective.) 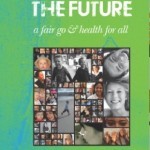 The CEO of CHA, Martin Laverty, said in a statement: “The WHO in 2008 invited all Governments around the world to develop action plans on social determinants such as education, welfare, and housing policies. Four years on in Australia, no Government has formally responded to the recommendations of the WHO. With the first phase of health reform complete, social determinants should be considered next.”

Croakey will run a series of edited extracts from the book, with the first one from Frank Brennan providing an overview of the book.

Book Review: Determining the Future—a fair go and health for all

In June 2010, Martin Laverty the CEO of Catholic Health Australia (CHA) was appearing before a Senate Committee to give evidence about the COAG health reforms. In his opening statement he drew attention to a lacuna in the public discussion and policy planning. There was next to no reference to the social determinants of health.

‘I would be misleading this inquiry if I suggested we were entirely happy with the announcements that COAG made. We are critical of what was not actually agreed to. For example, income levels, as a measure of socioeconomic status, are a better predictor of cardiovascular death than cholesterol levels, blood pressure and smoking combined. Let us think about that for a moment. A person’s access to income is more important to the chances that they face of dying of a heart attack than whether or not they have high cholesterol, high blood pressure or whether they smoke.

‘The point I am making is that the social determinants of health, those factors that include housing, income, educational level, family support, supports at times of personal crisis in a person’s life, can have more bearing on a person’s health outcomes than access to health systems.’

No senator had any interest in taking up this challenge. There were more immediate issues to tackle—like hospital funding and the mooted structure of Medicare Locals.

Since that appearance, and as a way to contribute to public discussion about the need for a new paradigm with a focus on the social determinants of health,  CHA has released a book, Determining the Future—a fair go and health for all.

The book brings together a unique collection of essays on the social determinants of health from some of Australia’s leading health and social policy experts—medical professionals, academics, opinion leaders, thinkers and writers.

The book’s contributors all see a strong connection between their areas of concern and expertise and the prospect of better health outcomes for all Australians.

Researchers from the University of NSW Centre for Primary Health Care and Equity remind us that ‘The local built environment also influences whether people are able to live physically, psychologically and socially healthy lives’.

In their essay, Action on the social determinants of health: what does Australia need to do?, Fran Baum and Matt Fisher from Flinders University observe: ‘However, one can see that while the Closing the Gap and the social inclusion initiatives tackle social determinants, they do this from the point of view of the most disadvantaged and don’t tackle the issue of the health gradient’.

Meanwhile Tom Calma and Mick Gooda, speaking for their Indigenous brothers and sisters, remind us, ‘Aboriginal and Torres Strait Islander peoples have long asserted that their health is linked to their collective ability to control their lives and cultures and the recognition of their rights’.

David Cooper from the Aboriginal Medical Services Alliance of the Northern Territory (AMSANT) is very critical of government’s ‘pathologising of traditional culture’. He concedes that Closing the Gap is ‘the most expensive, extensive and far-reaching policy intervention in Indigenous affairs in recent times’, but claims that ‘it comes at the cost of Aboriginal community control being weakened or dismantled to facilitate government control’.

Steve Hambleton, President of the AMA points out, ‘Generally, people on low incomes—including young families, elderly people and those who are unemployed—are often most at risk from poor nutritional choices.’ The AMA has called on government to ‘improve the quantity and quality of services to those in the poorest and most disadvantaged communities and make such services accessible to the resident populations’.

Laurie Brown and Binod Nepal explore the findings of NATSEM’s recently released report into health inequalities in Australians of working Age, Health Lies in Wealth. They examine the question, ‘Why in an economically prosperous country, such as Australia, should one’s health depend on one’s wealth and social standing?’

John Falzon, the CEO of St Vincent de Paul, insists that ‘the personal is political’. He says, ‘Health is not a commodity to be bought and sold. It is a complex of social relations.’ His members are ‘daily witnesses to the experience of people who are crushed and colonised by the undiluted messages that they are to blame for having been left out or pushed out of prosperity afforded by a strong economy and the freedoms afforded by a strong democracy.’

Rhonda Galbally, Acting CEO of the National Preventive Agency (at the time of writing her contribution), sees a National Disability Insurance Scheme as the ‘best buy for health improvement because it will improve ‘the capacity of many people with disability to exercise their rights to be treated as equal citizens’.

Jenny May, Chair of the National Rural Health Alliance Council, points out that people in the bush don’t only have lower socio-economic status than their city cousins. They also encounter greater health risk factors including poorer roads and lesser access to preventive and acute health services.

Journalist Melissa Sweet says, ‘The social determinants of health receive plenty of rhetorical attention, but there is far less investment in action to tackle them.’

Hopefully this collection will motivate decision makers to redirect investment and human resources, breaking down the silo mentality and forging partnerships which can provide a pathway to improved health and wellbeing for all persons, and not just for those at either end of the gradient.

In this land of the fair go, we need to flatten the gradient of adverse health outcomes, not just attend to those at the top or the bottom.

Next time, let’s hope our politicians will be ready to discuss these matters and not just the contested allocation of the siloed health care dollar.

• This is an edited extract from the Catholic Health Australia book, Determining the future—a fair go and health for all (chapter 16). Copies of the book can be ordered.