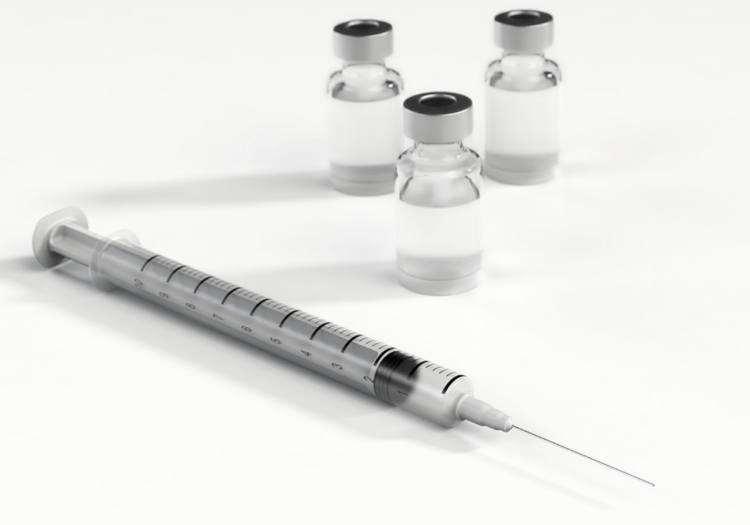 Yesterday the Therapeutic Goods Administration issued a warning about buying ivermectin products from unverified online sellers after testing of some products found that they contained less than the Active Pharmaceutical Ingredient declared on the labels.

TGA advised that there were a number of additional risks to consumers from these products which they said may contain undeclared and hazardous ingredients that could cause a serious adverse reaction and/or be contaminated because of a lack of manufacturing and testing standards.

This is the latest in a series of steps taken by the TGA to address the potential adverse impacts of inappropriate use of ivermectin to treat COVID-19, which have also included limiting the indications for which ivermectin is approved for use.

Below, Charles Maskell-Knight discusses the implications of the decision by the TGA to ban “off label” uses of ivermectin and proposes that a similar approach could be used to reduce the use of anti-psychotic drugs as a chemical restraint in residential aged care settings, as recommended by the Aged Care Royal Commission.

Articles that mention scabies and aged care are generally not good news. However, a recent decision by the TGA affecting a scabies treatment could have benefit for aged care residents if the same approach were to be extended to antipsychotics.

In September this year an officer at the TGA amended the Poisons Schedule to limit the use of ivermectin in humans to “an indication that is accepted by the Secretary of the Australian Government Department of Health in relation to the inclusion of ivermectin in tablet dosage form in the Australian Register of Therapeutic Goods”.

In plain language, the TGA was banning so-called “off-label” use of the drug.  (However, specialists in dermatology, gastroenterology and hepatology, and infectious diseases were still allowed to prescribe for off-label use.)

As far as I am aware, this is the first time the TGA has sought to restrict off-label use of a registered medicine.  But now the precedent has been set, there are other cases where a similar restriction would have substantial benefits.

When a sponsor applies to the TGA to register a drug, it must provide evidence that the drug is safe and effective in treating particular condition or illnesses (indications).  If the TGA accepts the evidence and registers the drug, it includes the approved indications in the entry on the Australian Register of Therapeutic Goods (ARTG).

For example, ivermectin tablets are indicated for the treatment of “onchocerciasis and intestinal strongyloidiasis, crusted scabies in conjunction with topical therapy, and human sarcoptic scabies when prior topical treatment has failed or is contraindicated” – in other words, parasitic illnesses.

However, until the Schedule was amended doctors generally could legally prescribe ivermectin for any reason they wished.  Use of a medicine for indications other than those included in the ARTG is termed off-label use, and until now has not been regulated by the TGA.

This is consistent with the TGA’s longstanding policy that it ensures a drug is safe and effective as claimed, but it is up to doctors to decide when and why it should be used.

One of the reasons for this approach is that once a drug is registered and available, new uses may emerge for it. As the drug can be used for these purposes without TGA approval, there is little incentive for sponsors to pay the TGA fee of almost $150,000 to have the new indications registered.

And for very rare diseases it may be difficult to recruit sufficient clinical trial recipients to generate evidence of the quality the TGA accepts to prove efficacy.  In other words, there are benefits to off-label use for some drugs in some circumstances.

The TGA gave three reasons for restricting the use of ivermectin:

(The exemption from the restriction of the small group of specialties will allow these doctors to continue to prescribe ivermectin for off-label use in treating other parasitic diseases.)

Antipsychotic use in aged care

The evidence made it clear that many people with BPSD (behavioural and psychological symptoms of dementia) were being prescribed antipsychotics to manage their BPSD.  However, the approved indications for most antipsychotics including olanzapine and quetiapine are essentially bipolar I disorder and schizophrenia, and not dementia.

Risperidone is the only drug in the class for which the approved indications include behavioural disturbances in dementia. The conditions of subsidy for the drug under the PBS include a requirement that the “patient must have failed to respond to non-pharmacological methods of treatment”.

There is also a requirement that a patient may not receive more than 12 weeks of treatment in a 12-month period. The Royal Commission did not hear that compliance with these requirements is actively monitored by the Department of Health, and many residents appear to receive risperidone on an ongoing basis.

As the Royal Commission observed, “the significant use of antipsychotics… in residential care strongly suggests that many of these medications are being used as chemical restraint. This is substandard care”.

It recommended (recommendation 17) that the government should legislate to provide that restraints should be prohibited except in an emergency, or after recommendation by an independent accredited expert, and should only be used as a last resort to prevent serious harm.

While the government in its response claims to have accepted this recommendation, it did not adopt the crucial part of the recommendation involving use of independent accredited experts in approving restraints.

And the legislation (https://www.legislation.gov.au/Details/F2021C00887) provides that chemical restraint “does not include the use of medication prescribed for… the treatment of, or to enable treatment of, the care recipient for… a diagnosed mental disorder”. This appears to mean that chemical restraint through sedation using antipsychotics prescribed for BPSD is acceptable.

If the government is serious about reducing the use of chemical restraint it could go a lot further.  Using the ivermectin precedent, it could amend the Poisons Schedule to require that antipsychotics are only used for the approved indications included on the ARTG.

Given that patients with psychoses are seriously ill and should be under the care of a psychiatrist, it could provide that only psychiatrists can initiate antipsychotic prescriptions (while allowing GPs to write repeats for up to a year).  And it could start actively enforcing the PBS limitations on the use of risperidone.

Of course, to be really effective in improving the care old people receive, these measures need to be accompanied by an increase in resources so that aged care providers can use other strategies to help people with BPSD.  Despite the Budget announcement, the government has not committed to funding aged care properly.

See Croakey’s archive of stories on aged care and health.