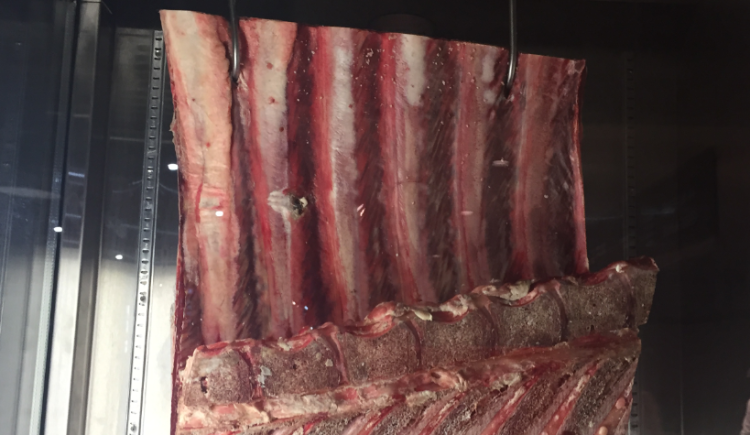 Introduction by Croakey: The EAT-Lancet Commission on Food, Planet, Health earlier this year brought together scientists from across the globe to answer the question: Can we feed a future population of 10 billion people a healthy diet within planetary boundaries?

As Croakey readers may know, the launch of its report included a social media campaign with the hashtag #EATLancet, which became the focus of “highly polarised debates online including misinformation, conspiracy theories, and personal attacks along with the hashtag #yes2meat”, according to this recent correspondence in The Lancet.

The letter, EATLancet vs yes2meat: the digital backlash to the planetary health diet, warns that controversies associated with the EAT–Lancet Commission show “how a rapidly changing media landscape and polarisation pose serious challenges to science communication on health and climate issues”.

It too has now prompted much attention via the hashtag.

Scientists and journals face serious challenges in a rapidly changing media landscape that is susceptible to the intentional dissemination of misleading content.

Scientists and scientific outlets such as The Lancet need to be continuously aware of, and act proactively, to avoid manipulation and misinformation about issues of fundamental importance for human health and the planet.”

In the article below, Simon Chapman, Emeritus Professor in the School Public Health at the University of Sydney, offers some different insights on the role of social media in health research and advocacy, after having just notched up ten years on Twitter.

It is republished from his blog with permission. 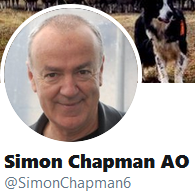 Ten years ago today, I tentatively signed onto Twitter. My friend Melissa Sweet who in 2007 started Crikey’s then infant sibling, the Croakey health  blog, was an early adopter. She’d given a presentation to staff and students at Sydney University’s School of Public Health on the potential of various new-fangled social media to advance health.

When she described Twitter, I tuned out. I didn’t want to know about anything with such a ridiculous, trite name. But she persisted and got in my ear a few times, emphasizing that you could curate your own feed to have regular material seamlessly pop into your Twitter feed from all the outlets that you would otherwise take lots of time to manually search out. I instantly got the sense in that, so took the plunge. Twitter rapidly became an indispensable part of my day.

Among my earliest follows were the journal I edited for 17 years Tobacco Control, the New Yorker, the Atlantic, the Guardian’s George Monbiot, Stern’s world music shop, and Ben Goldacre, author of Bad Science.

I also rapidly followed individuals I knew as polymaths, wits and those in possession of high powered bullshit detectors and truth serum dispensers for issues that interested me.

I started out by setting a personal rule that I wouldn’t follow more than 200 accounts. I didn’t want to be deluged every day with thousands of tweets that I could never hope to follow in any meaningful way as they flooded my inbox. I pruned those I lost interest in and some who turned out to be Twitter incontinents. I later nudged this limit to 300.

On December 14, 2012 when the Sandy Hook gunman in Newtown, Connecticut killed twenty 6 and 7 year old children and six adult staff members, I tweeted a link to our 10 year evaluation of the impact of Australia’s 1996 gun law reforms on mass shootings.

In the month of December 2012, the paper received 83,310 views and downloads, far more than it had received across the 72 months it had already been available on-line. Today, it has an Altmetric attention score of 2,442. If it had been published in 2018 and had that score, it would rank as the 54th highest ranking paper published across all fields of research in the year, In my experience, Twitter is peerless as a dissemination tool for research.

The joys of Twitter are endless. By the time my non-tweeting wife has read the newspaper in bed on her iPad each morning, I have often read the same stories with rich commentary from those I follow, and a spiral of those I don’t follow but who’ve interacted with some of those I follow. When well curated, Twitter is incomparable in surrounding you with information and perspectives on your interests at breakneck speed.

Want deep legal takes on the latest moves against Trump? Interpretations of new data on climate change? A look at what the world’s best cartoonists are saying? A deep dive into the collection of maps and graphics on just about anything? Then geographer/demographer Simon Kuestenmacher is the go-to. Twitter allows you to liberate a mind-boggling selection of your reading interests, and to refine that selection as time goes by.

With your own posts, you quickly learn a lot about the sort of tweets which attract high interest. Arresting, apposite pictures plundered from Google images often punt a tweet into a large crowd far more rapidly than a text-only one. Twitter’s real time tweet analytics tab which provides an instant account of whether a tweet has died or is rocketing through cyberspace can by quite addictive. A tweet that rapidly soars past a 1000 impressions, can start building exponentially across the following days, particularly if it’s been retweeted or commented on by several with humungous followers.

There have been many, many occasions when someone has come up to me saying they follow me on Twitter and talks about a memorable tweet. I do the same with local people I follow. I often tweet about public health and climate change, so the knowledge is very motivating that tweeting spreads information I’ve thought was important and useful, or calls out nonsense to thousands of people who may have trustingly taken some misleading bait.

Twitter is sadly a magnet for miscreants, haters, obsessives and other RWFW detritus craving your attention and reaction. Their accounts are mostly dismal, anonymous little affairs with desultory followings from their tiny echo chambers. They often open their attempt at communication with slander and abuse.  Here’s a large selection from the cyber sewer I collected about me a few years ago.

A few years ago, some colleagues and I researched the characteristics of public health researchers in Australia who had been voted by their research peers as being most “influential” in Australia. (see our papers here, here, here, here  and here). We also interviewed policy makers like health ministers, a state premier, their senior staff and senior health bureaucrats.

In explaining why they chose to seek advice from some experts and avoided others, expected factors like reputation, responsiveness, and having an understanding of the political process were important. But several emphasized that, like us all, we prefer the company and advice of people whose first, second and continual impulse is not to abuse you, but to be respectful. When someone opens their engagement with you with a salvo of derision, coupled with an attempted Twitter pile-on from their fellow travelers, the future of your relationship looks grim.

The politician and mandarins we interviewed emphasized that this did not mean they wanted to just surround themselves with sycophants. They were very open to interaction with experts, practitioners and consumers seeking policy change. There were few if any who didn’t. But just as we all give wide berth to bores, drunks, dope heads and one-topic finger jabbers at parties and conferences, politicians unsurprisingly actively avoid them as well.

I’m not in the habit of politely listening to the pitch of every door-knocker trying to sell me something or offering to show me the path to salvation. I have a phone block on all “private” unidentified numbers and tend to let unknown, number-showing callers through to voice-mail where I can screen them. Abusive emailers get blocked or sent a reply advising the sender that “some idiot seems to have hacked your account and is sending out the garbage below. I suggest you contact your ISP.”

With Twitter, I either instantly block or browse their feed for any form that suggests anaesthetic-grade tedium ahead. If their handle identifies them with their cause (I’m-not-a-racist racism, climate change denial, Trump-love, firearms, anti-vax, electrophobia, whacko snakeoil, vaping and pouting on-line hookers) a decade of experience has long taught me that little to nothing is to be gained by interaction. These people’s identities are almost entirely bound up with their missions.

Twitter is a hugely positive thing in my life. I’ve “met” lots of extraordinary people on-line I’ve never met  face-to-face. For me, it’s been an indispensable tool to both learn from and help shape debates.

So thank you so much, all my followers and those I follow. Here’s a cyber gift of 50 wonderful music tracks I discovered and re-discovered in 2019 (on Spotify). I hope you’ll enjoy them as much as I am.