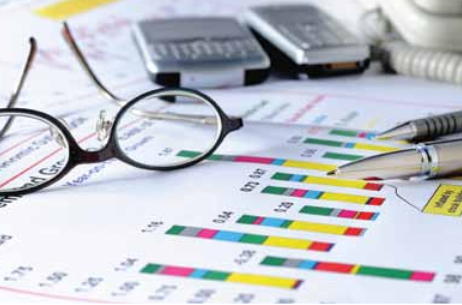 Health Minister Sussan Ley on Thursday announced the membership of the Private Health Ministerial Advisory Committee and that it will be headed by senior public servant Dr Jeffrey Harmer.

She said the committee, announced in the last Budget, will be tasked with early work to implement the private insurance policies announced by the Coalition at the recent election, including to:

Ley also announced a revamped Prostheses List Advisory Committee (PLAC), to be headed by Terry Campbell,  Professor of Medicine at University of New South Wales and Head of the Department of Medicine, St Vincent’s Hospital, Sydney.

Both the Australian Healthcare and Hospitals Association and the Consumers Health Forum (which is a member of the Private Health Ministerial Advisory Committee) welcomed the moves, but said the $5.8 billion private health insurance rebate was vital to the reform agenda. See more below.

The Minister said Harmer is uniquely qualified to lead the private health reform work. He has been Secretary of the then Departments of Families, Housing, Community Services and Indigenous Affairs (FaHCSIA) and Education, Science and Training, as well as serving as Managing Director of the Health Insurance Commission, which later became Medicare Australia. He was also involved in large scale reviews into the adequacy of the Age Pension and Disability Support Pension and the Henry Tax Review.

The Minister said the Committee will also ensure industry, consumer and provider viewpoints are heard through the following appointees:

“Private health insurance is a fundamental part of our national health system, but the majority of the 40,000 consumers who responded to last year’s survey told us the current system is frustrating and didn’t offer good value for money.”

Ley said the number one focus for the new Prostheses List Advisory Committee (PLAC) will be to improve affordability and access to medical devices for consumers. It will also improve the transparency of the listing process and reduce duplication with the Therapeutic Goods Authority (TGA) assessment processes, she said.

The Minister highlighted Campbell’s experience as a long-standing member of the Pharmaceutical Benefits Advisory Committee. The revamped PLAC will consist of a range of representatives, including additional clinicians, TGA and Department of Veterans Affairs officers and industry representatives from the private health sector, she said.

Croakey has asked for details on the membership of the committee.

Some early responses, concerns and priorities

The Australian Healthcare and Hospitals Association (AHHA) said it welcomed the announcements, but called on the Federal Government to ensure its private health insurance reform agenda supports world-class health care for all Australians, regardless of where they live or how much money they have.

Partel said the key to the government’s proposed bronze, silver and gold insurance arrangements will be the fine print on what is included and excluded from the various tiers.

The Consumers Health Forum congratulated the Minister for her determination and leadership and said Australia has “waited a long time for a thorough rethink of health insurance”.

CEO Leanne Wells said persistently negative revelations about the rising costs and uncertainty plaguing health insurance had culminated recently in the first decline in the membership rate for years – “despite the plethora of regulations, tax incentives and $6 billion rebate that are meant to encourage people into health cover.”

She said the rebate had to better targeted:

Policies that do not meet criteria of reasonable cover, simplicity and comparability should not be eligible for the rebate.

The CHF welcomed the appointment of Harmer as chair of the inquiry, saying his experience across a range of tax and health issues make him well-suited to inquire into this complex area of health policy.

It was also pleased the Prostheses Listing Advisory Committee would examine the disparity where many commonly-used devices cost private patients much more than they do in public hospitals.

The Medical Technology Association of Australia (MTAA) said it accepted that benefit reform of the Prostheses List (PL) would occur but was concerned that a “blunt cut” would be “contrary to delivering long-term evidence based reform in an attempt to appease the private health funds.”

Chief Executive Susi Tegan said 70 per cent of the MTAA’s members were Australian small-to-medium size companies for whom a blunt cut could mean job losses, reduced R&D and manufacturing.

“The medical device industry accounts for only 14 cents in every dollar paid in reimbursements by private health insurers under their hospital cover policies.

“If we’re going to be serious about helping deliver a sustainable and transparent healthcare system we need to look at the other 86 cents that’s driving up health insurance premiums.”

The MTAA said it was pleased the Government is acting to end “junk policies” through the development of Gold, Silver, Bronze and rural policies.

PrevPreviousCripcroakey: Mediscare resonated because being sick can be so damn scary
NextUnderstanding the ripple effect of suicide in Australia: perceptions of closeness and griefNext