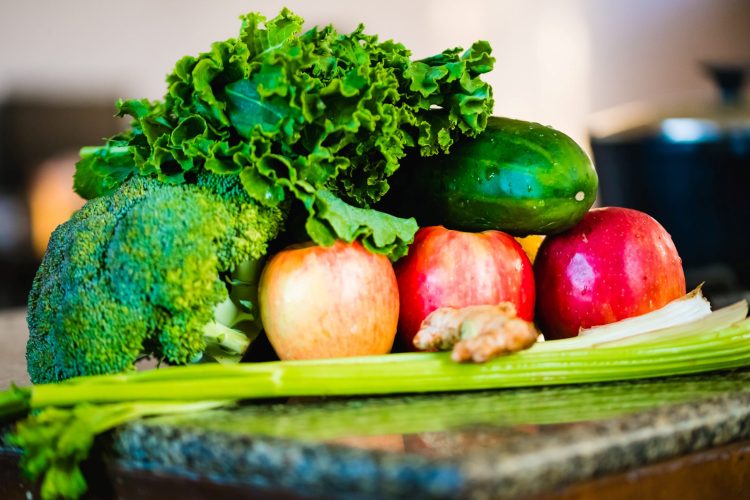 Demand soared for fresh fruit and vegetables when Aboriginal communities received the Coronavirus Supplement. Photo by k15 on Unsplash.

Introduction by Croakey: The Federal Government’s failure to provide a liveable income through JobSeeker payments will harm the health of many Aboriginal and Torres Strait Islander people and contribute to widespread distress as people and families struggle to afford healthy food and housing.

Health groups have also warned that the new base rate for JobSeeker will contribute to growing health inequalities and have consistently highlighted evidence of the link between poverty and sickness.

As Croakey editor Linda Doherty reports below, more than 500 submissions were made to the Senate inquiry into the Social Services Legislation Amendment (Strengthening Income Support) Bill 2021, with many testimonials of hardship from families and individuals choosing between food and medications, and forced into homelessness.

Economic modelling by The Grattan Institute predicts that 40,000 more jobs will be lost when the Government axes the Coronavirus Supplement (currently $75 a week) at the end of March and replaces it with a $25 a week increase to JobSeeker payments.

Raising the JobSeeker payment by just $25 a week will “unfairly and disproportionately” affect Aboriginal and Torres Strait Islander people and “drive more people into poverty”, according to the National Aboriginal Community Controlled Health Organisation (NACCHO) in a submission to the Senate inquiry.

NACCHO says 45 percent of Indigenous people aged 15 and over received an income support payment in 2018, compared with 23 percent for non-Indigenous Australians.

“The [Jobseeker bill] amendment is in direct opposition to the National Agreement on Closing the Gap agreed to by all Australian Governments and will only serve to widen the gap,” NACCHO says.

“NACCHO has heard numerous reports that outback stores could not keep up with demand for fresh fruit and vegetables when the Coronavirus Supplement was implemented.”

The Northern Territory Council of Social Service submission noted that people living in remote or very remote areas experienced much higher levels of poverty than those living in urban centres.

“These high rates of poverty are experienced disproportionately across the NT, with Aboriginal people in particular overrepresented in homelessness and unemployment rates, and poor educational outcomes.”

Aboriginal Peak Organisations Northern Territory says the Coronavirus Supplement provided welcome relief for many in extremely poor remote communities that are heavily dependent on income support. Removal of the extra income “will have a far greater effect on local economies than it will in most other parts of Australia”.

Not enough to pay for prescriptions

The Government’s proposed $3.57 a day increase to JobSeeker will not even cover the cost of a medical prescription ($6.60 for a concession cardholder) or meet the cost of public transport fares to attend job interviews or medical appointments, according to the cohealth submission to the Senate inquiry.

“We have seen the difference the Coronavirus Supplement made to people: being able to afford a place to live, three nutritious meals a day and to pay for vital medications and treatments.”

Hundreds of health and community groups support the #RaiseTheRate campaign led by the Australian Council of Social Service (ACOSS) to raise all non-pension payments to at least $65 a day to take the rate “to just above the OECD poverty line”. The JobSeeker payment for single people is currently $41 a day.

“This would set working-age payments at 62% of the minimum wage,” the ACOSS submission says. “In a wealthy country like Australia, our income support system should prevent poverty.”

The Consumers Health Forum of Australia submission says there is “compelling evidence” that people living in poverty are more likely to suffer poor health and have a higher risk of chronic disease and mental illness.

“Our social security system is meant to alleviate poverty, but is failing to meet this goal when it comes to income support payments, such as the JobSeeker and related payments,” the forum says.

The Government’s minimal increase to JobSeeker made little economic sense because the cost to the health system in lost productivity from preventable illnesses was many times higher than the estimated $9 billion financial impact, says Terry Slevin, Chief Executive officer of the Public Health Association of Australia.

“We are making unnecessary additions to factors driving healthcare costs up – every day, by ignoring the evidence on the links between poverty and ill health. It’s hard to be healthy when you are poor,” he wrote.

Australians on social security payments often had only $14 a day left over after paying rent and 80 to 90 percent skipped meals “because they simply could not afford to eat”.

“This clearly does not support people to achieve the Australian Dietary Guidelines recommendations for daily fruit and vegetable intake to prevent chronic and costly diseases,” Slevin wrote.

Being able to afford the basics

The National Council of Single Mothers and their Children surveyed its 4,500 members asking how the extra money from the Coronavirus Supplement and parenting payments had affected families.

Almost 90 percent of respondents said the financial boost had reduced stress and anxiety because they could pay household bills, 69 percent said families were healthier because there was enough good food to eat, and 65 percent said “I am sleeping better, not waking up due to money stress”.

“Remarkable in the stories told in this work were those of women who were able to access long overdue dental care, have their car fixed, buy warm winter clothes for their children and afford other basic necessities that most of us take for granted,” wrote Chief Executive Officer Jenny Davidson.

Davidson said one in four single mother families was living in poverty, and many more were struggling financially, including survivors of domestic violence.

A place to call home out of reach

Homelessness Australia’s submission cites research by Equity Economics that a continuing rise in unemployment this year, combined with cuts to JobSeeker in March, will increase the number of homeless people by nine percent and plunge 24 percent more Australian families into housing stress.

Anglicare Australia research had also shown that “0 per cent of online rental listings are affordable to people on JobSeeker at the proposed new level” even when all supplements and Commonwealth Rent Assistance was included, wrote Homelessness Australia chair Jenny Smith.

The Asylum Seeker Resource Centre supports the #RaiseTheRate campaign despite most clients not being eligible for any of the Government’s COVID-19 safety net and stimulus packages.

“This ineligibility has resulted in unprecedented demand for the ASRC’s program and services – across the organisation we have seen a three-fold increase in requests for assistance. This is a consistent increase in demand in similar organisations across Australia,” the ASRC submission says.

PrevPreviousPreventive Health Strategy coming soon; last call for submissions
NextAfter a year of pain, here’s how the COVID-19 pandemic could play out in 2021 and beyondNext