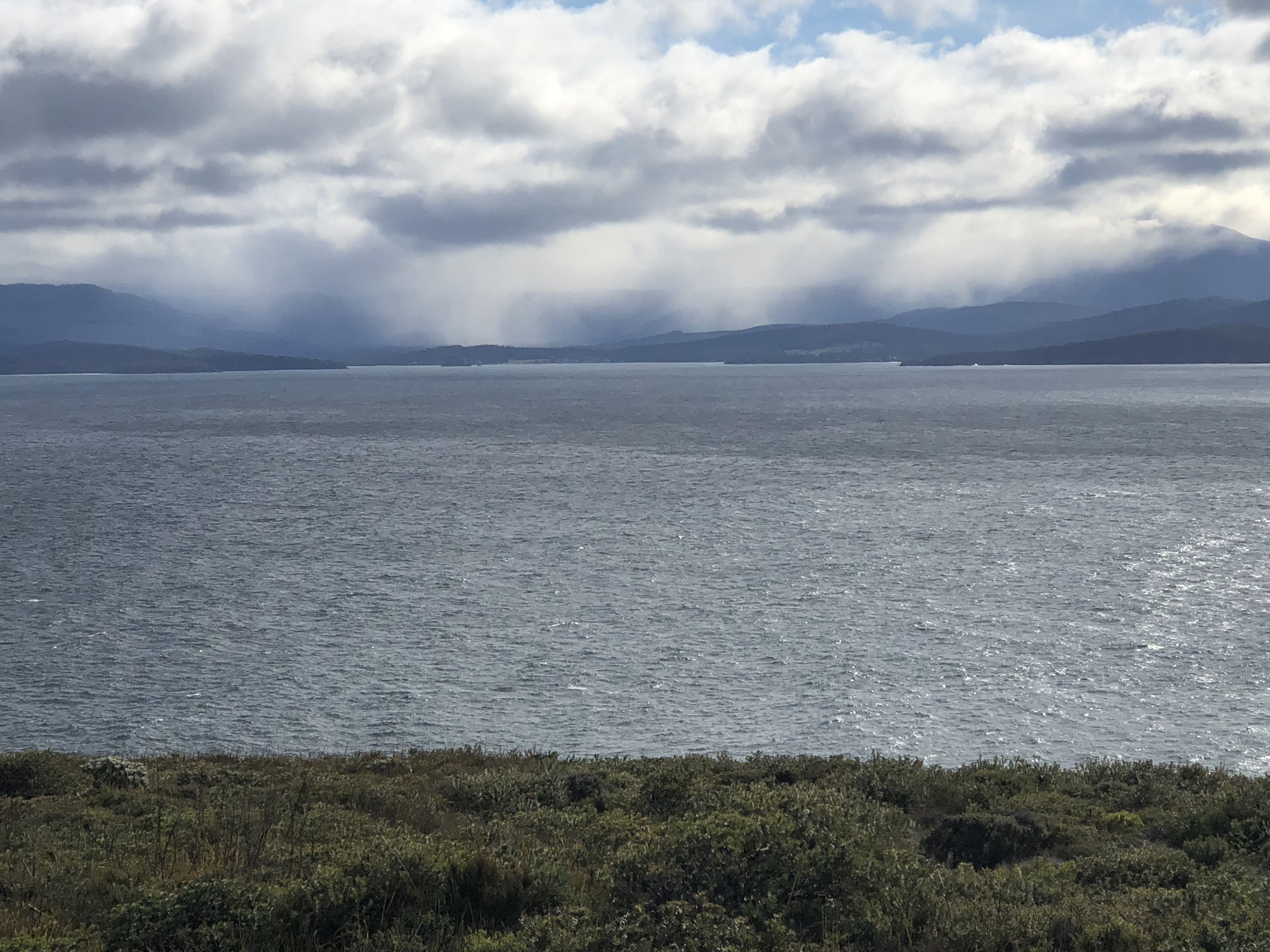 Putting planetary health and the big picture in focus at #AusVotesHealth

Join us in discussing the critical issues for #AusVotesHealth

Health and healthcare are set to be key issues in the federal election campaign ahead of the 18 May election announced this morning.

Climate change and planetary health, poverty, growing inequalities, environmental degradation, the dominance of vested anti-health interests and related failures of governance, lack of investment in preventing illness and suffering, and the entrenchment of an inequitable healthcare system are among the big picture health concerns facing electors.

Election health debate must look well beyond the health portfolio, not least because policies across many areas – whether in the Departments of Home Affairs, Social Services, or Environment and Energy – are harming health and wellbeing.

Other issues often overlooked in health debate include Australia’s failure to take systematic action to address all forms of racism and the burgeoning imprisonment rate. These are other critical determinants of health – especially for Aboriginal and Torres Strait Islander people – which require political action and leadership.

While these may not traditionally be issues that garner much media attention in election campaigns, at Croakey we encourage our readers and followers to use #AusVotesHealth when tweeting and sharing health-related news from the election campaign.

Also, check out the #VoteACCHO campaign: 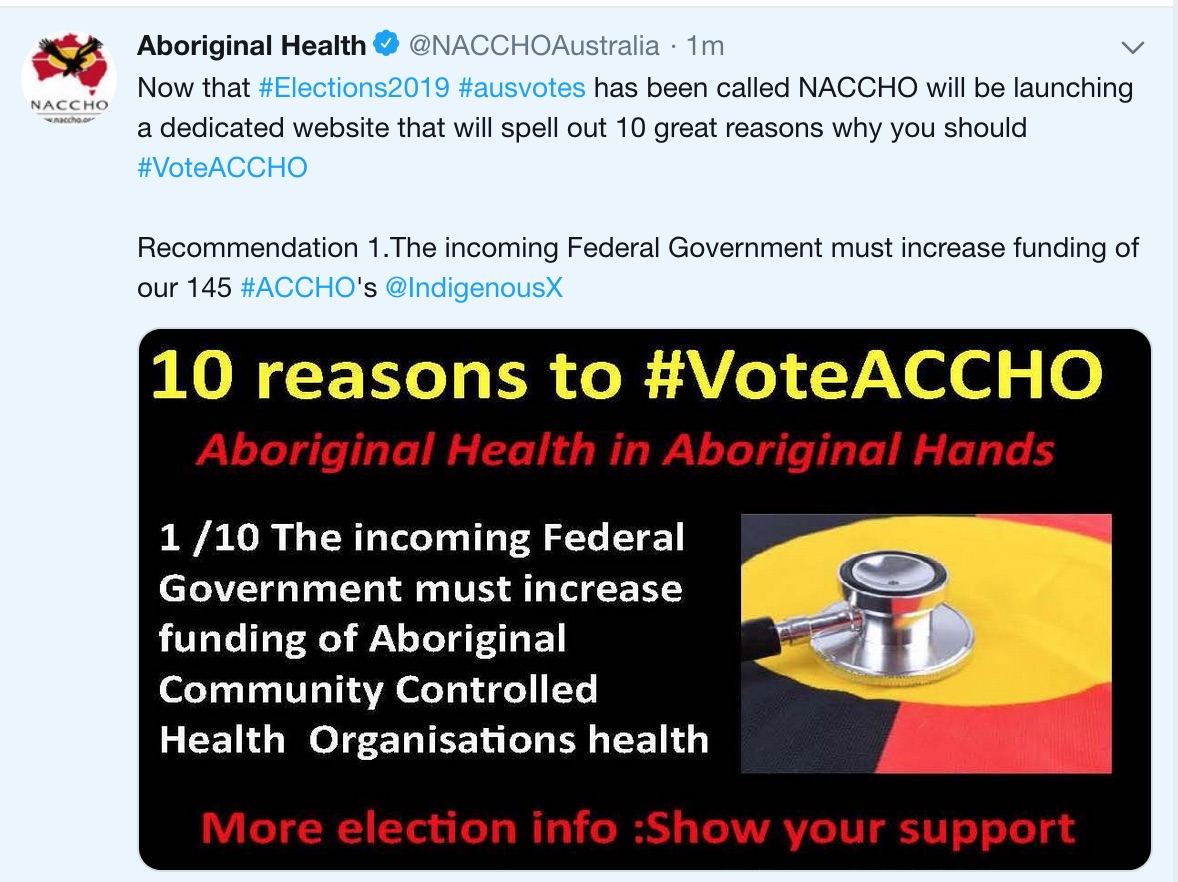 The Consumers Health Forum has called on the next Parliament to support the Uluru Statement from the Heart and take effective steps towards constitutional change to acknowledge the place of the First Nations peoples in Australia and their right to a Voice in the Parliament.

In a statement released this week, the CHF says:

We strongly urge governments to listen to the Australian people and acknowledge the historical and ongoing lived experience of Aboriginal and Torres Strait Islander peoples in the constitution and prioritise genuine consultation in the Australian Parliament.

Recognition at the highest levels of leadership followed by an ongoing commitment to a genuine partnership will be central in reshaping and strengthening Australia’s national identity and enable Aboriginal and Torres Strait Islander peoples to flourish.”

In an accompanying media statement, the Chairman of the Consumers Health Forum, Tony Lawson, and the CEO, Leanne Wells, said a Constitutionally-driven transformation offers a stronger path to a remedy given the established international evidence that non-health factors such as income and social status have a greater impact in determining health outcomes than clinical care.

Many Australians have seen the devastating effects including poor health outcomes and lower rates of participation in the health workforce of successive federal, state and territory government policies that have been imposed on Aboriginal and Torres Strait Islander peoples.

It is time for Australians to recognise and embrace the necessity for transforming change that would be generated by giving effect to the Uluru Statement from the Heart.”

Meanwhile, a leading health organisation has attacked a $5.6 million advertising campaign promoting the Pharmaceutical Benefits Scheme (PBS), as “a waste” of funds that could have been better spent on healthcare. 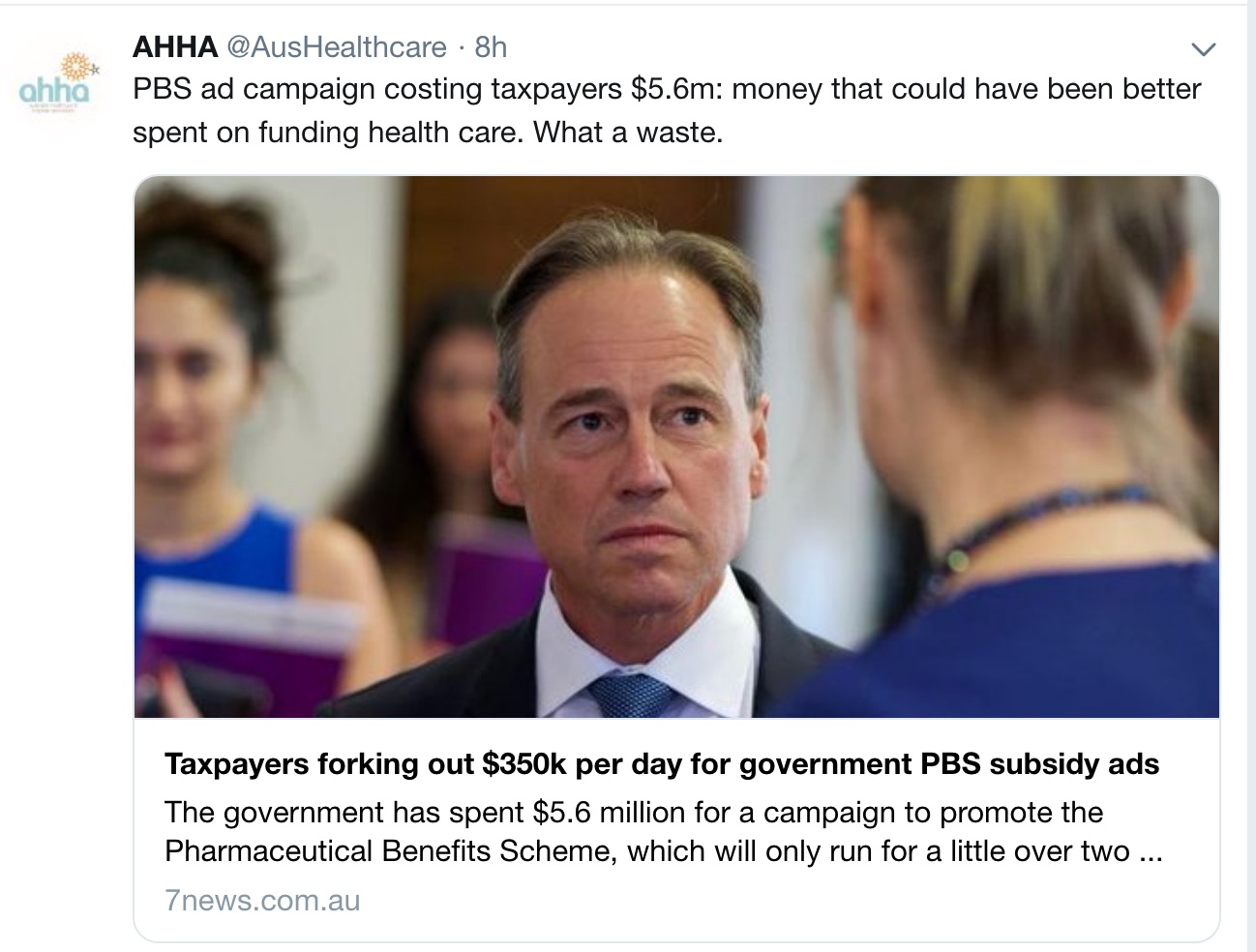 By Dana McCauley, a journalist with the Sydney Morning Herald and The Age 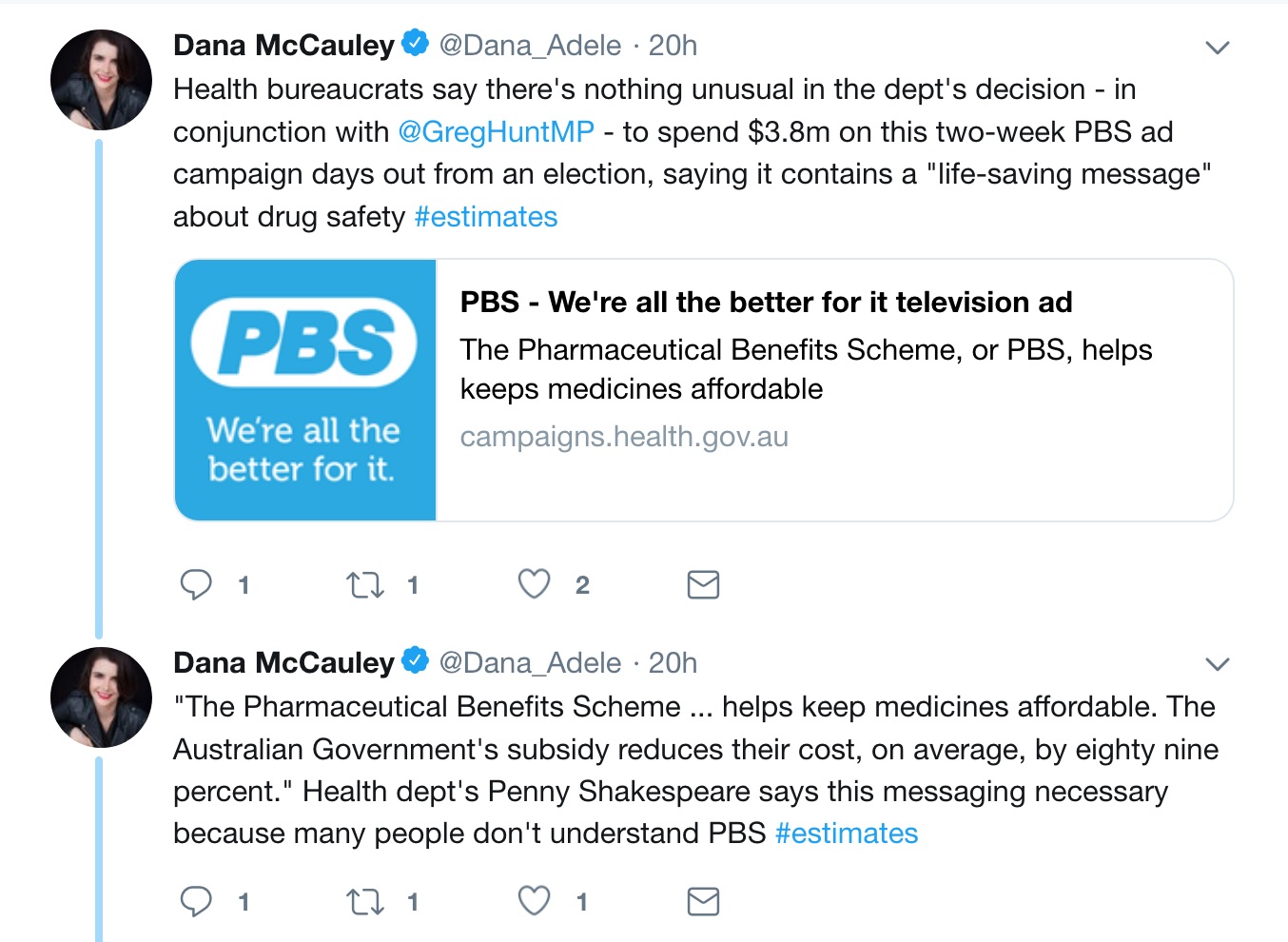 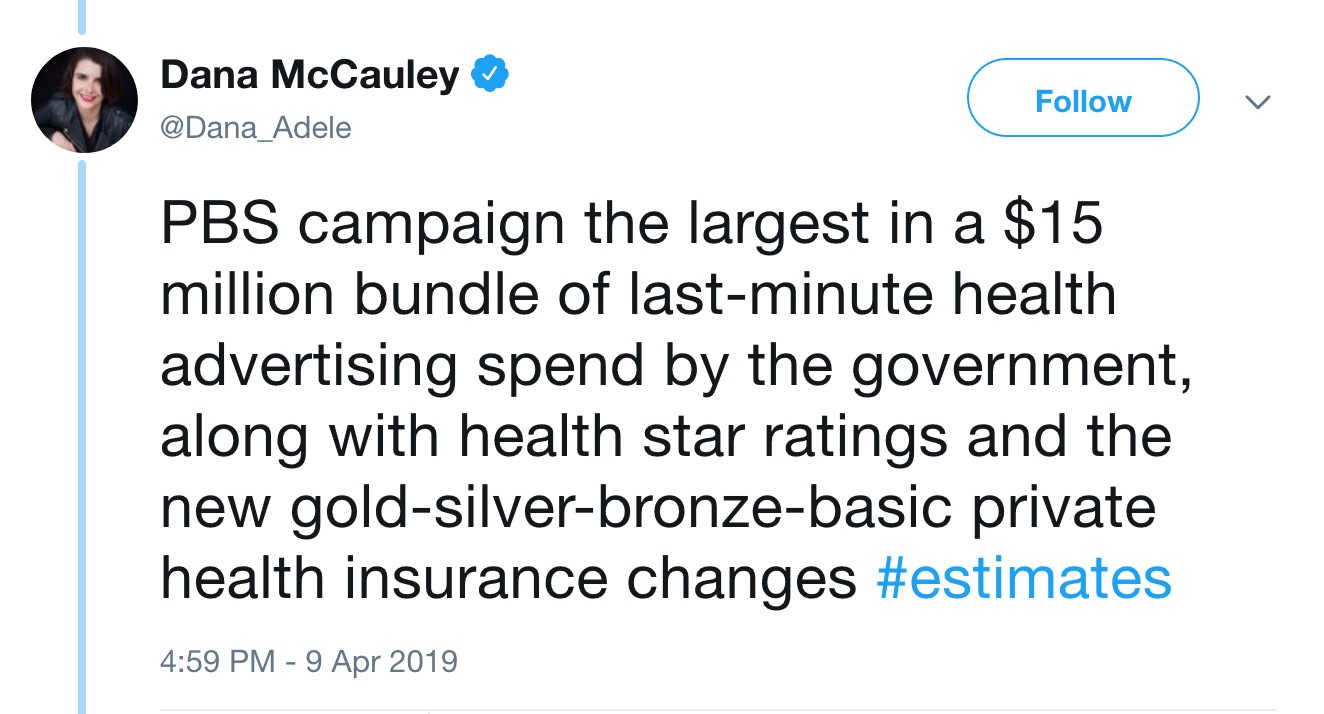 Meanwhile, while the Government is spruiking its credentials on access to medicines, leading health groups have warned that a recent Government decision on access to prescription medications will disadvantage patients.

The AHHA has backed a joint statement by the Royal Australian College of General Practitioners and the CHF, warning that lobbying by the Pharmacy Guild of Australia has led to a policy back-down that is not in patients’ interests.

The RACGP and CHF have jointly called on the Federal Government to rethink its decision to put a hold on plans that would enable patients to collect two months of scripts in a single visit to a pharmacy.

RACGP President Dr Harry Nespolon said the Government’s decision not to allow 60-day dispenses for 143 medications was in the best interest of pharmacy owners, not patients.

“We are extremely concerned the Government has backed down on a decision that was in the best interest of Australian patients, after intense lobbying by the Guild,” Dr Nespolon said.

“The Guild has lobbied for this change not because they believe it will improve patient safety and convenience, but because they know pharmacy profits may be impacted if 60-day dispensing was implemented.”

CEO of the CHF Leanne Wells said enabling patients to collect two months of scripts – previously available under restricted access – in a single visit to a pharmacy would be safe, practical and convenient for patients.

This policy reversal takes little heed of PBS and the expert, multidisciplinary advice of the PBAC and is counter to undertakings from both sides of politics that PBAC advice will be acted on.

Pharmacy owners derive considerable business as dispensers of PBS medicines.   Pharmacists also have widespread community respect.  We urge them to display respect for the community and accept the two-month script proposal and recognise the importance of patient convenience and cost savings for patients.  The Guild’s action dismisses patient interests and risks eroding optimal access to health care.

There are built in Quality Use of Medicine safeguards to discourage inappropriate use or waste. Whether patients get a two-month script is subject to the prescribing doctor being satisfied that their medication is warranted.”

Other issues of note 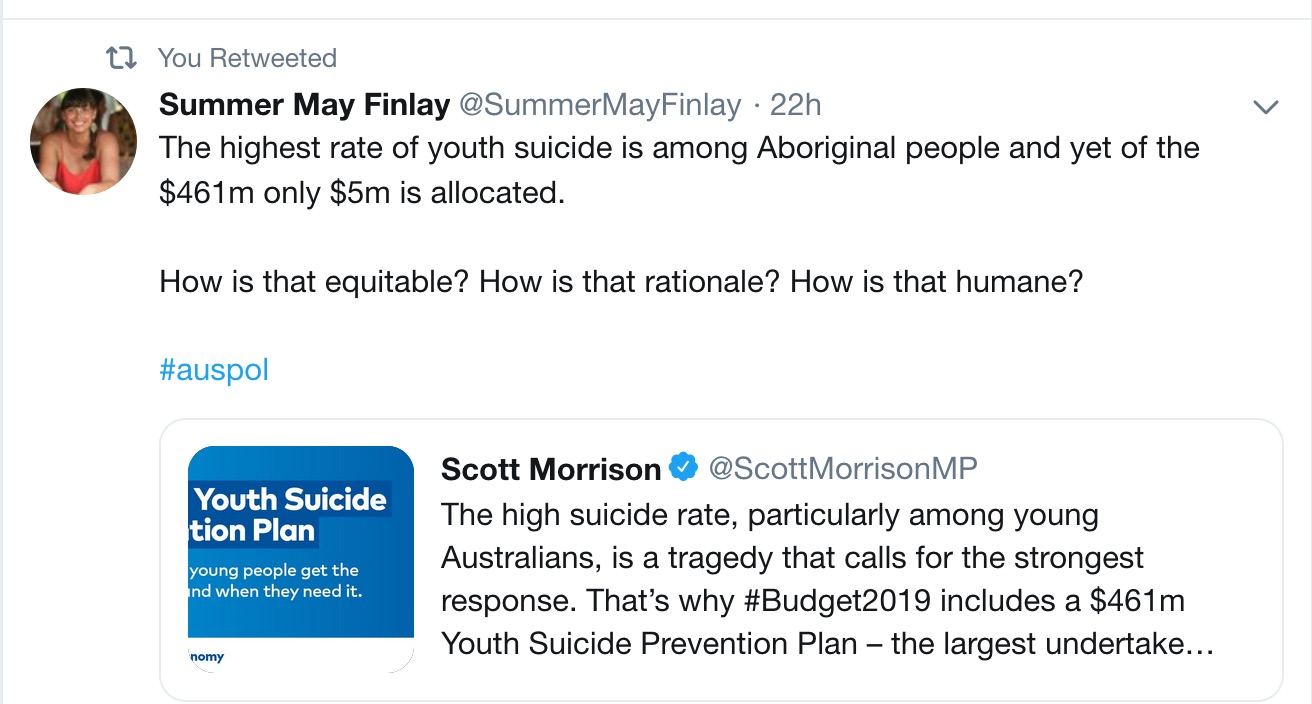 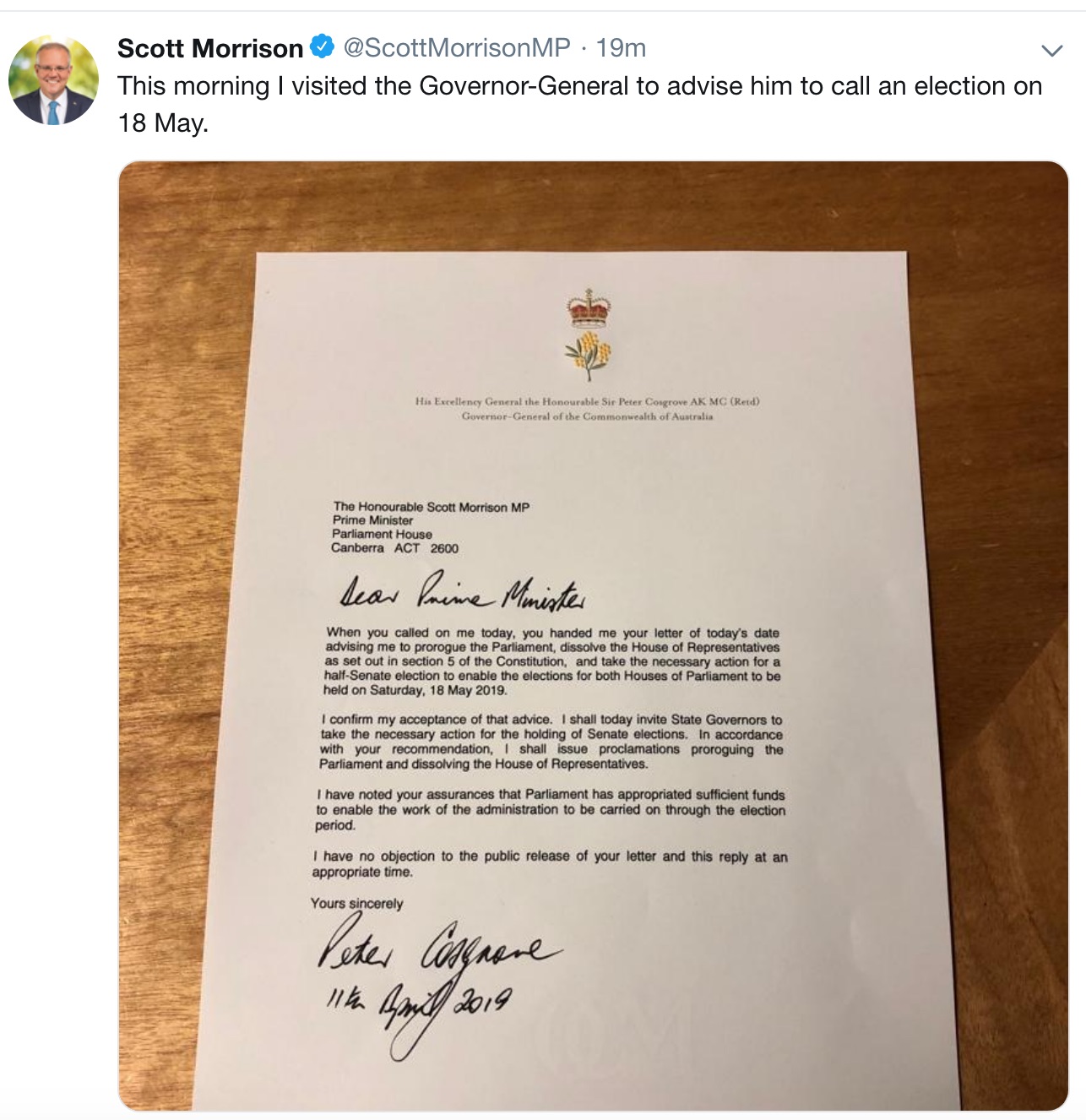 • Please use #AusVotesHealth when tweeting and sharing health-related news from the election campaign.

** The feature photograph at the top of this article was taken on 10 April by Melissa Sweet, looking from Lunnawanna-alonnah/Bruny Island towards mainland Tasmania/lutruwita.