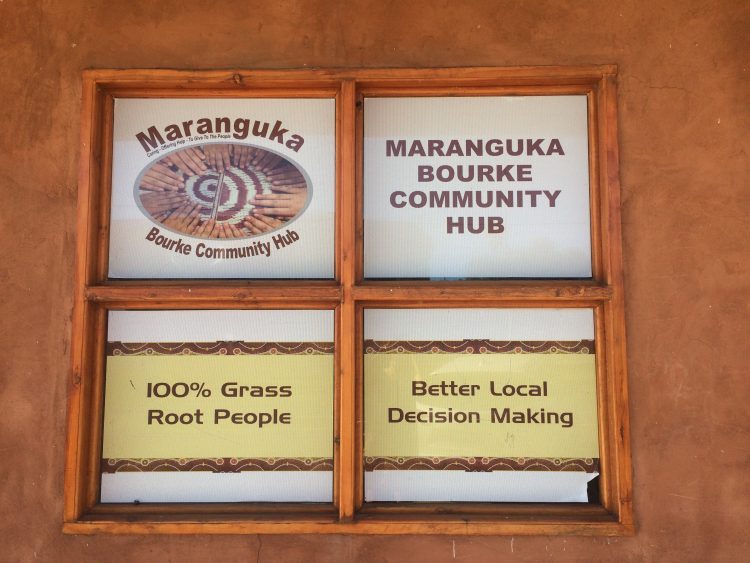 Last month Aboriginal and Torres Strait Islander leaders, communities and organisations sent an open letter to the Federal Government calling for a formal response to the recommendations contained in the Australian Law Reform Commission’s Pathways to Justice report, tabled in March this year.

The letter, led by the Change the Record campaign, said that in the six months since the report was tabled, more than 5,000 Aboriginal and Torres Strait Islander men, women and children have been in prisons around the country, “impacting not only those individuals but their families and communities as well”.

The Australian Institute of Criminology has since reported that the number of deaths of Aboriginal and Torres Strait Islander people in custody has increased to the highest it has been since 1979-80, it said.

The letter said the Pathways to Justice report provides “a clear direction towards fairer justice systems around the country”, with a number of specific recommendations for concrete actions that the Federal Government can take to reduce the over-representation of Aboriginal and Torres Strait Islander peoples in the criminal justice system, including the establishment of a national justice reinvestment body and supporting justice reinvestment trials around the country.

In the post below, Alistair Ferguson, Executive Director of the Maranguka Justice Reinvestment Project in Bourke, and Sarah Hopkins, Chair of Just Reinvest NSW, say the justice reinvestment approach taken by the remote New South Wales community of Bourke, and which has resulted in significant drops in crime rates, shows the way ahead.

Croakey readers may also be interested in this #LongRead about Bourke’s justice reinvestment program published last month at Inside Story.

The core recommendation underpinning the Australian Law Reform Commission’s March 2017 report, Pathways to Justice – Inquiry into the Incarceration Rate of Aboriginal and Torres Strait Islander Peoples, was that state and federal governments should pursue a ‘justice reinvestment’ approach.

The sound reasoning behind the recommendation was that by supporting community-led and data-driven early support services for local communities, we can drive down offending, create safer communities, and reduce the costs of building prisons and operating the justice system.

While we’re all waiting for the federal government to respond constructively to the Pathways to Justice report, new data coming out of Australia’s most advanced justice reinvestment project, the Maranguka Justice Reinvestment Project in Bourke, reinforces the case for this new approach to addressing the over-imprisonment of Aboriginal and Torres Strait Islander people.

In comparison, statistics from the current approach across the state are grim:

If the policy aim is to build communities, not prisons, early signs are that justice reinvestment is the answer.

It is no quick fix.

Using data collected from the government, non-government service providers and the community, three priority areas were identified by the Bourke Tribal Council:

Measurable goals and outcomes were incorporated into the community strategy called Growing Our Kids Up – Safe, Smart, Strong. Working groups of community members and local service providers  created programs and initiatives to reach these goals which are now being implemented.

Right up front the Maranguka Justice Reinvestment Project identified a number of justice ‘circuit breakers’ to try and drive immediate change in the lives of young people coming in to contact with the justice system in Bourke.

These included the Maranguka and Birrang Driver Licensing Initiative. At the time, Bourke was ranked number 1 in the state for offences of Drive While Licence Disqualified or Suspended for 10-25 year-olds.

Since starting in December 2015, 236 people have obtained their driving licenses in Bourke through the Driver Licensing Initiative, and from 2015-17 there was a 72 per cent reduction in the number of young people (up to 25 years) proceeded against for driving without a licence.

In 2015 the Bourke Tribal Council set a target for the Role of Men Working Group of a 50 per cent reduction in domestic violence offending by 2020. This group is since on track to meet this target.

They have done this by coordinating and implementing key initiatives under the Maranguka and Birrang, Gawimarra Burrany Ngurung – Picking Up the Pieces Family Violence Strategy. A family violence team has been established, funded through the Federal Government’s ‘Third Action Plan’. The team provides counselling, case work, mental health nurses and works with families of people charged with domestic violence related offences.

The  Maranguka team has also collaborated with the local police to organise officers to support regular follow-up visits to people who have been charged with domestic violence related offences and also victims of domestic violence, to check-in and identify any support needed to prevent re-offending.

Simple initiatives like these have contributed to the reduction in both reported domestic violence assaults (down 39 per cent) and reoffending from previous domestic violence offenders (down 48 per cent among those aged over 26), putting the group on track to reach their ambitious goal in three years.

Another justice reinvestment initiative introduced in August 2017 involves the Bourke Local Area Command and the Maranguka Community Hub meeting every morning to provide updates about what has happened in the last 24-hour period, with a view to identifying and providing support to community members in need, and a particular focus on children at risk of offending and their family members.

This has continued and has become a space to workshop acute responses to situations requiring emergency action and identified support.

In walking this pathway to success, the Maranguka Justice Reinvestment Project has received vital support from philanthropic and corporate partners through the provision of funding and in-kind support. The NSW Government has also played an important role through the provision of data and participation of government agencies and departments in the development and implementation of the collaborative framework for service delivery in Bourke.

This participation has been facilitated by the Hon. Brad Hazzard (Minister for Health and Minister for Medical Research) as the NSW Government’s Cross-Portfolio Government Champion for Justice Reinvestment. A small amount of funding was provided for the Project’s Data Manager and for strategies developed under the collaborative framework.

What is happening in Bourke is not a pilot project.

It is a long term change process that is yielding positive social results that will have a knock-on effect of to the broader justice system, reducing the burden placed on the police, courts and prisons.

A number of communities around NSW and Australia are now going through the initial stages to become ready to start leading justice reinvestment projects locally. For them to succeed, it is crucial that state and federal governments invest now in new community-led justice reinvestment initiatives, as well as providing funding for the establishment of an independent body to support those communities.

PrevPreviousBuilding a movement to improve safety and quality of care for people with acute mental health needs
NextWrapping the tweets, news and views from #MHED18Next