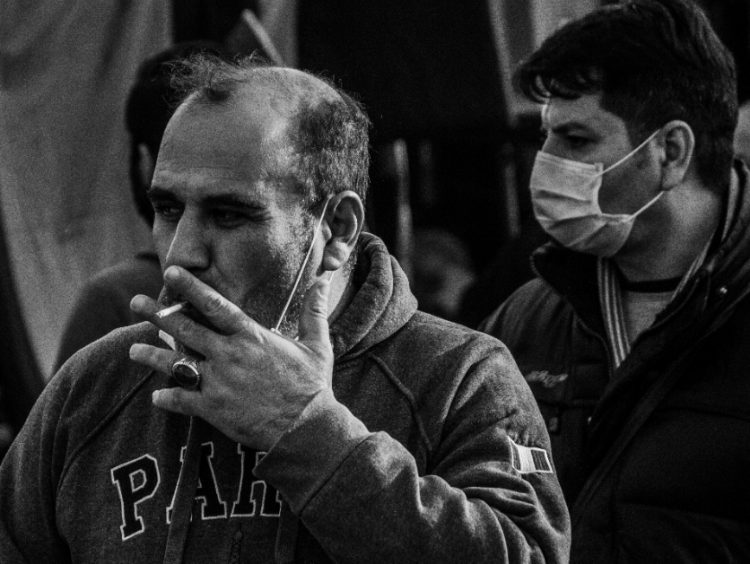 Photo by Ali Choubin on Unsplash

Introduction by Croakey: Manufacturers of unhealthy products were not letting the pandemic crisis go to waste, Croakey reported last week.

Tobacco companies may also have got an unhealthy boost from decreasing investment in anti-smoking campaigns in Australia, according to Quit Victoria which found that, of many disruptions during the pandemic, particularly in Victoria which experienced a 112 day second wave lockdown, quitting smoking may have been one of them.

Quit Victoria CEO Dr Sarah White looks at the figures below, saying a big reason behind the lower contacts was likely the absence in 2020 of any multimedia quit smoking campaign activity, which can “act like a vaccine against smoking”.

Coronavirus is not the only pandemic currently threatening millions of lives. Where coronavirus has (at the time of writing) killed 3.6 million people around the world since January 2020, the global tobacco pandemic is on track to cause eight million deaths every year by 2030.

The World Health Organization issued a warning in relation to COVID and smoking just 13 weeks after declaring SARS-CoV-2 a pandemic. This was not surprising, because people who smoke are more vulnerable to respiratory infections and those with lung function impaired by smoking would have more serious COVID-19 outcomes.

Most Victorians who smoke know their lungs are (or will be) impaired by smoking.

The advent of the coronavirus pandemic which caused the state to go in and out of lockdown therefore should, hypothetically, have provided Victorians with more motivation to quit.

We used calls to the Victorian Quitline to assess whether people sought help to quit during lockdowns and/or when COVID-19 concerns were likely to be high.

During the first lockdown of 2020 it was somewhat of a surprise when calls to the Victorian Quitline showed no sign of increasing (compared to a 2018-2019 baseline).

This was a period during which it seemed every second news bulletin featured mention of ventilators, oxygen or people struggling to breathe in intensive care units.

During the second lockdown period, which was in response to a sharp increase in COVID-19 cases in the community, there was a more than 20 percent decrease in calls to Quitline.

We hypothesised that people were putting off quitting during times of heightened stress and pressure due to uncertainty, social isolation, financial pressures or home-schooling. 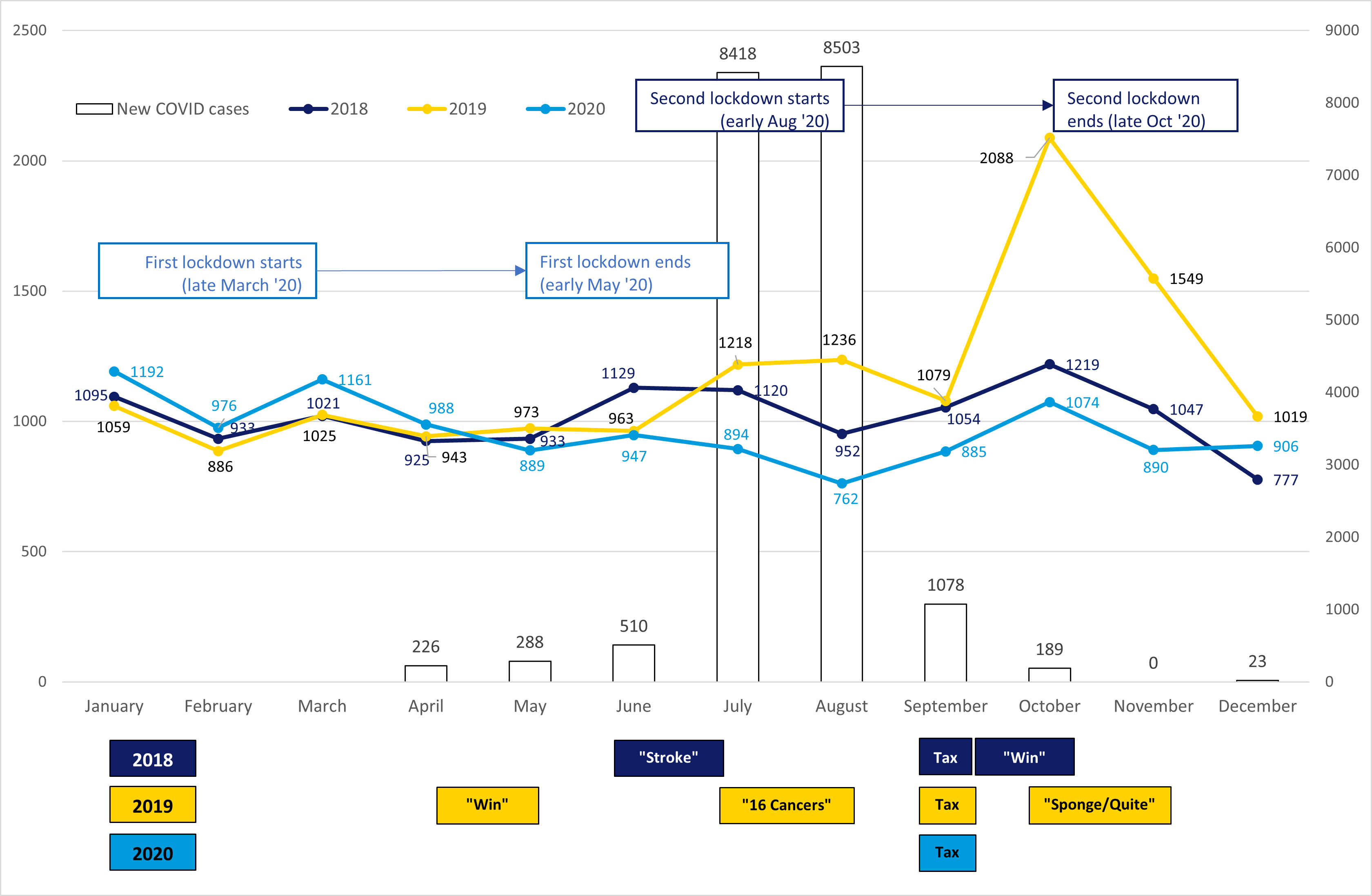 On closer analysis, though, Quitline calls across 2018, 2019 and 2020 tracked most closely to periods when television-led mass media campaign were on air.

Mass media campaigns don’t just “tell people that smoking is bad”, they shape and change attitudes and behaviours that prevent kids from starting to smoke plus motivate and support people who smoke to quit and stay quit.

In 1997, Australia’s National Tobacco Campaign achieved a reduction of 190,000 smokers by increasing quit intentions among smokers and preventing relapse among former smokers.

Campaigns are both effective and cost-effective: the US Centre for Disease Control’s evaluation of anti-smoking campaigns have shown that every $3,800 spent on campaigns between 2012-2018 prevented one early death.

Part of the effectiveness of campaigns is that they increase help-seeking behaviour; for example, the 2019 Sponge + Quitline makes Quite a difference campaign increased calls to Quitline by over 60 percent while on air.

However, this is a vaccine that requires multiple booster shots; the effect of an anti-smoking media campaign on behaviour diminishes rapidly once the campaign ceases.

The dampening influence of the second lockdown and the absence of mass media reminding people of the urgency of quitting in Victoria (plus, possibly, misinformation that appears to be tied to the tobacco industry) are likely behind a decrease in help-seeking behaviour in Victoria during 2020.

Whatever the relative contribution of factors, the failure to run anti-smoking campaigns was absolutely a missed opportunity to further help people to quit.

Responses and the vector

So, how proportionate is the Commonwealth Government’s response to these two pandemics?

The Government spent $47.8 million on the COVID campaign in 2019-20 and will spend at least $24 million on advertising in the first half of 2021 in response to the coronavirus pandemic, which killed fewer than 1,000 Australians in one year.

(Sure, the economic impact of coronavirus has been extraordinary, but recall the tobacco industry cost the Australian economy billions every year; $137 billion dollars in 2015/16 alone.)

The tobacco pandemic is driven by a single commercial vector, the tobacco industry, that lurks, not in aerosols or on surfaces, but behind front groups and lobbyists.

Is this why there seems to be a peculiar social ennui when it comes to investing the funding required to end the pandemic responsible for the leading cause of preventable death and disease in Australia?

A failure to invest the relatively tiny amount of $40 million per annum to run adequately funded mass media campaigns is not only a far from proportionate response to the tobacco epidemic, it’s a complacency that is killing more Australians every year than COVID ever will.

Quit Victoria is funded by VicHealth, the Victorian Department of Health and Cancer Council Victoria.