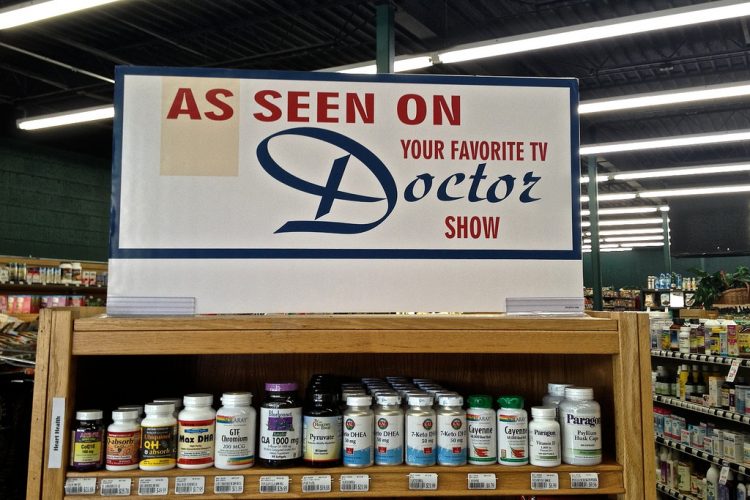 King Kong Stack and the suspect world of supplements

The Therapeutic Goods Administration exists to protect the public, but in an age of paleo, Paltrow and celebrity cures, what new challenges does it face?

The pair spent their summer completing a brief research project under the supervision of Associate Professor Ken Harvey, and have prepared these reports for Croakey.

First up in the series is Lucy Romanoff, on the provision and promotion of body-building supplements by Australian companies.

The Australian summer season is in full swing. Less clothes, more bodies on display. For many people this means frantic dieting and exercising to acquire that fit physique, notoriously known as the ‘summer body’.

Is there a quick fix?

One product specifically targeted towards body-building males is Evolution Supplements’ King Kong Stack. This product claims to produce lean muscle mass, fat loss and muscle definition. For only $699.95, the King Kong Stack allows anyone to achieve that beach-ready physique.

However, unbeknownst to consumers, the King Kong Stack can cause serious harm, and not just to their hip pockets.

Products like the King Kong Stack are meant to be regulated by the Therapeutic Goods Administration (TGA) to ensure they are of acceptable standard for consumer use.

All therapeutic goods approved by the TGA for marketing in Australia can be identified by an AUST R or AUST L number on their label.

AUST R designates higher-risk products such as prescription medicines. These are thoroughly assessed by the TGA prior to marketing for quality, safety and efficacy.

Lower-risk medicines (labelled AUST L) are not assessed before marketing but are meant to meet TGA standards for quality and safety, and hold evidence for the claims made.

Complementary medicines such as multi-vitamins, herbal products and probiotics are common examples of AUST L products.

In the case of the four products comprising the King Kong Stack, neither an AUST L or R number is supplied. They are, in effect, being illegally advertised and supplied within Australia.

Several ingredients contained within this product range are so dangerous that they have been listed on the Australian Poisons Standard. One example — cardarine, a Schedule 10 Poison— is considered so dangerous to health its sale, supply and use is prohibited in Australia.

On December 6, 2018, we submitted a complaint to the TGA about Evolution Supplements’ King Kong Stack. We pointed out that it, and other similar products, were being illegally advertised and sold by many Australian body-building companies.

In response, the TGA last month (January 24) published an advertising direction notice to Evolution Supplements directing them to cease the promotion of non-compliant goods.

The TGA noted that the company had refused previous requests to take down the advertisements; and gave them seven days to comply under powers provided by Section 42DV of the Therapeutic Goods Act 1989. The TGA also emphasised that failure to obey the direction may result in various sanctions or penalties.

At the time of writing, seven days have elapsed from the date the direction order was published and the advertisements have not been taken down.

In December, the Secretary of the Department of Health commenced Federal Court proceedings against Peptide Clinics Australia. Similar to Evolution Supplements, this company sells peptides and other prescription-only therapeutic goods that can cause serious harm to users.

When this matter is heard, the Court will be asked to impose financial penalties and require removal of products and advertising in breach of the regulations.

It’s good to see that the TGA has started to use new powers contained in the Therapeutic Goods Amendment (2017 Measures No. 1) Bill 2017. However, it is hard to understand why they have failed to act on many similar examples brought to their attention by the ABC and others.

To reduce the current unacceptably high level of advertising regulatory non-compliance, prompt action must be taken on all advertisers who repeatedly break the law. In addition, the penalties imposed must outweigh the profits generated by misleading and deceptive advertising.

Finally, the TGA advises consumers to exercise extreme caution when purchasing medicines from unknown overseas Internet sites. It has produced a short video on the risks associated with buying medicines and medical devices online.

However, this information fails to point out that Australian companies can be equally suspect. The TGA needs to highlight that if an AUST L or AUST R number is not visible on the pack then buyer beware; this is an illegal product and should not be purchased.

She undertook research into the illegal promotion and supply of body-building supplements in Australia, supervised by Associate Professor Ken Harvey