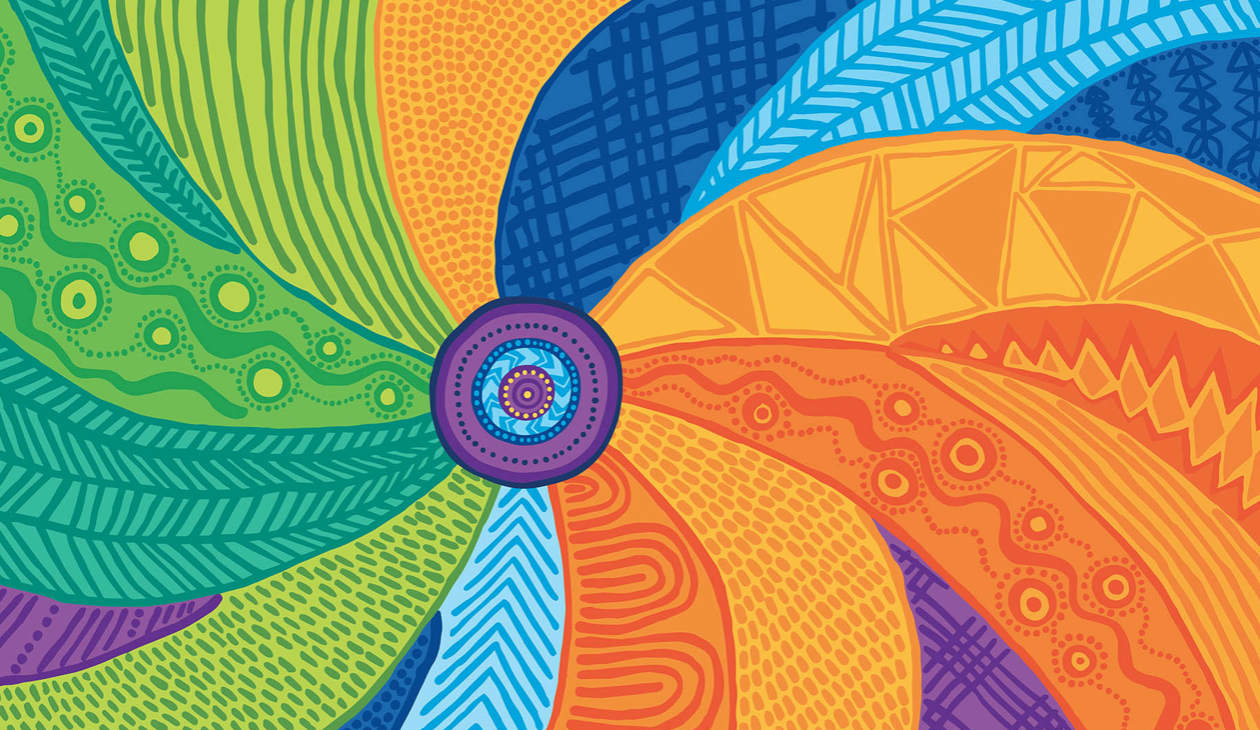 Pathways to Healing by Jenna Lee, featured on The Australian Indigenous HealthInfonet website


The landscape for understanding and interpreting statistics relating to Aboriginal and Torres Strait Islander health has changed irrevocably. It is now well recognised that statistics and data have power beyond their numerical representation.”
Professor Neil Drew, Director, Australian Indigenous
HealthInfoNet

The Australian Indigenous HealthInfoNet recently released the 2019 version of its authoritative publication, the Overview of Aboriginal and Torres Strait Islander health status.

Below, Professor Neil Drew reflects on the findings of this report and describes the journey being taken by HealthInfoNet in moving away from the “deficit narrative” of Aboriginal and Torres Strait Islander health and embracing new ideas of data sovereignty and governance which reflect the lived experience of Indigenous Australians.

The Australian Indigenous HealthInfoNet has published its Overview of Aboriginal and Torres Strait Islander health status annually for the past 15 plus years. Over the years we have had to report on the negative aspects that were happening in our communities.

We are happy to report in this year’s overview, the statistics and data are revealing some positive indicators. For example, in recent years there has been a decrease in death rates, including infant mortality rates and a decline in death rates from avoidable causes.

The 2018-19 NATSIHS reported that there has been a reduction in the proportion of Aboriginal and Torres Strait Islander people who smoke tobacco since the previous survey in 2013-14, and this has been particularly evident in younger age groups. Smoking is a risk factor for many health conditions, so this is encouraging news.

It also reported, and pleasing to see, that fewer mothers are smoking and drinking alcohol during pregnancy, meaning that babies get a better head start to life.

It is nevertheless also accurate to observe that on many headline indicators the health status of Aboriginal and Torres Strait Islander people remains poor in many areas. These mirror the conclusions of the most recent Closing the Gap report (2020) .

The need for a broader context

A challenge for data rich and data driven organisations like the HealthInfoNet is to provide a summary of Aboriginal and Torres Strait Islander health that better contextualises our understanding of this complex and vexing national concern.

The landscape for understanding and interpreting statistics relating to Aboriginal and Torres Strait Islander health has changed irrevocably. It is now well recognised that statistics and data have power beyond their numerical representation.

The data sovereignty movement has highlighted the power of data to shape national consciousness and debates about the status of the First Nations peoples of Australia (Maiam nayri Wingara Data Sovereignty Collective). This is particularly more evident in the health domain.

The shift to more strengths–based narratives has ameliorated this to some degree but the evidence continues to show that on the whole the public discourses surrounding the status of Australia’s First Nations people in their own country are still deeply rooted in the history and consequences of colonialisation.

It is self–evidently true that the health trajectory of Aboriginal and Torres Strait islander people is bound up in their lived experiences and as such has no parallel to the experiences of non-Indigenous people, regardless of their own diverse backgrounds. The enduring impact of colonisation, the Stolen Generations and the subsequent intergenerational trauma is unarguable.

A majority of Aboriginal and Torres Strait Islander respondents to the Reconciliation Barometer (2018) believe that their experience of disadvantage today is a consequence of marginalisation based on race based policies. This belief has grown since the previous survey.

The call by many leaders is now for local level data to inform local level solutions, as Ian Anderson described in the 2017 Menzies Oration: democratising data/building a platform for Indigenous development  and reiterated by the Prime Minister in the Closing the Gap report 2020. The Prime Minister, Scott Morrison, stated that a ‘new process has begun. A process that is truthful, strengths based, community led, and that puts Aboriginal and Torres Strait Islander people at the centre’.

As a data-driven organisation, the HealthInfoNet is implicated in the way that data are presented, understood and used. In the latest edition of the Overview, we continue our journey of learning and understanding of what data sovereignty and governance principles mean and how to apply them in everyday practice.