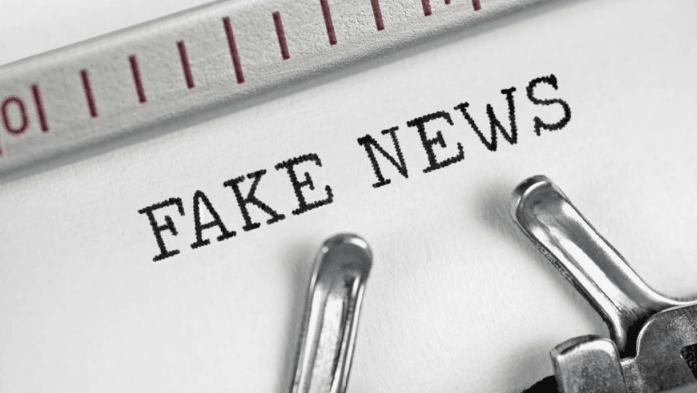 Launching the #PIJ campaign: 5 things you can do to support public interest journalism

Introduction by Croakey News team: Croakey is today launching a campaign calling for a cohesive and vigorous public response to the crisis in public interest journalism in Australia.

Using the tagline “Public Interest Journalism – it’s a health issue”, the #PIJ campaign will seek to rally the voices of the health sector and highlight the health implications of this crisis.

Still the inquiry raised important issues for people in the health and social sector, and all citizens, to consider at this time of fake news and with the business model of journalism under threat –  including making useful recommendations for reform.

These range from adequate funding for public broadcasters, the ABC and SBS (now being forced to justify to another government inquiry why they should continue providing free online news and catch-up TV when they are “competing” with commercial media players) to extending deductible gift recipient status to not-for-profit news media organisations who engage in public interest journalism.

Our aim with the campaign will be to build understanding of public interest journalism as a determinant of health. We want to highlight how healthy communities need a sustainable, vigorous public interest journalism sector capable of investigating stories that matter and holding governments and other powerbrokers, including vested interests like  the tobacco, food and pharmaceutical industries, to account.

Please join us at #PIJ on Twitter, and follow this link for ongoing news about the campaign: https://croakey.org/category/public-health-and-population-health/public-interest-journalism/

In the article below launching our #PIJ campaign, Louisa Graham, Chief Executive of the Walkley Foundation, talks about the costs involved in producing quality journalism, versus the fake news that we have seen influence voters in landmark polls including the US election and Brexit.

She explains how the Walkley Foundation, long-time convenor of the prestigious Walkley Awards for Excellence in Australian journalism, is broadening its scope to provide stronger support to quality journalism. She issues an invitation for Croakey readers to support the Foundation’s work.

Earlier this year, in an article titled “Fake news and distrust of science could lead to global epidemics”, Wired UK writers Heidi Larson and Peter Piot wrote about the ways online misinformation changes people’s beliefs and behaviours when it comes to health interventions like vaccination.

The year 2018, they point out, marks a century since the outbreak of Spanish flu, which killed 50 million people. They write:

“There was no digital communication then to disrupt – or aid – the outbreak response, but there were also far fewer health technologies available, while rapid spread of the virus by plane travel was very limited. In 2018, when we face the next major infectious disease outbreak, it will be a test of how well we use – or abuse – the technologies and knowledge we’ve gained since 1918.”

It is key, when looking at the ways the digital revolution has affected public interest journalism, and in particular health journalism, that we take into account both the uses and risks of digital news. Chief among the risks, perhaps, is fake news, which presents not just the issue of misinforming readers, but a business model that means fake news is able to outperform quality public interest journalism when it comes to reach.

According to an article about an MIT study into false news published in March by The Atlantic, “A false story reaches 1,500 people six times quicker, on average, than a true story does.”

Fake news is different to propaganda in that its creators only seek to have it spread as far as possible, regardless of the message. What makes fake news so hard not just to dispel, but to outperform, is the fact that the producers of fake news are able to make the most of what social media has to offer without having to spend any resources to ensure that stories are accurate. Their margins are low, in other words, and so they are better able to absorb the cut that social media platforms like Facebook take for stories.

Another New York Times journalist Alexandra Symonds wrote about the late nights and months of work involved in the coverage: “Mr. Schmidt and Ms. Steel took nearly eight months with the O’Reilly story; Ms. Benner worked for over a month on the Silicon Valley article; and Ms. Kantor and Ms. Twohey spent four months working on the Weinstein case. (That included, for several weeks near the end, a number of consecutive nights spent at the office until midnight or 1 a.m. Their editor, Rebecca Corbett, who heads The Times’s investigative projects desk, sometimes stayed even later.)”

While the Weinstein story relied on time-honoured reporting skills, one of the biggest impacts of the story was a direct example of what is good about social media and the digital age: people around the world shared their stories of harassment and assault, expressing solidarity, outrage, and everything in between, using the hashtag #MeToo.

So we know that quality, evidence-based public interest journalism needs a lot of resources, and affords a lot of opportunities for improving lives, while misinformation is cheap to mass-produce, spreads like wildfire and leads to harmful beliefs. We know too that sexual assault and harassment are health issues. The repercussions can have acute mental and physical effects. So therefore investigations and revelations are critical to health. So how do we fight back?

Here in Australia it is clear that false news and other online misinformation are a growing concern, as are other challenges of the digital era. The last year has seen a Senate Select Committee Inquiry into the Future of Public Interest Journalism as well as an Australian Competition and Consumer Commission Inquiry into Digital Platforms.

For over 60 years, the Walkley Foundation has celebrated and supported great Australian journalism with the annual Walkley Awards. This year we are going further to support quality journalism and improve public trust in the media.

Here are five things you can do at home and work to support public interest journalism:

Researchers at Cambridge University have developed a game that acts like a vaccine, administering small amounts of fake news in the hopes that it will increase your immunity to fake news: Play it here.

2. Educate your loved ones about online literacy

Media literacy is important for everyone, especially children, who are navigating the online world without the experience (and cynicism) of adults. While Crinkling News is no longer publishing its paper, the website is still full of kid-created real news that will get children interested in journalism that serves their interests.

It’s a great primer on the importance of public interest journalism. Likewise, if you have elderly relatives who aren’t computer literate, take some time to teach them to find news and to avoid the nonsense.

3. Seek out a range of voices

While journalists do a lot of things right, they have blind spots, too. As a reader – or writer –it’s worth keeping your eyes and ears open for the diversity reflected in the news you read. Whether it’s the byline, people interviewed, or the subjects of stories, news organisations owe it to the public to report in a way that reflects Australia.

In addition to this, there is the oft-mentioned bubble trouble. Social media curation means we’re told what we want to hear, but it is vital to get different perspectives. This doesn’t necessarily mean reading opinions you know you’ll fundamentally disagree with, but rather seeking additional perspectives on topics you’re interested in.

Check out @IndigenousX on Twitter, or subscribe to a literary magazine to learn how Young Australians see the world. Where possible, pay for news, especially from less well-resourced organisations whose work you find interesting, refreshing or useful.

4. Send a message to a journalist

Read a story that made a difference to your life, used interesting sources or was simply well written? Let the journalist know. Journalists are working under increasing pressure, and knowing that they’re doing something right helps them to keep at it.

It also shows them what resonates with members of the public they’re trying to serve. Get in touch on social media, or send them an email. Nobody ever gets sick of hearing that they’ve done a good job.

5. Make a donation the Walkley Public Fund for Journalism

We’re leveraging our reputation and position at the heart of the industry to build a broad funding base to scale up our programs and launch new ones, including a fully-searchable digital archive of Walkley-winning stories, a podcast that takes you behind Australia’s most groundbreaking stories, and a program of scholarships and fellowships for journalists.

We have set a goal of raising an additional $1 million by the end of 2019. Your donation will act as a catalyst for the next year of fundraising. We are determined to do our bit for Australian journalism, making it more robust and further-reaching than ever before. Every bit counts, and your donations will go towards programs that directly contribute to public interest journalism.

Read more about the work of the Walkley Fund for Journalism.