Lessons from a social media stoush 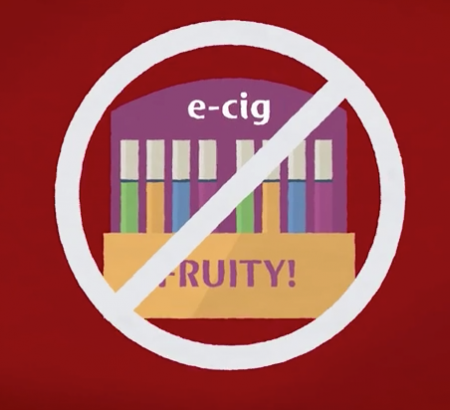 Many thanks to  Wendy Oakes, Senior Policy and Advocacy Manager, Heart Foundation NSW for this insight into using social media for public health advocacy.

Mentioning e-cigarettes on any public platform  can be a daunting experience. While social media is a potential tool for public health advocacy  the reality is that in the area of e-cigarettes, noisy, strident ‘vapers’ often  monopolise the discourse forcing many supporters of e-cigarette regulation into silence.

This article is a reflection on the Heart Foundation’s current experience with a YouTube video clip calling for regulation of e-cigarettes in NSW.

First some background. The Heart Foundation in NSW is currently implementing an advocacy strategy to persuade the NSW Government to regulate e-cigarettes under our existing State tobacco control legislation. With the recent State election on 28 March 2015, it has been an ideal time to drive our advocacy campaign calling for an amendment to NSW legislation to effect:

A ban on the use of e-cigarettes in public places where smoking is already banned.

We are not calling for a ban on the sale of e-cigarettes to adults in NSW nor would the amendments stop adult smokers from continuing to buy or use e-cigarettes as a replacement for tobacco products.

But what we have found is that the most vocal and frequent social media responders actually pay little attention to the particulars of our ask, framing most of their responses around 3 major themes:

For a charity, such a public attack on the good name of the organisation is always a concern. It was important before we started this campaign that we carefully considered all potential consequences and put in place risk minimisation strategies. This included ensuring that internal and external stakeholders – professional colleagues, donors and other supporters – were fully briefed about our position and were kept informed as the campaign progressed.

This meant that when the criticism first hit it was recognised for what it was by senior management and was efficiently dealt with by the Heart Foundation’s media team. Social media pages were consistently monitored and anything which was defamatory or irrelevant was removed. Further to this, anything that was incorrect was replied to with factual information and people were directed to our website for further information.

What is interesting is that there is a predictable pattern to most of these responses.

Amongst the most vocal and persistent negative responders there is little interest in the arguments underpinning our position and little effort is made to look at any of our supporting material. As other people have noted, most appeared to be located overseas and are fired by a ‘no regulation at any costs ‘agenda.

Disappointingly, while we have received many positive comments about the video from individuals via email, few are willing to make their views public. It’s understandable that people don’t want to subject themselves to the scorn dished out by some of the worst e-cig/vaping offenders but there is a risk that the vocal opposition run the playing ground if, through their collective power, they bully others to remain silent.

As health advocates we need to recognise that social media platforms can be an effective way to spread our public health messages to the increasing number of people who don’t read newspapers, rarely watch the TV news and almost certainly never read a peer-reviewed public health journal. It’s a challenge but one which we need to find a way to address.

Overall, the NSW Heart Foundation is pleased with the response. At the time I’m writing this (about 2 days after the video went live) we have had over 1,300 views with only 179 dislikes (13%). That’s roughly in line with a Newspoll survey we commissioned earlier this year which showed only 12% of respondents opposed a ban on sales of e-cigarettes to children. Conversely 80% supported a ban on sales to minors and 70% supported restricting the use of e-cigarettes in smoke-free public places.

So what is a way forward that allows us to use the reach of social media successfully without being swamped by the negative minority?

A skilled media team and strong leadership at the top are both essential components.

Our advocacy strategy on e-cigarettes has been 12 months in the making. It was based on careful consideration of available evidence, reference to colleagues and academics, and development of a range of tools, resources and key messages that was approved by a tight oversight group representing members of the NSW  Board, senior management and the media team.

Our team understands that to give our messages cut through we needed to use a vehicle that could convey our arguments in a clear concise way.  Using YouTube was a calculated risk because of the known danger of a deluge of criticism from vapers, but it is one we were prepared to make and would make again. You can watch the full video here.

PrevPreviousWhat are the challenges and priorities facing the new Primary Health Networks?
NextA list of five things to change the conversation about low value health careNext