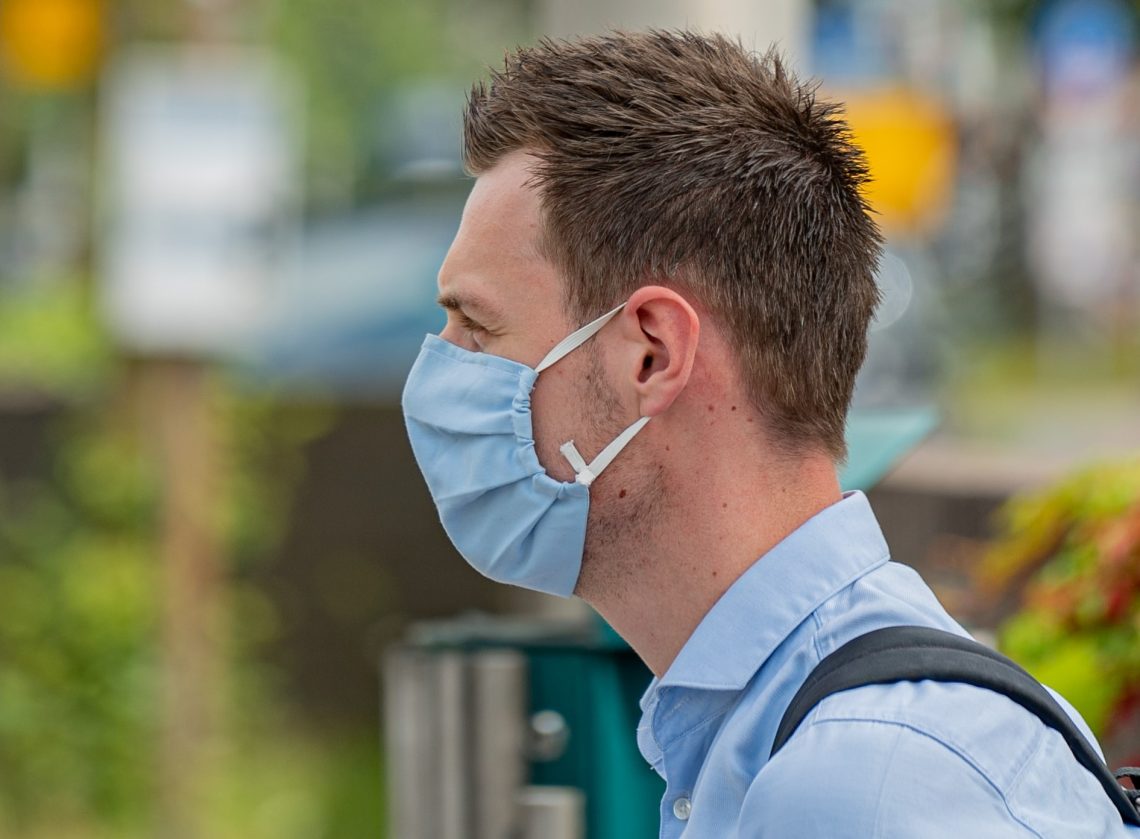 "The whole community was directly advised of the hot spots, with detail about their exposure risk updated each day," Photo by CardMapr on Unsplash.

As South Australia grapples with COVID cluster, some lessons from Shepparton

Introduction by Croakey: South Australia has announced a six-day, state-wide lockdown from midnight tonight in a “circuit-breaker” strategy to contain a COVID-19 cluster. The state had 22 confirmed cases in the outbreak, with a further seven suspected cases.

According to an ABC News report, SA’s chief health officer Professor Nicola Spurrier said the particular strain of the virus was breeding “very, very rapidly” and infected people were showing only minimal symptoms.

SA Premier Steven Marshall said the “extreme” measures were designed as a “circuit-breaker” to curb the outbreak.

“We’re going hard and we’re going early, time is of the essence, we cannot wait to see how bad this gets,” Marshall said.

The news comes as a regional Victorian community is reflecting on its own close call with COVID-19. In mid-October, the Shepparton community was alarmed when a positive case of COVID-19 was identified, followed by two further cases. Fearing a second wave, community leaders teamed up with State Government services to mount a swift, co-ordinated response.

Here, Claire Grealy, a freelance social impact specialist, outlines the key lessons from the successful program and notes that the imminent arrival of the fruit-picking workforce to the Goulburn Valley will present a further challenge to the community.

During October, one of the strictest lockdowns in the world continued across metropolitan Melbourne. Meanwhile, in regional Victoria schools were re-opening, and communities were enjoying the easing of restrictions that made life just a little more normal.

Although we continued with masks, distancing and hygiene we grew more confident that each day’s numbers reflected that public health measures were holding the virus at bay.

In this context, the positive coronavirus case in Shepparton on 13 October, followed quickly by two linked cases, caught everyone’s attention. Unknown to anyone, the virus had already been in Shepparton for two weeks.

We don’t yet know why only three people — who together had 400 close contacts — became infected with the virus. Nor how the spread was contained in those critical 14 days between a COVID-positive person visiting Shepparton and the first local diagnosis.

What we do know, however, is that the 14-day period activated an unprecedented response of communication, tracing, testing, quarantining, and preparing for what could have been a rolling contagion across a regional city of some 70,000 people and its surrounding towns.

There’s talk of formal debriefs and documenting the lessons learnt, and that will no doubt come in time. But already clear, is what an effective public health response to a pandemic looks like in a regional city.

A previous outbreak in Shepparton of 23 cases was managed from Melbourne, when new daily case numbers in Victoria were upwards of 700.

In contrast, from the first positive case on 13 October, leaders from all the critical services convened twice daily to plan, manage, track, respond and adapt in real time.

This Incident Management Committee, led by the Department of Health Human Services (DHHS) Victoria in partnership with the regional health service, Goulburn Valley Health, had one priority — to get on top of the outbreak. This meant leveraging every network and relationship.

A second group of service providers, who had a focus on addressing community needs, also met, with communication flowing freely between the two teams.

Lisa McKenzie, Executive Officer at Greater Shepparton Lighthouse described the first response as “quite modest – a sense of supporting each other”.

“It felt much more powerful when all the institutions swung into action in a mandated way,” she said. “We needed both.”

For local agencies, being invited to the table with the Government and local leaders was the most notable difference. Resourcing, problem solving, information flow and responsiveness were all expedited. And on day one of testing, the value of partnering became evident as the community responded in large number to the call for testing, initially overwhelming the capacity of the hastily set-up testing centres.

That first day was described by many as challenging and requiring rapid responses to each emerging issue.

Social distancing not happening in the queues? Volunteers and police were sent to remind and monitor people waiting to be tested.

Lines are long in the warm sun? Water and fruit were dispatched.

Hot day forecast? Plans for shade and seating were put in place.

Testing sites overwhelmed? Set up more in other locations.

Kaye Thomson, Director of Community and Municipal Emergency Manager at Greater Shepparton City Council (GSCC) put it this way: “We all just decided to say ‘yes’. Whatever is asked of us, say ‘yes’.

We threw every resource we could at it. We’re an emergency team that doesn’t work in emergency every day. In a pandemic we had to learn as we went — but not be afraid of that. Find the best solution and keep going … step forward.”

Linking the tracing teams to the local health services closed an otherwise risky gap in information flow, with local knowledge immediately at hand. And bringing the Commonwealth-funded Respiratory Clinic online in that critical week for Medicare Benefits Schedule-funded asymptomatic testing meant the messaging to the community about where to go could be streamlined and simple: everyone eligible for every site.

The logistics in planning and delivering an event for several thousand people can be months in the making.

The Shepparton system stood up an event for 7000 people in 24 hours, and adjusted and improved arrangements hourly.

In the first outbreak, communication went through the usual channels, with each agency or group doing their best to reach their community.

Rumbalara Aboriginal Cooperative’s CEO Felicia Dean said: “Everyone dealt with [it] in their own way — followed the advice and directions that were coming from Melbourne, from DHHS.”

This time, they were at the table with access to better information and better resourcing, and where everybody brought with them a shared determination to work together and to move fast.

As contact tracers at DHHS and Goulburn Valley Health’s Public Health Unit worked quickly to determine the primary and secondary contacts of the three people at the centre of the outbreak, the risk of undetected spread required a call to action to the whole community.

This meant reaching into every pocket of Greater Shepparton: the Aboriginal community, which is the largest outside of Melbourne; the ethnic communities; the areas doing it tough before the pandemic and even tougher now; and the young people without obvious connections to public health messaging.

Suzanna Sheed, Independent Member for the Shepparton District, was in Parliament when the Minister for Health informed her of the three positive cases. This was the same day the Opposition moved an unsuccessful vote of no confidence in the Premier.

Sheed said it was essential that all community sectors were involved in the response to ensure messaging effectively reached into every community. “Rumbalara [Aboriginal Cooperative] was on board, the Ethnic Council, local government … [and then] getting word out as quickly as possible and get testing back as quickly as possible.”

A great example of this rapid mobilisation was the use of GSCC vans as mobile information hubs, with City Council and Ethnic Council people teaming up to go direct to local communities. Knowing where to go, who to speak with, and how to answer questions, while providing masks and sanitiser, and prompting people to be tested, achieved the required result.

Kaye Thomson of GSCC reflected that this strategy — going into community, answering questions, dispelling myths and rumours — meant people understood the messages and trusted the testing.

In addition, the whole community was directly advised of the hot spots, with detail about their exposure risk updated each day, down to dates and times at each hotspot location.

The urgency was evident to Matt Jones, CEO of the Murray Primary Health Network.

“Having the delay [of over a week since the driver was in Shepparton] there was no time to waste, for contact tracers alone to determine who might be affected,” he said.

Jones also noted that going straight to the community with the facts avoided the speculation and risk of complacency that can arise when people may think they are not at risk of exposure to the virus.

The call to action also benefited from the timing. People had seen the spread of coronavirus in Melbourne, and knew what was at stake.

McKenzie said people were motivated by an obligation to “act on behalf of all of the state”. She said a sense of altruism prompted community members to respond in an inspiring way.

Local leaders at the table

The locally co-ordinated response benefitted greatly from the capability of local leaders and the local service systems.

And people invited to the decision-making tables saw the value in this co-operative approach.

Felicia Dean of Rumbalara described the feeling as being “a part of a broader community response”.

“Prior to that we were the little Aboriginal organisation just following directions and doing it,” Dean said. “[The second time], we felt we were contributing more broadly to a bigger response —and that felt more positive.”

The benefits were tangible. In the second outbreak, Dean informed the Incident Management Team daily of Rumbalara’s testing activity, whereas previously their data went out of town, to DHHS and to the Kirby Institute, contributing to a research project. Contact tracing involving Aboriginal people was also enhanced.

We were able to really highlight opportunities and if [the contact tracers] needed support to do any tracing, we were able to assist with that,” Dean said.

The local ‘voice’ of the second response also made a difference. CEO of Goulburn Valley Health Matt Sharp became that trusted local voice.

McKenzie said it was “imperative that information was coming from a trusted local source”.

Jones agreed, observing that Goulburn Valley Health was the “central single point of truth to the community and the health system”.

Ultimately, the capacity to respond to a full scale outbreak wasn’t tested, because the spread was so effectively contained. Whether this was the viral load, or highly effective hygiene practices, or good luck isn’t yet known.

For the people thinking ahead to a large-scale impact, there have been some important reflections. Central among these is the need for a link between COVID-19 testing and primary care. One idea is for testing sites to collect details of your local GP (when there is one) and seek consent to provide your test result to them.

‘The pandemic isn’t over’ was a common observation, with further outbreaks possible. The recent experience has built trust between people and services, and shown what’s possible when everyone steps up, does their bit, and more.

And this region’s next COVID-19 containment challenge is imminent, with the arrival of the seasonal fruit picking workforce.

PrevPreviousFrom climate change to COVID, the media crisis is a health hazard. Here are some opportunities for change
NextLandmark mental health report urges reform. But we need more than Band-AidsNext