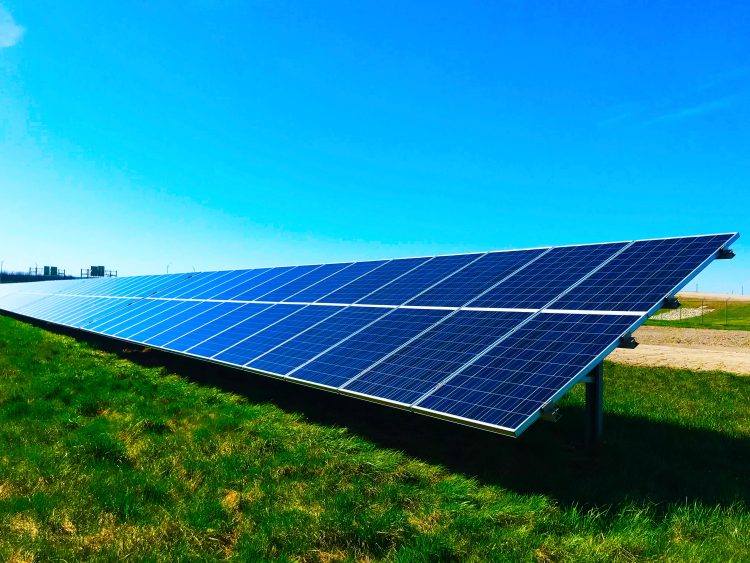 "The South Australian story provides hope in a country where climate denialism is still rampant." Photo by Chelsea on Unsplash.

Introduction by Croakey: As the European Union last week unveiled its expansive climate change package, Australia continued its race to the bottom, ranking dismally in a global climate and health scorecard.

The result came as the UK’s Institute for Public Policy Research published a new report ‘Fairness and Opportunity: A People-Powered Plan for the Green Transition‘ noting the importance of putting people at the centre of a transformation that is “rooted in fairness”.

“A successful transition means that people must be at the heart of the policy-making process, and those most affected by change must be the ones to shape it,” the report states. “This approach not only builds deeper and broader public support which can endure short-term cycles but also … [delivers] better and and fairer outcomes too.”

The report’s authors add that this is a “profound moment of change”:

The effects of COVID-19 have brought into sharp relief the government’s prime responsibility to keep the public safe from major shocks, challenges and threats to our society. It has also reminded us of the scale and speed at which governments can act when the true nature of an emergency is recognised.”

All hope is not lost for Australia. As Professor Fran Baum and Michael McGreevy of Flinders University write below, South Australia’s impressive renewable energy transition shows that Australia does have a path forward to achieving zero net emissions by 2050. This article was first published in Pearls and Irritations.

South Australia underwent a significant renewables transition under successive ALP governments from 2002 until 2018.

In 2002, SA generated its electricity locally from brown coal and gas and imported around 30 percent of its annual needs from Victoria where brown coal production dominated. There was no production from renewables.

Jump to 2018, when the ALP lost office after 16 years, and the state was generating 52 percent of its electricity from renewables with the remainder from natural gas, with three percent of net annual production being exported east.

Leading up to the 2018 election, which they went on to win, the Liberal opposition, in concert with their Federal colleagues, attacked SA’s renewables transition claiming it was responsible for the state’s comparatively high electricity prices and blackouts that hit the state in 2016 and 2017. One of which induced Scott Morrison to infamously brandish a lump of coal in parliament and pun that South Australia under the ALP’s renewables policies had entered the ‘dark’ ages.

The state was hit by blackouts including one that affected the entire Adelaide metropolitan area. Thus, in the lead up to the 2018 election, the ALP had a policy to increase its independence from the National Energy Market and grid, which it argued had caused one blackout.

Its policy of self-reliance entailed a renewable energy target of 75 percent by 2025, increased battery and pumped hydro storage, and new instantaneous gas-fired generation as a backup. It also supported via an advanced purchasing agreement, a private solar thermal plant at Port Augusta able to store energy as molten salt.

In comparison, during the run-up to the election, the Liberals emphasised the need for lower costs and increased reliability. Their policy commitments included improved management of existing and future renewables, and grant subsidies for households to adopt battery storage.

However, the major policy difference between the parties was a push by the Liberals for greater integration into the national system by fostering the construction of a new interconnector into NSW, with the rationale of gaining access to its cheaper coal-generated power.

From critics to champions

The Liberal Government was confronted with a well-established renewable energy transition with dozens of proposals for new renewable generation and storage on the horizon. A transition so entrenched it would have required legislation to halt it. Faced with this reality, the new government gradually became champions of the renewables transition themselves.

Fortune also shone upon the new government, wholesale prices for electricity fell and became the lowest nationally in 2020, even as the proportion of electricity generated from renewables continued to rise and reach 60 percent that year. This price drop was a result of household solar forcing down daytime prices and lower gas prices; not better management or policy changes.

In line with the new attitude, the yet to be constructed but promised interconnector metamorphised into an opportunity for the state to export excess renewables east and help build renewable capacity in the state.

Although difficult to substantiate, the long-time government proposal to construct the interconnector potentially affected the long-term viability of proposed hydro storage and the solar thermal plant, leading to their shelving. This action has likely delayed SA reaching 100 percent renewables and therefore using the national and global kudos from this for economic advantage.

Excess capacity is to be used for transitions in the transport, manufacturing, and agriculture sectors, to attract new sustainable industries, and for export via interconnectors interstate or internationally as green hydrogen.

On the other hand, while the Labor Party opposition is very quiet about the planned interconnector, it too has a 100 percent target for renewables by 2030. As a point of differentiation from the Liberals, the ALP is also proposing a government-owned 250 MWe green hydrogen production facility to attract green manufacturing, provide peak electricity generation, and facilitate hydrogen exports.

The South Australian story provides hope in a country where climate denialism is still rampant among the Federal Liberal-National Coalition government.

The transition can happen and does not result in the “dark ages” forecast by Prime Minister Morrison but rather reduces costs and contributes to Australia achieving zero-net emission by 2050.

The transition also sends a global message that there are actors in Australia who will be able to hold their heads up high during the UN Climate Change Conference (COP 26) in Glasgow, and demonstrate that we don’t all have our heads in a coal mine.

Professor Fran Baum is a Matthew Flinders Distinguished Professor of Public Health and Director of the Southgate Institute of Health, Society and Equity at Flinders University.

Dr Michael McGreevy is a Research Associate at the Southgate Institute for Health, Society and Equity at Flinders University.
This article was first published in Pearls and Irritations.