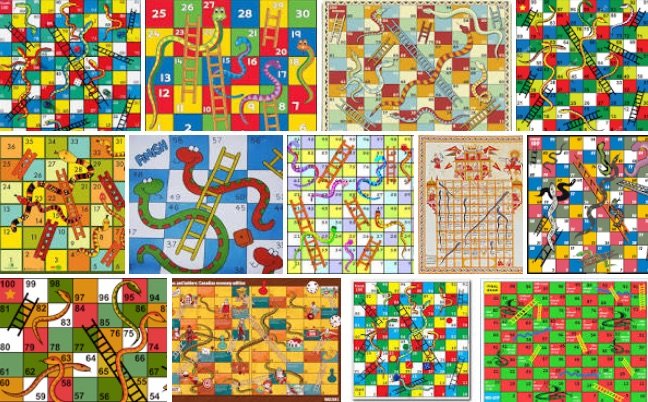 In the waiting lists game, it is not always clear who are the winners and losers...

Lessons from the gaming of waiting lists: reform is needed

An audit is examining whether Victorian health services have been deliberately manipulating elective surgery waiting lists, according to news that broke just before Christmas.

Whatever the findings of the investigation, the notion that waiting lists might be gamed is hardly news. See, for example, this essay by a cardiologist investigating some of the ethical complexities in US healthcare systems, Should Doctors Game The Transplant Wait List To Help Their Patients?

In the article below – the latest in the #TalkingTeeth series – University of Western Australia academics Professors Marc Tennant and Estie Kruger share some of the “management strategies” for waiting lists in dental and general health services that they’ve observed over the past 25 years.

Greater transparency and public understanding of the realpolitik of waiting lists as well as some systemic reforms might lead to better outcomes for patients and society more broadly, they suggest.

Waiting list clerks sit at the interface of two competing visions of what waiting lists really are.

On one side, patients see them as “when is my turn coming to get the care I need?” On the other side are the darker, more clouded drivers of health organisations.

Let’s not be naïve; for an organisation, a waiting list has all sorts of “opportunities” that can be exploited.

Before we continue, a disclaimer. We acknowledge that waiting lists actually represent pain, suffering and delay for patients and, in some cases, death.

This is the reason we came to write this article, which aims to advance waiting list management and transparency, not to do harm (which is why the anecdotal stories presented below, based on fact, have been modified to protect people and reputations).

So let’s take the first perspective of a waiting list – the patient’s view.

When our name goes on a waiting list, our expectations include: orderly removal (i.e. last on, first off); to be kept informed; for our health to not deteriorate during our wait; and the answer to the obvious question of “How long will I wait?”

We imagine what such a list looks like – a book with names in it, “new” names added to the last page, and appointments given to those from the first page. Simple and fair.

But is that really what we actually should ask for?

Let us pose a theoretical scenario; let’s imagine you have a condition that, according to expert opinion, will not get worse for 6-12 months (dependent on some variable), then will get irreversibly worse by 10 percent per month for patients with some confounding factor, and after 15 months these people will never walk again. That changes your whole perspective on what a waiting list should be. For some people there is no point in a 20 month waiting time.

What this scenario points to is the role of dynamic wait lists. These are lists that every day are “re-ordered”, based on predicted risk or health implications.

But is that queue jumping? No. Those in greatest urgency of need should always be prioritised and moved up the queue. Think of the triage desk at an emergency department – queue jumping (prioritising) is actually lifesaving.

And back to the original question: How long will I wait? The answer is so much more complex in this dynamic waiting list scenario.

Dynamic waiting lists are state-of-the-art, evidence-based systems and need expert management, good data, and predictive health models. This is not the book-and-pen type of system.

Now, for the organisation’s perspective on waiting lists. This gets tricky, as there are goals here that are not aligned with patients’ or even society’s goals.

How long will I wait? The answer to that question depends on how many are on the list, and how fast they are being removed, for a traditional book-and-pen list.

But, predicting how fast patients will be removed depends on many factors. Do we have staff and facilities to provide the care? Yes, today we have 10 dentists, but next month seven have left for private practice, so we have to halve the rate we take patients from the waiting list. All of a sudden, it is a new ball game for everyone on the list, even those you have told how long it is going to be.

It is even worse in tiny disciplines where there are only one or two practitioners – if they leave and zero patients are taken off the list, that immediately means the waiting time just jumped to infinity.

And then there are the other drivers. CEOs might want more resources coming to their service – “I want to be “important and big”.

Below are some strategies from the waiting list clerk’s playbook.

1. Create a “crisis”
A service can reduce the number of patients they take off each week so the list grows, and the funder can then be informed that a waiting list crisis exist, perhaps through the local newspaper or other public media. As this scenario unfolds, generating headlines that create heat for politicians, bureaucrats and administrators, more resources are usually forthcoming. But, was this strategy the best approach for patients? Or, was it the simplest quick fix to grow a service profile?

2. Whatever it takes to meet key performance indicators (KPIs)
An organisation’s KPIs for a given year might include reducing waiting times. That’s easy; just change the inclusion criteria, or make a new list (not a waiting list in the normal definition, just a list), but essentially this is a list to wait for the consultation to get onto the formal waiting list. All of a sudden, the additions to the formal list plummet. KPIs are met; resources flow in. But the “lower drawer of the filing cabinet” list for consultations grows topsy.

3. Encourage out-dated lists
Imagine your waiting list is three years. Many of the people on the list will have moved, found care elsewhere, or vanished. So without regular “cleaning” of the list, you have a list that looks long but, in reality, when you ask patients to come for care, the mail is “return-to-sender”. This is especially useful if you are reporting the length of time the last person on the list has waited.

4. Divide and conquer
Waiting lists can be divided by localities, Clinic A, Clinic B etc. If you are looking to get resources to Clinic A (e.g. a nice new building or similar), dividing up the waiting list is an excellent strategy. The waiting list at Clinic A can grow to levels where complaints and public disclosures make it untenable to do nothing, while Clinics B, C and D continue as per normal or even reduce waiting times. Yes, de-centralisation/splitting is used regularly; another secret of the waiting list clerk.

5. Reporting statistics
Always worry if an organisation provides waiting list data for clinics, only if you “ring-up”. A move to non-transparency is often a signal, as is the move to using “mean” as a reporting yardstick. Waiting lists are almost never normally distributed, so “mean waiting time” is a skewed measure. In fact, with the commonest distribution of waiting lists, mean will always exaggerate the report. Tip to Minister’s office; if you are being given mean waiting times – investigate now!

How best to respond?

Now that we’ve had a look inside the waiting list clerk’s playbook, the question arises: what should we do with waiting lists?

First and foremost, waiting lists should not be the purview of a local health organisation.

Sure, they are the provider of care and the contributor of names to waiting lists, but the processing and management of waiting lists should be centralised to an independent body, not linked to providers or funders.

At a central waiting list organisation, the evidence-base can be applied and maybe, where applicable, dynamic waiting lists and such innovations can be implemented independent of the external pressures.

Similarly, central waiting list systems can ensure continuous waiting list management; for example, “cleaning” to remove people who have sought care elsewhere, and those who have left the jurisdiction etc.

They can do all this in an orderly and regular manner to maximise the quality of the waiting lists. And lastly, and most importantly, they can provide flexibility, offer patients on lists opportunities to travel to have speedier care elsewhere – to eliminate “divide and conquer” tactics.

Clearly, an independent central waiting list system can provide transparency and reporting at levels not possible across multiple providers and would be expected to be a system cost saving through scale. Each provider would not need resources for waiting list management.

Waiting lists are a fact of life in health systems; they are neither bad nor good but need clear, independent management, to be focused on the patients’ best interests.

The days of the waiting list clerks’ playbook needs to be brought to an end.

• Professors Marc Tennant and Estie Kruger are from the International Research Collaborative – Oral Health and Equity, Department of Anatomy, Physiology and Human Biology, The University of Western Australia.