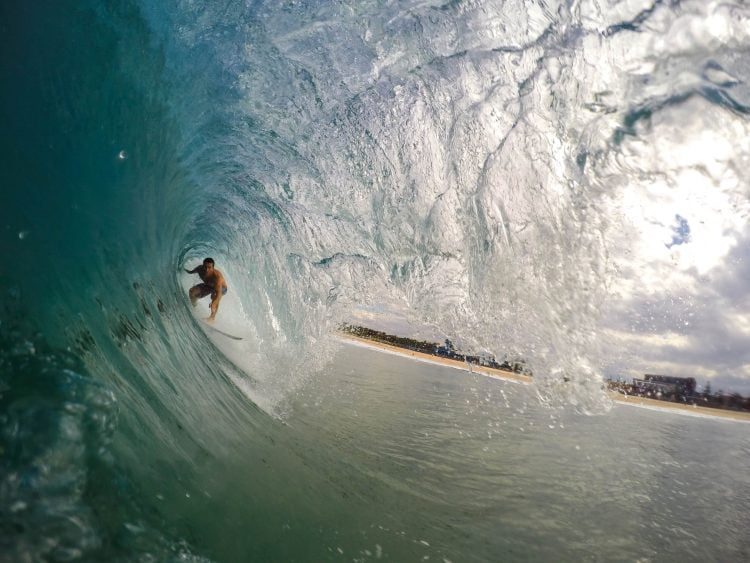 It's time to end the 'let it rip' mentality on the environment to urgently address the climate emergency. Photo by Jeremy Bishop on Unsplash

Introduction by Croakey:  We hear a lot about the ‘let it rip’ approach in relation to COVID-19 but Australia has used this strategy with our climate since the early days of colonisation. Within two centuries precious ecosystems cared for by Indigenous peoples for tens of thousands of years had been destroyed or damaged.

In the article below, originally published in Pearls and Irritations, Professor Melissa Haswell, Professor Lisa Jackson Pulver and Emeritus Professor David Shearman warn that continuing inaction on climate “is driving a much larger peril”.

Based on endless COVID testing lines, frustration, sickness and fear, many Australians are facing stark reality of governments acting profoundly on their lives without careful planning or an understanding of the risks or consequences. The most critical challenge is to deeply reflect on how this approach has shaped Australia’s greatest failures and to unite behind a changed course for our collective future

The phrase “let It rip” is widely used to describe the nightmares of 2021/2022 Christmas and New Year’s “shambolic mess” of COVID. Ignoring all warnings, the “bold” moves taken by New South Wales to open up and dismantle proven public health protection measures, even as the unknown and extremely contagious Omicron variant reached Australia, have maximised anxiety, confusion and sickness in the population and overwhelmed an already exhausted health care system. The loss of safety is exacerbating economic disaster for businesses as people take isolation into their own hands, creating their own “shadow lockdown“.

As shocking and consequential this experience has been, Australia’s “let it rip” mentality is deeply ingrained in the nation’s past and, through climate inaction, is driving a much larger peril.

In the remarkable film Kanyini, highly respected Aboriginal elder, the late Bob Randall, describes colonisation as a relentless drive for power over Indigenous ways of being and doing in order to take lands and resources.

The devastation of this “let it rip” mentality was formally let loose in a declaration by Governor Lachlan Macquarie in 1816, stating:

I have this day ordered three separate military detachments to march into the Interior and remote parts of the colony, for the purpose of punishing the hostile natives, by clearing the country of them entirely, and driving them across the mountains … hanging up on trees the bodies of such natives as may be killed on such occasions, in order to strike the greater terror into the survivors.”

As a result, within two centuries, thriving ecosystems of Australia nurtured by tens of thousands of years of Aboriginal custodianship built on deep connection and ecological knowledge are transformed into severely degraded rivers, reefs and landscapes and one of the world’s highest extinction rates.

That few Australians contemplate these realities and demand real reparation from their nation’s treatment of her First Peoples, reveals the power of politics to entice most to live in comfortable bubbles. The current Defence Minister Peter Dutton, who has wielded enormous power since 2001 within party and government, was among a handful who boycotted the monumental Apology to the Stolen Generations.

We can now see the consequences of “let it rip” on COVID are just the trailer for a horror movie of planetary consequences of the government’s unwavering appetite to “let rip” the consequences of rampant fossil fuel expansion on our climate. In just 40 years, this singular human activity has been undoing billions of years of nature’s diligent carbon sequestration that stabilised carbon dioxide levels and the climate, placing us in danger of uncontrollable global warming.

While the world cried out for responsible emergency action to end fossil fuels and transition to a new green economy as a way forward from COVID, the Australian Government decided to champion a “gas-fired recovery” with vast expansion of offshore and fracked gas extraction capacity across five new gas basins. Perhaps not surprisingly, the first basin prioritised for development is the Beetaloo Basin  under the traditional Lands of many Aboriginal nations in the Northern Territory who bitterly oppose the development.

Australia’s presence at the UN COP26 Climate Change Conference in Glasgow, proudly headlined by gas companies, left little doubt that Australian leadership lacks even a vague sense of what massive new gas developments and climate change mean for export markets, the global economy nor the health and wellbeing of the average Australian.

The consequences of “let it rip” on climate change are already harming people every day. From Australia’s own horrific 2019/2020 bushfires and other massive infernos, to deadly floods, mass coral bleaching and extreme heat waves – few Australians doubt that our world is rapidly becoming a more dangerous place.

What might remain less obvious is the ongoing misery of the victims – for example how those still living in caravans two years after the 2019/20 fires describe feelings of abandonment and “bureaucracy-induced trauma” from the struggle to re-gain losses. More broadly, moral injury promoted by denial of government responsibility for environmental injustices causes widespread harm, particularly experienced by Indigenous and young people in Australia and globally.

Indigenous Australians are fully aware of what it means to have no safety net as climate change is already exacerbating exposure to heat waves, other extreme weather events, infectious diseases like rheumatic heart disease, diabetes and social, emotional and spiritual distress.

Perhaps we can and should consider the current Government’s arrogance and policy vacuum on climate change, summarised by Resources Minister Keith Pitt – “Australia will keep selling coal for as long as the world keeps buying it” – as a declaration of unofficial war akin to Macquarie’s in 1816. This war pits those using power to prioritise fossil fuel expansion against the rights and needs of current and future generations.

This “war” cannot be lost. We have knowledge, innovation and choice to change course – all we lack is realignment of power. The Intergovernmental Panel on Climate Change, the International Energy Agency, NASA and the Australian Energy Market Operator (AEMO) have made it clear that carbon emissions – most importantly gas, oil and coal production and burning – must enter freefall without delay.

AEMO and multiple industry supporters have nominated its rapidly-transforming Step Change plan dedicated to rapid renewable transition as the most likely, economical, safe and beneficial scenario for Australia. The National Electricity Market is preparing for “whole of system” change through the 2022 Integrated Systems Plan. Australia’s export partners are bound to see the same writing on the wall – gas, coal and oil must go for financial reasons and for the benefits of not wrecking people’s health or the Earth’s climate stability.

“Let it rip” COVID can be a turning point awaking all Australians to the links between the consequences of careless “she’ll be right” policy causing mass disruption in testing lines and health services with what “let it rip” on climate change means to everything we know, love and cherish.

No, she won’t be right unless we address the serious unfinished business of healing the recklessly squandered ecosystem services through true reconciliation and empowerment of Aboriginal and Torres Strait Islander people’s leadership capacities at the forefront of environmental healing and climate action.

The upcoming election in 2022, arguably the most important ever, gives all Australians the opportunity to demand their candidates to act maturely, intelligently and urgently to right these wrongs.

Australians are ready to reclaim an identity as a responsible and intelligent nation thriving in harmony in a new and safe economy, eliminating the “let it rip” mentality, filling the eight-year policy vacuum on climate change, supporting our Pacific neighbours and proving that we are neither bumbling laggards, nor climate criminals. Many hope the growing Independent candidate movements will spur the change we urgently need.