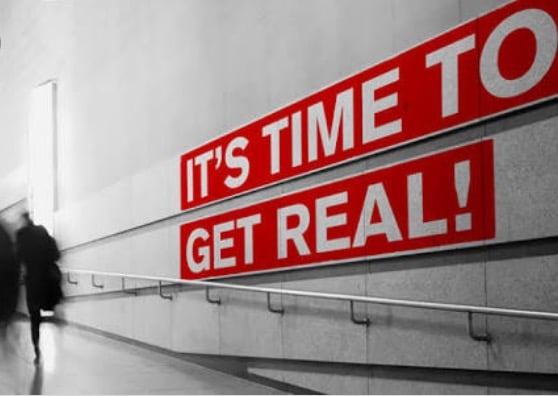 Let’s Get Real about Funding for Mental Health

Launching a report that estimated the true cost of supporting people with mental illness, then CEO of beyondblue, Kate Carnell was quoted as saying, “It shows that the issue is not how much is being spent on mental health, but how the money is being spent.”

Dr Sebastian Rosenberg, Senior Fellow at the Centre of Mental Health Research, Australian National University, argues that this is a false dichotomy. In the post below he says it’s time to get real and recognise that our mental health system needs both a re-design and a boost in funds – once we agree on what we want from it.

In response to a question about funding for mental health, Minister for Health Greg Hunt recently stated that mental health is a “universal challenge” for Australia and could expect to be considered for funding at each Federal budget.

At the same time, some have suggested that mental health’s main problem is not with the total amount of funding but rather how it is allocated. But is this true?

The level of funding provided for mental health in Australia has been considered as part of many inquiries and reports.  It has been a common feature of the 32 separate statutory inquiries conducted into mental health between 2006-12 alone.  Most of these investigations have concluded that Australia’s mental health system is under enormous pressure, under-developed and under-resourced.

Australia’s nine governments have just signed up to the nation’s 5th National Mental Health Plan.  Following on from the 2014 review of the National Mental Health Commission, the Plan sets out an ambitious agenda for change, with responsibility largely falling on each Primary Health Network (Federally funded) to work in cooperation with their local health district (funded by the States and Territories).  It is timely to consider the current funding picture for mental health in Australia.  Does it give people working in the system a realistic platform to drive the reforms set out in the Plan?

The rate of growth of spending by the Federal government is almost twice as fast at 3.6% per year on average.  This is fuelled largely by Federal Medicare spending on services provided by psychologists under the Better Access Program.  Medicare spending on this Program has climbed year on year since its introduction in 2006, increasing on average by 7.7% each year since 2010-11.

In 2014-15, Medicare spending on psychology services was $474.5m, or $9.1m each week.  While Australian Bureau of Statistics surveys indicated little or no change in the rate of public access to mental health services between 1997 and 2007, more recent data indicates spending on the Better Access Program may be having a positive impact for some in the community. Considering this level of investment, in an area where resources are scarce, we know very little about the impact of this spending with only one formal evaluation conducted in a decade and several critiques.

Growth in non-government mental health services has been modest, rising from 8.8% of total mental health spending to 9.6% between 2010-11 and 2014-15. These services were always a peripheral element of Australia’s mental health service landscape, which remains hospital-centric and fragmented. Australia has largely failed to invest in service alternatives to hospitalisation, certainly not to the scale necessary.

This leaves our mental health workforce perpetually under pressure, focusing on providing care to people only once they are extremely unwell.  This is akin to treating breast cancer only once the lump is too big to ignore.  This creates a challenge to make mental health a place where health professionals wish to work.

To summarise, government mental health spending has been increasing overall but very slowly.  Where increases have occurred, they have been largely driven by Federal spending not the States and Territories.  The result is that apart from Medicare-funded fee for service care, Australians have few alternatives but to go to hospital for mental health care. This is a narrow and poorly organised response to the broad challenge of contemporary mental health system design.

Minister Hunt referred to several welcome initiatives, involving tens of millions of dollars to be spent over several out-years.  However, the scale of unmet need for mental health, particularly by certain demographic groups, means that these announcements could be seen as tinkering around the edges of large and complex problem.

In announcing his multi-billion dollar Council of Australian Governments mental health reform package in 2006, then Prime Minister John Howard stated there could be no quick fix.  Enduring political and financial attention was necessary.  We need a dual approach now.  Arguments around allocative efficiency and system design are vital, particularly given our current hospital-centric approach.  It would be a mistake to simply put more money into mental health as it is currently configured.  It is time for a fundamental discussion about the way we want our communities to address mental health and respond to mental illness. This will need a realistic assessment about the level of resourcing necessary to drive a safe, quality system.

PrevPreviousIce psychosis: what is it, and why do only some users get it?
NextAs Medicare turns 34, here’s a blueprint for the next steps in healthNext