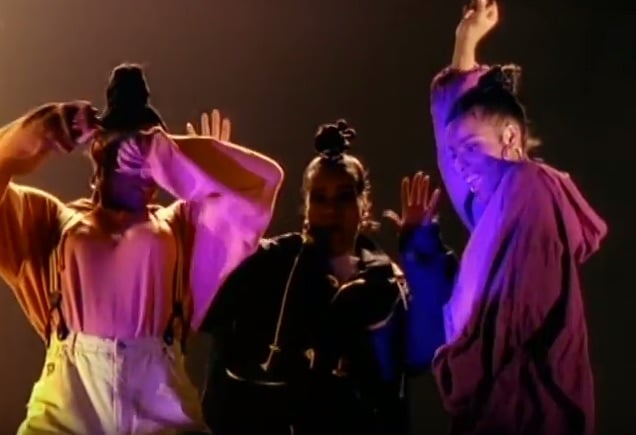 Image from Salt-N-Pepa clip: Let's talk about sex. (Watch in full at end of article)

It’s not known about, it’s not talked about, and it should be seen as more important in the mental health space.

That was the message of a candid forum on sex and intimacy at a recent mental health conference in Sydney – the annual TheMHS conference.

The session, which kicked off with a rousing all-in rendition of Salt-N-Pepa’s Let’s Talk About Sex led by chair John Downie, delved into the too often unspoken-of intersection of mental health and what the conference organisers dubbed “warm human contact”.

Downie, formerly a mental health nurse, said sex was a major taboo for both people working in and those in contact with the sector.

There was a long history of sex being linked to ‘perversion’ and mental illness and Downie said current clinical approaches were all about risk avoidance, rather than viewing physical intimacy as something positive and necessary.

According to data from one consumer survey, Downie said 76 percent reported having no one in their lives that they would consider a carer. Up to 52 percent of those in contact with the mental health system ever married, and 30 percent of those who did divorced.

Lack of intimacy was rated sevent in the top unmet needs for consumers, yet Downie said the research in this area was scarce and narrow in focus and clinicians simply didn’t have the conversations.

“Most of the literature regards sexuality and intimacy as something that you should worry about when you are well,” said Downie.

“It’s not talked about, it’s not known about,” he added. “It should be more important but it’s seen as ‘not my job’.”

Suzanne Leckie from SANE Australia presented research sparked by a comment on one of SANE’s chat boards asking whether anyone had talked to their treating team about their sex life. It unleashed a wellspring of responses.

Leckie, a psychologist, said she realised she had never asked a client about sex because “I didn’t think I had any answers”.

Professionals “partitioned off knowledge” and didn’t feel qualified to inquire about such matters because “I’m not a clinical sexologist so I better not ask”.

After the message board moment Leckie said she decided to launch an online survey to test the waters on this issue, thinking “if I get 50 responses that would be great.”

More than 2,000 people completed the survey. 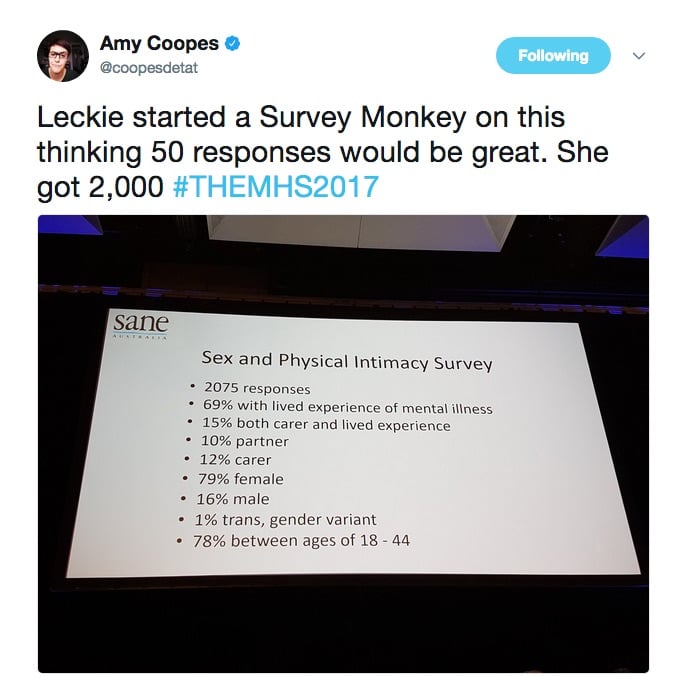 Three-quarters of respondents said their mental health had affected their sexual and non-sexual intimacy, detailing experiences of stress, guilt, anxiety, avoidance, disconnection and withholding or withdrawing. Eighty percent said it had affected their relationship.

Contrary to the orthodoxy that adverse effects of psychiatric drugs were most often to blame, Leckie said this issue was well down the list of causes. Instead, 69 percent attributed it to their condition, 67 percent blamed poor self image and 42 percent nominated previous trauma. Medication side effects were a factor for just 35 percent of respondents.

Of those surveyed, 55 percent said they had raised the issue with their treating team and only 21 percent of these reported being happy with the outcome.

For those who didn’t raise the issue, some of the reasons offered were embarrassment, shame, lack of trust and that it wasn’t a priority, or a “luxury I can’t afford”.

“Staying well for many meant sacrificing this area of their life,” said Leckie.

Only a third of those surveyed said they wanted help with this issue, with a similar number reporting that they had found workarounds such as medication vacations and relaxation techniques.

Stigma in the clinical relationship came through as the strongest barrier for starting these discussions, said Leckie. 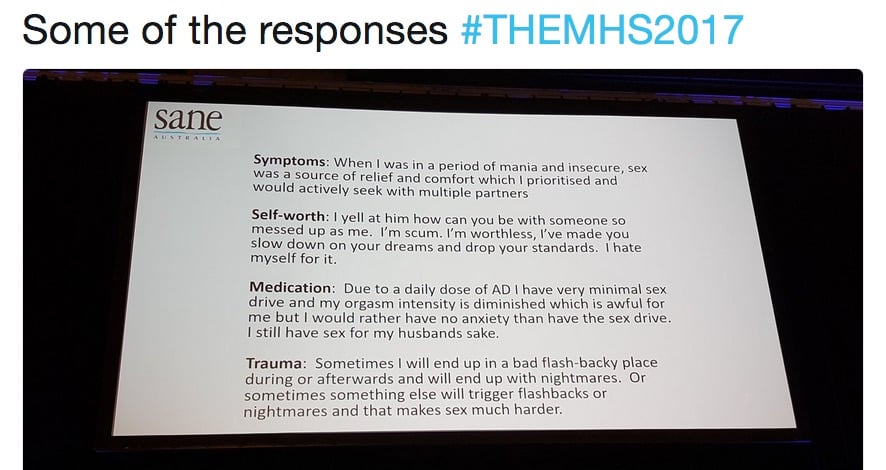 Ceris Lane shared her deeply personal journey with sex, intimacy and mental health – a road to diagnosis that started with a deep and abiding overnight obsession with British boy band One Direction.

An insatiable libido and feelings of intense connection with strangers – later given the clinical term hypersexuality – was a feature of this period and though Lane said she never acted on her feelings, “it was a narrow and dangerous escape at times”.

Things culminated in an involuntary admission to hospital, which Lane described as the “loneliest and saddest time of my life”.

Though the nurses would come in for 15-minute checks on her welfare, never once did someone offer her a simple act of human contact.

To be touched on the shoulder or to have had her hand held while she was alone and afraid would have meant so much, she said. Craving it left her feeling shame, embarrassment and humiliation.

The two years since her diagnosis had been a rollercoaster, but Lane said there were two things that she had very distinctly not experienced: an offer of human touch as comfort by mental health providers or her sexual needs asked about or addressed. 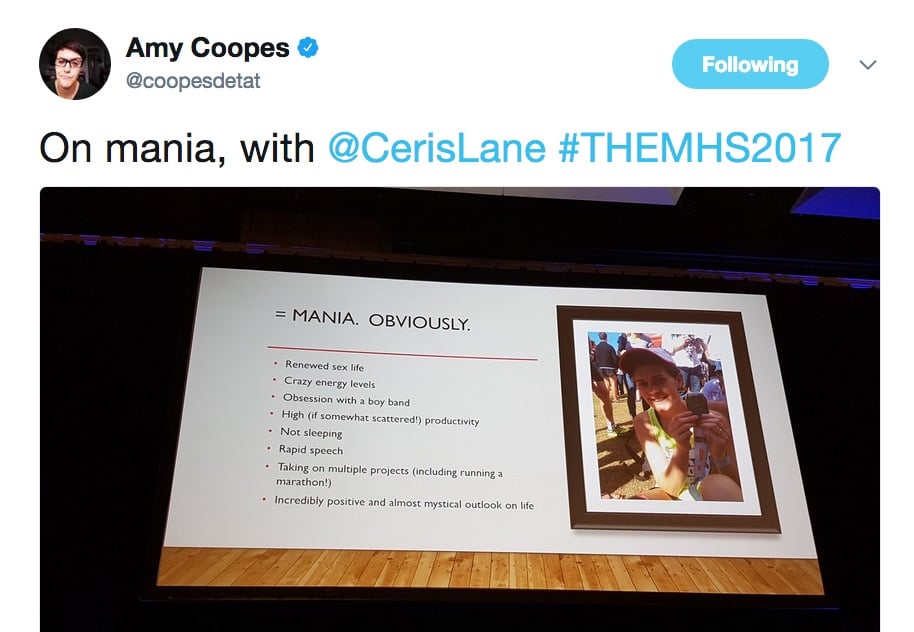 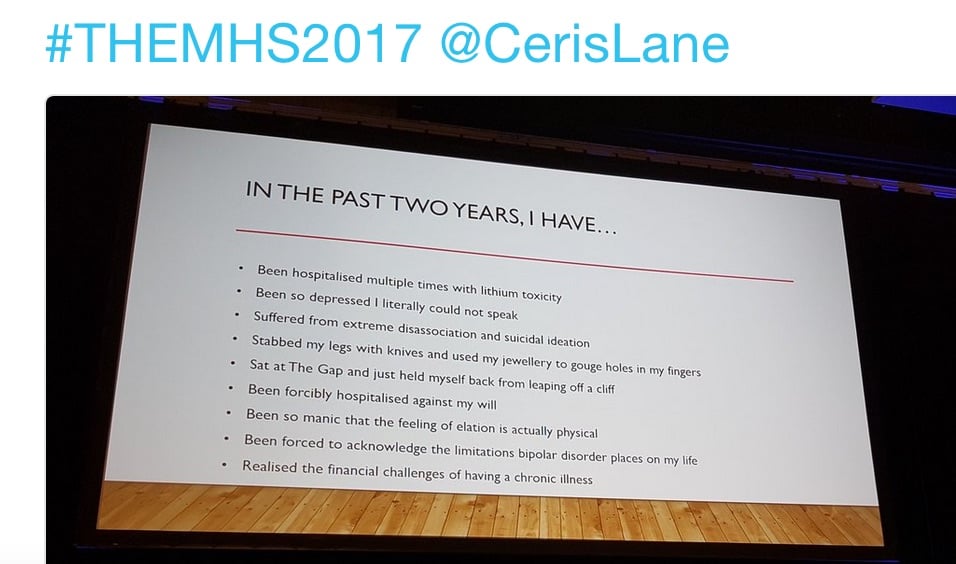 Because hypersexuality had been part of her mania, Lane said sexuality was now seen as a symptom to be stamped out, when what she needed was the opportunity to be human, to access physical comfort and to have honest and direct conversations about her sexual health.

Speaking from the floor, delegates shared stories of kneejerk reactions from clinicians to raising these issues typically being ‘oh we will adjust your medication’, without any space to discuss the possibility that this wasn’t a solution.

Others asked where the medications were with fewer adverse effects on sexual health and why those with such a profile weren’t listed on the PBS.

Closing the session, Downie said there were lessons to be taken from the disability and youth work sectors on how to better have these conversations and navigate this terrain. There was no excuse for not doing this better.

The final words went to Marvin Gaye, with Downie leading a chorus of Sexual Healing.

For your viewing pleasure

Bookmark this link to follow Croakey Conference News coverage of the conference – Amy Coopes has another story to come! 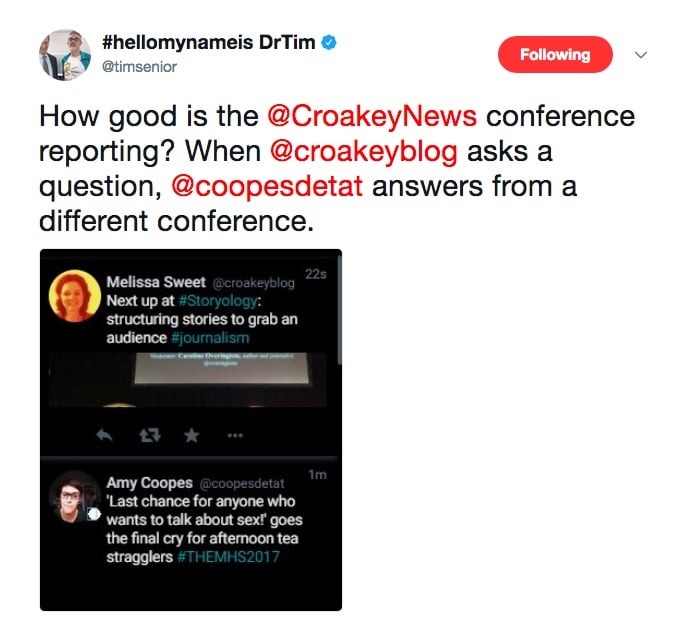 PrevPreviousMarriage Equality is a health issue – Catherine King and other health leaders respond
NextWhat song would you like at your funeral? And other death-changing questions to kick off #17APCCNext