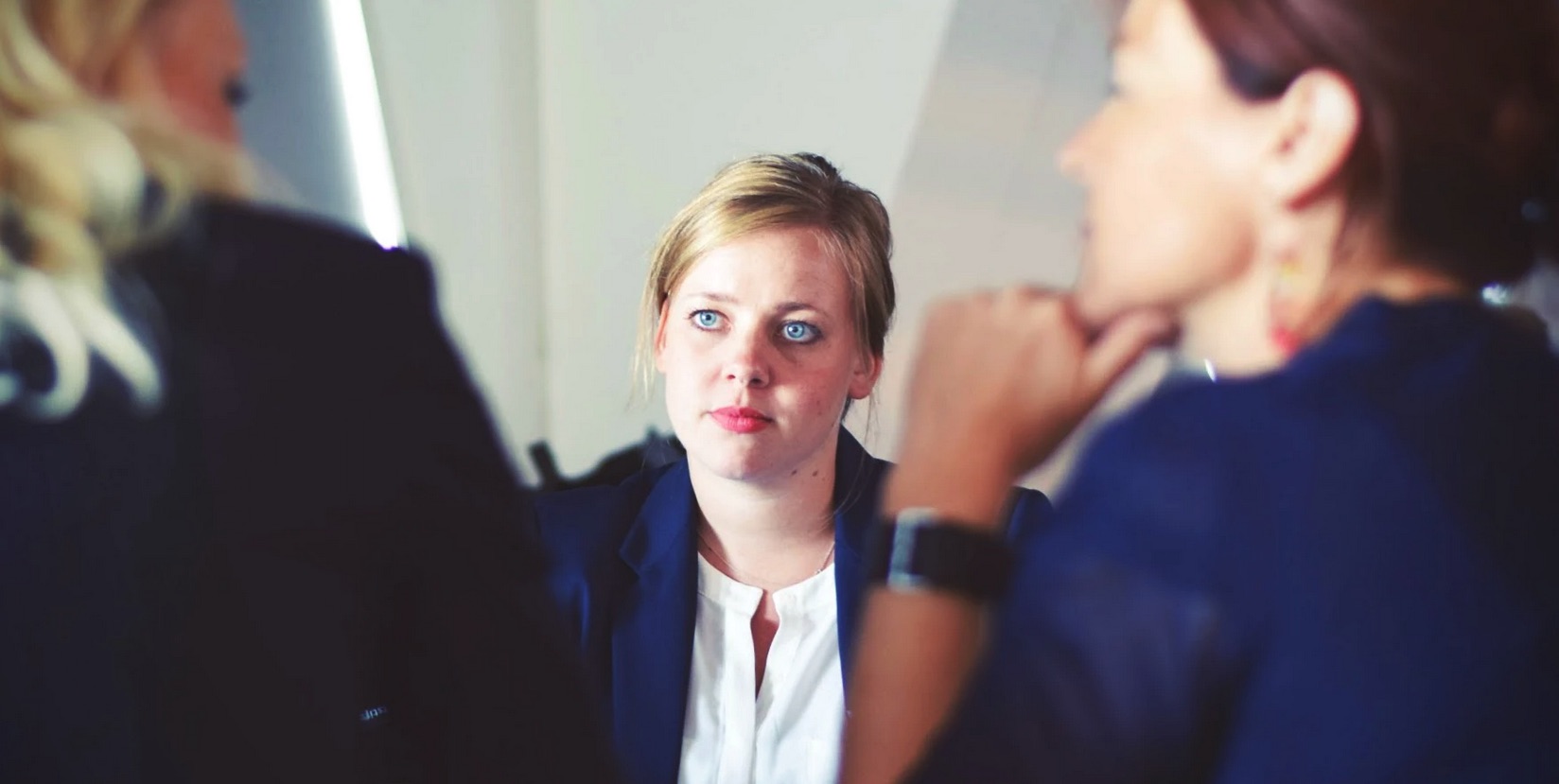 Let’s talk about sex. More often, and as an important part of healthcare

Sex is an integral part of wellbeing and should be normalised in discussions about patient health, a summit of Australian and New Zealand obstetricians and gynaecologists heard Monday in a talk where they were urged to continue being curious about sexuality.

Some 1,300 women’s health specialists from across the two countries converge on Melbourne this week for the Royal Australian and New Zealand College of Obstetricians and Gynaecologists’ annual scientific meeting, which spotlights the latest advances and controversies in the field.

It was standing room only for Melbourne-based psychosexologist Chantelle Otten’s session on sexuality and sexual dysfunction, where she presented some of the most common problems and questions that crossed her threshold, and reflected on barriers to effective sexual health discussions for healthcare workers.

“I work with the biggest sexual organ, which is the brain,” said Otten, who qualified through the European Society of Sexual Medicine after studies in psychology, science and medicine.

Though sexual therapy was something sought by and relevant to basically anyone and everyone, Otten said her biggest demographic was young people aged 20-40, a group who were trying to get pregnant or facing sexual problems to do with antidepressant or oral contraceptive pill use.

Patients could present for a huge range of issues, but there were some very common questions that she said came up time and time again, with many in the room nodding their agreement as she went through them. These included mismatched desires, discomfort and dysmorphia, and intimacy issues. 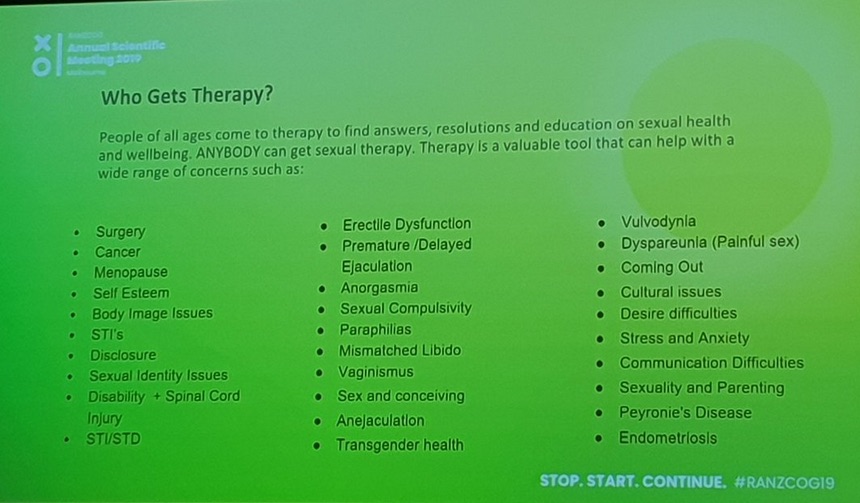 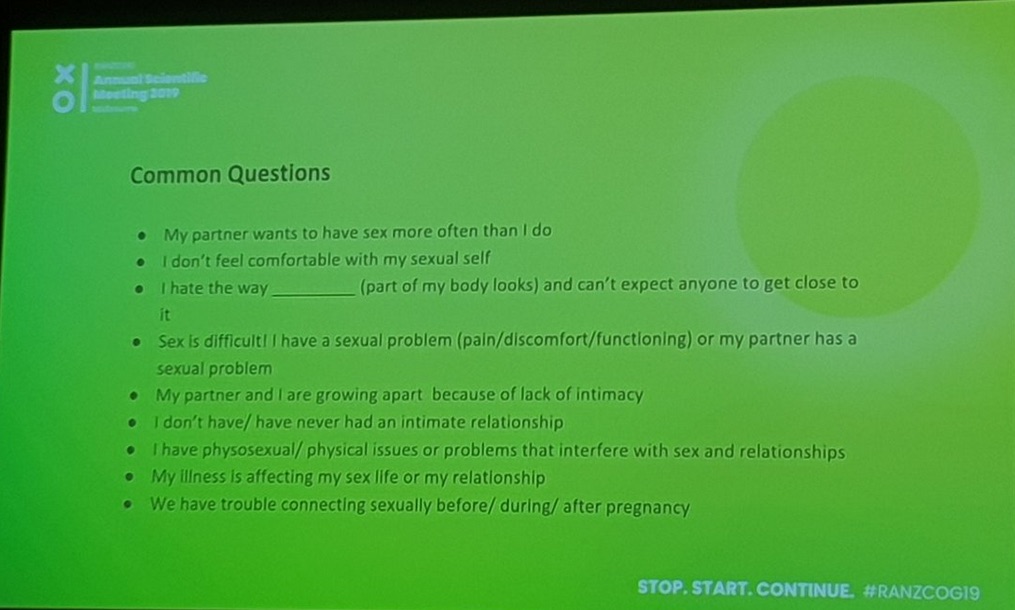 With an average of just one hour devoted to sexuality in medical school, Otten said it was an area that many doctors did not feel comfortable delving into with their patients, and there were a lot of other contributing factors, including a perception by medical professionals that it was not part of their role, time constraints, embarrassment or a concern that it was invasive, particularly with some patient groups.

“I think at the end of the day we all have our own thoughts about sexuality, and our own biases, and we can’t bring that into a room with a patient,” Otten told Croakey in an interview after her session.

She impressed upon clinicians that sex was about so much more than penetration and orgasm, and that it was not a question of quantity (except for procreation purposes) but quality. Otten, whose partner is Paralympian Dylan Alcott, said sexuality encompassed all kinds of bodies and abilities. 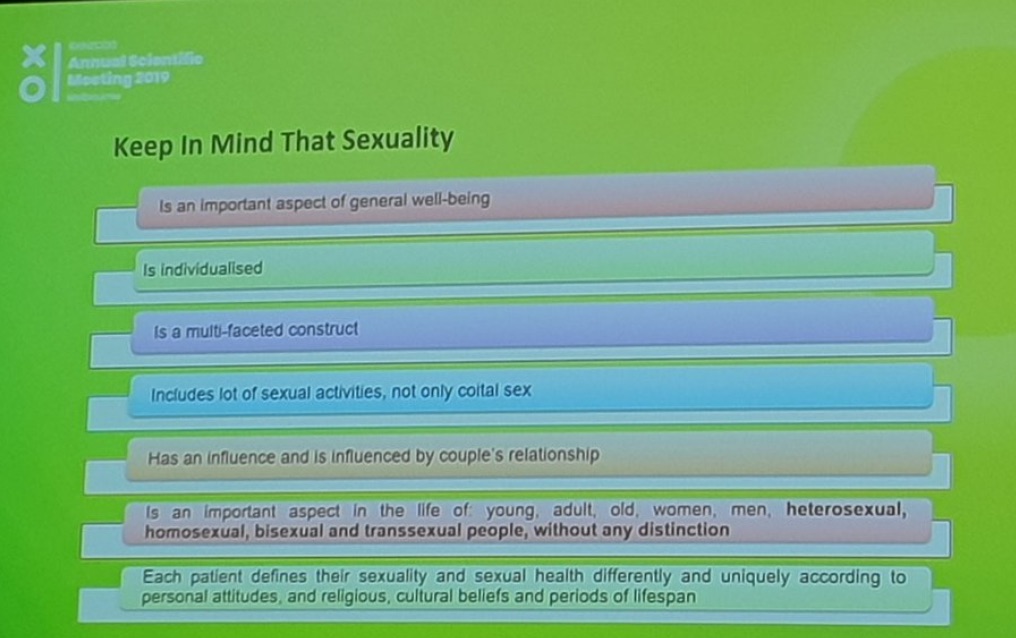 Otten shared the story of one patient, who had experienced a great deal of trauma including sexual assault in a psychiatric ward and had a long history of self-harm.

For her, learning to ask for human touch was a huge hurdle, and one Otten had helped to her confront with the help of a ‘professional hugger’.

She recalled another patient, an older female, who came up to her at the AFL after completing her online course in sexual self esteem to tell her how much her sex life had improved.

“My husband doesn’t know I did your course,” the patient told Otten. “This is just something he thinks happens to women when they turn 52.”

Otten said there were plenty of good reasons for obstetricians and gynaecologists to engage with sexology, not least of which was that many of the most poorly understood and mismanaged problems in sexual health, including vaginismus (painful spasm of the muscles in the pelvic floor), were a shared concern.

Procreation and pregnancy – arguably the bread and butter of the specialists gathered for this meeting – were a double-edged sword when it came to sex. Though (and perhaps because) it became a necessary evil, trying for a baby could make sex less enjoyable, while pregnancy and birth could also impact a couple’s sex life, and their sense of themselves as sexual beings, in negative ways. 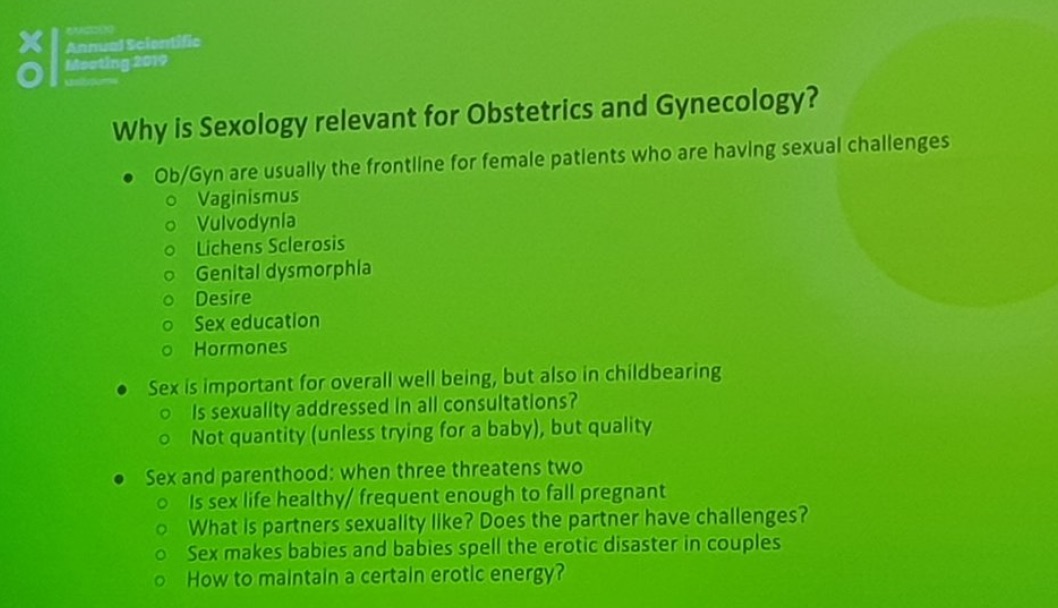 Rather than embarrassed, Otten said most patients would be relieved to have their doctor ask about their sex life, provided this was done in the right way. Failing to bring it up ran the very real risk of leaving patient needs unmet, she added.

She urged delegates to stop avoiding these conversations, refer (with caution as sexology is unregulated in Australia) to experts like herself where they felt out of their depth, and to continue being curious about sex.

“I think it’s a really fundamental part of our wellbeing,” said Otten. “It not only makes us feel really good about ourselves, it’s very good for some conditions as well that might leave us feeling challenged within our body and in ourself.

“It’s good for making babies, it’s good for relationships, and I just think all round it should be a lot of fun.”

• Update on 6 November: Croakey has deleted the interview with Otten previously published here and on our YouTube channel, at her request.

The 2019 RANZCOG ASM continues Tuesday at the Melbourne Convention and Exhibition Centre. Amy Coopes is there for the Croakey Conference News Service.

On Twitter, follow @coopesdetat and @RANZCOG, and join the discussion at #RANZCOG19, and bookmark this link for all our coverage.

PrevPreviousWho reads the junk mail? #JournalWatch
NextI’m an Emergency Department worker and no, I’m not OKNext