Lifting the lid on Nauru and doctors concerns, as Labor moves towards asylum seeker ‘turnbacks’ 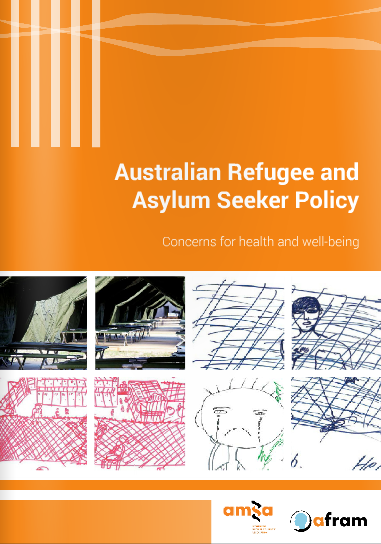 Whether he prevails remains to be seen, but the move comes in a week where the Senate inquiry into the Nauru detention centre this week lifted the lid on conditions experienced by vulnerable asylum seekers shipped off to the Pacific island.

Revelations from a day of public hearings in Canberra including that women were denied easy access to sanitary pads for “security reasons” and not a single staff member accused of abusing a child asylum seeker at Nauru has been charged for an offence.

The inquiry is also revealing more details about the private companies that generate significant earnings from running Australia’s detention network – click on the 20 July PDFs here for the company submissions. So too has Guardian Australia with its ‘explainer on how asylum seekers in Australia’s care receive medical and clinical care and latest report that Immigration department sought private medical records ‘for political reasons’.

See also Buzzfeed’s ’13 Shocking Allegations From The Senate Inquiry Into Nauru’ and its effort today to press Immigration Minister Peter Dutton on the fate of Vietnamese asylum seekers off the coast of Western Australia.

Doctors around Australia continue also to protest against tough new provisions in the Border Force Act that could risk health professionals up to two years in prison if they reveal unauthorised details about detention centre conditions.

Out of continuing concern about the health impacts of detention and other policies, the  Australian Medical Students Association (AMSA) have published Australian Refugee and Asylum Policies: concerns for health and wellbeing.

It includes the article republished below from Dr Barri Phatarfod’s about the implications for doctors of the Border Force Act, and the Medical Board of Australia’s Code of Conduct which states that the law should take precedence if there is any conflict between it and the law – a caveat that is absent from the World Medical Assembly’s Code of Ethics.

Phatarfod, a Sydney GP and convenor of Doctors for Refugees, says that while the MBA’s disclaimer might reassure some doctors, “it does nothing to hearten the overwhelming majority who chose medicine because of the desire to treat and uphold the rights of vulnerable patients.”

Thanks to AMSA for permission to republish the article at Croakey. Read the full publication.

The Australian Border Force Act passed with bipartisan support in May 2015 states that contracted persons speaking out about conditions in detention centres face penalties of up to two years imprisonment. Since then, medical bodies including the Australian Medical Association (AMA) and the Royal Australasian College of Physicians (RACP) have voiced concerns about the resulting conflict facing doctors working under such conditions.

In clinical practice doctors often have to balance competing ethics; however in this setting the dilemma is one of competing duties rather than ethics, as the ethical course is clearly outlined in the Medical Board of Australia’s Code of Conduct, which is heralded as “consistent with the Declaration of Geneva and the International Code of Medical Ethics issued by the World Medical Assembly (WMA).”

Specific sections of the Code are especially pertinent to the conditions in Immigration Detention Centres.

Section 5.3 on ‘Health Advocacy’ states: “Good Medical Practice involves using your expertise and influence to protect and advance the health and well-being of individual patients, communities and populations.”4
Section 6.2 on ‘Risk Management’ describes Good Medical Practice as: “Working in your practice and within systems to reduce error and improve patient safety, and supporting colleagues who raise concerns about patient safety. Taking all reasonable steps to address the issue if you have reason to think that patient safety may be compromised.”4

This is consistent with the WMA which states: “A Physician shall act in the patient’s best interest when providing medical care and owe his/her patients complete loyalty and all the scientific resources available to him/her.”

It is primarily from doctors and other health workers speaking out that we have learned about the appalling practices rife in the detention system. This includes lack of basic medication and equipment, dehumanising treatment of patients such as removal of eyeglasses, dentures and other aids including artificial limbs, denying sanitary products to women, sexual assault, trading essential items for sexual favours and unacceptable delays in transferring patients to hospital facilities or offshore, amongst other gross deviations from standard care. Doctors who speak out have so far been threatened with loss of employment and the civil action of breach of the confidentiality clause in their contract. Now they potentially face jail time.

‘Conflict of Interest’ is addressed in Section 8.11 of the Australian Code, confirming: “the doctor’s primary duty is to the patient; doctors must recognise and resolve this conflict in the best interest of the patient”4, all of the Code’s principles are superseded by Section 1.3 which states: “If there is any conflict between this code and the law, the law takes precedence.”

However while this disclaimer might reassure some doctors fearful they may lose their medical registration by complying with the new Act, it does nothing to hearten the overwhelming majority who chose medicine because of the desire to treat and uphold the rights of vulnerable patients.

Significantly, this caveat is absent from the WMA Code of Ethics. This is hardly unexpected. Founded in 1947 in the aftermath of the Second World War, the WMA states in relation to prisoners and those in detention: “The physician shall not be present during any procedure during which torture or any other forms of cruel, inhuman or degrading treatment is used or threatened.” ‘Cruel, inhuman and degrading’ are the words used by Amnesty International and the UN to describe the routine treatment witnessed while visiting the offshore detention centres, raising the question of whether doctors ought to not work in these environments at all. Currently before Senate is a proposed law which effectively allows detention centre staff to use whatever force necessary to keep ‘good order’. There has already been one death on Manus Island last year allegedly caused by a security guard, and this law could remove such actions from being criminal.

While the issue concerning compliance with registration requirements might be somewhat resolved, the larger question remains as to the type of society we have where the government passes laws contrary to medical ethics ratified by the Geneva Convention. History provides many examples of state-sanctioned human rights abuses perpetrated against sections of the population, and when the full extent of the atrocities comes to light the community is understandably horrified at the complicity of doctors. One wonders why Australia’s Medical Board has chosen to make these fundamental tenets subject to the prevailing laws of the day.

The harms being done to asylum seekers and refugees, compounded by this new law, are provoking a range of responses from doctors, all trying to achieve the best outcome for people in detention. Some advocate doctors boycott working in detention centres while others advise doctors not to sign contracts that put the employer’s interests between them and their duty to their patients. Several health professionals have affirmed they will continue to work in the system, advocate for their patients and risk imprisonment for defying an immoral law.