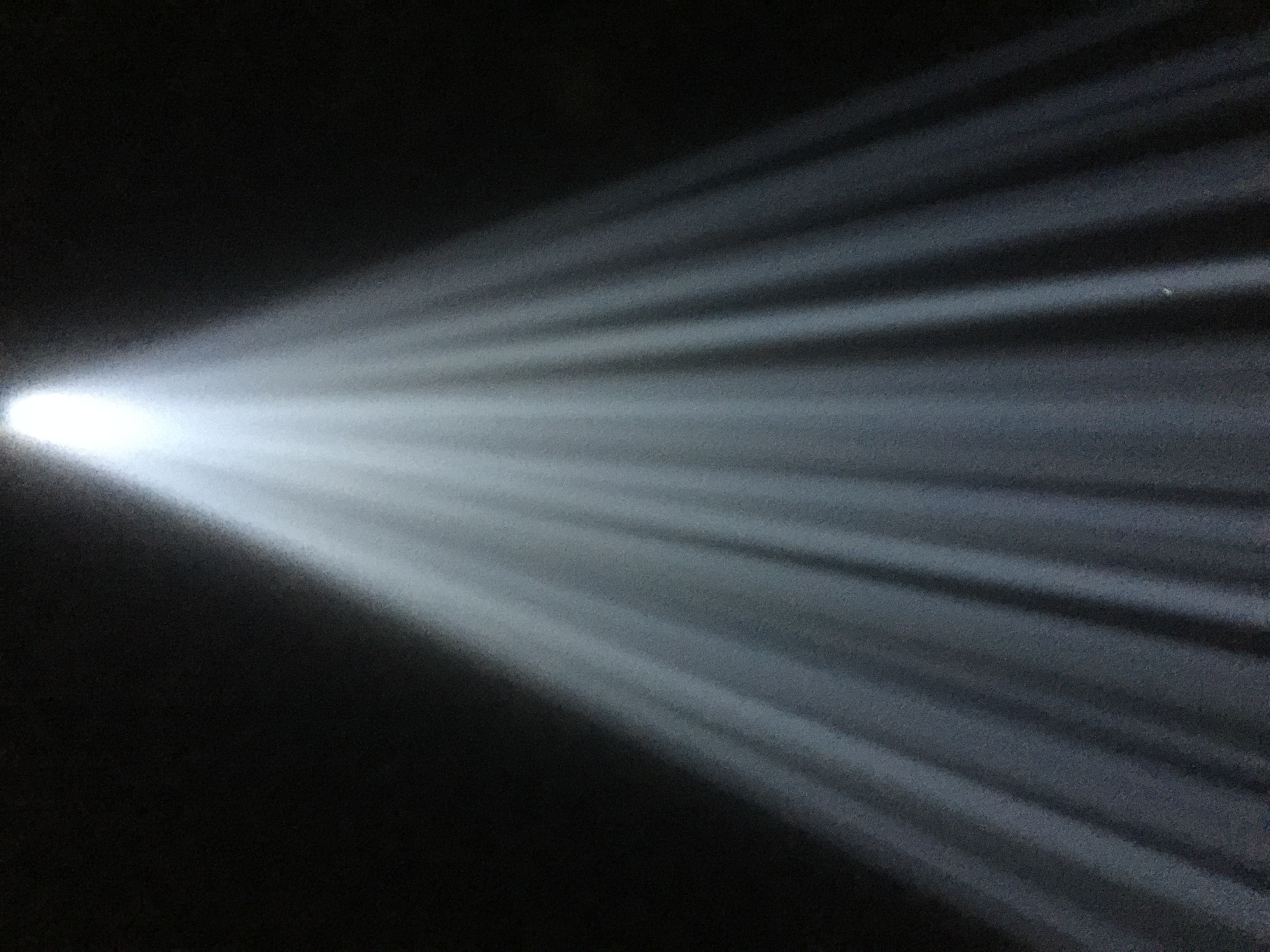 Earlier this month 108 organisations in the mental health and suicide prevention sectors, led by Mental Health Australia, came together to launch Charter 2020 on mental health, describing the Productivity Commission inquiry as a “once-in-a-lifetime opportunity” for mental health reform.

As reported at Croakey, one of the Charter’s nine key areas for reform is for a system “centred on what people with lived experience mental health issues and their carers say they need”.

Mental health consumers this week will showcase their concerns and priorities at a timely three-day conference in Melbourne, hosted by the Victorian Mental Illness Awareness Council (VMIAC), the state’s peak consumer body.

Journalist Marie McInerney will cover the Listen Up, Listen Louder conference, which begins on Wednesday with a one-day youth forum, for the Croakey Conference News Service, tweeting from @WePublicHealth at the hashtag #VMIAC2019.

Mental health consumers in Victoria want the state’s Royal Commission on mental health to go way beyond recommendations on bed numbers and funding models to recommend profound cultural change to a system they say causes significant harm and breaches their human rights with “regularity and carelessness”.

More than 200 consumers from across Victoria and interstate will meet this week at a conference in Melbourne that will shine a light on their priorities, weeks out from hearing whether the Royal Commission into Victoria’s Mental Health System has heard their calls.

The Victorian Mental Illness Awareness Council (VMIAC) is urging wholesale cultural change to address harm caused by the system, including a fundamental focus on trauma, an end to the escalating use of seclusion and restraint in mental health services and significant investment in a strong peer workforce across research, policy making and service delivery.

VMIAC, the peak body for mental health consumers, says its Listen Up, Listen Louder conference will provide an avenue for people with lived experience to be “front and centre” in discussions about mental health reform, human rights activism and social change against the backdrop of the Royal Commission.

Keynote speakers will include US psychiatrist and consumer Dr Daniel Fisher, co-founder of the National Empowerment Centre, who advocates alternatives to the medical/institutional model of distress and healing, and Adelaide-based Matthew Ball, who has written on his journey from psychosis to Australian College of Mental Health Nurses’ nurse of the year.

Among other sessions, leading mental health consumer researcher Indigo Daya will present on a new model for “welcoming diverse and challenging consumer and survivor views” in mental health research, policy, and practice.

Daya has also spent many months consulting for VMIAC with consumers across the state about their vision for an ideal mental health system.

Their declaration will be presented at the conference on Friday to keynote speaker State Mental Health Minister Martin Foley.

Victoria’s Royal Commission will release its interim report in late November, with much hope riding on change, but also ongoing consumer concerns that it will focus too much on clinical and service priorities.

That follows early disappointment that none of the four Royal Commissioners had lived experience as a consumer and that abuse was not expressly included in the terms of reference, in the way that individual and systemic cases are being investigated by the Royal Commissions into aged care and disability.

In an interview with Croakey this week, VMIAC CEO Maggie Toko did not want to dwell on these disappointments, saying “the horse has bolted” on those matters, but she hoped the Commissioners had heard the voices of consumers during their deliberations.

She said the peak body has been able to play a strong role in the Royal Commission process – having a seat “at the table” in a range of forums and providing formal support for many consumers who have told their stories in public hearings and round table discussions.

The Royal Commission has conducted four weeks of public hearings and received more than 2,500 submissions from organisations and individuals since it was set up in February to address what Premier Daniel Andrews described as a “broken mental health system”.

I hope it brings an enlightened system that is consumer-driven and consumer-run.

I’m hoping it’s a way forward that we can all embrace.”

VMIAC’s submission to the Royal Commission, titled From Harms to Humanity, lays out its case for change based on human rights, “do no harm”, and a social determinants approach.

It makes the point to the Commissioners that many consumer calls for change may be contradicted by other submissions, in part because of “bias, stigma and discrimination” within the system that “assume consumers are violent, or that we lack capacity and need others to speak on our behalf, or in our ‘best interests’.” 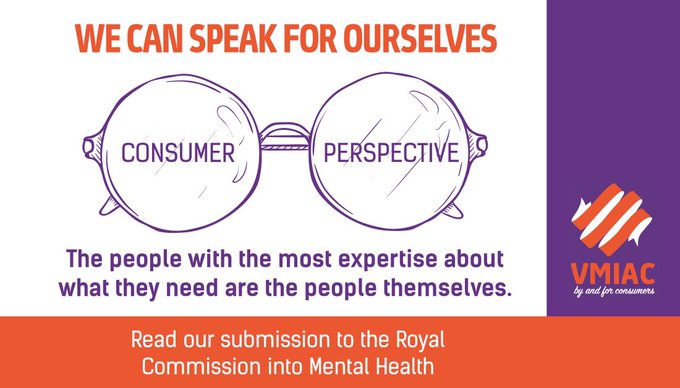 The submission urges the Royal Commission to take account of lived experience of a system which “fails to help many people, is often significantly harmful and seriously breaches many human rights”.

VMIAC says those breaches include:

Every aspect of the system needs reform to prevent harm, including rethinking the system’s main activities and intended outcomes, workforce composition and skill requirements, accountability and oversight and service types.”

VMIAC says it understands that changes of the magnitude it wants to see will take time.

As early steps, it asks the Royal Commission to recommend for Victoria to: