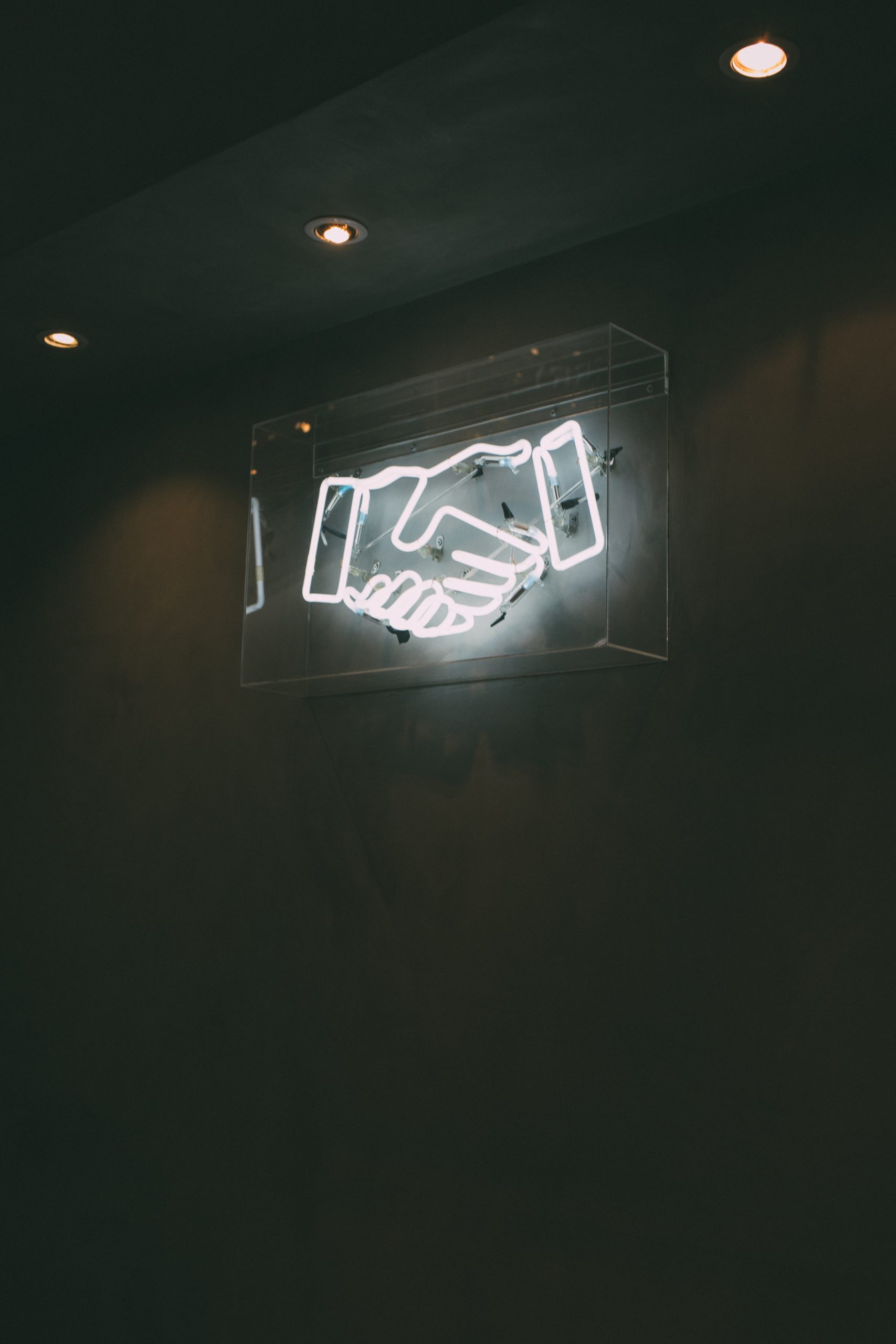 Introduction by Croakey: In a week where vested interests have again dominated the federal budget, it is timely to consider the impacts on our democracy of those with the deepest, darkest pockets.

Lobbying has long been considered part and parcel of our political system, but how healthy is this symbiosis, asks health law academic Bruce Arnold, in this piece which first appeared at John Menadue’s blog Pearls and Irritations, and is republished here with permission.

COVID-19 has been a reminder that health policy matters.

Irrespective of the billions spent on infrastructure, private health insurance, professional regulation, research and medications subsidised under the Pharmaceutical Benefit Scheme (PBS), it is a matter of national productivity and taxation. It is also a matter of geopolitics as partners such as the United States exert influence on behalf of their corporations.

If we want a healthy democracy rather than just healthy bodies we need to ask some questions, get more data and potentially make some difficult decisions.

It’s a language of economic rationalism and political opportunism, not human rights and intergenerational development. That language is persuasive because of the politicisation of the public service and the withering of capacity in gatekeepers, with the Therapeutic Goods Administration for example exemplifying regulatory capture.

Given the importance of policy it is surprisingly unclear: lobbying is a matter of known unknowns.

We know that there are at least 257 lobbyist entities and 590 lobbyists on behalf of 1,792 clients (figures from the national Lobbyist Register, the heart of the Commonwealth scheme recently damned by the Auditor-General). Those figures aren’t comprehensive. Much persuasion takes place outside that framework.

What we see in formal reports is just the tip of an iceberg in a very murky sea. Persuasion encompasses fundraisers (pay $5,000 for dinner where you get the ear of the Minister or her senior adviser); meetings in bars and coffee shops (as with the second Sydney Airport scandal) where someone forgets to take any notes; and private talks in MP offices, at the footy or at barbecues.

Given that Australia is importing US lobbying models, it also encompasses astroturf bodies that are mouthpieces for vested interests.

In the health sector, lobbying isn’t restricted to advocacy by/for specific corporations and interest groups such as medical specialists or pharmacy owners seeking to wind back or strengthen regulation that affects their profitability and status.

The professions and other service providers (insurers, private hospitals, pharmacy chains, pathology groups) want government to see the world their way. Their lobbying sits alongside the geopolitics, with the United States for example persuading Australia to make a world safe for overseas ‘big pharma’ by influencing policy regarding the shape of patent law, recognition of overseas medical device testing, support for the PBS and Investor-State Dispute Settlement under the TransPacific Partnership Agreement.

What’s good for Pfizer and other members of PhRMA or the State Department isn’t necessarily good for Australia.

We need to understand lobbying by for example State and the Biotechnology Innovation Organization, not just donations by Blackmores and the pathology groups or drinks auspiced by Complementary Medicines Australia.

The bully pulpit and consumer incapacity

‘Old media’ may be withering but remains significant in shaping public discourse and amplifying populist misunderstandings of health issues and policy responses. That is evident in the very partisan News group campaigns in Victoria that leverage medically uninformed claims by the Institute of Public Affairs.

It is not offset by responsibility on the part of digital platforms such as Google, Twitter and Facebook – all of which are noisily resisting regulation. Those groups do not stuff dollars into pockets but – like Clive Palmer’s $80 million advertising blitz – do purport to deliver votes.

In a lobbying ecosystem they shape understanding in ways unachievable by health sector civil society organisations, some of which are conscious that they are dependent on funding by health departments and accordingly soften their criticisms. Most run on enthusiasm; few have the resources for sustained engagement with a confusing health bureaucracy that in instances such as the TGA is dismissive of legitimate questions.

If you do find civil society in the corridors of power it is typically either lost or being herded to endorse policy determined elsewhere.

What are the harms?

Lobbying is often read in terms of corruption: the brown paper bag bulging with cash for a politician or official. We can deal with that through well-resourced integrity agencies and timely public condemnation, one reason that old/new media are part of the ecosystem.

Harms extend beyond the bagmen. If politics is ‘the art of the possible’ power rests with those actors who shape what is perceived as possible and what is perceived as imperative. As a matter of political and administrative convenience it involves a reluctance to move beyond ‘Open Government’ rhetoric to provide genuine transparency.

There is no systemic disclosure of ministerial meetings (with whom, about what) and many consultations by officials are comfortably private, so that outsiders cannot determine whether policy failures are a result of a Canberra Bubble (or Spring Street and Macquarie Street Bubbles) and whether we are learning from those failures.

Health policy is famously a field where there is a lot of money, little ownership and less sustained leadership.

A more subtle harm is rarely discussed in the academic literature about health policy. It is disregarded by the mass media. That harm is public disengagement from political processes and more broadly from democracy on the basis that government is a matter of insiders looking after insiders.

We can see that disengagement in the derisorily small number of public submissions to parliamentary inquiries, law reform commission inquiries and government agency inquiries. In part that is attributable to unawareness of opportunities to engage with those inquiries and the discouragingly short deadline for many public consultations.

Overall, few academics engage, because participation does not get you points in the ‘publish or perish’ environment. Some of my research however suggests that people choose not to engage because engagement is perceived as pointless.

What could we do to reshape the lobbying ecosystem? We neither can nor should get rid of it – it is a both hardy and a manifestation of everyone’s right to talk with power. We can however make it healthier.

Sunlight is the best disinfectant

A good start would be for all government to be more open about influence.

Freedom of Information schemes in Australia are infamously often ‘freedom from accountability’ through imposition of charges and bureaucratic obstructionism that has not been condemned by for example the Office of the Australian Information Commissioner.

Why can’t we see the appointment diaries of ministers and agency heads? Why can’t we have a properly resourced Auditor-General and integrity commission in each jurisdiction, alongside a revamp of the national Lobbying Code and register, with meaningful penalties where there is infringement?

Alongside disclosure by government we could easily require astroturf bodies to clearly disclose where they get their funding. Mandatory disclosure wouldn’t contravene the implied freedom of political communication. You can, for example, promote your commercial interests in print, broadcast and online. You just need to disclose where the money comes from.

Three more radical approaches are starting to get some attention.

One approach – embodied in the current Commonwealth Electoral Amendment (Banning Dirty Donations) Bill 2020 – is to restrict donations from particular industry sectors, such as tobacco, gambling or pharmaceuticals. That Bill will not be supported by the major parties but is worth consideration. If you are a health sector business rely on community trust rather than buying influence.

A more provocative proposal is to rely on public funding of electoral campaigns, rather than industry bodies, particular corporations and individuals. Private funding is the crack cocaine of Australian politics: the parties have shown no willingness to say no to donations and business will continue to feed that habit until it is stopped.

That change in funding could be complemented by ‘truth in electoral advertising’ law, such as that being introduced in the ACT, and restrictions on misleading ads such as the ‘Mediscare’ campaign (an SMS that some people thought came from Medicare rather than the ALP).

It can also be complemented by restrictions on life after politics. The ANAO reports that 38 percent of the registered Commonwealth lobbyists are former ministers, other MPs or public servants. There are ways for those people to make a living without lobbying. We can restrict representatives from leaving government one day and lobbying their replacement the next.

In contrast to the United States, where businesses spend billions lobbying, we have weak civil society oversight of what businesses are up to and independent policy development. It’s time for our entrepreneurs to give back to society by funding civil society bodies. We need a Soros and a Gates or two.

This piece first appeared at John Menadue’s blog ‘Pearls and Irritations’. You can read it here