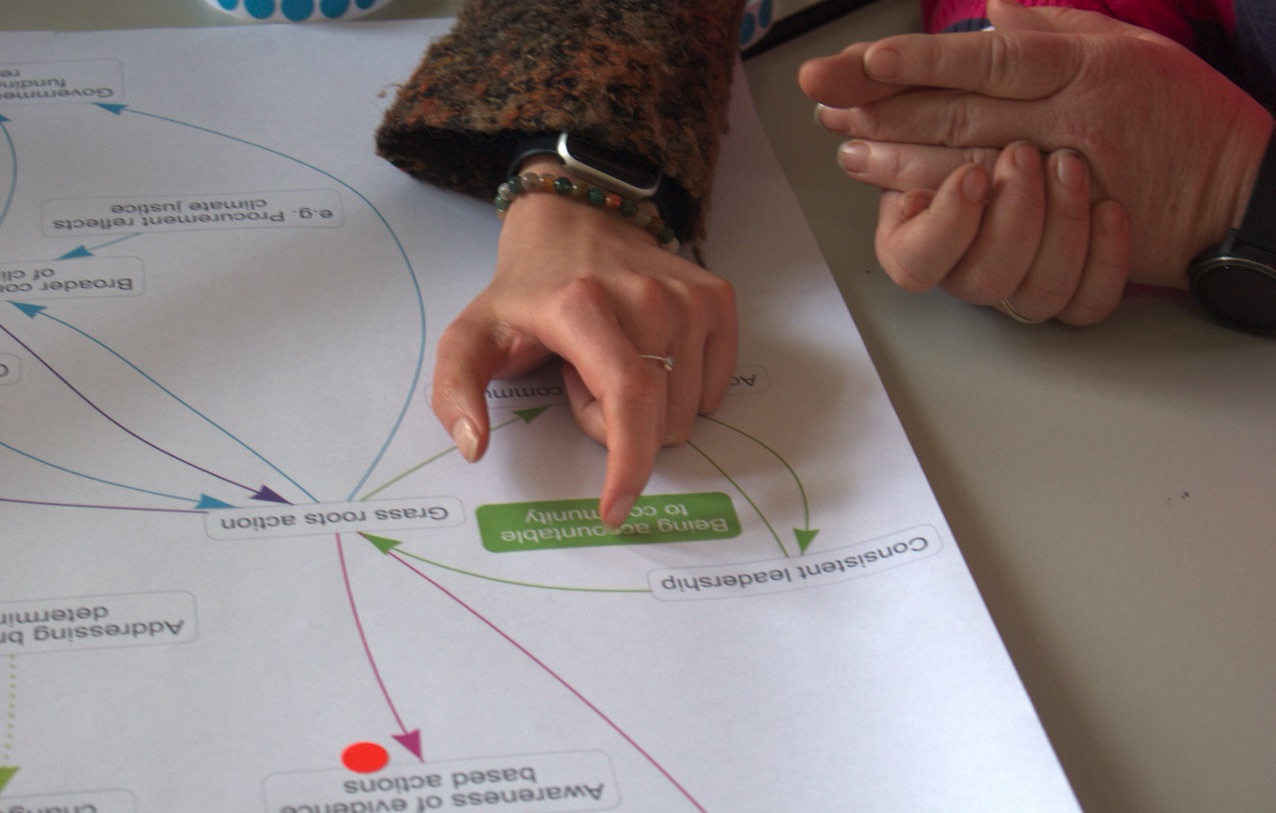 Locally and globally, what will it take to reorient towards climate justice?

Introduction by Croakey: Governments and leaders at all levels have been urged to step up investment in efforts to promote climate justice for communities, especially those most likely at risk of inequitable climate impacts.

The project brought together 44 health and community service organisations, as well as policymakers, and sector networks, to identify needs, opportunities, and a strategic direction for action and advocacy in this region.

While the project is focused on a particular part of Melbourne, the report and its findings will likely be of interest and use much more broadly, especially as the COP27 meeting is putting the focus on climate justice between and within countries.

A noteworthy comment at the launch was that total funding for climate action was cut by 40 percent in the most recent Victorian state budget (see more in this Twitter thread reporting the launch).

A key finding from the project – as reported below by Dr Susie Moloney, Executive Director of the Centre for Just Places, and Project Officer Andrea Wolf – is the importance of harnessing the expertise, knowledges and relationships held within place-based organisations and the diverse lived experience of communities, as “the starting point in working towards a healthy and just climate future”.

Our current approach to addressing the intersection of climate change and health outcomes is failing, and Australia urgently needs to address different ways of addressing climate impacts, as suggested by the quote below.

What we’ve found is that you can challenge existing paradigms of thought, by coming together and identifying new things.

And saying, ‘what we’ve done in the past is not working. Our business as usual is not making a difference.’ So, what are we doing that we need to do differently?”

The comment came from a contributor  at our recent Collaborative Action Forum, when more than 30 representatives from state health, environment and utility agencies, local governments, health and community service organisations in Melbourne’s west gathered to identify shared priorities to mobilise climate justice.

This local observation also resonates globally. Reporting from COP27 has already signalled a shift away from targets such as the nationally determined contributions (NDCs) with far greater emphasis on climate finance, adaptation, and loss and damage.

Also at the international level, the UNEP’s recent Too Little, Too Slow report highlights that climate change adaptation may no longer be adequate to avoid impacts of climate change.

The irreversible loss and damage resulting from extreme weather events means that adaptation finance as well as reparations are now central to demands for climate justice – fairer outcomes as our climate continues to change.

While the focus on climate justice signals a recognition of the need for action that addresses the inequities behind the climate crisis, it also requires us to be able to answer a complex question – justice for whom?

What is climate justice?

When we talk about this crisis, we are drawing attention to the socioeconomic processes and governing decisions that have given rise to the climate emergency.

Climate justice features two constituent parts: climate change and social justice. The latter focuses on engaging with the root drivers of social, health, economic, and ecological inequities that shape the distribution of health outcomes in ways that are uneven and unjust.

Addressing the social determinants of health including income, gender inequality, employment, food security, housing, urban planning and design and environmental conditions is therefore critical to just and equitable responses to climate change. This also includes addressing the ongoing effects of colonisation on cultural identity, family and kinship, caring for Country, knowledge and beliefs, and language that are key determinants of health and wellbeing for Aboriginal and Torres Strait Islander peoples.

Significant direct and indirect effects from climate change disrupt the spiritual, cultural and resource values of Country that are core to health and wellbeing. But it is also the strength of this place-based knowledge that is essential when seeking to understand how to support all life to thrive in place.

A focus on climate justice usefully positions climate change as a social justice issue, drawing attention to the uneven impacts of climate change on our social and ecological systems.

Moreover, it brings a human rights lens to climate change impacts, revealing the ways in which even seemingly progressive pronouncements and actions on climate change may inadvertently silence or compound the experiences of those at greatest risk.

For those working on the frontline, this concept directs attention to the power relations and decision-making processes that create intersecting inequities and what is needed to shift them.

This includes considering the ways in which organisational policies, practices and processes might reinforce experiences of climate inequity across four key domains:

Adopting a climate justice lens first requires a grasp of where climate change and social inequities are experienced – in place.

In Melbourne’s west, for example, decades of rapid population growth and development intensification have led to significant shifts in the sociodemographic profile of the region and accompanying risks to health from climate change impacts.

Still reeling from the uneven impacts of COVID-19, councils and community sector organisations in Melbourne’s west are now turning their attention to flooding.

Communities in newly urbanised areas such as Brimbank, Melton and Wyndham are at high risk of extreme heat, exacerbated by thermally inappropriate housing, high rates of precursors to chronic disease, and average summer urban heat island (UHI) temperatures as much as 11 degrees higher than surrounding areas.

Two of Australia’s air pollution ‘hot spots’ are located in the inner-west area of Hobsons Bay, which also reports respiratory death rates higher than the state and national average. While largely a legacy of heavy industry, this becomes particularly concerning when considering the still under-researched interactions of air pollution and thunderstorm events with the intensifying allergenic effects of pollens and fungi due to climate change.

What these examples highlight is the convergence of social, health and climate change risks. While environmental factors are not often front of mind when we consider health or social inequity, it is clear that there is a strong relationship between poorer quality natural and built environments and other experiences of disadvantage.

For example, Jesuit Social Services’ 2021 Dropping off the Edge report into locational disadvantage across the country measured 37 indicators of disadvantage to show the strong relationship between heat stress (increased by low levels of canopy cover), housing stress and overcrowding in certain areas (see below).

Authors’ own illustrations using data from Dropping off the Edge (2021)

For community health and service organisations, this has critical implications for their ability to meet existing and future service needs as they are impacted by compounding and cascading events, such as experiences of extreme heat and rising cost-of-living pressures.

In turn, these compounding effects are already having deleterious consequences for the region where demand for adequate infrastructure and services is rapidly outpacing provision.

Not only does this reinforce the vulnerability of the sector to the impacts of climate change, but also the risks to the health, safety and wellbeing of Victoria’s largest workforce.

Across 2021-22, Jesuit Social Services’ Centre for Just Places worked with over 44 community health and service organisations, local and state government agencies, and sector networks to understand what is needed to mobilise and support climate justice in Melbourne’s west.

This initiative, funded by Lord Mayor’s Charitable Foundation, builds on prior connections and networks developed through existing collaborations such as Hot Spots.

The purpose of the project was to engage a broad cross-section of organisations to further understand the localised and systemic drivers of climate change vulnerability for community sector and related organisations in Melbourne’s west, as well as approaches and strategies to affect just and equitable action on climate inequity.

The resultant Collaborative Action Plan, and accompanying framework, underscore the urgent need for cross-sectoral action on climate justice. Our collaborative process found a number of barriers, including policy and legislative constraints, to collaborative action including: 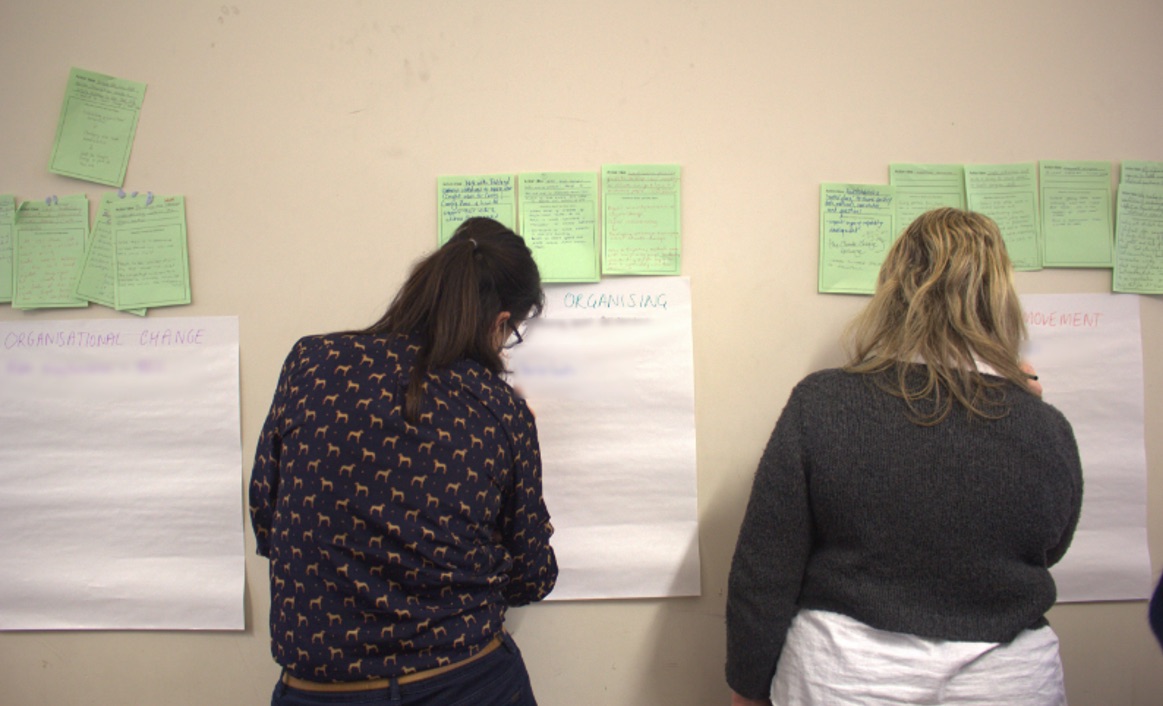 Signing up to collaborative action at the Collaborative Action Forum. Photo by Skye Davey

Of note, our engagement reinforced earlier findings from organisations such as VCOSS that, whether planned for or not, health and community sector professionals are laying the path for action on climate justice.

Sector capability is identified as one of three priority domains under Victoria’s Health and Human Services Adaptation Action Plan yet it is still unclear how this capability is to be realised across the diverse interests and scale of organisations involved.

What our Collaborative Action Framework proposes is that harnessing the range of expertise, knowledges and relationships held within these place-based organisations and the diverse lived experience of communities is the starting point in working towards a healthy and just climate future. 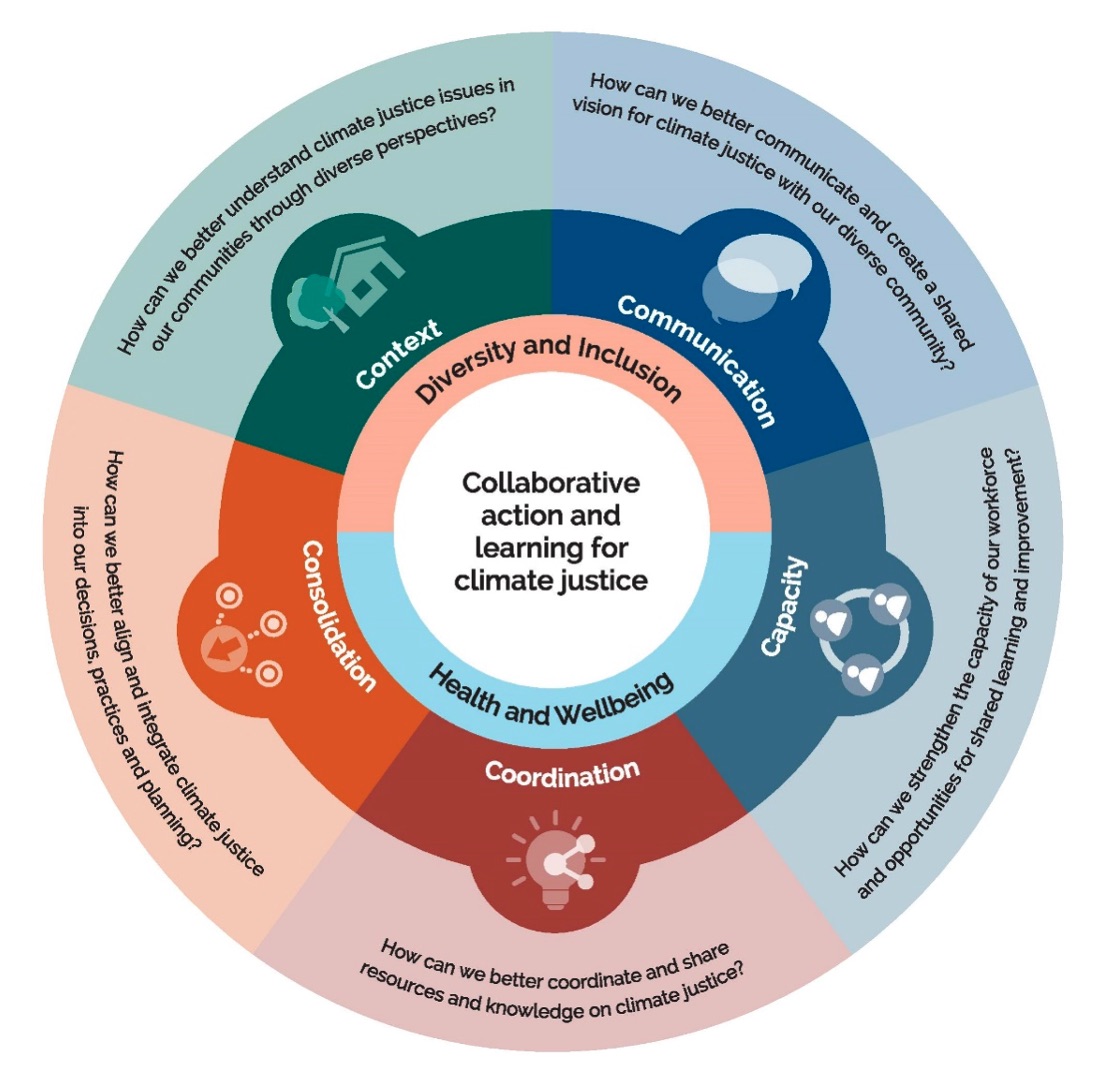 Across five focus areas, the Framework for action offers guidance to practitioners and community leaders in seeking to strengthen their collaborative work on climate justice.

Drawing on insights from consultation activities, network analysis, and systems mapping, these five areas for action along with relevant learning resources provide organisations with an antidote to the common refrain – ‘we don’t know where to start!’

As COP27 progresses, and the call for climate justice becomes louder, we must not lose sight of the inequities that make climate change impacts a daily experience for those who can least afford it. This requires us to be clear on who is experiencing climate injustice and why.

The calls from the sector are clear. Relevant authorities need to recognise and resource the critical work of the community sector and community organisations, and to focus on prevention and mitigation of climate risk to achieve transformative change.

It is urgent to ensure that communities are safe and well. As we reorient towards climate justice, we must emphasise the coordinated and collaborative planning required to challenge the systems and structures that make people’s lives and the places they live in vulnerable to climate change.

Jesuit Social Services is a social change organisation that has worked for 45 years to deliver practical support to people on the margins and advocate for improved policies and programs to achieve strong, cohesive and vibrant communities where every person can play a role and flourish.

One of Jesuit Social Services’ six pillars of work is ecological justice – which invites discussion on what practices, policies and actions can be taken by governments, individuals and the community services sector within Australia, to build an ecologically just society. This work is overseen by Jesuit Social Services’ Centre for Just Places. The Centre was established in 2021 with seed funding from the Gandel Foundation and the Victorian Government.

This project was funded and supported by the Lord Mayor’s Charitable Foundation, in partnership with organisations supporting health and wellbeing in the local government areas of Maribyrnong, Brimbank, Melton, Wyndham and Hobsons Bay.

PrevPreviousWill ‘loss and damage’ remain unpaid at COP27?
NextAs our planet “hurtles towards the point of no return”, who is standing up for climate justice?Next