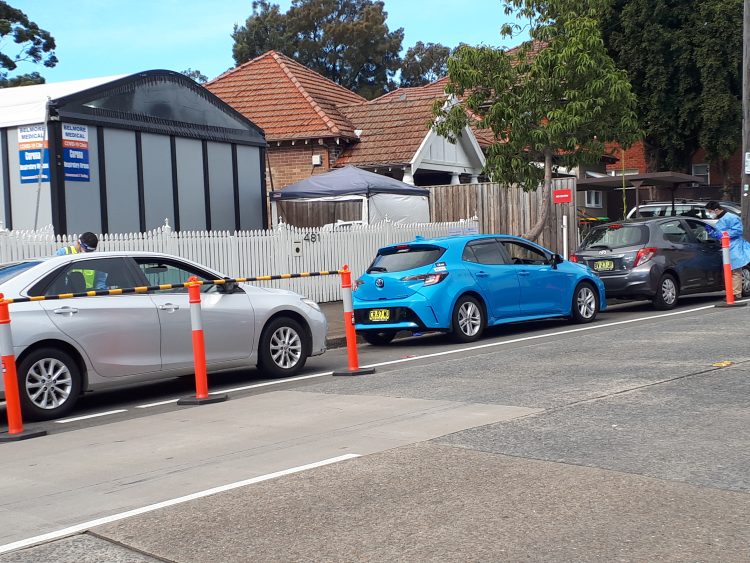 The announcement today of another four week lockdown for NSW has raised community concerns about the impact of ongoing restrictions on people’s physical and mental health.

Croakey journalist Cate Carrigan spoke to health and community sector leaders working to support the response in south-west and west Sydney – a diverse region with many people from lower socio-economic backgrounds who speak languages other than English at home.

Her report below provides valuable insights into the challenges facing local health services as they work at the interface between government and their communities.

The ethnically diverse communities of Sydney’s south-west and west are suffering from “lockdown fatigue” and “aren’t travelling well”, according to the chair of the Ethnic Communities Council of NSW, Peter Doukas.

Residents of Parramatta, Campbelltown, Georges River will join those living Fairfield, Liverpool, Canterbury-Bankstown, Cumberland and Blacktown in not being able to leave their local government areas for work unless they are in exempt categories, such as health.

The Premier made the announcement after NSW recorded another 177 new infections of COVID19, 68 of whom were in the community for all or part of their infectious period, and the death of a woman in her nineties, the eleventh person to die during this outbreak.

Doukas described the extension of the restrictions as “concerning”.

“There is a lot of lockdown fatigue because the communities thought they had gone through this already and now they are going through it all over again,” he told Croakey.

While Doukas thinks communities have been doing “pretty well” with support, and welcomed the latest Federal and NSW Government measures, he said there had been a problem in getting the message across in community languages.

“But I believe the next set of campaigns should focus on mental health and families,” he said.

Doukas explained that many people in these communities – where many speak languages other than English at home and work in lower paid jobs or have insecure employment – don’t have the luxury of working from home.

“So, how that affects them both economically and mentally, and how it affects their kids who are being schooled from home, is significant and something the communities are grappling with,” he said.

NSW Premier Gladys Berejiklian told the daily media briefing that people “should not feel stressed about their financial situation” and that they will be supported.

But despite this encouragement and the Prime Minister’s announcement of additional funding for affected NSW residents, with lockdown set to continue until at least August 28, it’s no surprise that communities are doing it tough.

In one of the most concerning infection notifications this week, a busy shopping centre at Campsie in south-west Sydney was identified as one of dozens of new infection sites, with an unknown number of people exposed over ten days.

One woman who visited the centre told the ABC’s AM program, she parked in the street, wore an N95 mask and went to the Post Office at 9am to avoid risk but still got caught up in the centre-wide infection zone.

In addition to lockdown measures, the government has been urging all adults to get vaccinated, trying to counter concerns about rare blood clotting linked with the AstraZenenca vaccine, and arguing immunisation is an essential plank in the battle to quash the virus.

NSW Chief Health Officer Dr Kerry Chant again urged people to get vaccinated, saying we “need to get vaccine coverage levels up” across all age groups.

But Dr Jamal Rifi, who runs the busy Belmore Respiratory Clinic at Belmore in south-west Sydney, says while there’s been an uptick in vaccination numbers in the last few days, many are still refusing AstraZeneca.

“In the present climate where the danger of COVID-19 is clear, you would expect that people would flock to have any vaccine available,” he said.

“Unfortunately, people are demanding to have the Pfizer one – even elderly people, 70 and eighty, have made up their minds that they don’t want the AstraZeneca.”

Rifi explained that the Federal Government has boosted his supplies of Pfizer, going from 240 to 600 doses a week, but he’s keeping that aside to vaccinate people with disabilities and other vulnerable patients in south-west Sydney.

“If I put it online, it will be booked overnight for the next three months.”

Rifi said people from Greater Sydney, including those from the northern suburbs, come to the clinic to get the vaccine, with many in other areas being more tech-savvy then those who live in Canterbury-Bankstown.

Last Saturday, with nurses from his clinic, Rifi took the extra supply and vaccinated 120 people with disabilities and will do the same again this weekend, with the aim of vaccinating another 100.

“So, I need to focus my vaccination on those with the greatest need,” he said.

Rifi welcomed the concerted effort by the federal and state governments to immunise as many people as possible in the Canterbury-Bankstown and other hard-hit LGAs with at least a first dose of vaccination, whether AstraZeneca or Pfizer.

“Hopefully, in the next couple of weeks, we will start to see a reduction in the numbers of people who are testing positive.”

In Fairfield, one of the hardest-hit suburbs, Dr Furio Virant said he had seen a turnaround in vaccine hesitancy with more people coming forward.

“With the cases not going down, people are really thinking, I’ve got to bite the bullet and get immunised with whatever vaccine in available.”

But not everyone is so sure about the take-up of the vaccine, with the Deputy Mayor of Canterbury Bankstown, Rachelle Harika, saying it will be hard to allay fears about AstraZeneca.

“I’m 27 and not entitled to Pfizer because of the shortage of the vaccine. But would I be the one to take AstraZeneca?

“I’m not quite sure because the messaging is very confusing. I am listening to my local GP who says the safe option for me is Pfizer,” she says.

Seventy pharmacies in the hardest hit suburbs are now administering AstraZeneca vaccine to those over the age of 18, while people aged 18-39 will be able to book in for the vaccine at the state’s mass vaccination clinic from Friday (30 July).

Across NSW, 450 pharmacies will be able to vaccinate with AstraZeneca from next Monday.

The President of the New South Wales Branch of the Pharmacy Guild of Australia, David Heffernan, told Croakey News that pharmacists are well equipped to help customers weigh up the risks and benefits of receiving AstraZeneca depending on their circumstances.

The Society of Hospital Pharmacists of Australia also supported the ongoing broadening of Australia’s vaccine rollout to include pharmacists, highlighting their role in supporting NSW’s efforts to suppress the Delta variant outbreak.

Heffernan said the communities of western and south-west Sydney might not always trust government but they trust their pharmacist and the people who work there.

But he has raised concerns about the lack of personal protective equipment (PPE) for pharmacists involved in the vaccine rollout, saying the Federal Government’s Primary Health Networks (PHNs) were failing to get PPE to members, with many having to source and buy their own.

His comments echoed those of the PGA National President Trent Twomey who told the ABC’s World Today program that PHNs needed to “get off the couch” and out into the community to do their job.

For its part, the South West Sydney PHN rejected the criticism, telling Croakey News in a statement that the organisation was a regional not-for-profit that was doing all it could to distribute PPE to pharmacies.

CEO Dr Keith McDonald said logistics weren’t the core role of the SWSPHN but, in response to a request from the Federal Government, it had been working with the NSW branch of the Pharmacy Guild to distribute 21,000 surgical masks, 9,000 N95 masks, 2,200 gowns and 1,000 goggles to 70 pharmacies across the Fairfield, Bankstown and Liverpool areas in three days.

Heffernan said PPE wasn’t the only issue for pharmacies involved in the rollout, saying the process still needs to be worked through.

After vaccination, there’s a fifteen-minute observation period, also the time used to designate a close contact, he explained.

“If someone is asymptomatic, and they come in for vaccine and later are found to be positive, then the whole place will be shut down for 14 days,” he said.

Heffernan said it’s a difficult issue and something the Guild is trying to get its head around with pharmacies looking at setting up designated areas for those getting the vaccine.

He understands the difficulties for NSW Health but wants a “common sense approach” to help pharmacies who want to come on board to be able to stay open.

His concerns are reflected in the number of pharmacies in western and south-west Sydney that are being forced to close every week due to serving customers who are unaware they have the virus.

“They are finding it very difficult. It’s not like they have a B team on the shelf ready to deploy at the flick of a switch.”

In Belmore, Dr Jamal Rifi said all his staff are “under the pump”, testing around 400 people a day and vaccinating another 130 a day, a number that will increase to 180 a day next week – with both Pfizer and AstraZeneca.

He said when Premier Gladys Berejiklian announced that tradies from Canterbury-Bankstown had to be tested every three days to work outside the local area, testing rates went to a record of 500 in a day.

Adding to the difficulty of processing so many tests is the form for patients to complete before COVID-19 testing, which many find confusing and o often need assistance to fill them out.

It’s an issue Rifi has taken up with the Federal Health Department and is hoping it will be streamlined to save hours of precious time and frustration for all patients, but particularly for those from non-English speaking backgrounds.

In a bid to cope with the increasing workload, Rifi is giving his team more frequent breaks and trying to let them have time off together so they can sit down and talk.

Rifi said even controlling the traffic had been stressful, with the clinic now having traffic controllers to manage the cars lining up for testing and vaccines.