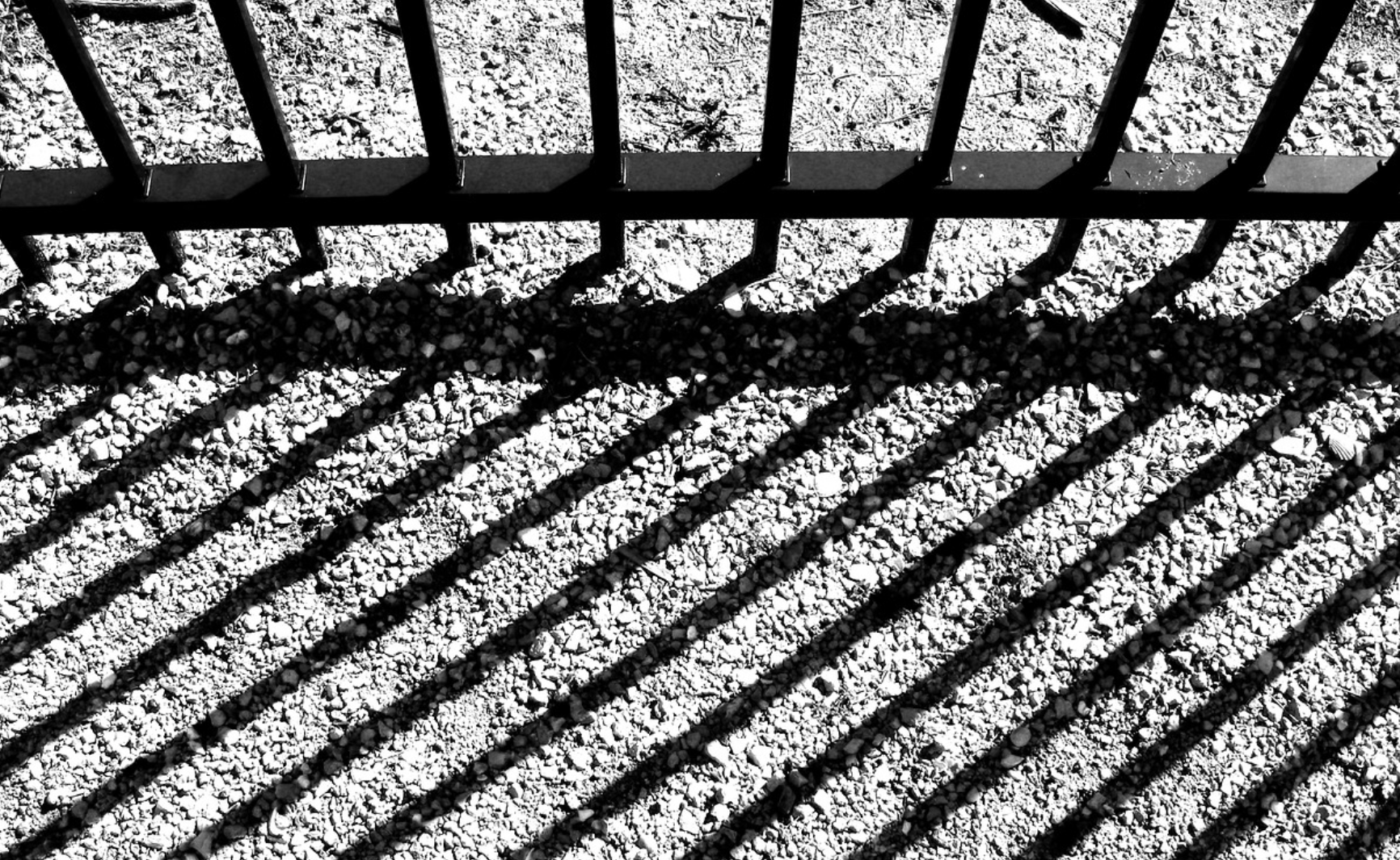 The recent ABC 4 Corners program “Locking up Kids” has highlighted – yet again – the many ways in which our justice system fails Aboriginal young people.

In the article below, first published in The Conversation, authors Dr Summer May Finlay (University of Wollongong), Dr Ee Pin Chang, Jemma Collova and Professor Pat Dudgeon (all from The University of Western Australia), describe how the juvenile justice system harms the mental and physical health of Indigenous youth and outline three key commitments that governments need to make to deliver systemic change.

This article contains information on violence experienced by First Nations young people in the Australian carceral system. There are mentions of racist terms, and this piece also mentions self harm, trauma and suicide.

The report was nothing new. In 2016, Four Corners detailed the brutalisation of Aboriginal people in the Northern Territory’s Don Dale Youth Detention Centre, in its episode “Australia’s Shame”. Also in 2016, Amnesty International detailed the abuse children were receiving in Queensland’s juvenile detention facilities.

Children should be playing, swimming, running and exploring life. They do not belong behind bars. Yet, on any given day in 2020-21, an average of 4,695 young people were incarcerated in Australia. Most of the young people incarcerated are Aboriginal and Torres Strait Islander.

Despite Aboriginal and Torres Strait Islander young people in WA making up just 6.7% of the population, they account for more than 70% of youth locked up in Perth’s Banksia Hill Juvenile Detention Centre.

The reasons so many Aboriginal and Torres Strait Islander peoples are detained are linked to the impacts of colonisation, such as intergenerational trauma, ongoing racism, discrimination, and unresolved issues related to self-determination.

The Four Corners documentary alleged children in detention were exposed to abuse, torture, solitary confinement and other degrading treatment such as “folding”, which involves bending a person’s legs behind them before sitting on them – we saw a grown man sitting on a child’s legs in this way in the documentary.

The documentary also found Aboriginal young people were more likely to be held in solitary confinement, leading to the young people feeling helpless. Racism was also used as a form of abuse, with security calling the young detainees apes and monkeys. One of the young men detained at Banksia Hill expressed the treatment he received made him consider taking his own life. 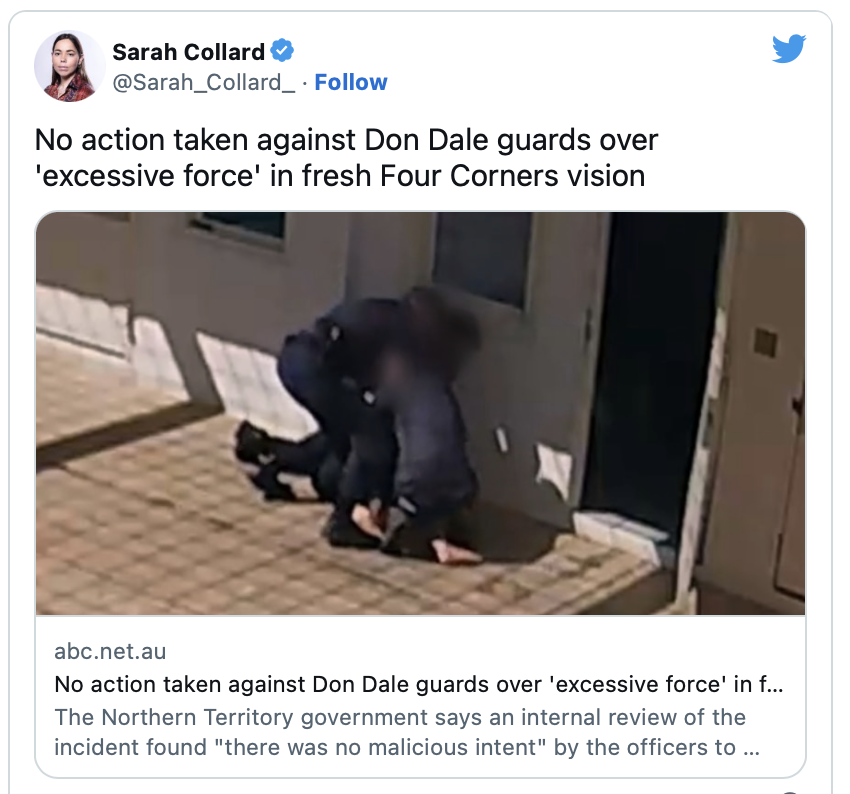 Data from the Australian Institute of Health and Welfare revealed that more than 30% of young people in detention were survivors of abuse or neglect. Rather than supporting the most vulnerable within our community, the Australian justice system is imprisoning traumatised and often developmentally compromised young people.

Research has shown pre-existing mental health problems are likely exacerbated by experiences during incarceration, such as isolation, boredom and victimisation.

This inhumane treatment brings about retraumatisation of the effects of colonisation and racism, with feelings of hopelessness, worthlessness and low self-esteem.

Youth detention is also associated with an increased risk of suicide, psychiatric disorders, and drug and alcohol abuse.

Locking young people up during their crucial years of development also has long-term impacts. These include poor emotional development, poor education outcomes, and worse mental health in adulthood.

As adults, post-release Aboriginal and Torres Strait Islander peoples are ten times more likely to die than the general population, with suicide the leading cause of death.

You don’t have to look far to see the devastating impacts of incarceration on mental health. Just last year, there were 320 reports of self-harm at Banksia Hill, WA’s only youth detention centre.

Locking up kids increases the likelihood of reoffending

Without proper rehabilitation and support post-release, Aboriginal and Torres Strait Islander young peoples often return to the same conditions that created the patterns of offending in the first place.

Earlier this year, the head of Perth Children’s Court, Judge Hylton Quail condemned the treatment of a young person in detention at Banksia Hill, stating:

When you treat a damaged child like an animal, they will behave like an animal […] When you want to make a monster, this is how you do it.” 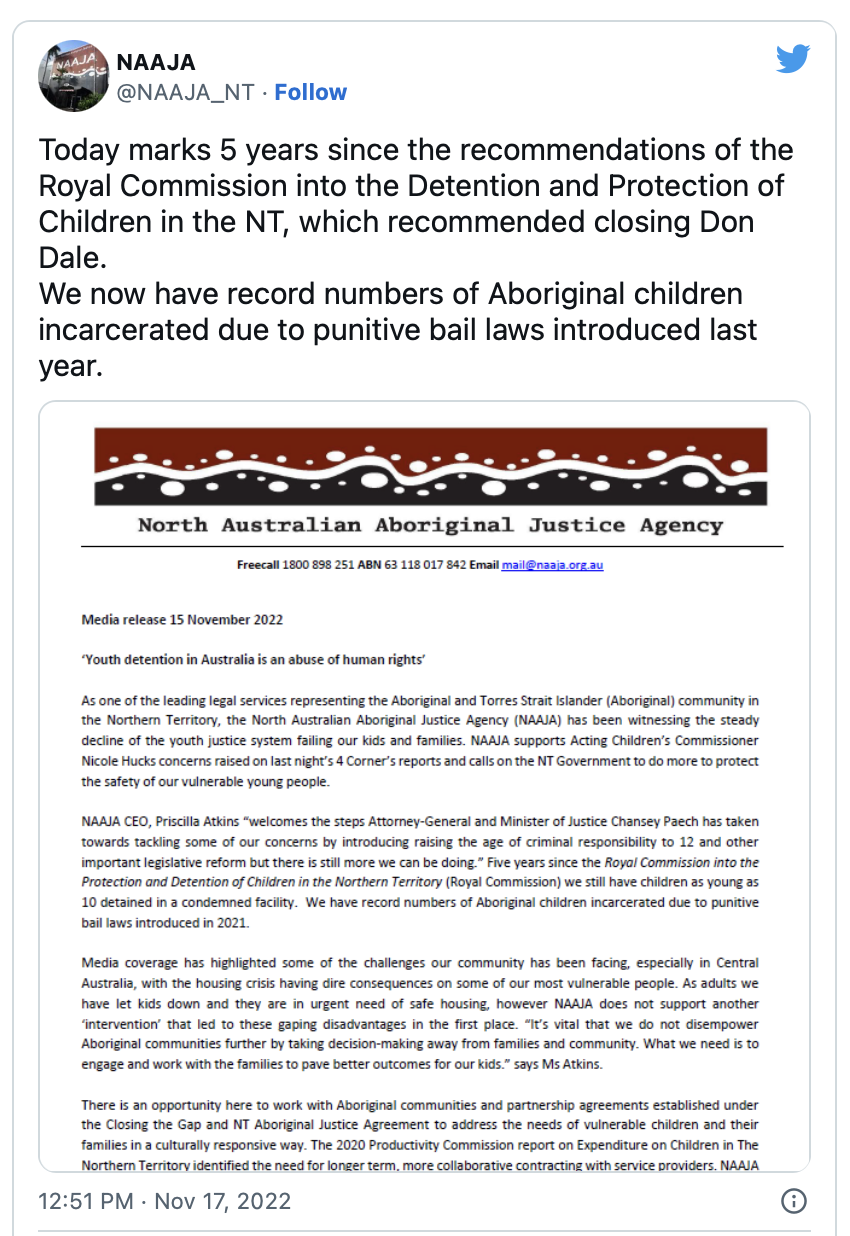 There needs to be substantive change in how young people who come in contact with the justice system are treated. We need governments to commit, under Closing the Gap, to whole-of-system change through:

Aboriginal and Torres Strait Islander children are not born criminals. They are born into systems that fail them, in a country that all too often turns a blind eye before locking them up.

The Australian Government needs to work with First Nations communities to ensure the safety and wellbeing of all Aboriginal and Torres Strait Islander peoples, including our future generations.

If this article has caused distress, please contact one of these helplines: 13yarn, Lifeline, Headspace

PrevPreviousWith storm clouds ahead, it’s time for “transformational change for environmental, planetary, and human health”
NextFrom the Torres Strait, a call for community leaders to be at the centre of loss and damage reparations, and climate actionNext