Luke Batty inquest: on the need for a systems approach to protect women and children

As a coronial inquest resumes this week into the death of Luke Batty, policy expert Dr Chris Atmore says we need to be taking much more of a systems approach to preventing family violence.

Dr Atmore is a Senior Policy Adviser at the Federation of Community Legal Centres Victoria, and co-leads the Victorian Family Violence Justice Alliance and the Australian Inquest Alliance, a recently formed campaign for national coronial reform.

This week (December 1) sees the resumption of the coronial inquest into the death of 11-year-old Luke Batty, who was killed by his father Greg Anderson at cricket practice in the Victorian town of Tyabb on 12 February this year.

It’s a case which has captured national media attention, not least because of the powerful advocacy on behalf of women and children who experience violence from men by Luke’s mum Rosie Batty, who is Victoria’s nominee for Australian of the Year.

Rosie has helped to draw greater concern about a host of other family violence murders in recent times in Victoria, indeed across Australia, including:

Such tragedies – and the evidence that the state had failed to protect women and children who were clearly at risk – pushed family violence onto the agenda – for the first time any of us can remember – at the recent Victorian election.

While the major parties have still not responded as well as they need to – see the scorecard published last week by the No More Deaths family violence alliance ­–  the Labor victory means we have the prospect of the nation’s first ever Royal Commission into family violence.

In the meantime, the inquest into Luke’s death is raising many of the issues that are likely to be investigated by a Royal Commission.

The inquest looks into the causes and circumstances of Luke’s death and must also consider issues of public health and safety and the administration of justice, particularly the question of whether his death could have been prevented.

We know all too well that the killing of Luke was not an isolated event. According to the First Report from the Victorian Systemic Review of Family Violence Deaths (VSRFVD), over 2000–2011 there were an average of 27 family violence-related deaths each year – about 40 per cent of all homicides.

Almost half of these were intimate partner killings, and about one third parent-child (parents killing children, or the reverse).

Coroners have been making recommendations in family violence-related inquests with the support of the VSRFVD since 2011. It is striking how often the same kinds of system failings are identified. For example, the need for:

Rosie’s evidence in the first three days of the inquest in October about the myriad processes and structures she had to try to access and understand illustrates the byzantine journey victims of family violence often have to undertake.

Her distressing experience as a witness tells us that as well as finding the gaps in responses and support offered by police and child protection, we need also to find better ways of examining family violence deaths that don’t cause great trauma to the survivors.

We need to think about how we can get evidence from bereaved family members differently, so that how they are expected to tell us what happened doesn’t perpetuate the abuse of the original processes.

Could an inquest live up to its therapeutic promise and actually become more like a mini-truth-and-reconciliation inquiry involving all the parties? New Zealand’s family violence death review process, while not inquest-based, could offer some lessons.

We have occasional glimpses of what that might be like. Rosie’s friends in court wearing yellow for Luke. A beautiful photograph of Luke on the railing of the witness box. A police officer covering his face as Rosie talks about system failure. A child protection solicitor in tears as Rosie’s raw anguish is exposed. But the process needs more built-in compassion, and less lawyerly ‘objectivity’ as the only response to the bereaved person reacting to yet another upsetting request to go to a painful place.

Still, the strength of our modern coronial system lies in the way it is underpinned by a system approach to death prevention, and is the reason Victoria’s family violence advocates continue to push so hard to restore resourcing for the VSRFVD, which lost its dedicated funding in July 2010 and currently has severely limited capacity. (In response to this ‘ask’ from the No More Deaths alliance, the Coalition, the ALP and the Greens have recently all committed to at least some degree of additional funding for the VSRFVD.)

Many of the concepts and theories of this approach are informed by lessons in the medical realm. The practice of different personnel checking the same details with the patient multiple times before surgery, in order to try to avoid the ‘removal of the wrong leg’ scenario, is one illustration.

James Reason, writing in the British Medical Journal in 2000, talks about the system approach as being one that concentrates on the conditions under which individuals work and tries to build defences to avert errors or mitigate their effects.

It is for the Coroner to decide which, if any, of those conditions, errors and effects that are found to exist, together with their interrelationships, are significant in the circumstances of the death, and whether recommendations should be made that flow from this and might strengthen death prevention.

Of course we know that people sometimes commit wilful acts or behave in grossly negligent ways. However, Reason stresses the importance of focusing less on the individual origins of error and much more on the system context of those acts or omissions. One of the advantages of this stance is that it helps us identify the recurrent patterns in avoidable deaths.

Reason talks about the “Swiss cheese model” of system accidents (or we might want to call them ‘failures’). If each slice of cheese is a defensive layer that the system has put in place to avoid preventable deaths, then because the cheese is Swiss, the slices have holes in them.

He argues that holes can come about through either active failures – unsafe acts committed by people in direct contact with the victim – or latent conditions – the ‘resident pathogens’ in the system that can produce unsafe acts – for example, due to understaffing – and that create longstanding weaknesses in the system – for example, unworkable procedures.

The presence of holes in any one slice does not usually cause a fatal outcome because the slices are all in a row and the holes are in different places. But if they do line up momentarily, hazards are brought into damaging contact with victims.

It’s hard to predict active failures. Reason compares them to mosquitoes that can be swatted but just keep coming.

But the latent conditions are the swamps where the mosquitoes breed. And we can drain the swamps.

This article is drawn from the regular blog posts she is writing on the key systemic issues as they emerge during the Luke Batty inquest, which aims to set each day’s public proceedings in the broader context of family violence and family violence homicides, with links to selected media analysis. Find her past posts here.

More reading: ‘We must end this global disgrace’
Read about a UN-led global campaign – 16 Days of Activism against Gender-Based Violence, which is now underway, running until December 10.  The hashtags #Orangeurhood and #16days are being used to raise awareness on social media. 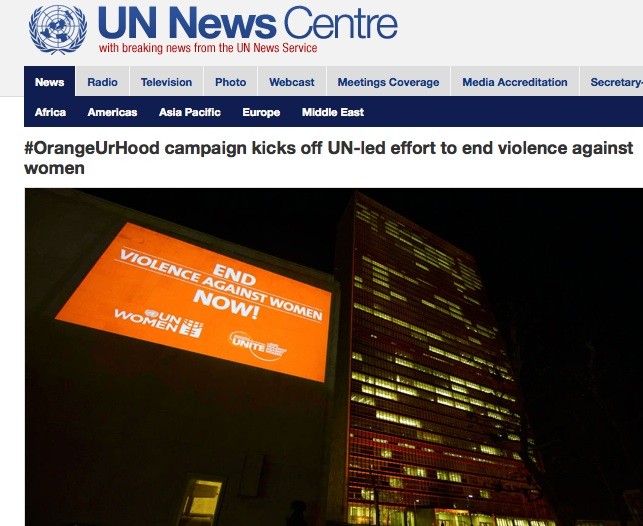