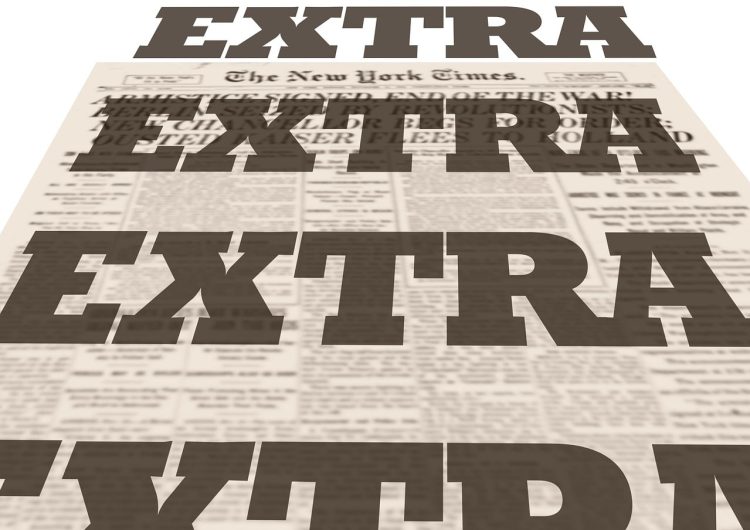 As the capacity of mainstream media outlets to fund quality journalism continues to decline, they become increasingly reliant on cheap, externally sourced content.

In this post, UnitingCare ReGen CEO Laurence Alvis highlights the increasing success of for-profit providers of alcohol and other drug (AOD) treatment and drug testing services in securing free promotion (and occasional explicit endorsement) of their services by  compliant (and unquestioning) media outlets.

He argues that this success is distorting public understanding of the impacts of AOD use, the treatment options available and appropriate policy responses.

Like other publicly-funded, not-for-profit alcohol and other drug (AOD) treatment services, UnitingCare ReGen faces a conundrum when dealing with the media.

We recognise the enormous damage done by tabloid reporting on issues relating to drugs, and the people who use them due to the myths, stigmatisation and hyperbole that typically dominate the public debate.

As a sector we should do more to engage with community discussion of AOD issues. However, we are limited in how we can advocate by two key factors:

This means that we say no when media outlets ask us to make available a person in recovery to provide a personal narrative, or want us to give them a sensationalist or inflammatory statement as a hook for a story.

We don’t do sensationalism and are deeply aware of the potential impacts of media exposure on people’s family relationships, employment prospects and long-term recovery.

For ReGen, social media and platforms such as Croakey have provided us with opportunities to reach a wider audience and support informed public debate.

However, we still strive for a more informed public debate, based on evidence and respect, within the mainstream media.

It is in this context that we have observed, in the past two years, a rise in media coverage of AOD issues that is sourced from for-profit services.

This is particularly concerning to us, due to the lack of accountability within the for-profit AOD treatment sector.

While there are for-profit services that provide good quality care, the absence of any regulation or requirements for transparency allows some services to make unfounded marketing claims of success.

We are concerned that such advertising exploits vulnerable families who are often desperate for a ‘cure’.  This marketing also helps justify the high fees that are often charged by these services, which can contribute to a belief among consumers that ‘you get what you pay for’.

As publicly funded services (usually provided at no – or minimal – cost to consumers), we have a strong evidence base and a high degree of transparency, but we do not undertake this sort of marketing.

This issue is becoming increasingly important as there has been a marked increase in the establishment of unregulated, for-profit services recently, fuelled by community concerns about the impact of methamphetamine use and capacity issues within publicly funded treatment services.

Business appears to be booming for for-profit drug treatment and drug testing services and we are seeing a significant increase in ‘advertorial’ content published on behalf of for-profit providers.  Much of this content appears to take marketing claims at face value or, at best, does not present supporting evidence for such claims.

For example, we have observed the recent success of a private drug testing business positioning itself as a key player in the national drug policy debate with claims which often appear to go untested by the mainstream media.

Google ‘Andrew Leibie’ of Safe Work Laboratories and you’ll uncover an array of local and national coverage about Mr Leibie, including his often unquestioned advocacy on the need for and value of drug testing services.

Concerns about this coverage have already been raised, but it is simply a local example of the global marketing of testing for drug consumption as a solution to social ills, in spite of evidence that it doesn’t reduce use or harm in the workplace and can significantly increase harms.

Recently ReGen responded to another example of this type of reporting: a gushing promotional piece for The Cabin Chiang Mai, published by Fairfax’s Traveller site.

Similar pieces about this business have appeared in other recent Fairfax Traveller and sports sections.  In each case, the articles do include a personal testimonial, but appear to have considered no alternative source to validate the service’s claims.

After expressing our concerns to Fairfax on one, we were advised that the most egregious paragraph (which says a program is achieving “sobriety success rates (that) far outstrip those offered by Australian rehabilitation centres”) had been removed.  However, at time of writing, the paragraph was still included in the original article.

In Australia, mainstream media continue to have enormous influence on public understanding of AOD issues, appropriate policy responses and how people can get help.

When media outlets uncritically repeat the claims of those with a clear vested interest, they implicitly endorse the services they represent.  This makes media outlets complicit in distorting public understanding of key issues and promoting practices which may be unethical and not be supported by evidence.

Need for better advocacy, regulation, and a media code of practice

As a sector, we need to remain vigilant to ensure that the compliance of increasingly stretched media outlets does not further erode the quality of public debate.  And we need to improve our own advocacy practice, to provide credible alternative media sources to those with vested interests.

As part of the solution, we call on the Federal, State and Territory Governments to commit to the development of a consistent regulatory framework (such as those already in place for private hospitals) for for-profit AOD treatment services.

Clear standards (and compliance requirements) for transparency, service quality and ethical practice by for-profit providers will help prevent unethical practice within the sector and, most importantly, improve the effectiveness of services for vulnerable individuals and families.

We also call on media organisations to work together with the AOD treatment sector to develop a code of practice for reporting on AOD use, treatment and recovery.  There have been significant recent improvements in reporting of mental health and suicide.  Alcohol and other drugs should be next.