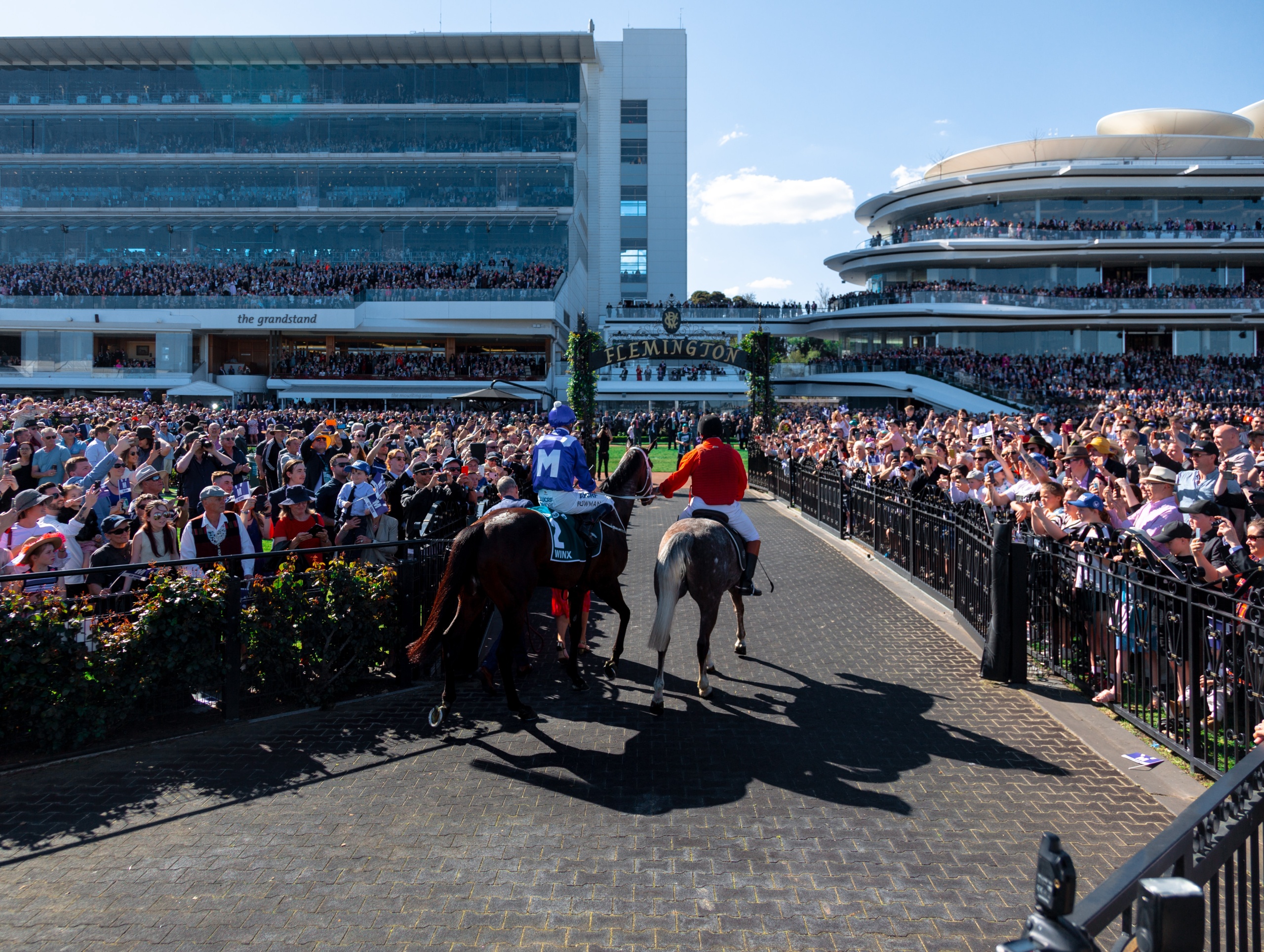 While alcohol is one risk factor for increasing cases of domestic violence on or around major sporting events, other factors – including gambling, subsequent income loss, sports culture and emotive connection to a sport – come into play, according to a new systematic review by academics at La Trobe University.

Dr Kirsty Forsdike, Dr Anne-Marie Laslett and Associate Professor Leesa Hooker discuss key results from the review below, stating that “policies to address domestic violence associated with sport need to be tailored to the places where an event is taking place and how a countries, or even state’s, culture influences sporting fans’ behaviour.”

The below article was first published in The Conversation under the heading ‘This Melbourne Cup, alcohol and sports collide. We need to watch out for domestic violence’.

Not everyone looks forward to the Melbourne Cup. Domestic violence and emergency services ready themselves for a potential increase in calls, call-outs and admissions.

But as our recent review shows, the Melbourne Cup isn’t the only major sporting event around the world linked to a rise in domestic violence.

Not everyone agrees on why this is happening. We show alcohol is just one factor.

Police-recorded assaults and emergency department presentations for assault increase on or around the major sporting events in Victoria – the AFL grand final, Melbourne Cup and Formula One.

In particular, domestic violence assaults rise significantly on the day of the Melbourne Cup.

Our review also shows domestic violence increases on days of, and around, major sporting events around the world. This includes major National Football League games in the United States and Canada, and soccer matches in Scotland.

Not everyone agrees on why domestic violence is linked with major sporting events.

We know perpetrators are more likely to use violence or become more violent during public holidays in Australia. Both the AFL grand final and the Melbourne Cup receive a dedicated public holiday in Victoria on or around the event.

Alcohol is certainly a risk factor for increased frequency and severity of domestic violence. The use of alcohol during major sports events and over holidays is well documented.

Similarly, gambling and stress over income loss is also linked to the increased use and escalation of domestic violence. These too can occur around the time of events, such as the Melbourne Cup.

But focusing on alcohol and gambling alone runs the risk of such violence being excused. This focus can send the message that men cannot be held entirely responsible for their behaviour.

A sport’s culture can also be a contributing factor to domestic violence. Sport, violence, and what it means to be a man have long been recognised as connected. For instance, coaches promote aggression for performance.

However, our review also showed that not all sports or their events are associated with domestic violence. Each sits within a culture that differs from sport to sport and country to country.

Some studies we reviewed showed that contact sports, such as American football, were associated with increases in domestic violence. Meanwhile, other contact sports, for instance, rugby union in the United Kingdom, were not.

Perhaps emotionally charged games may best indicate whether an increased rate in domestic violence is likely. Examples include finals, or when a team is close to winning or losing a league.

Frustrating or controversial outcomes, such as poor play or refereeing decisions, may also predict a rise in domestic violence.

An unexpected loss, for example, is connected with increased domestic violence rates, more so if that game is also considered important, for example during finals or potentially exiting a World Cup.

However, a UK study found that alcohol-related domestic violence significantly increased only when England won, not when they lost or drew. So losing is not necessarily the key factor.

Drinking motives may come into play here, with different supporters drinking (more) to celebrate or to cope.

When taken together, we can conclude it’s the culture of a particular sport in a particular country, exaggerated by keen rivalry, how emotionally charged a game might be, and when the game is played, that can predict a rise in domestic violence. That’s in addition to increased gambling or alcohol use linked to these events.

What can we do about it?

Policies to address domestic violence associated with sport need to be tailored to the places where an event is taking place and how a countries, or even state’s, culture influences sporting fans’ behaviour.

We need to think about:

Initiatives need to be developed with support from policy makers, state, and national sports organisations, as well as specialist domestic violence and emergency services.

They need to be effectively tailored to the sport, its fans, and the cultural context being targeted. They need to happen now and be evaluated.

William Douglas, policy and projects officer at No to Violence co-authored this article and is a partner in the research mentioned in it.

Anne-Marie Laslett is a Senior Research Fellow in the Centre for Alcohol Policy Research at La Trobe University. Laslett receives funding from the Australian Research Council and *veski *The Victorian Near-miss Award Pilot is being administered by veski for the Victorian Health and Medical Research Workforce Project on behalf of the Victorian Government and the Association of Australian Medical Research Institutes. Funding for the Pilot has been provided by the Victorian Department of Jobs, Precincts and Regions. The Victorian Near-miss Awards are provided to eligible individuals who narrowly missed out on the 2021 NHMRC Investigator Grant funding in the Emerging Leaders 2 stream.

Leesa Hooker is the Research Director at Rural Judith Lumley Centre, La Trobe Rural Health School, La Trobe University. Associate Professor Leesa Hooker currently receives funding from a Victorian Department of Jobs, Precincts and Regions Crime Prevention grant. She does not work for, consult, own shares in or receive funding from any company or organisation that would benefit from this article, and has disclosed no other relevant affiliations beyond her academic appointment.

PrevPreviousWhen floods are all around, do we still need to worry about bushfires?
NextCrime and incarceration: can we have less of both?Next